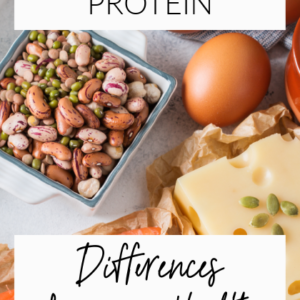 Animal vs. plant protein. What’s the difference between protein sources in terms of health outcomes? Here’s what research says about the pros and cons of protein types, plus I’m sharing a few ideas for using plant protein. 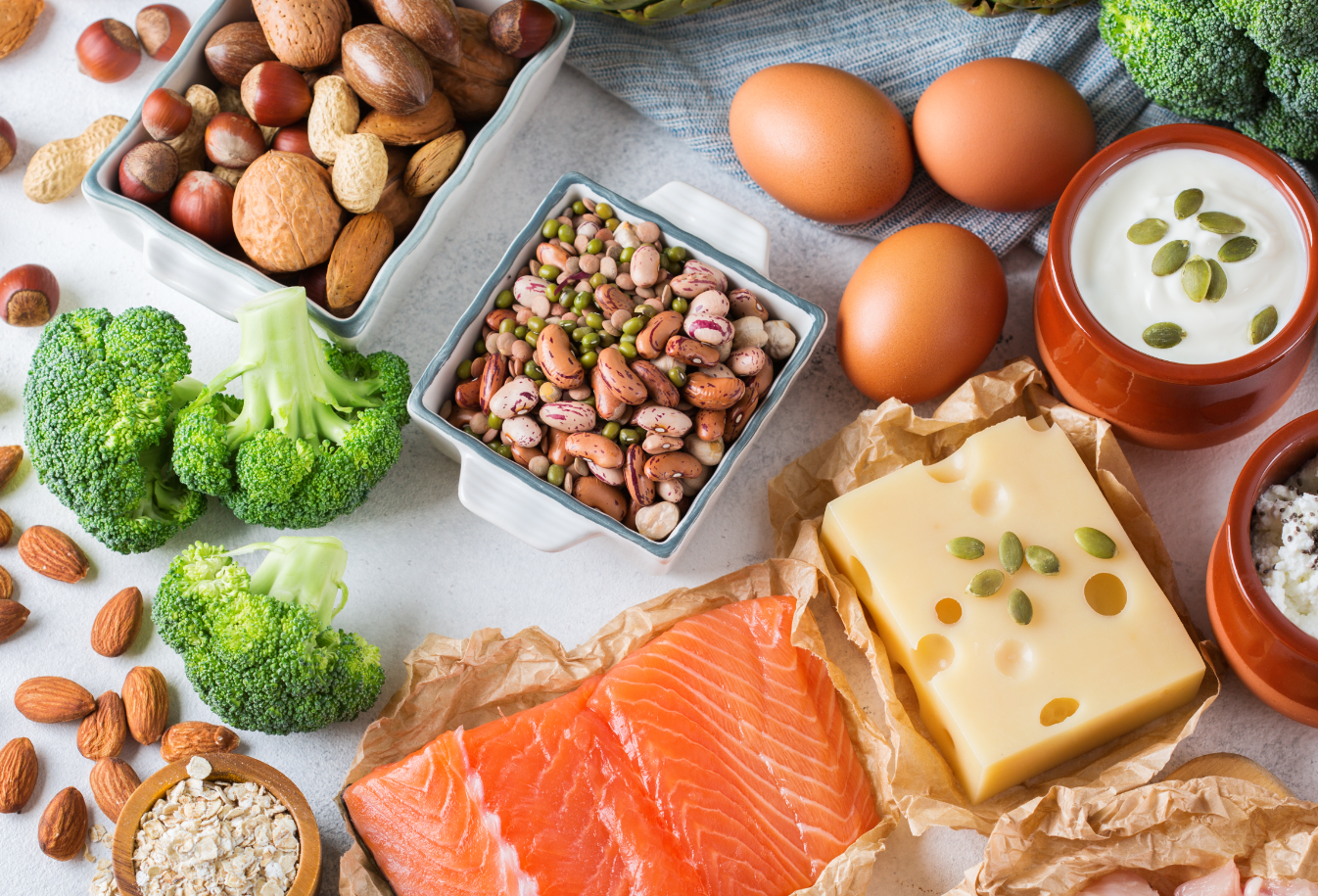 Protein (and pretty much every other nutrient) is widely debated in terms of how much you need, whether it’s “good” or “bad” for you, and where to get it in your diet. Many people wonder whether it really matters if you get protein from animal or plant sources.

And it turns out that it does matter. In fact, studies show that the primary type of protein you eat may be associated with better or worse disease outcomes, as well as your overall risk of death.

How Much Protein Do You Need?

While here in the United States we continue to be pretty focused on protein intake, most of us get more protein than we really need. (The real nutrient of concern here is fiber, but that’s a post for another time.)

True protein deficiency is very rare in western countries, particularly if you’re getting enough overall calories from a variety of healthy food sources.

So how much protein do you actually need? The recommended daily protein intake for the average person is around 0.8 grams per kilogram of body weight. For a 140-pound (64-kg) woman, for example, this would translate to approximately 51 grams of protein per day.

And if you eat a plant-based diet? It’s a common misconception that predominantly, or totally, plant-based diets are low in protein. But the truth is that there’s no shortage of protein here because you’ll find some in literally every whole food.

Let’s first look at the differences between the two main categories of protein: animal and plant.

Differences Between Animal and Plant Protein

Protein is more often associated with animal foods, like meat, chicken, fish, eggs, and dairy products. But there are many excellent plant sources of protein too, such as beans, peas, lentils, tofu, nuts, seeds, and grains… even fruits and vegetables have some!

The biggest chemical difference between animal and plant proteins is in their amino acid profiles.

There used to be a rampant myth about plant proteins being “incomplete”. The idea was that you had to combine complementary proteins at the same meal, such as beans and rice, in order to provide your body with all the essential amino acids it needed.

This has since been debunked because it turns out that your body is smarter than these misleading headlines suggest (shocker!).

The truth is that your body is designed to take amino acids from all the foods in your diet and put them together like puzzle pieces to create the protein you need.

Plant proteins still contain all nine of the essential amino acids, but they do tend to have limited amounts of two: lysine and methionine.

Does that mean they’re not as good for you? No! It just means that you shouldn’t be relying on one single food as your main source of protein. Rather, incorporate many sources of plant-based protein into your diet including those that are high in lysine and methionine.

Good sources of lysine include soy, quinoa, pistachios, beans and legumes, and pumpkin seeds. Methionine can be found in sunflower seeds, Brazil nuts, and oats.

Which Protein Type is Best?

There are studies that have shown that our western obsession with protein may actually be hazardous to our health. That’s right – more isn’t always better when it comes to protein.

When it comes to animal or plant protein sources, evidence indicates it’s best to get most (if not all) of your protein from plant-based foods. In fact, research shows that high animal protein intake can increase your risk for early death from things like heart disease, type 2 diabetes, and cancer.

What’s more, the concern about getting too much protein overall appears to be negated when your diet is primarily made up of plant-based protein.

This has been further confirmed by other studies.

In a 2016 study published in JAMA Internal Medicine, researchers examined protein intake, and sources, among 85,013 women and 46,329 men from the Nurses’ Health Study and Health Professionals Follow-up Study. They found that a higher intake of animal protein was associated with a higher risk of all-cause and cause-specific death, whereas plant protein had the opposite relationship. The authors recommended substituting plant protein in place of animal protein, especially processed red meat, for better overall health outcomes.

And a 2019 clinical trial published in the American Journal of Clinical Nutrition concurred. Looking at protein intake data from 2641 Finnish men, the researchers found that higher overall protein intake was associated with mortality among people with existing diseases. They also found that a higher ratio of animal to plant protein, as well as higher meat intake, were associated with an increased risk of death.

Eating predominantly plant protein is better in terms of specific diseases, too.

Heart health: A 2018 study in the International Journal of Epidemiology, including diet data from over 81,000 adults in the Adventist Health Study-2, found that protein primarily from plants is better for cardiovascular health outcomes than protein from animal sources. The biggest differences were seen between meat-based protein and protein from nut and seed sources, the latter having a significant protective effect on heart health.

Type 2 diabetes: A 2017 study among 2,332 men found that eating a diet primarily of plant and egg protein, and minimizing animal-derived protein, results in less risk for developing type 2 diabetes. In fact, replacing just 1% of calories from animal protein with plant protein resulted in an 18% lower risk of type 2 diabetes among study participants. 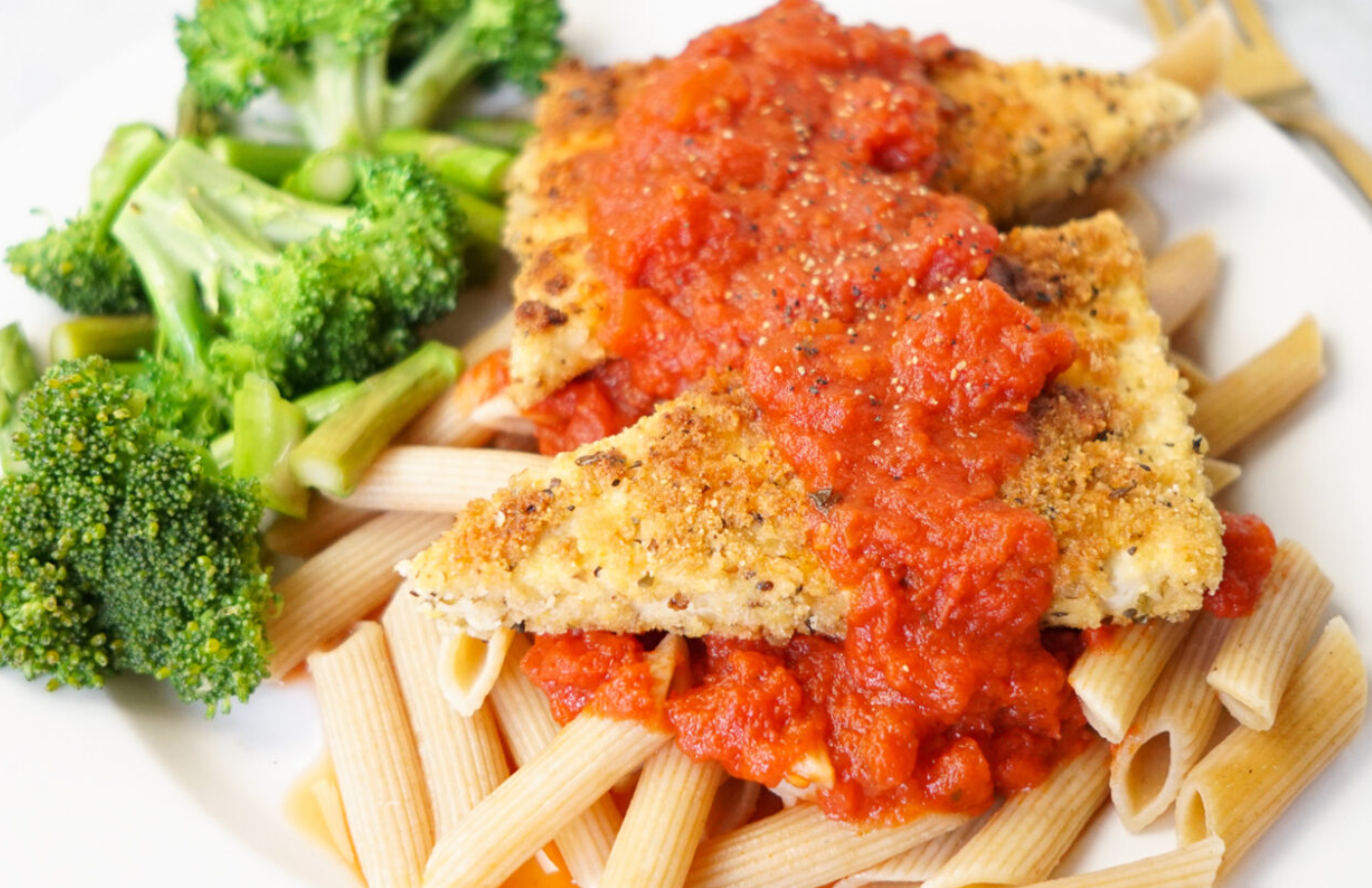 How to Use Plant Proteins

If you’re new to plant-based eating, rest assured that there are plenty of ways to get enough protein without much effort.

Here are some of the best plant sources of protein and how much you’ll find in them:

Tofu, tempeh, and seitan work great in stir fry dishes, sliced and used in sandwiches, or sautéed into a breakfast scramble or taco filling. Beans can be thrown into any soup or salad, used to make bean dip or hummus, included in homemade veggie burger patties and enchiladas, or marinated as a side dish. Heck, I even use them in brownies and smoothies..

I love adding nuts and seeds to smoothies, oatmeal, yogurt, and pudding, or made into a crunchy trail mix. Quinoa and other grains can be used as a base for roasted veggies, made into a cold grain salad with dressing, or even cooked into a breakfast bowl. And of course, veggies can be eaten raw or cooked, added to just about any meal or snack.

Animal vs. plant protein? The verdict is in and it’s another win for a predominantly plant-based diet. Get most, or all, of your protein from plant sources and reap the benefits of a lower risk for various diseases – and maybe even a longer life!

Weigh-in: What are some of your favorite ways to enjoy plant-based protein sources?

Dive further into the science on protein with these articles: