Putting together a plant-based spread this Cinco de Mayo? Here are five of my favorite healthy, vegan Mexican recipes! 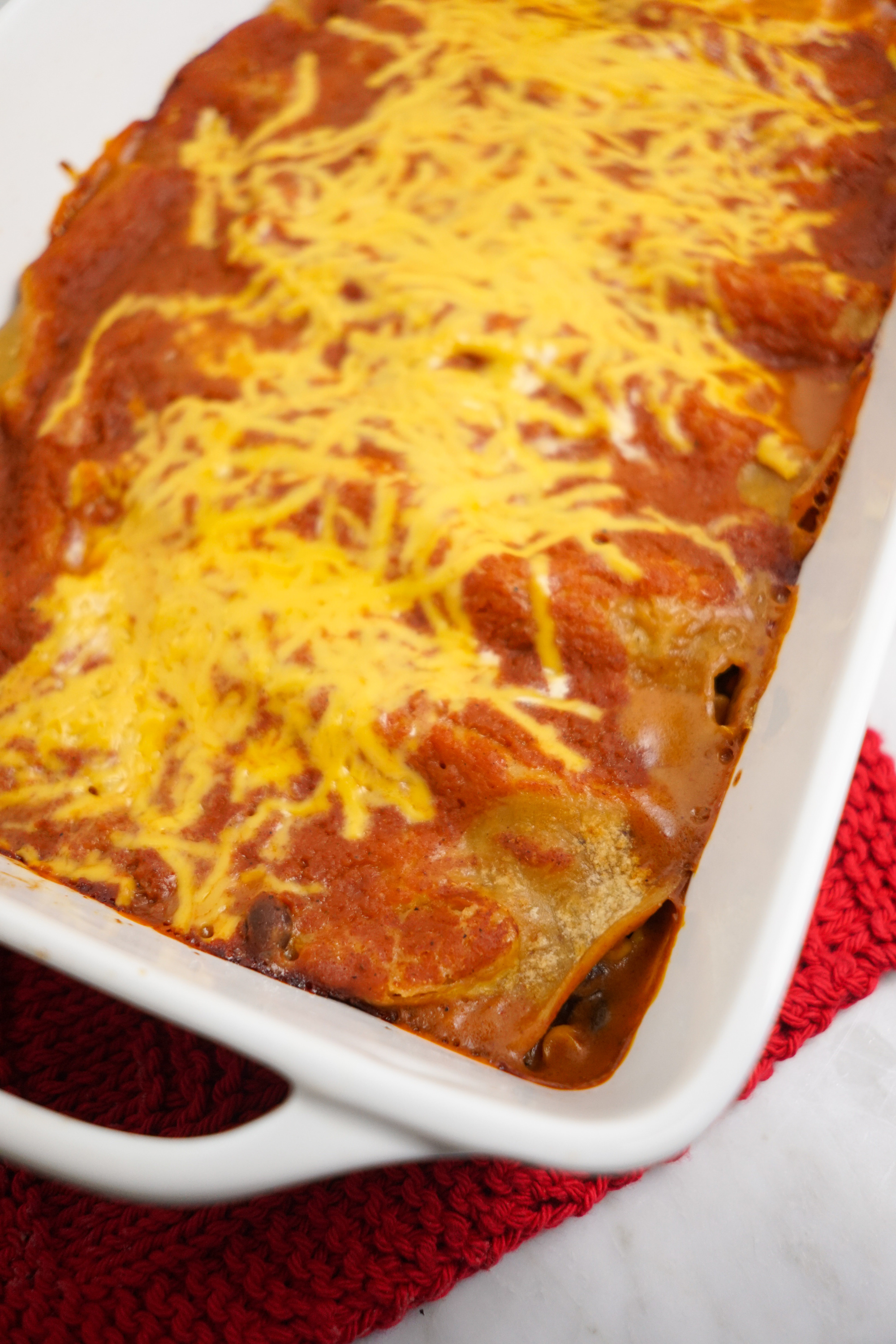 You don’t have to eat cheese or carnitas to have a fabulous Mexican meal this Cinco de Mayo! Plenty of Mexican recipes can be easily transformed into delicious, healthy, vegan dishes with just a few simple swaps.

For example, if you need cheese for nachos, tacos, or burritos, swap for cashew cheese or a potato-based vegan nacho cheese sauce. Need crumbly meat to stuff into tortillas? Sub a lentil walnut taco “meat.” Trying to make classic pork carnitas? Jackfruit is an awesome vegan alternative for this Mexican staple!

Or you can opt to keep it simple and go with traditional rice, beans, tortillas, salsa, and veggies. Despite what many Americans think of when they picture the cuisine of other cultures, the traditional diets of most societies are actually plant-based by nature!

To help you out, I’ve rounded five of my favorite vegan Mexican recipes that I keep in rotation all year round but that are especially perfect for Cinco de Mayo! >> 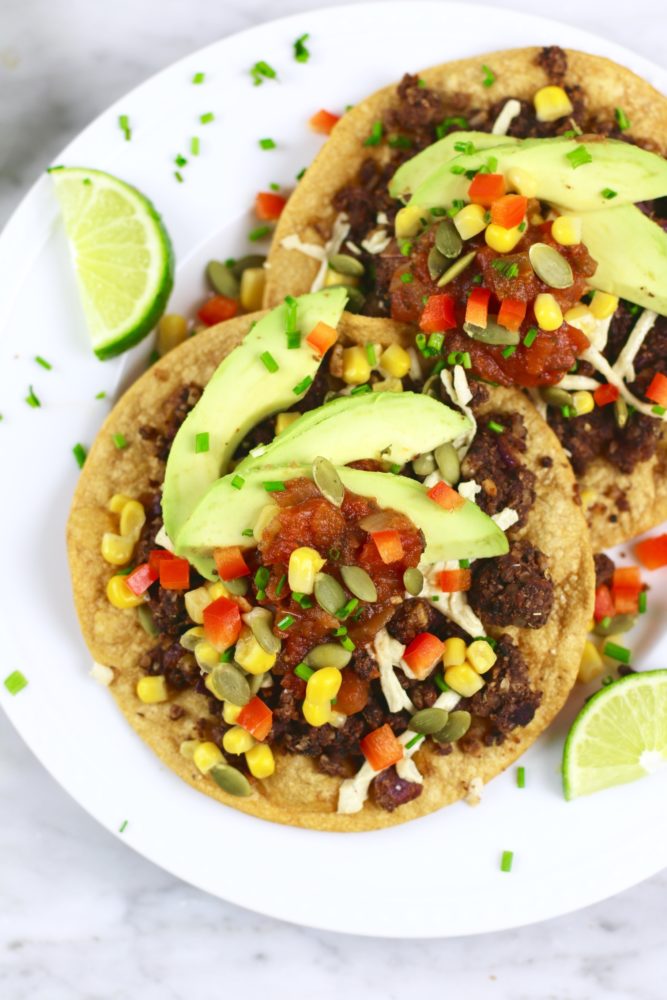 I make the “meat” from this tostada recipe at least once a week. The base is walnuts and beans and it has a crazy resemblance to actual ground beef! In this recipe, I use black beans but I often use lentils instead. You can crumble the vegan meat on top of nachos, tuck it into tacos, wrap it up in a burrito or serve it over a taco salad! 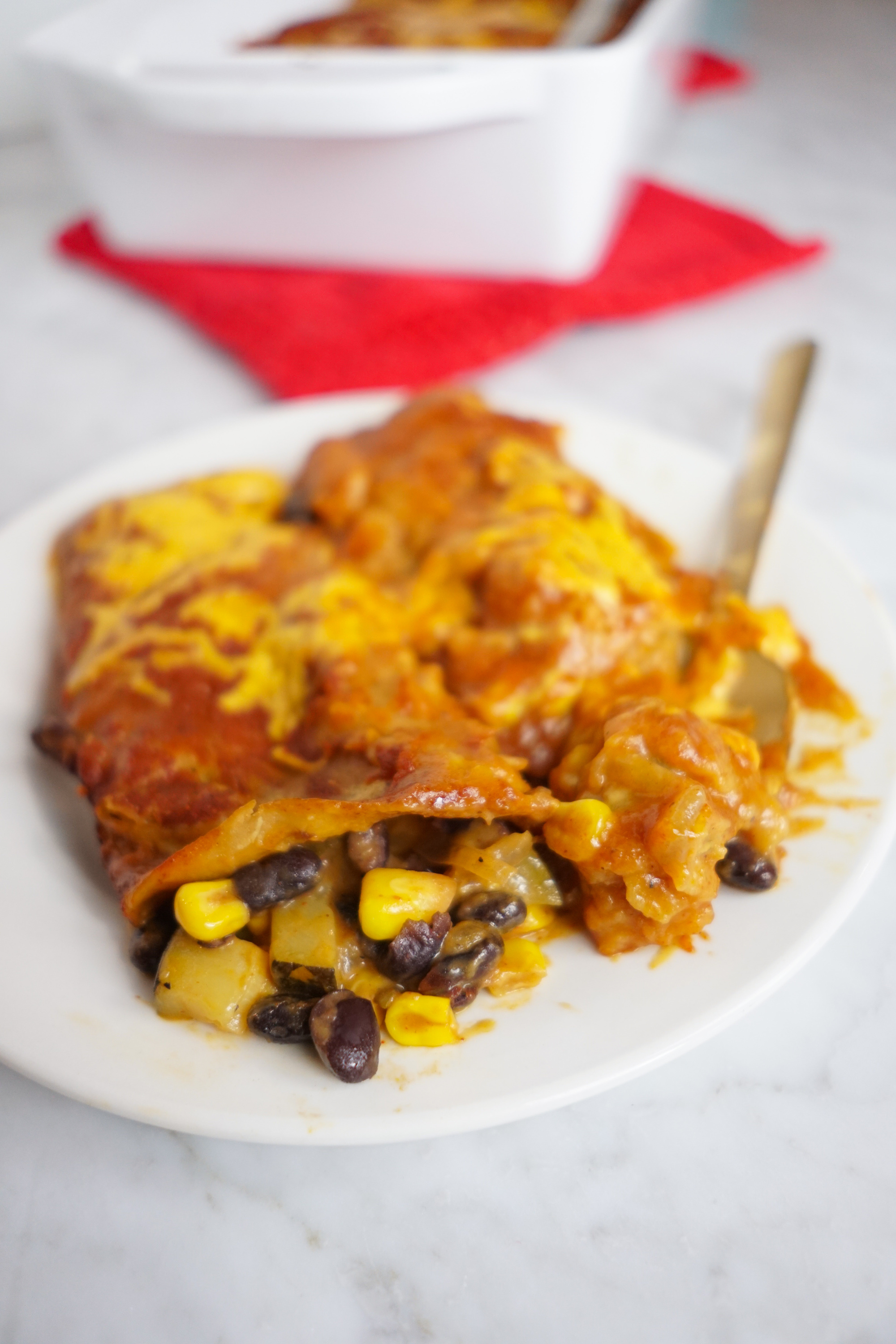 These vegan black bean enchiladas are made with peaches which gives them a delicious sweet and spicy flavor. I know what you’re thinking, fruit in enchiladas, that’s weird. Well, let me tell you – don’t knock it until you try it. They are FABULOUS and only slightly sweet. This is a great recipe if you’re got a large group to feed and makes for awesome leftovers. 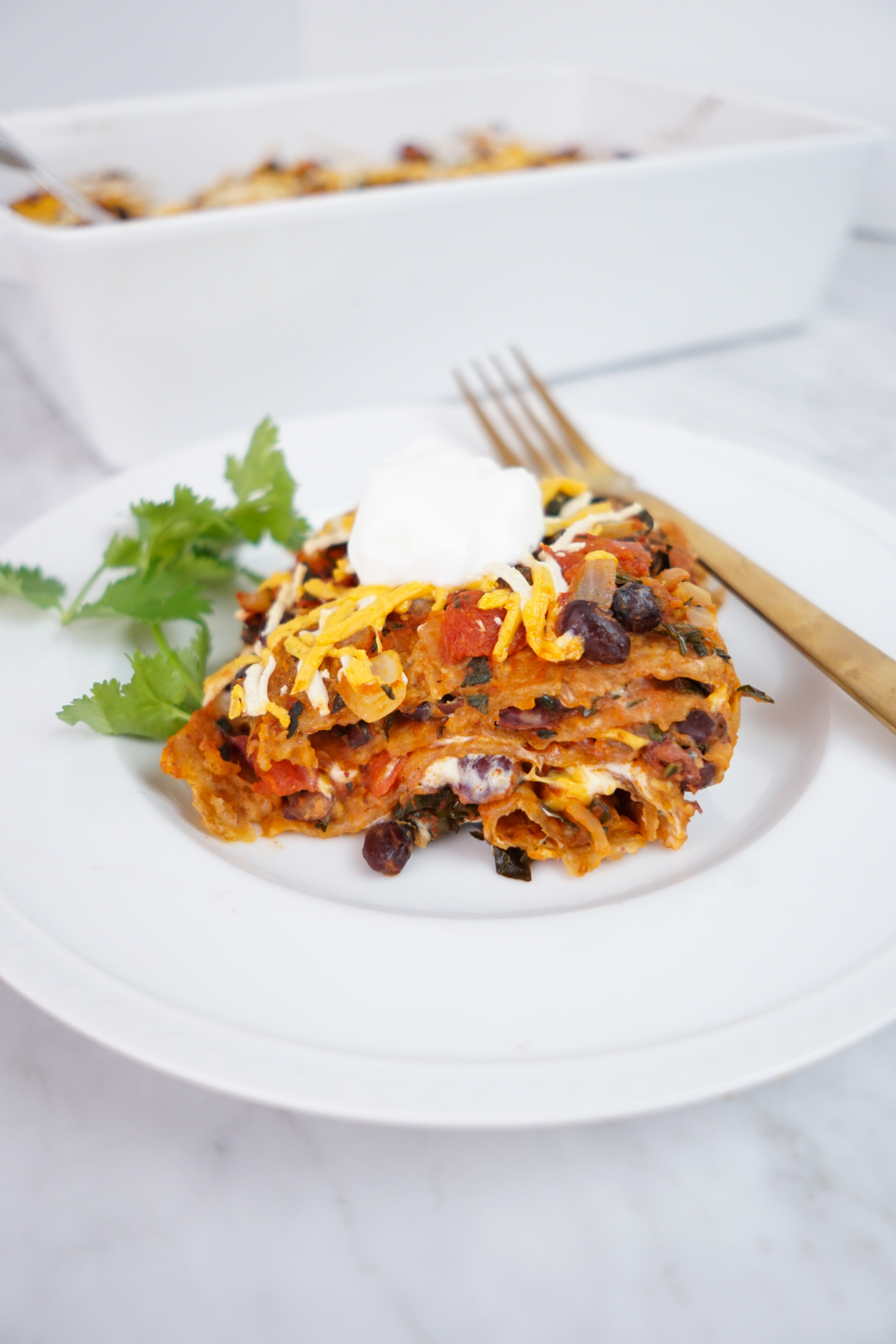 The beauty of this recipe is that you really can’t mess it up! This vegan tortilla casserole is so darn simple. You really just sautee up any veggies you like, then layer them with beans, tortillas, enchilada sauce, and the vegan cheese of your choice. It all comes together into a big, gooey, delicious mound of goodness in just 30 minutes! 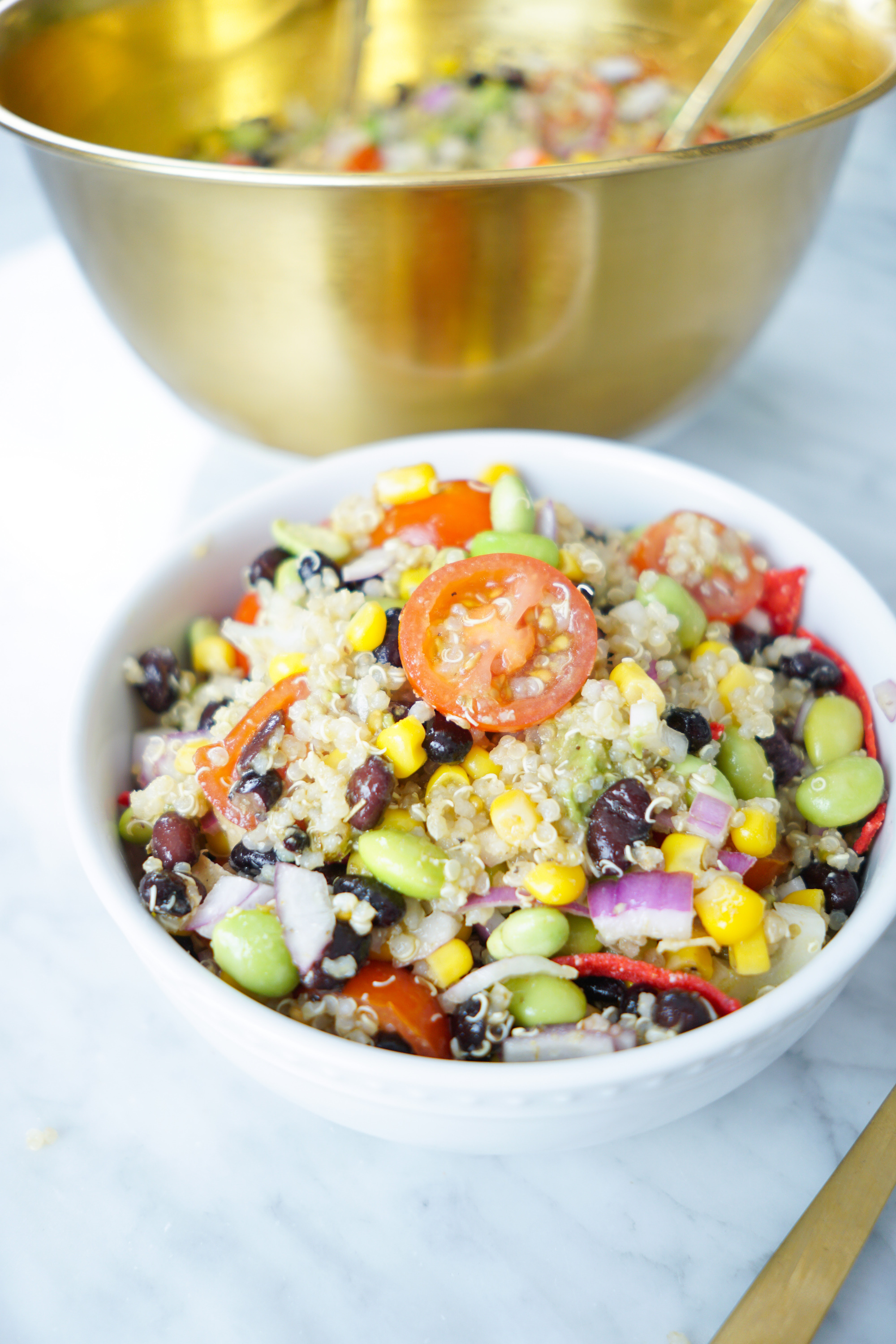 This makes a great Cinco de Mayo side dish or an awesome vegan Mexican lunch recipe for any day of the week! It’s so easy to make and utilizes freezer staples like edamame and corn. Just toss all the ingredients together with the simple dressing and you’re good to go. 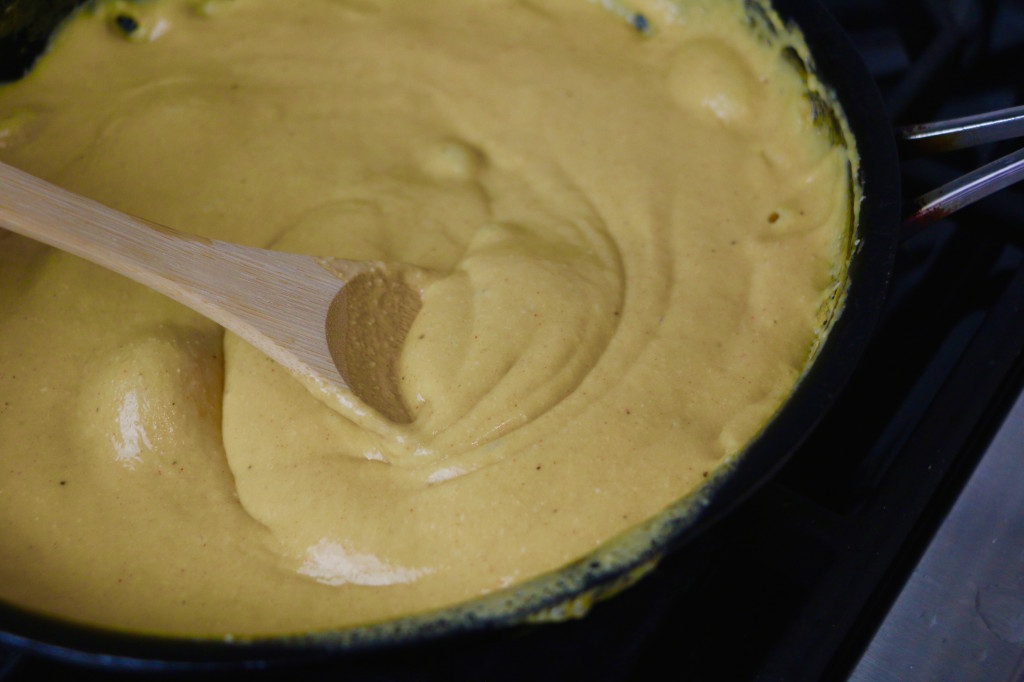 No vegan Mexican recipe roundup would be complete without an awesome nacho cheese dip! This ooey, gooey, savory cheese sauce is perfect for dipping, pouring on nachos, or drizzling over tacos, tostadas, or burritos. It’s so easy to make and will take any dish up a notch! Try subbing it for the cashew cream in the Vegan Tortilla Casserole for a nacho twist.

I hope you enjoy these recipes! Let me know if you do by sharing a pic on social and tagging me @whitneyerd. 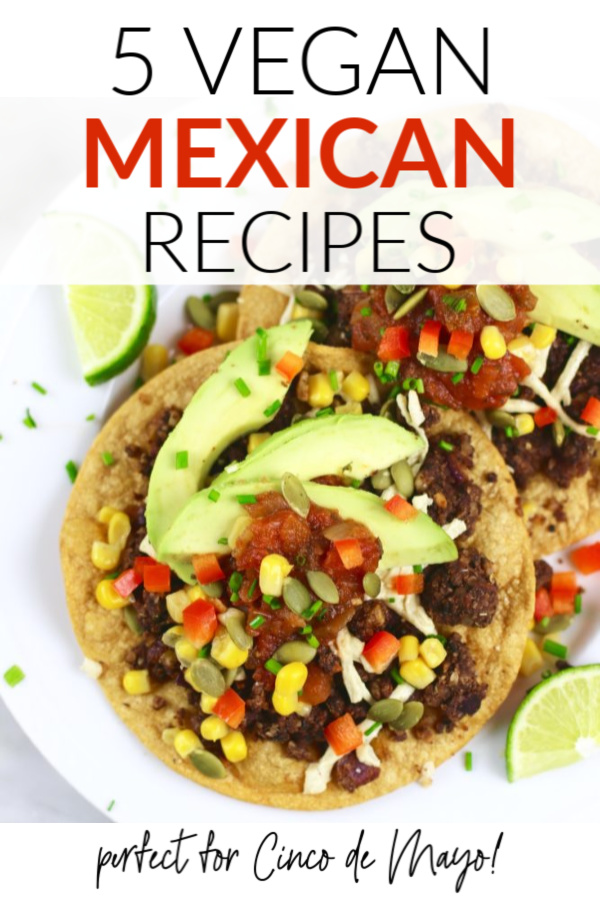 Weigh-in: Will you try these vegan Mexican recipes? What are you making for Cinco de Mayo?