How to Choose the Best Cooking Oil + Is Oil HEALTHY?!

What is the best cooking oil? And is oil even healthy? In this episode of the WERD, I’m talking about different oils and their benefits when it comes to both cooking and health.

I’m frequently asked which cooking oil is best, which has the most benefits, and if oil is even healthy in the first place. There are so many different types of oil out there and a lot of hyped-up information or hyperbolic warnings – so today I want to cut through the fat and give you the facts on five of the most common oils: 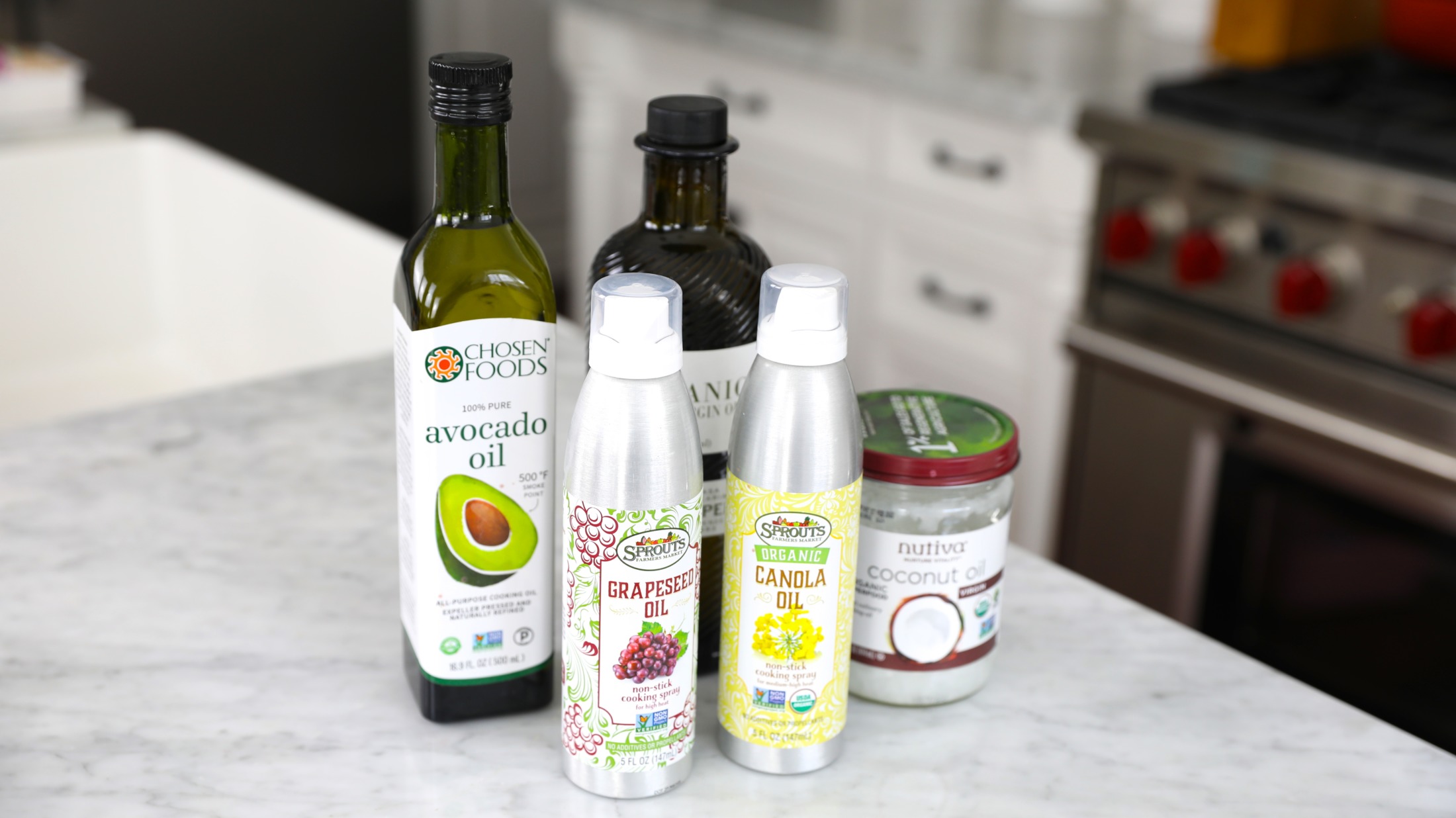 I’ll review the production, smoke point, best uses, and health effects of each oil so you can make an informed decision about which is best for you and your family. 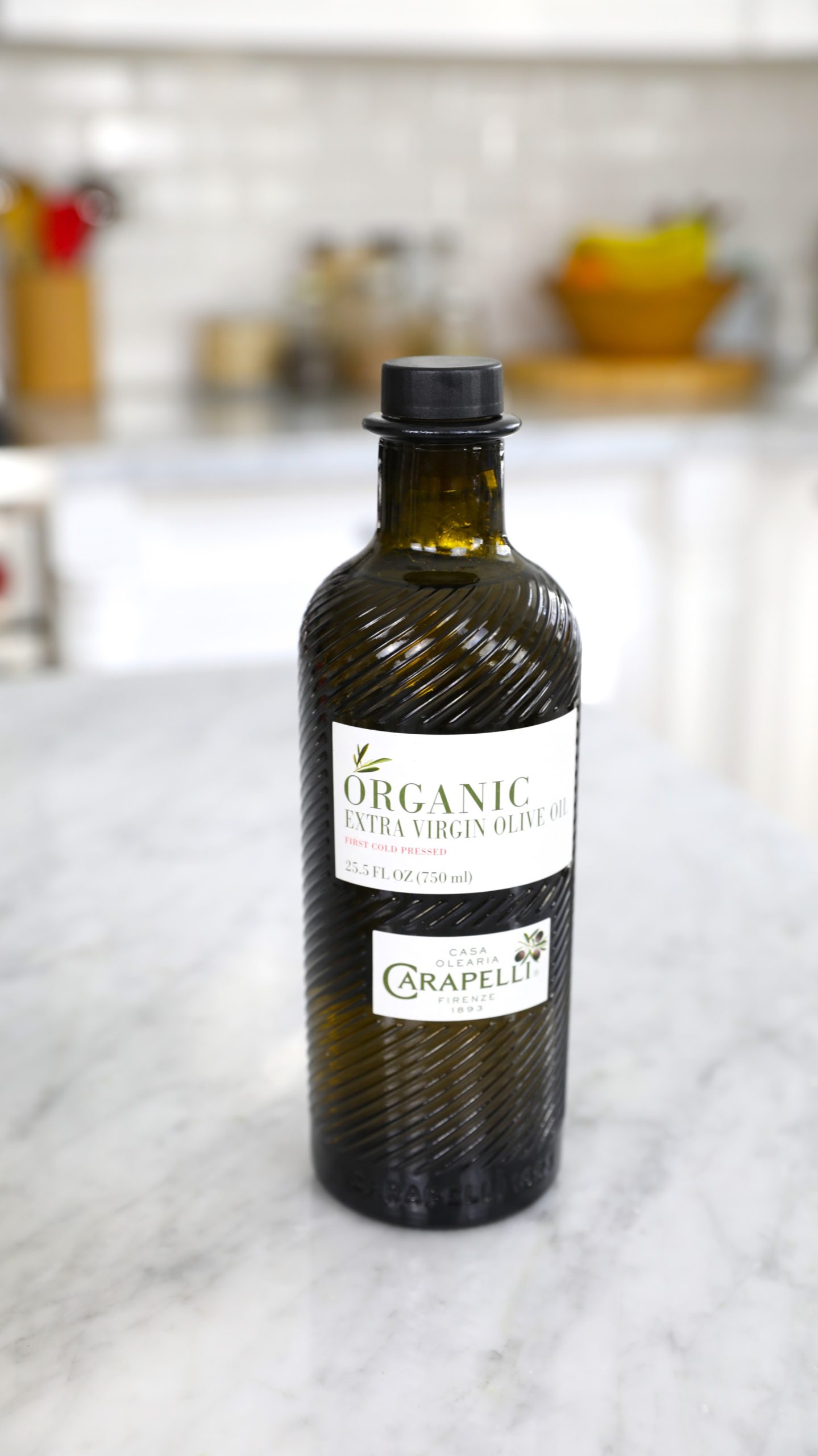 Olive oil was traditionally made by crushing olives into a paste, then pressing the paste to extract the liquid fat. Olive oil has a smoke point between 350 and 410 degrees F, depending on its quality. The term “smoke point” refers to the temperature at which an oil will start to burn, causing it to break down and release harmful compounds.

Every oil has a different smoke point, which is the reason that some are better for cooking than others. The smoke point is often listed on a product’s label. Because of its relatively high smoke point, olive oil is great for cooking, roasting, and sautéing, but it also makes a delicious option in a salad dressing. Additionally, studies have shown that olive oil is highly stable and not very likely to oxidize due to its fatty acid profile and natural antioxidant content, which even makes it suitable for frying.

THE DIFFERENCE BETWEEN COLD-PRESSED, EXTRA VIRGIN, AND REFINED OLIVE OIL

The difference between the types of olive oil on shelves today lies in the processing method. Virgin and extra-virgin olive oils are made using a chemical-free process where olives are crushed and then centrifuged to extract the oil. That means the mixture is spun around extremely fast so that the oil separates from the rest of the olive components.

Extra-virgin is a designation based on chemical and sensory standards developed by trained testers. These oils are typically a darker forest-green color and have a grassy, peppery, and fruity aroma and flavor. Cold-pressed is basically a marketing ploy, as modern producers now use centrifugation versus pressing to produce oil, and all extra-virgin and virgin olive oils are made without heat. Regular or refined olive oil is made using chemical solvents to extract the oil. It often has vitamin E added to replace the natural antioxidants lost during processing.

Healthwise, olive oil is one of the healthiest vegetable oils available with a large body of research supporting its benefits. It is the primary fat source in the Mediterranean diet, a dietary pattern widely lauded for its association with disease prevention. One very large randomized control trial of individuals at a high risk of cardiovascular disease showed that those who followed a Mediterranean diet supplemented with about 4 tablespoons of polyphenol-rich olive oil per day had approximately a 30% reduced risk of heart attack, stroke, or dying of cardiovascular disease compared to a control group on a similar, but low-fat diet.

Clearly, when choosing an olive oil, it’s best to go with extra virgin or virgin, as they are the least processed and have the most health benefits thanks to their increased content of antioxidants and polyphenols. 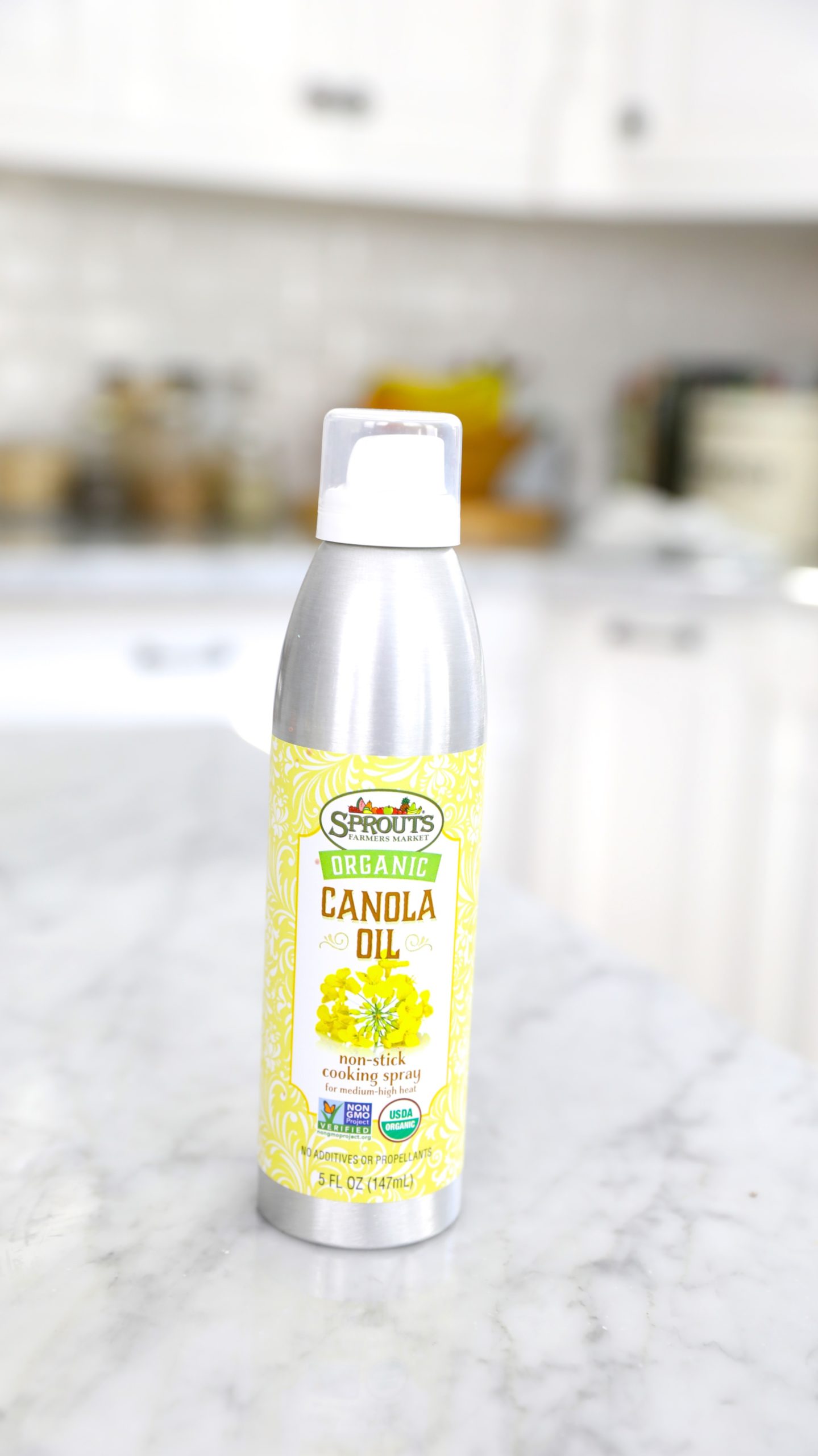 Next up, canola oil.

Canola oil is a highly controversial vegetable oil – praised by some for its unique fatty acid profile and demonized by others for the fact that it is typically ultra-processed. Canola oil is actually derived from the rapeseed plant, which is why in some countries, it is referred to as rapeseed oil.

The smoke point of canola oil is relatively high, between 400-450 degrees F, though studies have found it is quicker to oxidize and produce polar compounds upon heating than other oils like olive and coconut, which makes it a better choice for baking or dressings.

The major source of controversy about canola is the way it is produced and processed. Most canola oil is extracted using a solvent like hexane. It is then refined, bleached, and deodorized to produce a neutral-tasting and light-colored oil. Though studies have shown that hexane residues fall far below safety limits, this often still concerns shoppers.

Additionally, the majority of rapeseed plants are made with genetically modified crops, which are bred to resist herbicides. Some studies show that this results in more pesticides used on the crops and greater potential exposure to pesticide residues. However, like olive oil, high-quality canola oil can be found! “Cold or expeller-pressed” canola oil is made like olive oil, using a machine to press out the oil. And non-GMO or organic canola oil is also available. 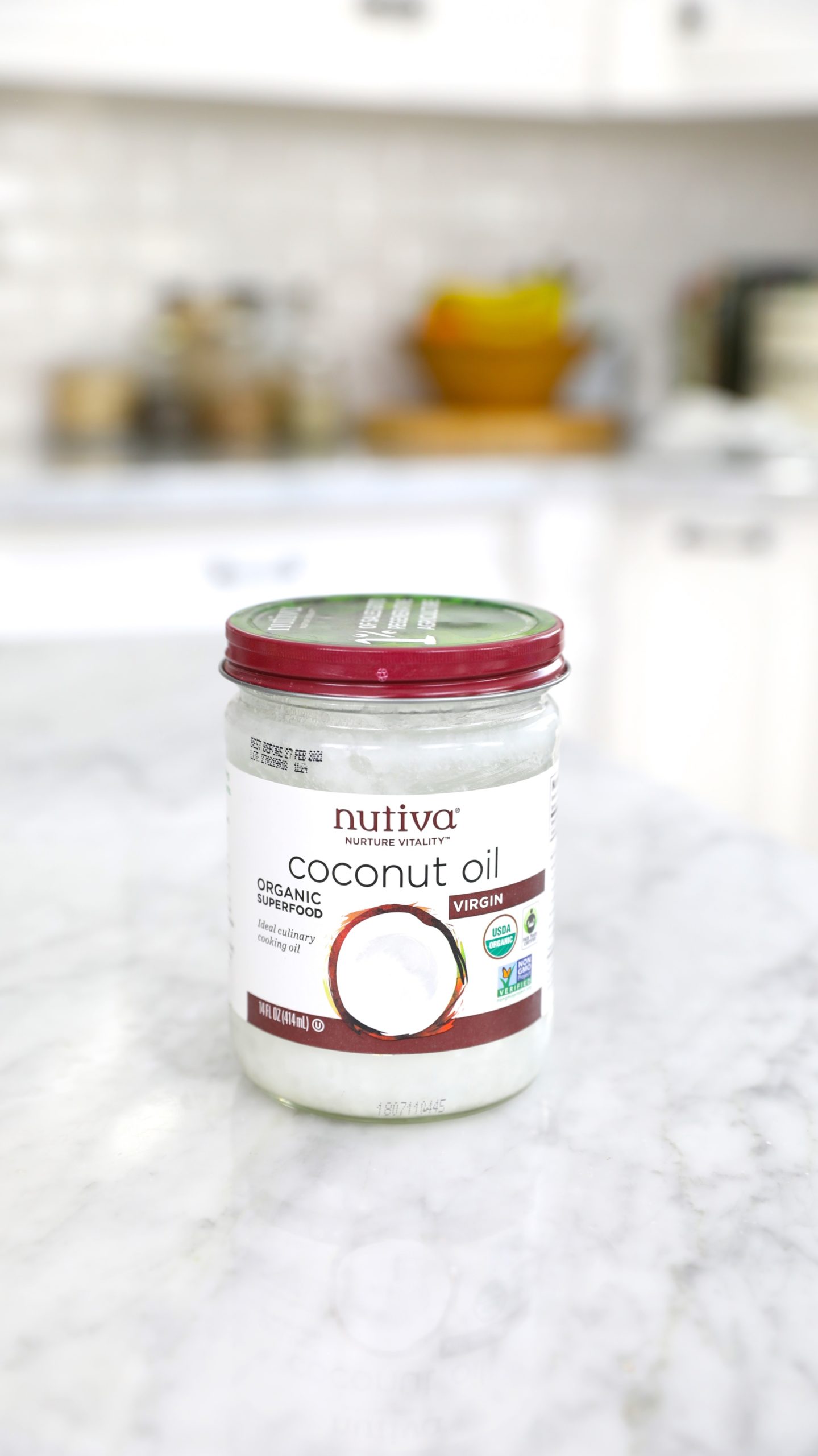 Next, we have coconut oil, which has also been the subject of much controversy!

A systematic review of 7 clinical trials found that coconut oil raised LDL cholesterol significantly, similar to butter, beef fat, and palm oil. Supporters of coconut oil, however – mainly the keto crowd – claim that it’s beneficial because it contains medium-chain triglycerides. These fatty acids have a shorter chemical structure than other fats and are absorbed more quickly by the body and immediately used for energy, which makes them less likely to be stored as body fat.

While this is true, studies show the main MCT in coconut oil is lauric acid, which behaves differently than most MCTs. Lauric acid, unlike capric and caprylic acid, is digested slowly, more like a long-chain acid. So it’s hard to say whether the purported benefits of MCTs extend to coconut oil.

My conclusion – consume coconut oil in moderation. Having a little bit here and there is not going to hurt you, especially if you are limiting other sources of saturated fat like butter and lard. I like using coconut oil on the weekends for cooking sweeter foods like waffles and pancakes, but it’s not an everyday choice in my kitchen.

For an in-depth look at coconut oil, be sure to check out my youtube video specifically on the topic! 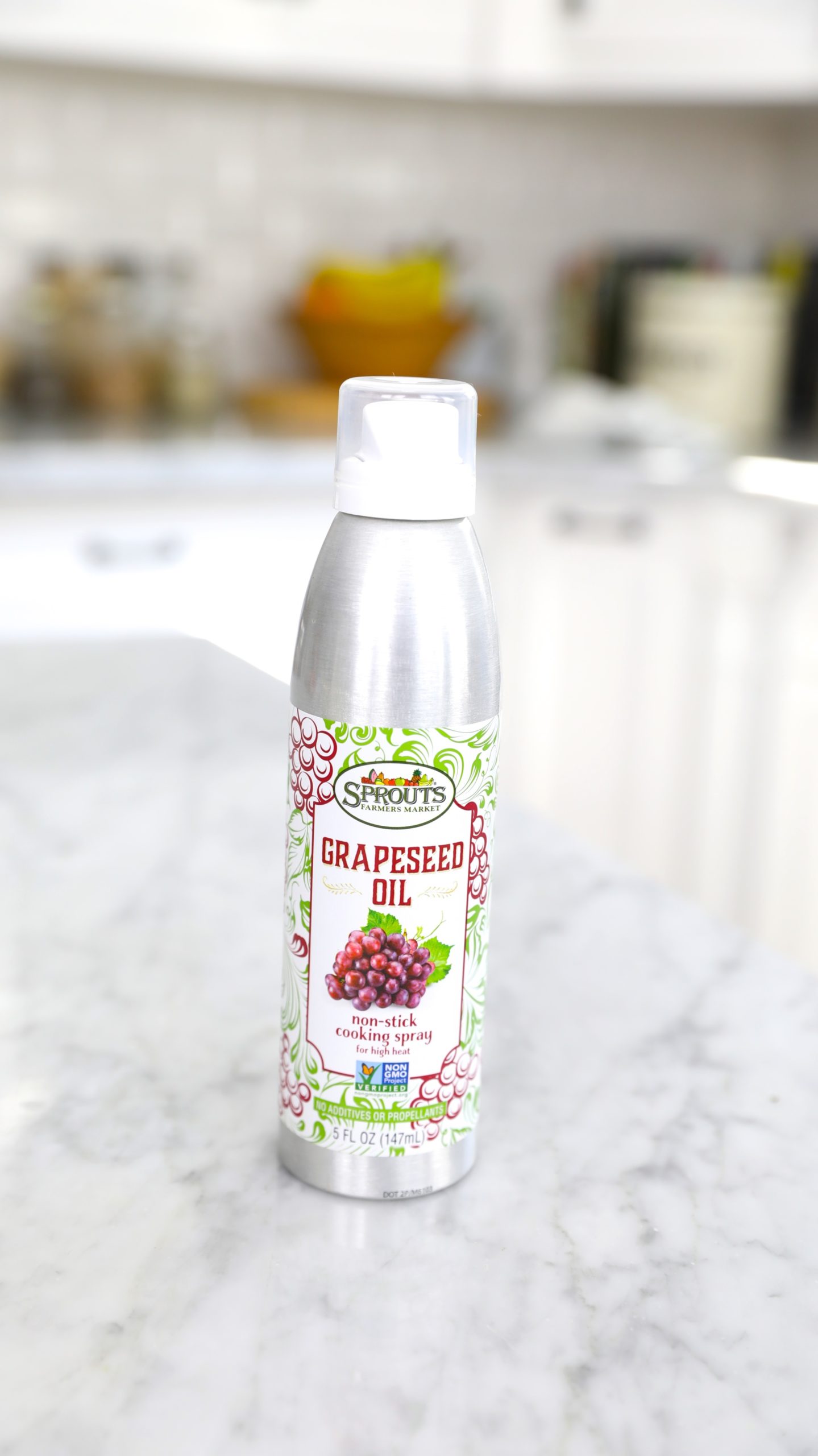 As its name implies, grapeseed oil is oil pressed from the seeds of grapes. It has a high smoke point of approximately 420-485 degrees F, which makes it great for all types of cooking. Like the other oils, grapeseed oil can be refined and extracted using solvents like hexane or unrefined using cold or expeller-pressed processing. As discussed previously, residual hexane is low in commercial oils, but it’s understandable if you want to avoid solvent extracted oils and opt for a pressed option.

The American Heart Association studies show that polyunsaturated fats are beneficial for heart health, even more so than monounsaturated fat, particularly when they replace saturated fat in the diet. However, it’s also important to note that some studies show maintaining a low omega-6 to omega-3 dietary ratio reduces inflammation and chronic disease risk. Most people aren’t taking in the majority of their omega-6 fats from consuming cold-pressed grapeseed oil – they’re getting it from highly-processed junk foods that have tons of added refined oil.

The takeaway here is not to eliminate high omega-6 foods, but to focus on eating more minimally processing sources of fat and increasing your intake of omega-3 fatty acids to counterbalance the high amount of omega-6 rich foods in a standard western diet. 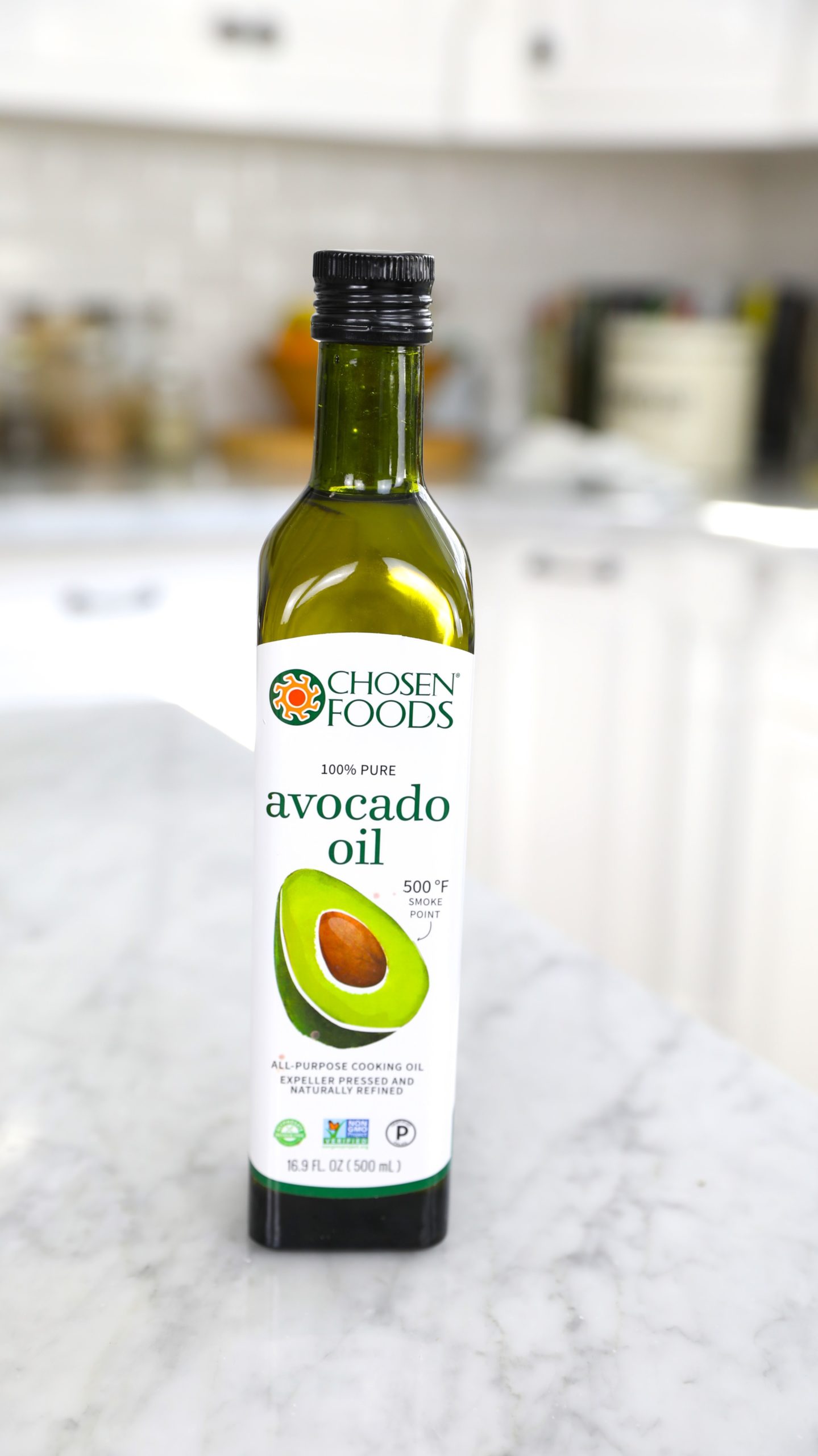 Avocado oil has been growing in popularity in recent years, which makes sense considering avocados are a very trendy food – you’d be hard-pressed to find a brunch spot in LA without a fermented veggie avo toast on the menu. Most people are aware of the fact that avocados are a nutrient-dense food – high in potassium, fiber, and healthy fats, but what about avocado oil?

Avocado oil is extracted from the avocado flesh similarly to other vegetable oils via cold-pressing or chemical solvents like hexane. Avocado oil has the highest smoke point of any of the previously mentioned oils and can be heated up to 520 degrees F.

Avocado oil’s high smoke point paired with stability that is similar to olive oil make it an ideal oil to use for all cooking methods, but especially frying. You can also use avocado oil in baking or mixed up with seasonings to create a marinade or salad dressing.

As avocado oil is relatively new on the market, there haven’t been many studies of its specific health benefits, but avocado oil does have some known qualities which make it a heart-healthy choice. Avocado oil is low in saturated fat and high in monounsaturated fat, and as we’ve discussed previously, the American Heart Association recommends replacing saturated fat with unsaturated fat to decrease LDL cholesterol and reduce the risk of cardiovascular disease.

And those are the main considerations when it comes to choosing a cooking oil. Before we wrap up though, I want to discuss a couple more issues in regards to vegetable oil.

First, I’d like to address the claim made by some members of the whole foods, plant-based community that oils are unhealthy. While there are a few very small studies that have shown reduced endothelial cell functioning immediately after consuming oil, these studies conflict with the massive body of evidence we have linking oil consumption with reductions in cardiovascular disease.

The transient changes in triglycerides and endothelial function – meaning, they only last a short period of time – don’t appear to be harmful in the long run considering that numerous randomized controlled trials have shown oil to be beneficial.

Fat is an important part of the diet for hormone production, heart health, and brain functioning – especially for certain populations like pregnant and lactating women and children. And while I definitely recommend getting fat from whole foods as much as possible, oil can also be a healthy part of the diet in moderation.

The next thing I want to mention is to be mindful of an oil’s harvest date. This is listed on the label of high-quality oils and provides insight into the freshness of the product. Extra virgin olive oil is best when consumed within 18 months of harvesting.

Many critics of vegetable oil (cough, cough, paleo dieters) claim the risk of oxidation negates oil’s potential health benefits, but as I’ve already pointed out, oils like olive, coconut, and avocado are actually quite stable. To prevent unnecessary oxidation, make sure to treat your oils right. They’re best stored in a dark, glass container in a dark, cool spot. Don’t leave them sitting out next to the stove or window to be exposed to light and heat.

Finally, oil is a calorically dense food, so if you are trying to lose weight, make sure to consume it in moderation. But also – be mindful that fat helps to provide satiety, so including some oil with your meal can actually help you feel fuller and more satisfied. 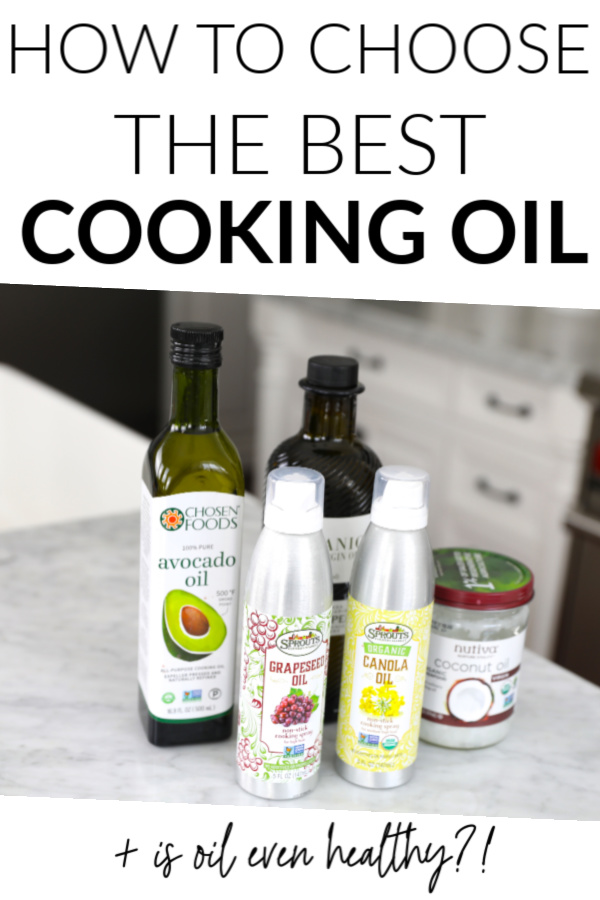 Weigh-in: What kind of oil do you use in your kitchen? Did this help to clear up the confusion about oils?