These vegan nachos are easy, healthy, and full of flavor! Between the walnut “meat” and the cashew cheeze, this plant-based version will even have meat and dairy lovers wanting more! 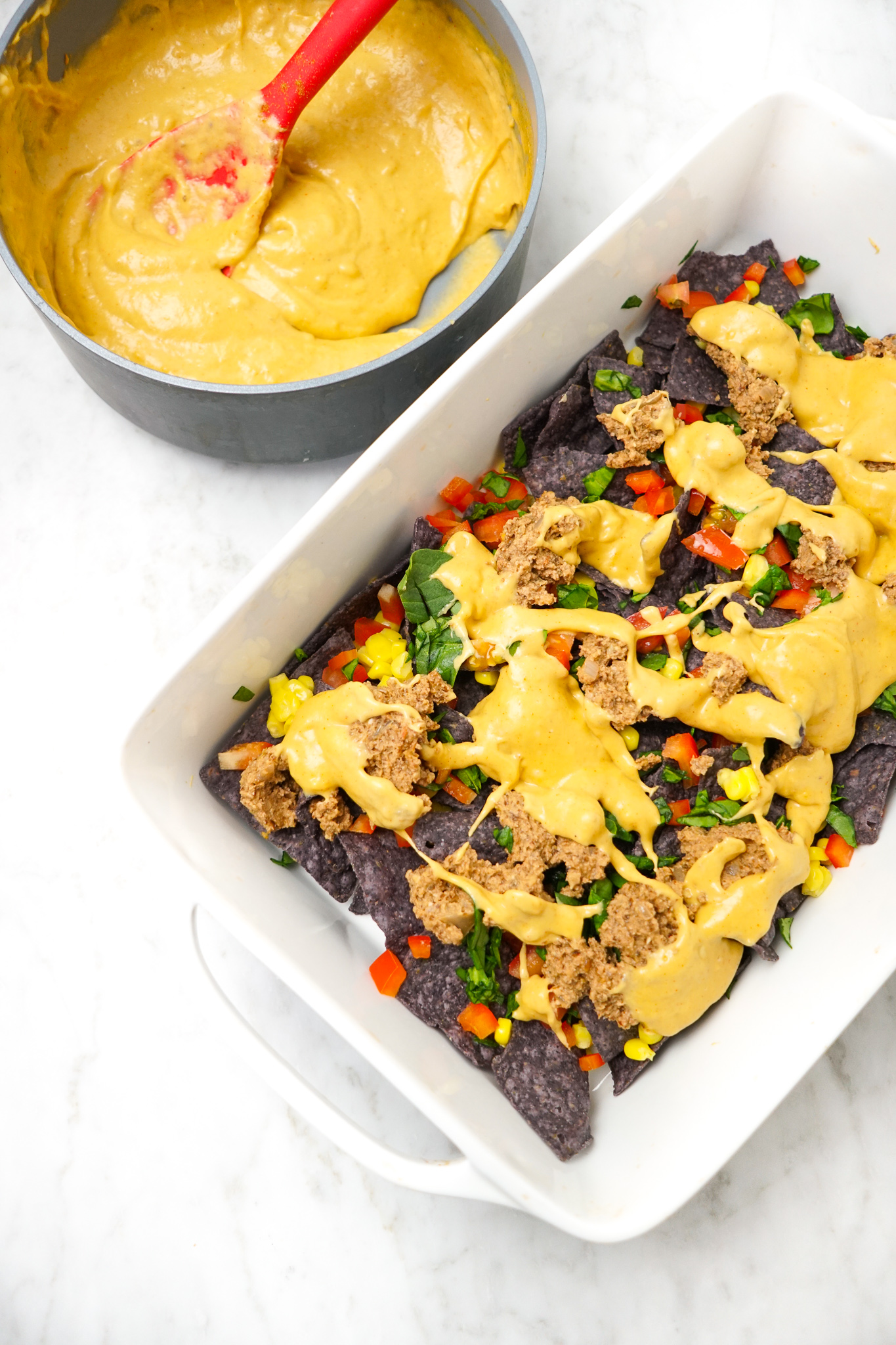 Nachos have it all – the cheese, the meat, the crunch, and the versatility. Want it as an appetizer? Sure! Main entree? Why not!

I love recreating plant-based versions of recipes that are typically made with meat and cheese. And while searching for vegan nachos, I found that most of them used store-bought vegan cheese and soy meat crumbles.

While I do use packaged plant-based substitutes on occasion, I really love making them from scratch when I have time. Not only is it healthier, but the texture and flavor of walnut “meat” and homemade cashew cheese is out of this world. 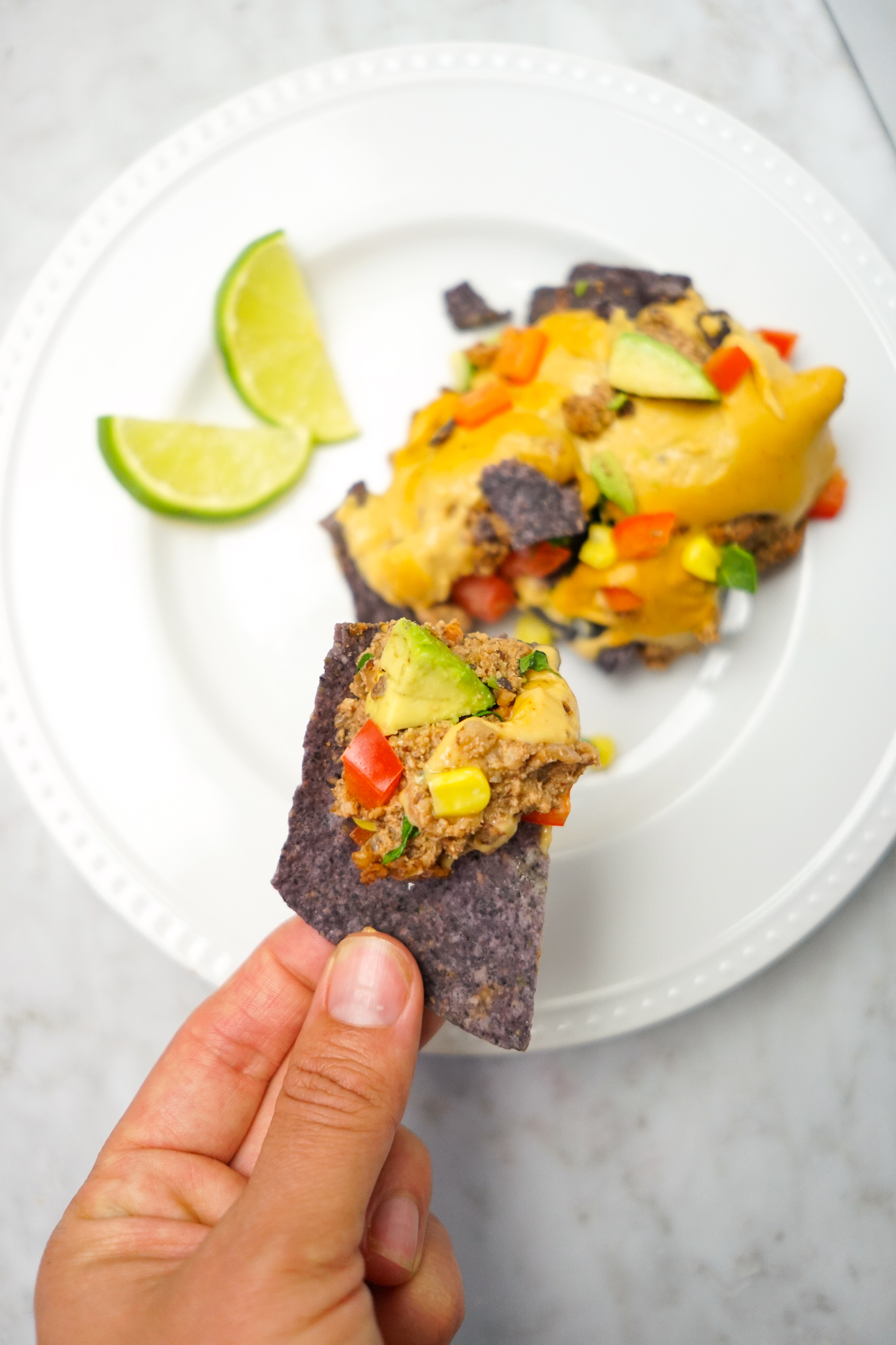 If you haven’t tried walnut taco meat before, you’re in for a treat. The chewy texture of walnuts combined with lentils, veggies, and spices makes a scrumptious vegan meat. If you’re with me on this, you’ll also love my Vegan Tostadas.

While my tostadas call for black beans, I found that lentils work best for the color, flavor, and texture of this nacho “beef”. 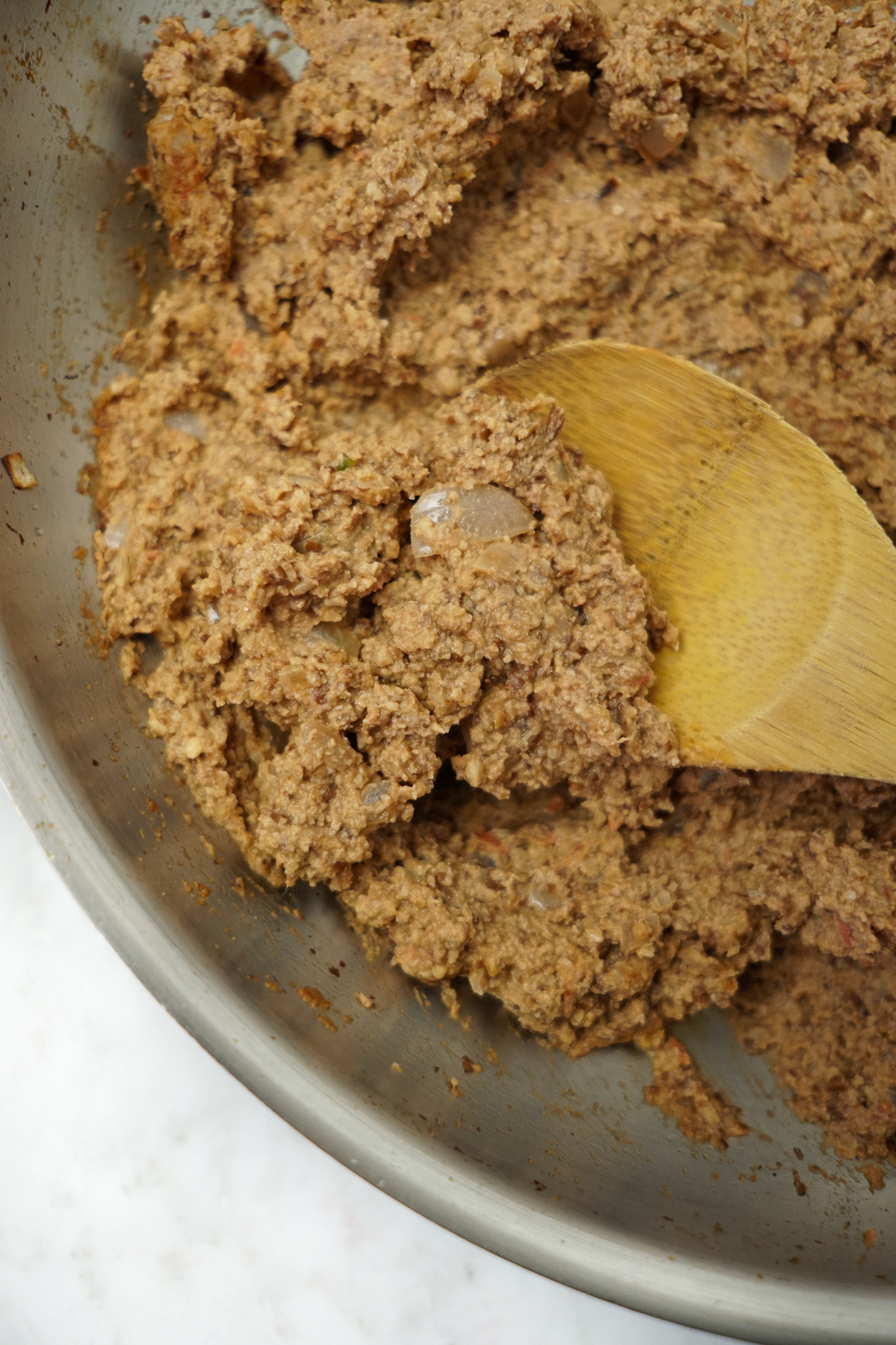 To get the gooey texture of this vegan nacho cheese, I used tapioca flour, which just pulls it all together (literally). After you make the taco “meat” and the scrumptious cheese, you can customize your vegan nachos with your favorite veggies. I used bell peppers, corn, spinach, cilantro, and avocado, of course. 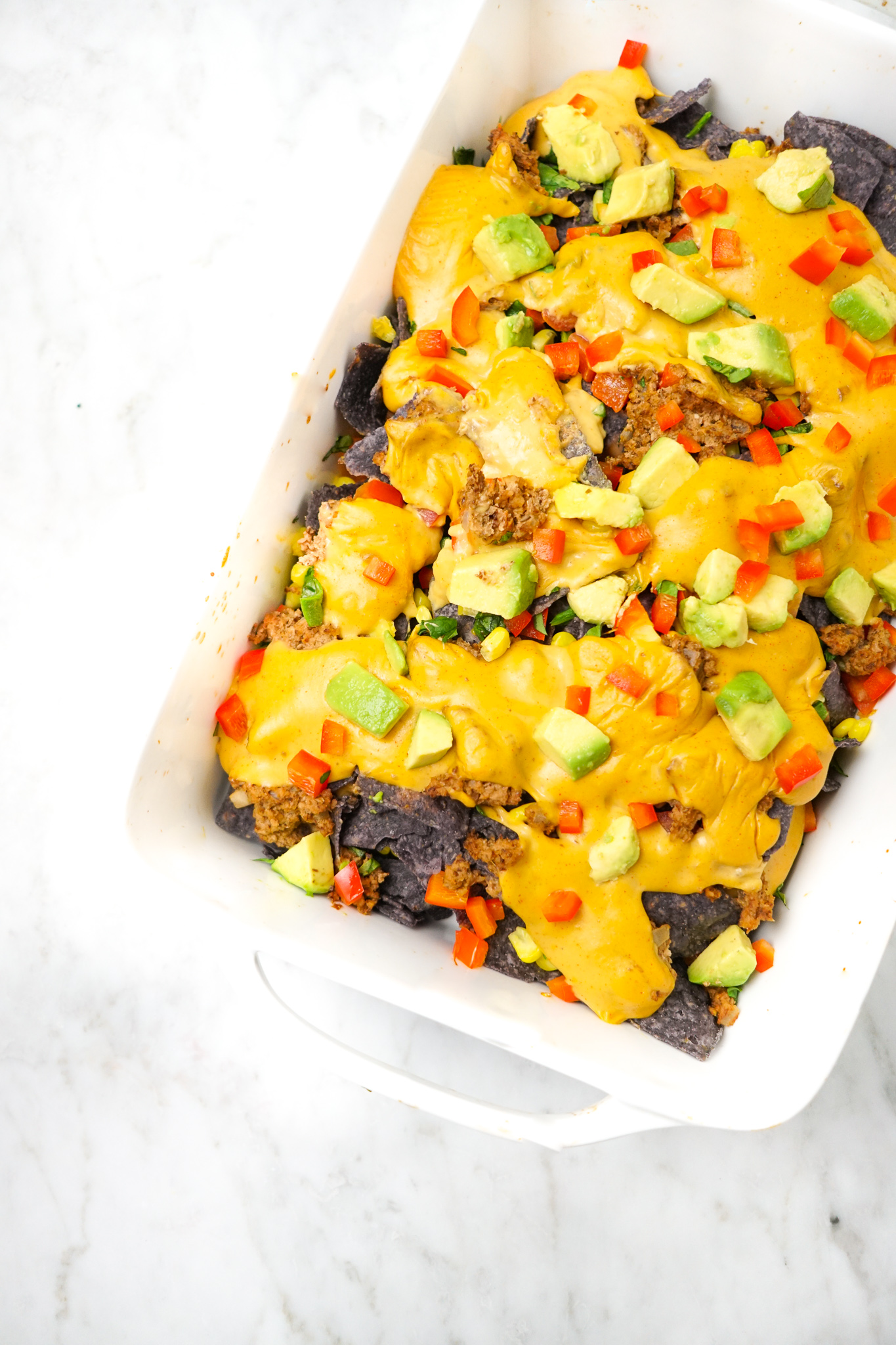 The taste, ease, and nutrition of these nachos make them the perfect healthy comfort food, especially for quarantine cooking! I hope you and your family enjoy them as much as I do.

I also love that I can make a big batch of the walnut taco meat and repurpose it for multiple meals throughout the week. It’s great in burritos, tacos, and vegan taco salad. The vegan nacho cheese can also be reused. Just warm it up in a pan and add a few tablespoons of water to thin it out again if necessary. 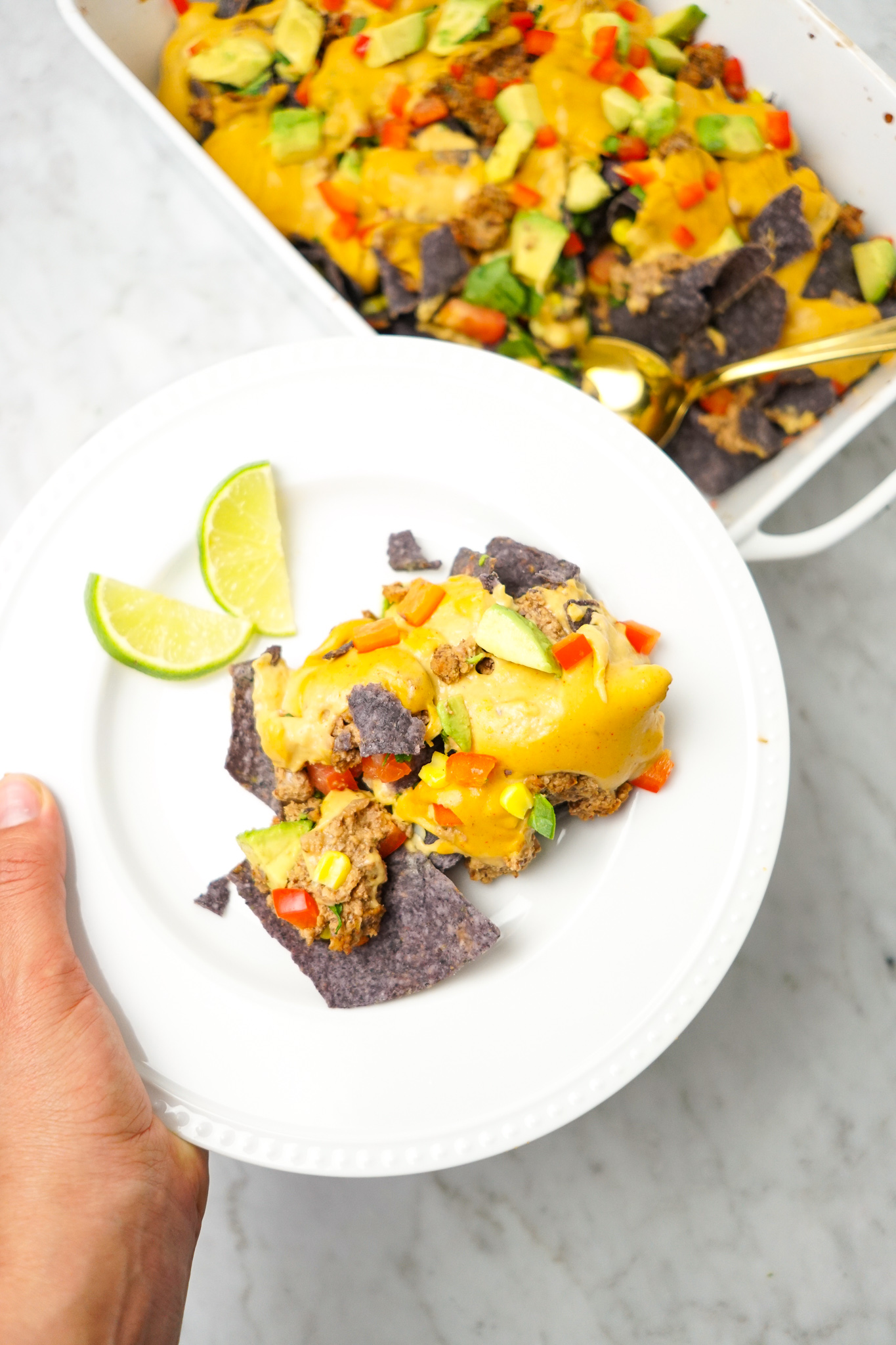 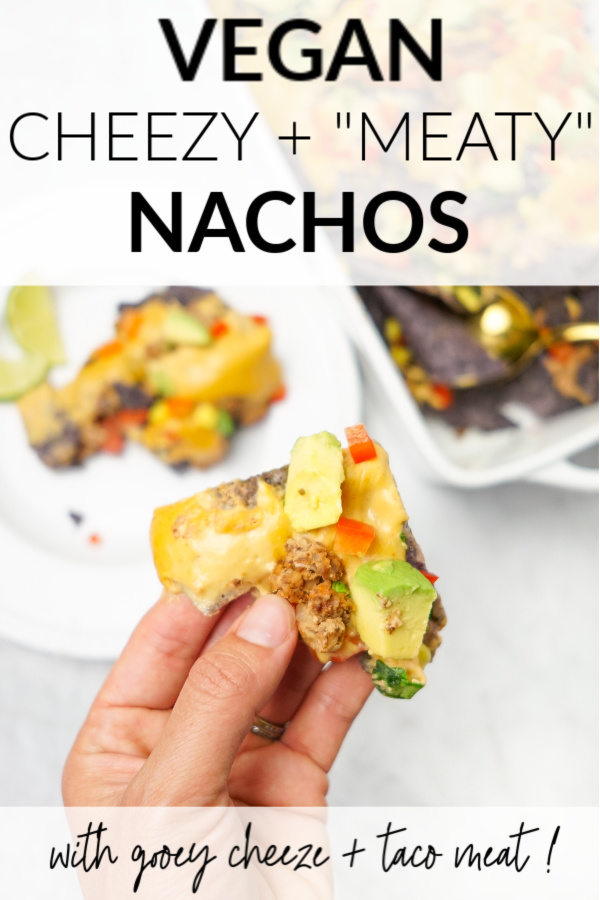 Weigh-in: Have you had vegan nachos before? What are your favorite nacho toppings?