This vegan apple crisp is so easy to make and full of nutritious flavor! It will quickly become your favorite go-to dessert! 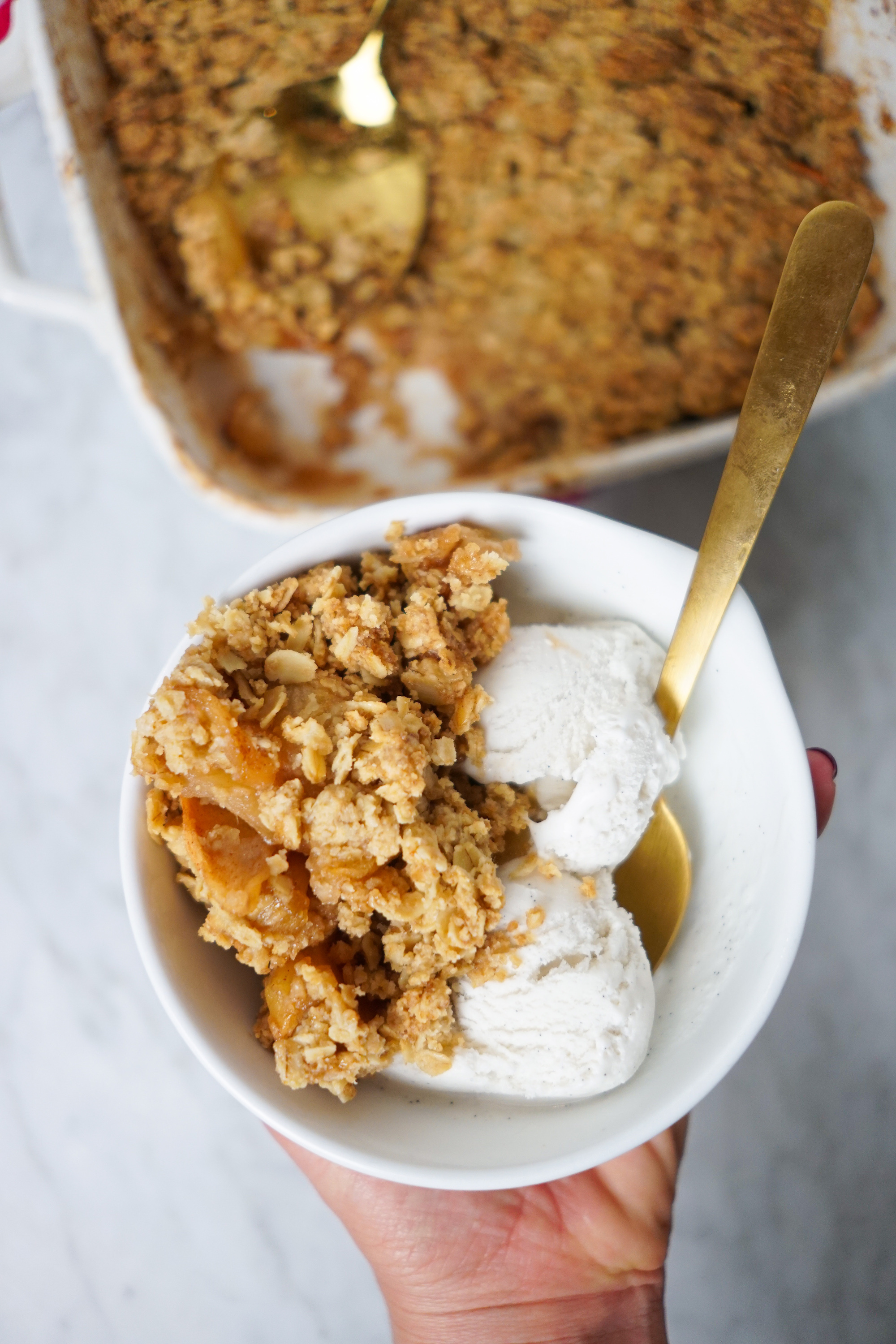 Do you have a go-to dessert recipe?

Mine is fruit crisp. Pear, blueberry, peach – I love them all. Crisps are just so darn easy to make and no matter what you put in them, they pretty much always turn out delicious.

They’re great year-round and always a crowd pleaser at parties.

I make them so often, I usually don’t even use a recipe. I pretty much just toss together oats, flour, and spices with fruit, sugar, and fat (oil or vegan butter) and pop it in the oven. 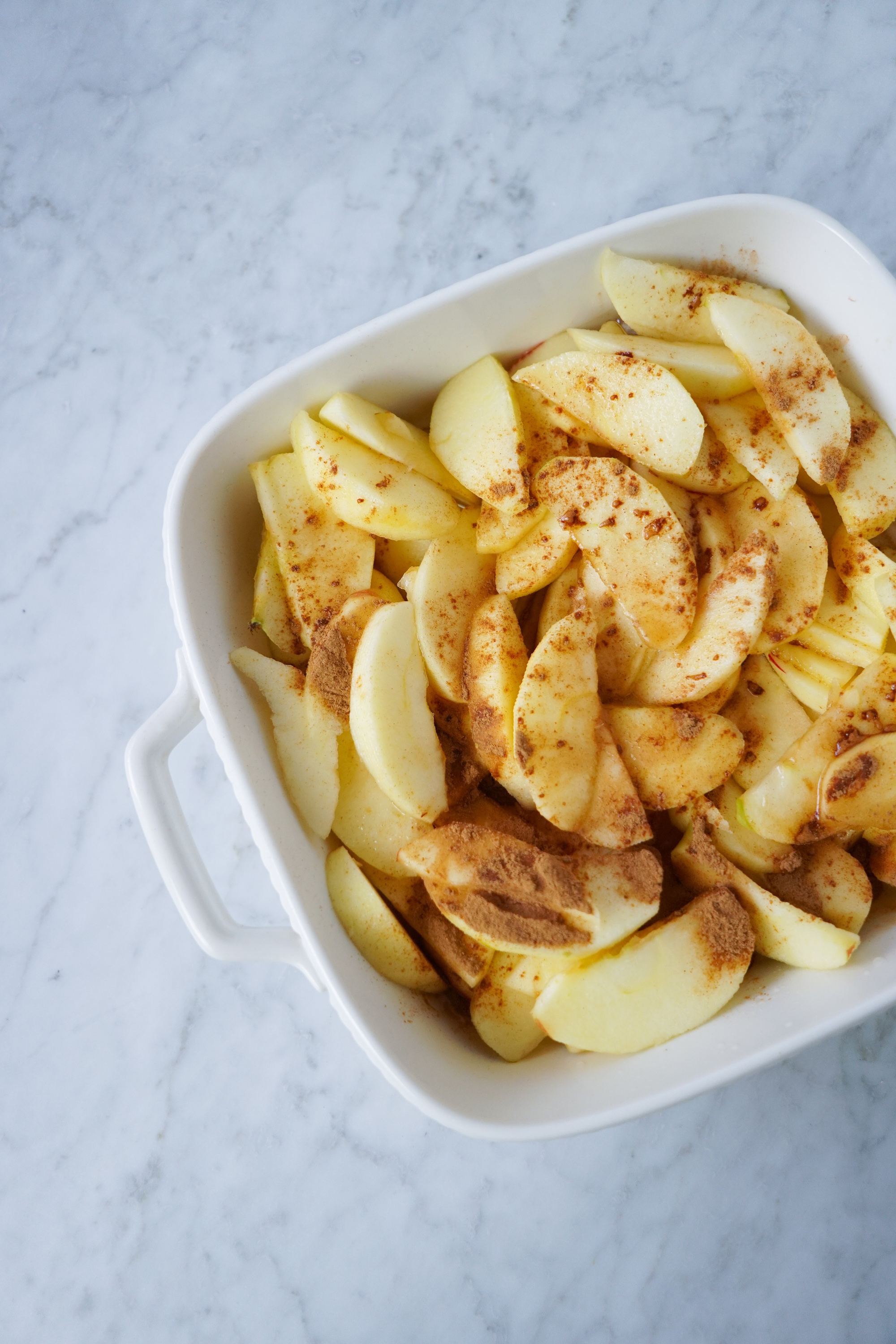 I’ll admit though, in the past my laissez-faire cooking attitude has left me with crisps that were a little too crispy, too soggy, or not sweet enough.

I finally decided I better hone my crisping technique once and for all and write it down to prevent any further mishaps. 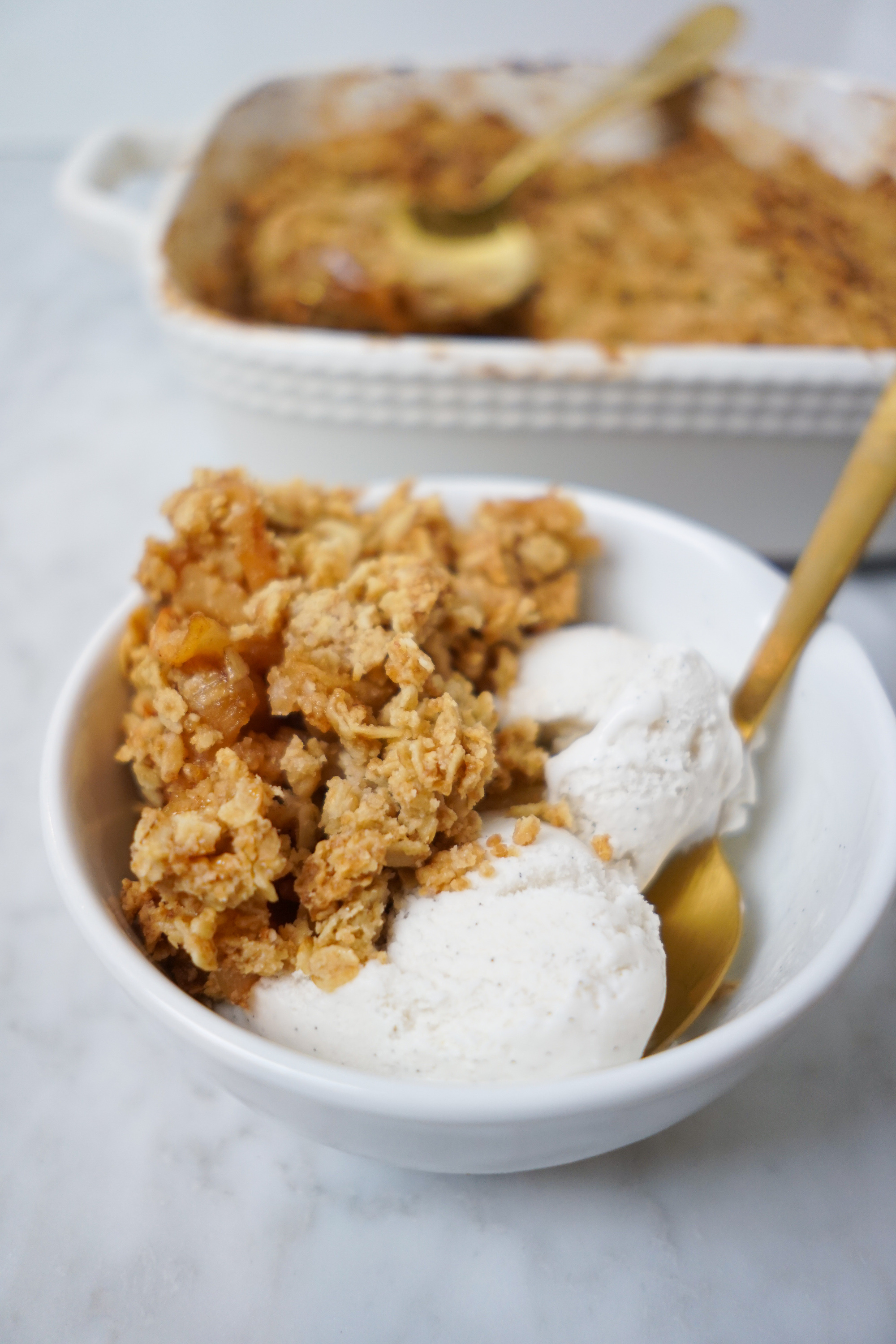 This vegan apple crisp is the absolute best. It’s perfectly sweet and buttery, without an overload of sugar or fat. It’s crispy, crumbly, and melt-in-your-mouth luxurious. It uses coconut oil instead of butter and a moderate amount of brown sugar and maple syrup.

The best part is that it takes 10 minutes to toss together. 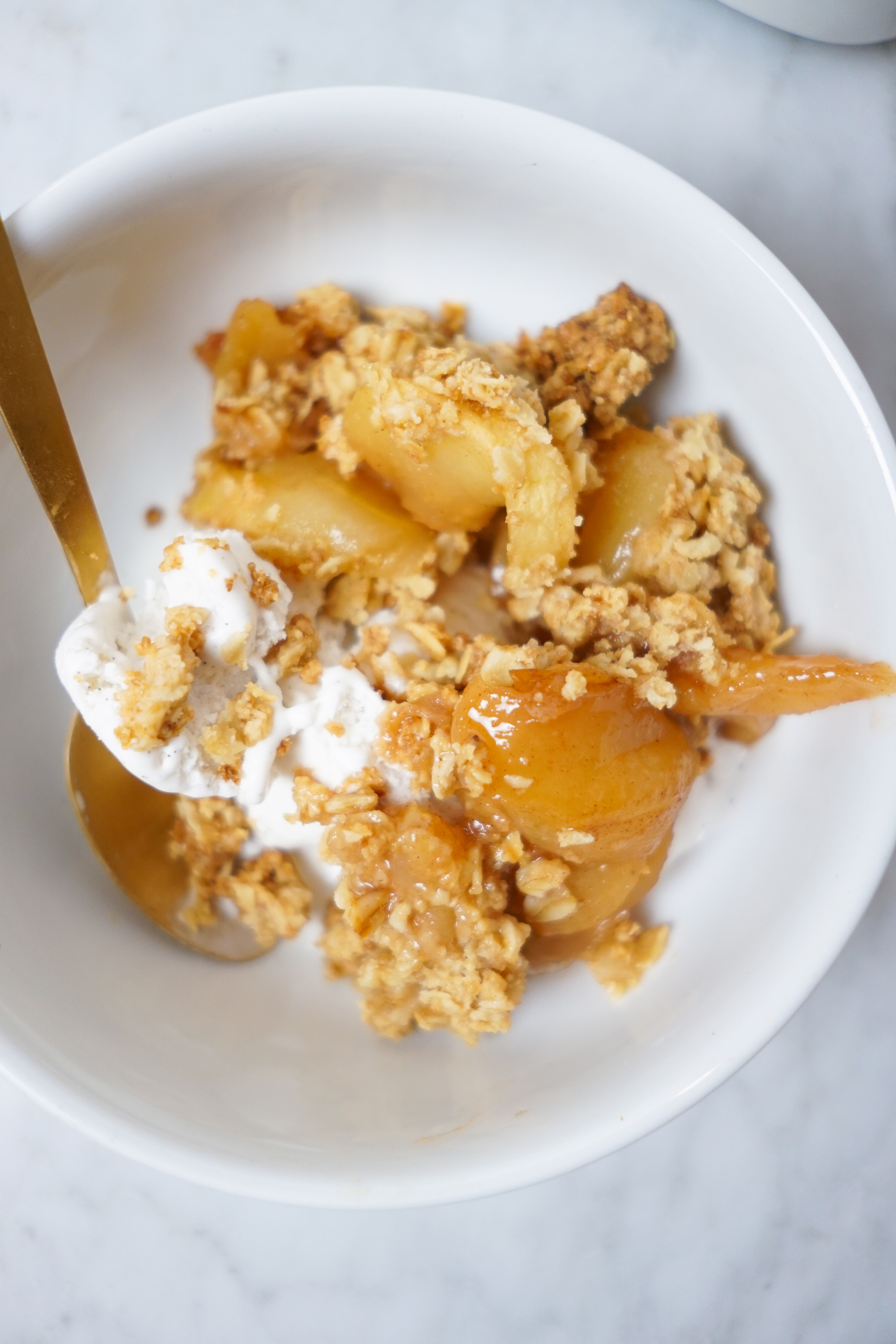 So, if you’re recruited to bring the dessert to a pal’s dinner party at the last minute, you can easily whip this up and still have time to try on ten outfits before settling on the first one you tried on —just me?

Pop it in the oven at your friend’s house when you begin your meal and it will be ready by the time everyone has finished their entrees.

Weigh-in: What’s your go-to dessert? Will you try this vegan apple crisp?