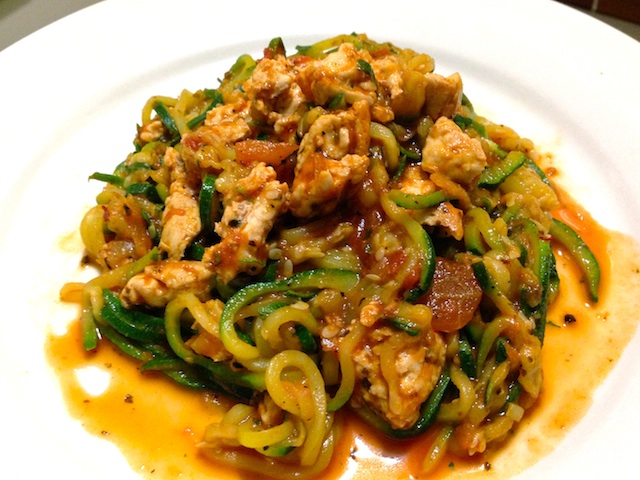 If you’ve read my Fun with Food Processors posts, then you know I get really excited about new kitchen gadgets.

Well this week, the BF surprised me with something I’ve been dying to try for a while now: a Spiralizer

As you can see, I was overjoyed. 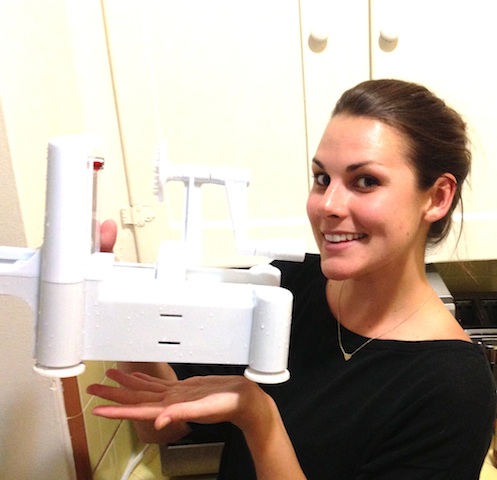 Spiralizers are so amazing because they give you yet another way to replace starchy pasta with something healthier and lower in calories.

They only cost about $35 on Amazon

and are so easy to use. When I first opened mine, I was a little confused about how it worked, but within 5 minutes I was sprializing away.

So for today’s What I Ate Wednesday, I decided to make a traditional spaghetti with marinara sauce and seasoned ground turkey, but with zuchinni.

I wanted to keep it simple for my first spiraling experience, but believe me, once I learn how to turn a few tricks on this baby, you’ll be the first to know. 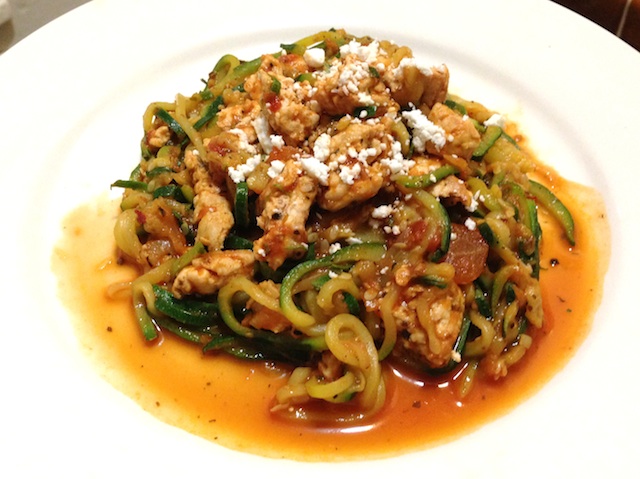 1. Break up ground turkey and season with desired spices. I used “An Evening in Tuscany” from the Milford Spice Company. It’s spice-tacular. Cook in a skillet over medium high heat until it’s no longer pink. 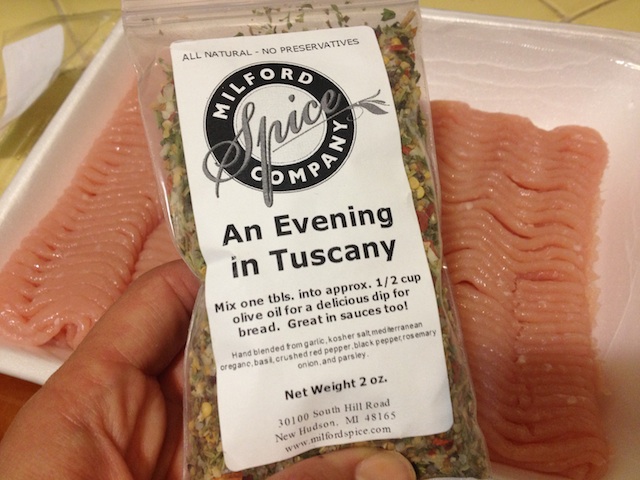 2. Clean zucchini and cut off ends. Now, other spiralizers may differ, but this is how mine worked: Pierce zucchini in the middle with the circular metal button on one side of the spiralizer, and secure the other side on the prongs. 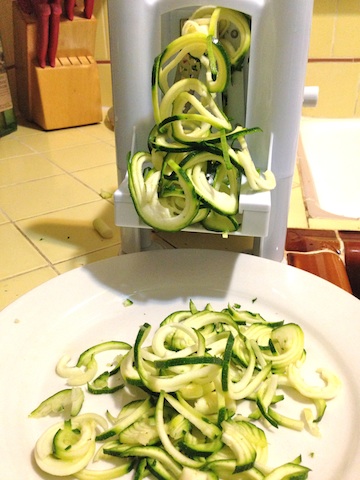 3. Turn, push, and watch the the spirals fall!

4. Saute the zucchini spirals with the olive oil over high heat for 3-5 minutes. 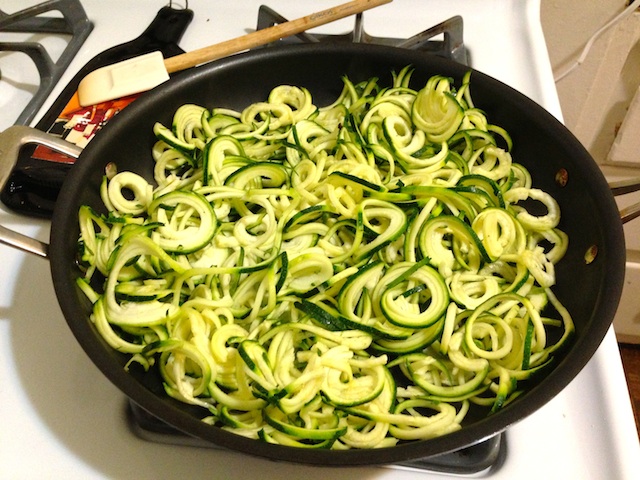 5. Stir in sauce and turkey. 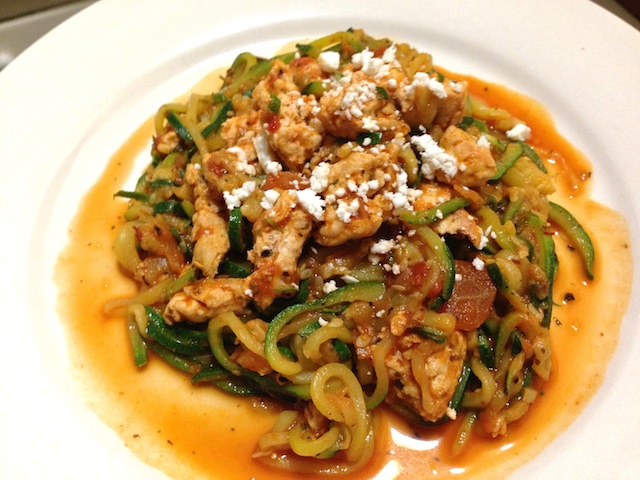 I added a bit of feta cheese to mine because we didn’t have any Parmesan. The BF declared it disgusting (the feat not the meal), but I thought it was bomb.

I know many skeptics will doubt that this tastes anything like spaghetti, but I promise it does. The BF even called it one of his favorite meals I’ve ever made.

It may have been the spice, but this dish had so much flavor that I didn’t even notice or care that it wasn’t actual pasta.

If you don’t have a spiralizer, you can always go the Spaghetti Squash route. I’m a huge fan of that too, but I will admit, the texture of the spiralized zuchinni is closer to actual spaghetti.

Weigh In: Have you ever used a spiralizer? What else can I do with it?!