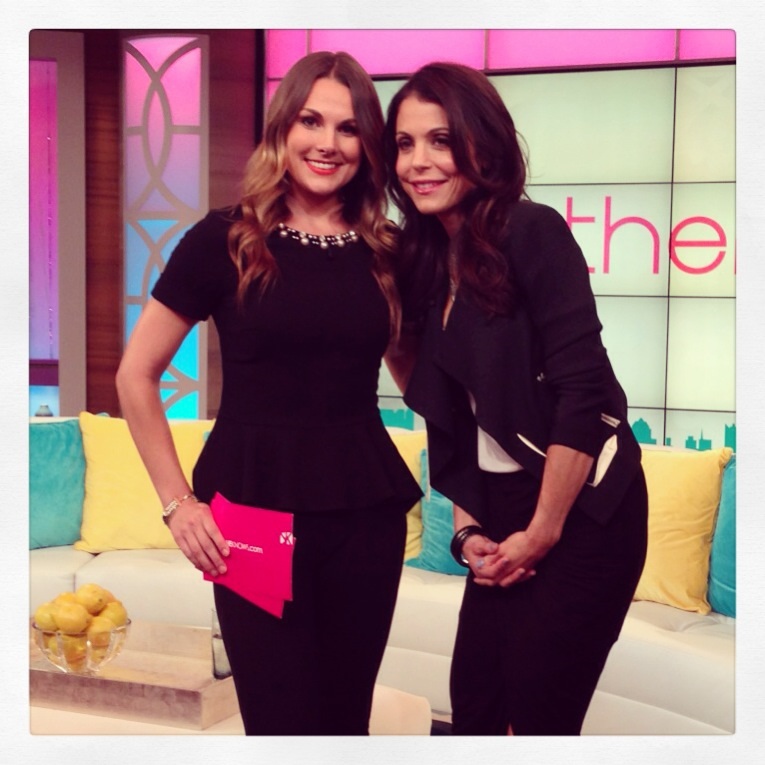 Earlier this week, I traveled to New York to interview SheKnows‘ September Girl Crush of the Month.

Usually, we keep this person a secret until the first of the month, but this time was different. Mostly because the interview ended up being conducted in front of a 200 + live audience. To say I was nervous would be an incredible understatement.

I showed up to Bethenny’s new studio in midtown Manhattan on Tuesday, prepped to interview her after she was done filming her hour-long talk show. Well, the producer shocked me a mere 10 minutes before our one-on-one by letting me know that Bethenny’s entire audience would be staying and sitting in on our chat. Oh, nbd. 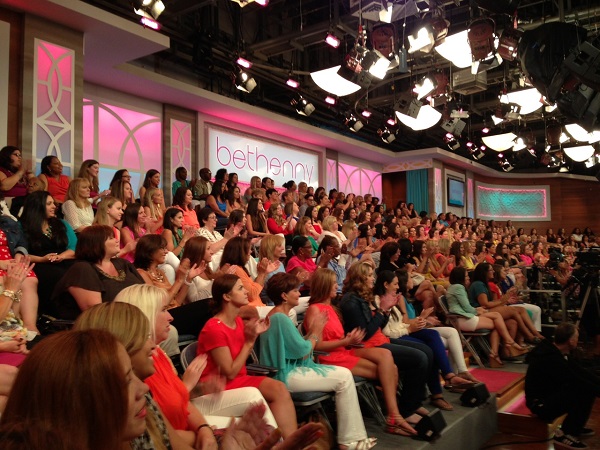 Something people are often surprised to learn about me is that I have major stage fright.

It’s so bad that when I was 8-years-old, and had spent months preparing a Little Mermaid Under the Sea dance with my best friend (complete with bubbles and fishtails), I ran crying from the auditions because I was too scared to try out in front of a couple of teachers.

Yep, the girl who decided to pursue a career on-camera and interview some of the biggest names in show business is scared of performing in public. I know, it doesn’t make much sense does it?

Most of the time though, I only have an audience of 2-3 people watching me do an interview — way less intimidating than a crowd of 200. In such an intimate setting, it’s ok if you mess up your lines. You can just take them again and cut out the mistakes in the editing process. With a live studio audience though and a ticking-clock on your interview, there’s no time for f-ups.

There was nothing I could do at that point. I had a crew of five people from SK in tow and Bethenny’s entire production team waiting to shoot the segment. “Can I come back later?” wasn’t an option. 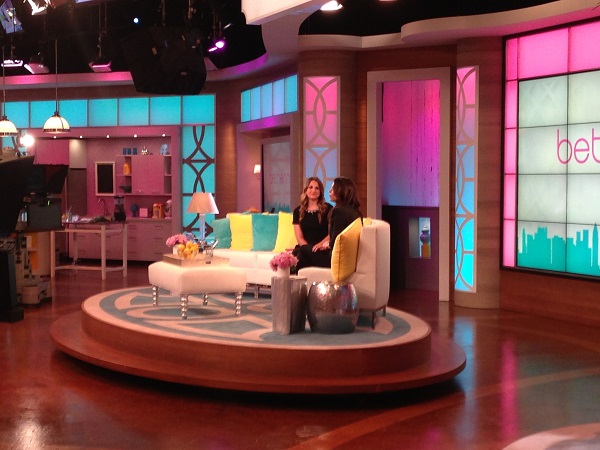 I went on stage and sat in the very couch Bethenny’s celebrity guests will soon sit, and grilled her on all the details of her highly-publicized life — some not so pleasant.

And you know what? I did pretty well.

Despite a couple of minor tounge-flubs, I delivered my questions clearly and thoughtfully and even got a couple of laughs from the audience.

The moral of this story: we’re capable of so much more than we realize.

Had I know about this “live” aspect of the interview for weeks prior, I would have psyched myself out so much that I don’t know if I would have been able to pull it off.

I know this incident may seem minor to some, but it was a big accomplishment for me and a major moment of realization.

Most of the time, that little voice in your head that’s telling you you’re incapable of doing something is wrong. We all need to realize that, and turn it off.

This message can be applicable to weight loss as well.

Maybe you’ve been scared to try a new diet or workout because you think you might fail. Maybe you look at pictures of actresses or models and think, “Well, I’ll never look like that, so I might as well not even try.”

I hope this story helps you take a moment to look at what is holding you back in your own life and challenge yourself to face your fears head on. 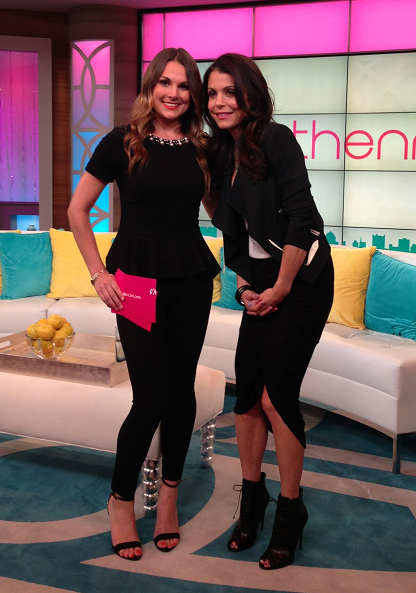 Bethenny herself is a great example of this.

Recently, reports said that she was almost broke before she decided to join The Real Housewives of New York. Look at her now.

I’m sure there were times along the way that something seemed too big or too scary to take on, but she didn’t give up. Props to the second most powerful “B” in the biz.

Watch my full interview with Bethenny on September 1st on SheKnows.

Ok, enough with the mushy inspirational talk. You want to know what I’m giving away, right?!

Bethenny’s team gave me a goodie bag with all sorts of cool Skinnygirl gear, and now, I’m going to give one item to you: Bethenny’s Skinnygirl workout DVD! 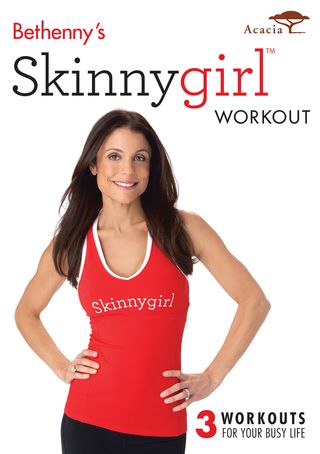 I haven’t personally tried it, but SK’s resident Bethenny fan Lindsay Jacobs told me it’s a good one. Maybe it will help you jump-start a new fitness routine and overcome any roadblocks you’re currently facing.

Weigh In: What fear is/was holding you back? How are you working to/did you conquer it?

Update: Congrats to our winner Wendy!