This colorful dish is called a “panade” — a savory bread pudding, the perfect use for leftovers like stale bread and wilting vegetables. 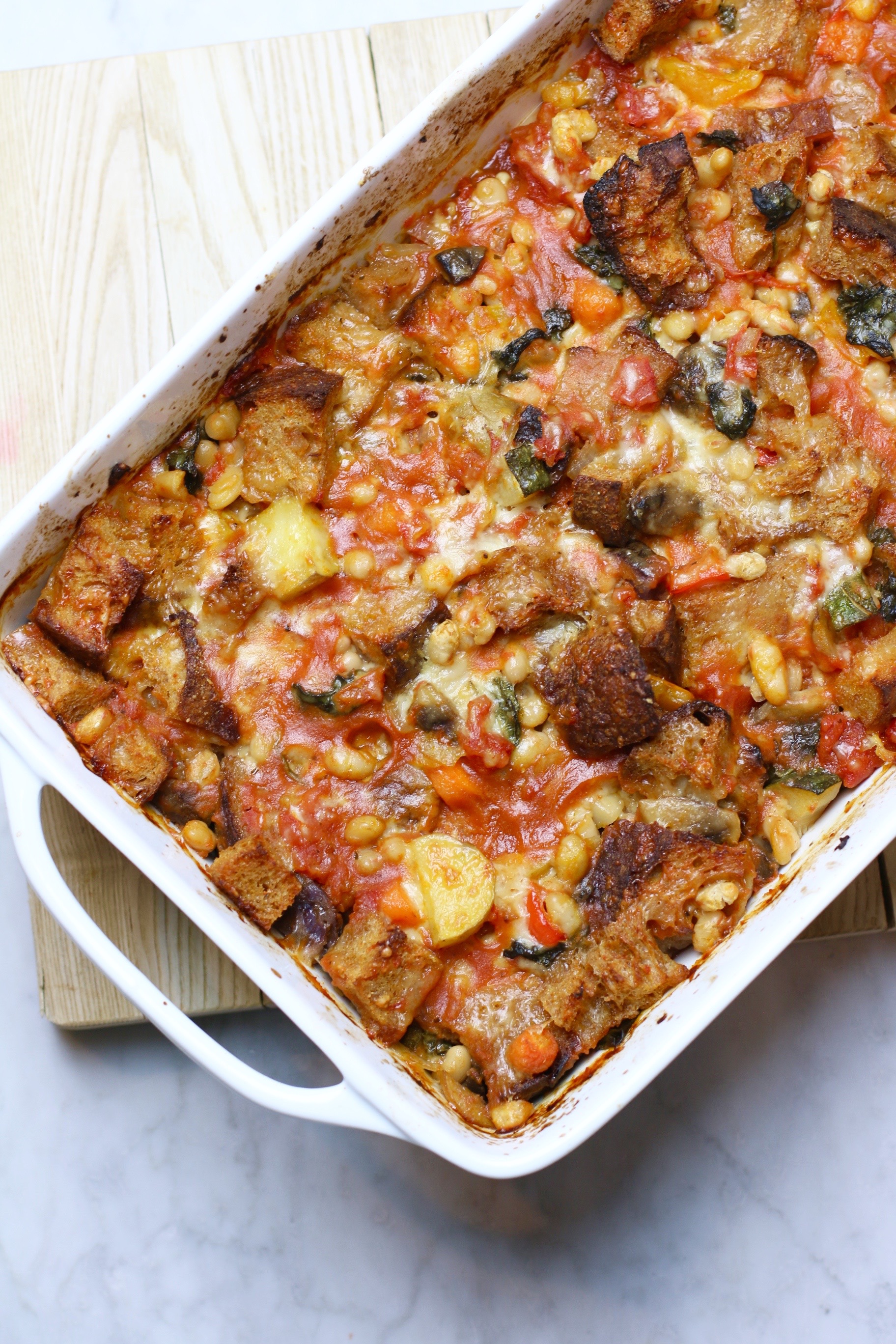 I’ll admit it, this is not the prettiest dish around.

Sure, it’s got a lot of color, but it is a big soupy mess.

What exactly is this smorgasbord of gooey, chunky food, you ask? It’s called a “panade,” and it’s basically a savory bread pudding. 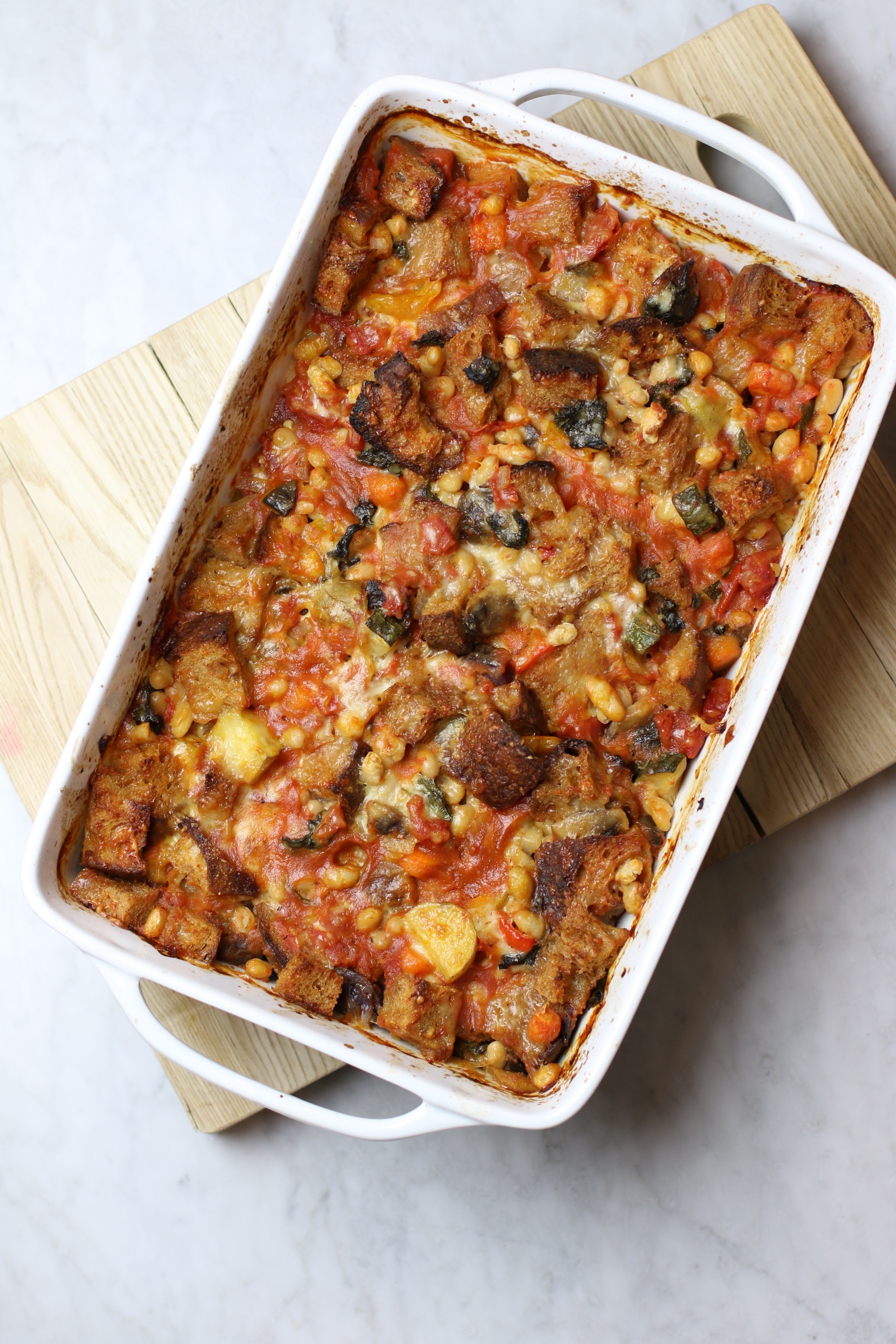 This European dish features bread cooked in some sort of liquid until it achieves a melt-in-your-mouth consistency. Everything else about the dish is really up to you.

Traditionally, it’s made with ground meat, but I used navy beans instead — then pretty much raided the fridge looking for any vegetable that was on its way out.

That’s the best thing about panade is that it’s a perfect pantry cleanser.

What to do with stale bread? Toss it in a “panade!” Savory bread soup #FTW >>

Stale bread? Throw it in the panade.

Wilted vegetables? Toss them in that panade.

Cupboard overflowing with cans of beans? Get those babies into your panade! (or give them to a homeless shelter, obvi)

Nothing goes to waste with this hearty recipe. 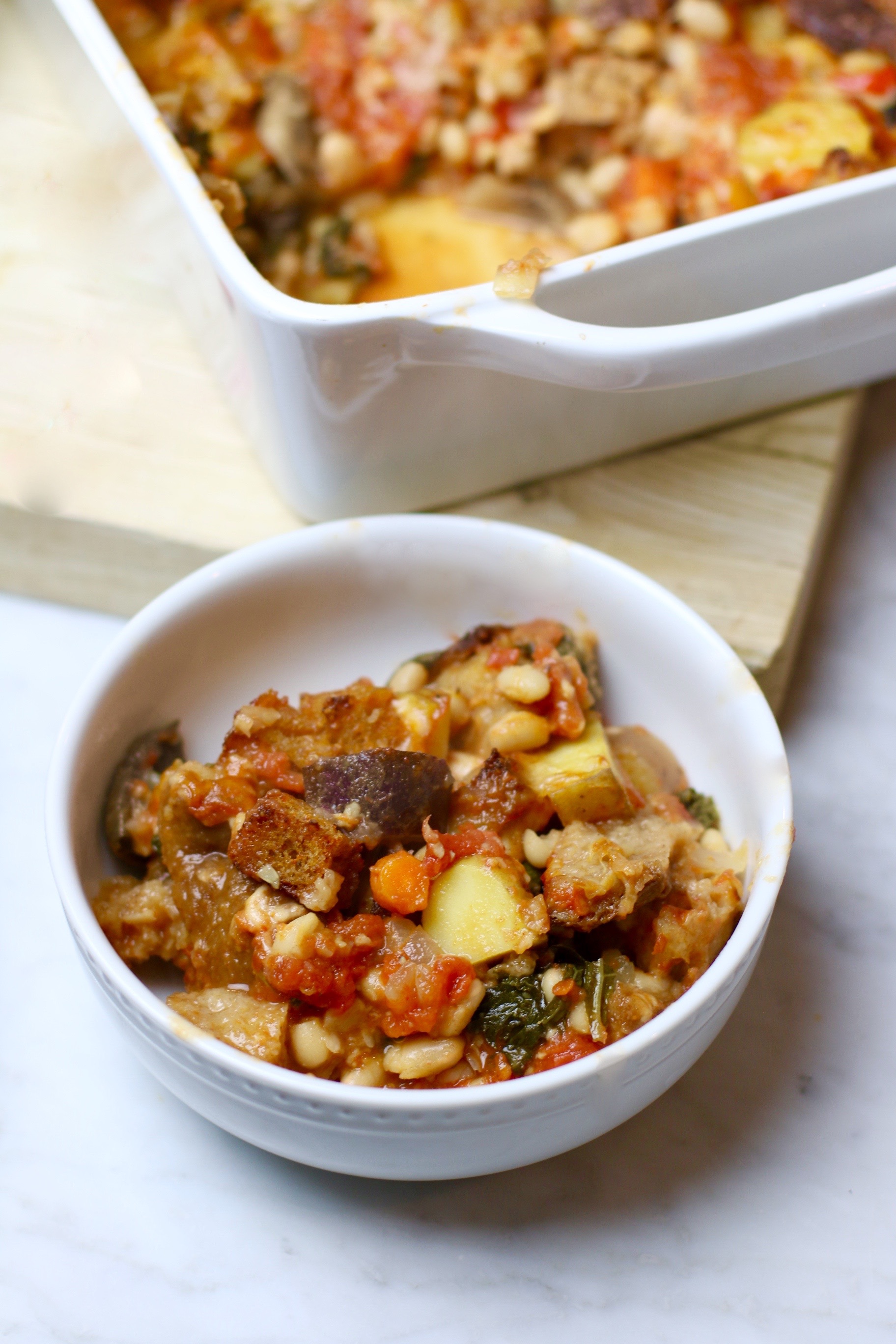 Ok, now that I’ve probably grossed you out talking about the garbage disposal properties of a panade, let me tell you about the taste.

The bright, acidic notes of the simmering tomatoes add a burst of flavor to the otherwise milder characteristics of the bread and starchy vegetables. Combine that with a generous helping of ooey, gooey cheese interspersed throughout the chewy layers, and you’ve got yourself a seriously scrumptious meal. 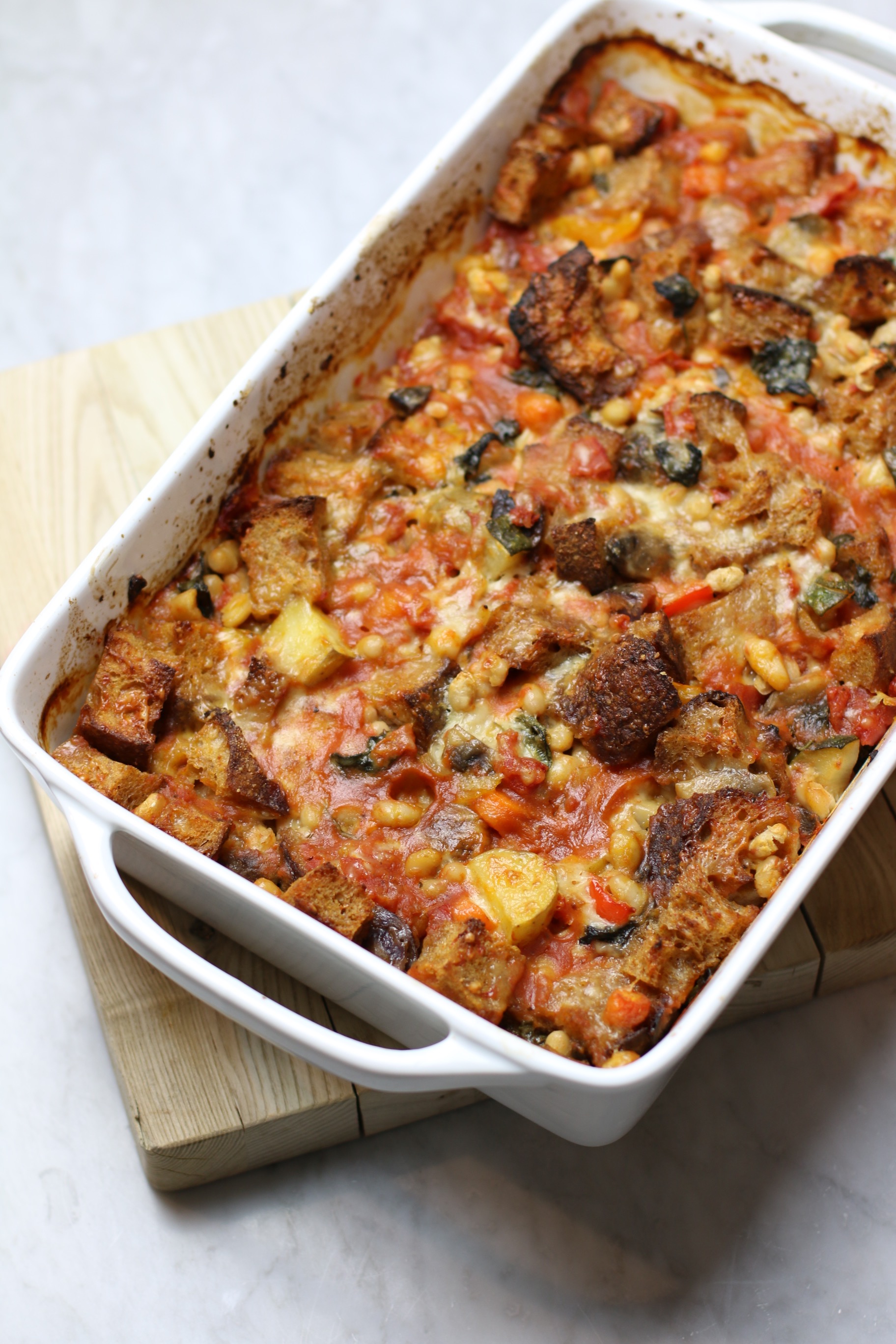 Finally, the combination of whole grains from the bread, plant-based protein from the beans, and a mega-dose of vegetables and phytonutrients (hello, lycopene!), makes this an incredibly nutritious dinner option with plenty of leftovers to keep your food-saving efforts going for days.

As usual, my husband was incredibly skeptical when I informed him we were having “bread soup” for dinner. The look in his eyes after his first bite was all the affirmation I needed though that this dish was a winner.

Print
Prep time
15 mins
Cook time
45 mins
Total time
1 hour
This savory bread pudding is made with whole grain bread, tomato sauce, white beans, and a plethora of vegetables. It's a great dish for using up leftovers!
Serves: 6-8
Ingredients
Instructions
3.2.2708
Fyi, you can easily make this recipe vegan by swapping the parmesan for vegan cheese or leaving it out completely.

Also, I used a whole wheat sourdough here, but you can use any bread you like — regular, gluten-free, etc. Some people find that sourdough is easier to digest than traditional wheat bread due to the long fermentation process.

Weigh in: Have you heard of panade? Will you try this tasty, savory bread pudding?!