Almond Butter vs. Peanut Butter: Is One Really Healthier? 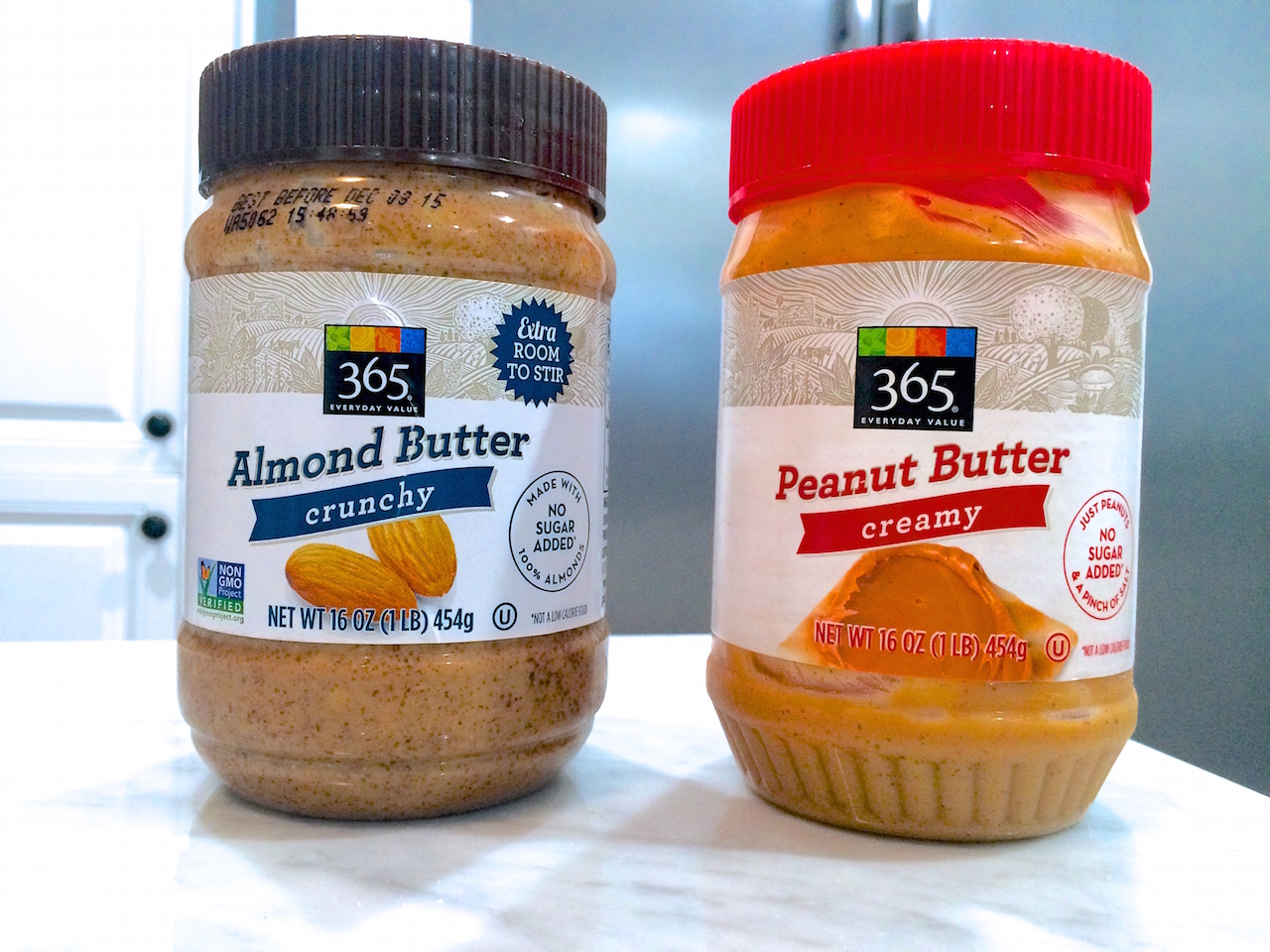 I hear it all the time:

When pressed for specifics though, people are often at a loss as to why they believe this is the case.

It reminds me of Jimmy Kimmel’s “What is Gluten” video.

One of the logical answers I’ve heard is: “Well, almond butter has less saturated fat.”

Almond butter has about 1.5 grams of fat, while peanut butter contains 2.5.

A lot of recent research is calling into question our concern with saturated fat — suggesting it was overblown during the “low-fat era” and purposing that it may not be as bad as we once thought. Whether or not you believe that, one gram of saturated fat doesn’t seem to make a humongous difference either way.

Another response I’ve heard is: “Well, peanuts aren’t even a nut. They’re both called nuts but almonds are grown in trees and peanuts are grown on bushes and are actually legumes. They’re completely different!”

I say tomato, tomato — they are both the product of flowering plants. The distinction of a peanut as a legume and not a “true nut” is simply due to the fact that the pod containing the peanut splits open upon maturity, while true nuts remain in their pods until mechanically opened.

In reality, peanuts and almonds have an almost identical fatty acid profile, which tells you way more about them than how they were grown.

So you see, they’re really not that different.

People also tend to point to the differences in micronutrients as a reason to choose almond butter over peanut butter.

“Almond butter has way more vitamins and minerals,” they say.

Almonds do have more vitamin E, riboflavin, and calcium, but they have similar levels of zinc and manganese to peanuts. Meanwhile, peanuts have significantly higher amounts of most of the B vitamins — thiamine (B1), niacin (B3), pantothenic acid (B5), B6, and folate (B9). The B vitamins all play an essential role in cell metabolism.

Finally, the majority of research shows that all nut consumption (peanuts included) helps prevent against a wide range of diseases.

Bottom line: Both almond butter and peanut butter are good for you. The difference between them is negligible.

Just make sure to buy the natural kind (oil will be floating on the top) with no added sugar or preservatives. Also, try to find organic or non-GMO as many peanuts in the US are genetically modified.

I love all nut butters so I keep both on hand at all times. I usually spread my english muffins with almond butter and use peanut butter for things like my Spaghetti Squash Pad Thai or my 4-Ingredient Peanut Butter Chocolate Oatmeal Cookies. 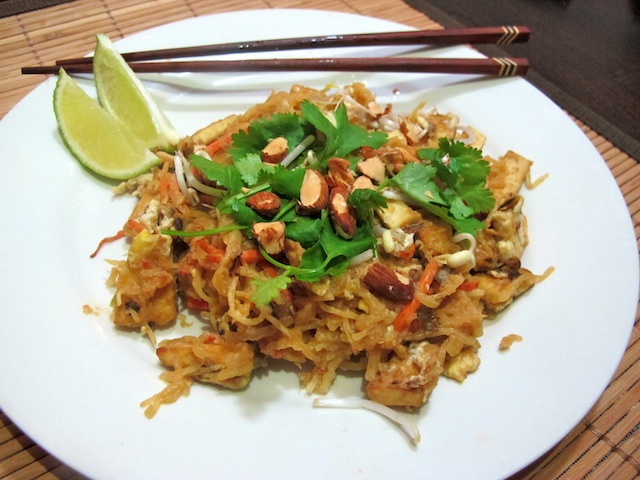 This pad thai has a double dose of nuts with peanut butter in the sauce and crushed almonds on top.

Weigh In: Did you/do you think almond butter is healthier than peanut butter? What’s your favorite nut butter?