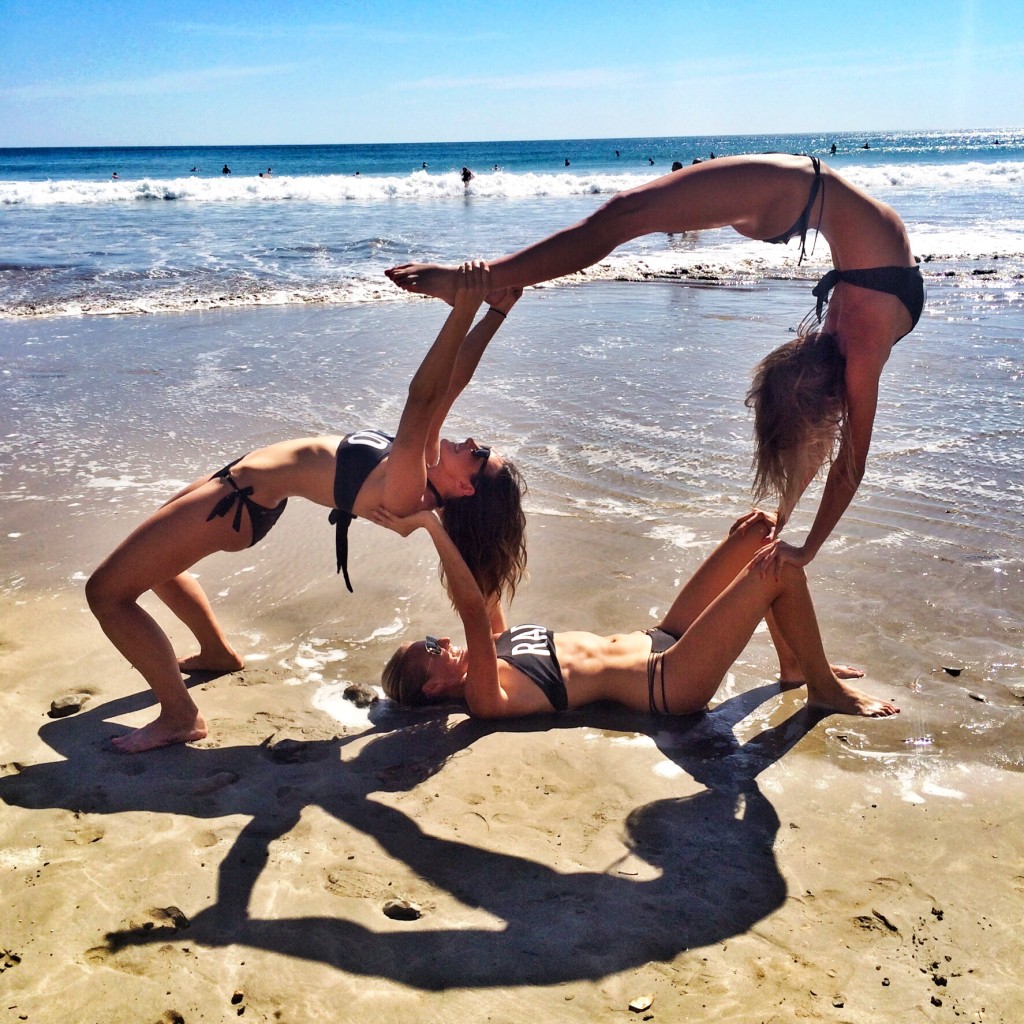 If I were the type to regularly update my Facebook status with my actual whereabouts, the past two weeks mine would have read:

“Gone Bacheloretting, Be Back Soon.”

I apologize for the inconsistent posting lately.

Two weekends ago I was in Miami Beach for my soon-to-be sister-in-law’s Bachelorette, soaking up the sun at Eden Roc. 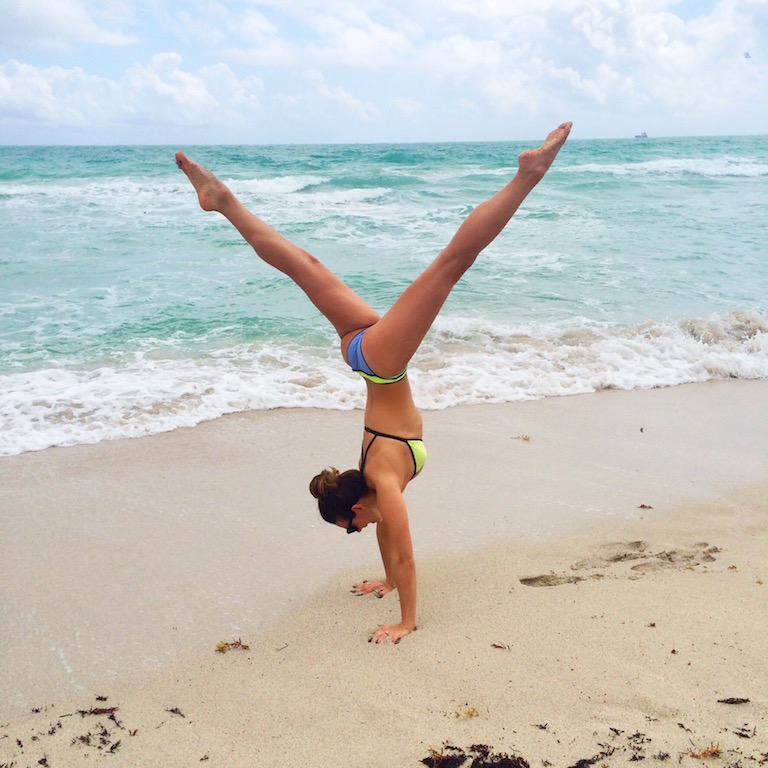 We had a blast relaxing on the beach, and enjoying Miami’s famous supper clubs and nightlife. 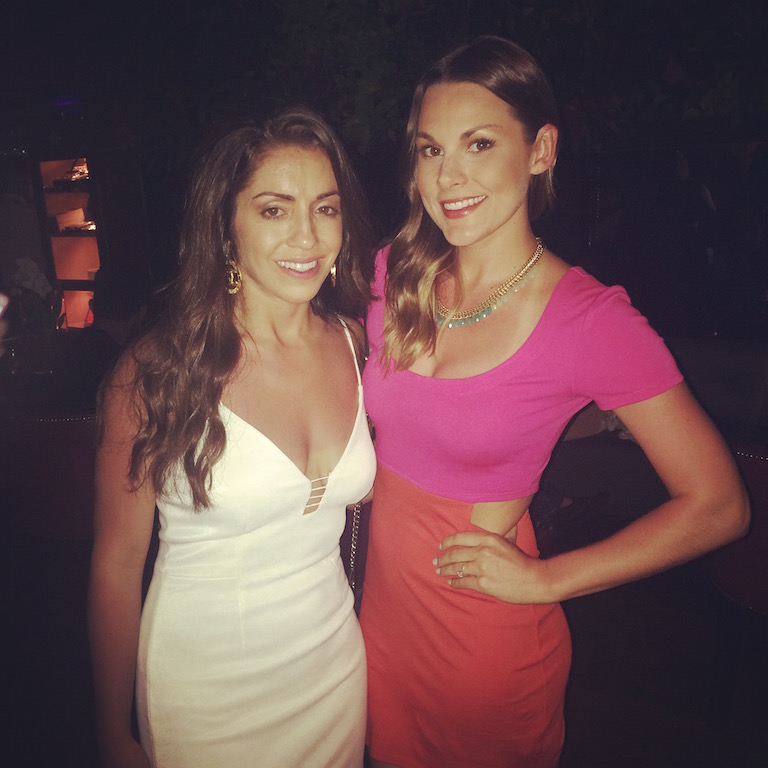 I was specifically impressed by Bâoli‘s amazing food.

Their sushi was incredibly fresh and their beet salad was like a work of art. 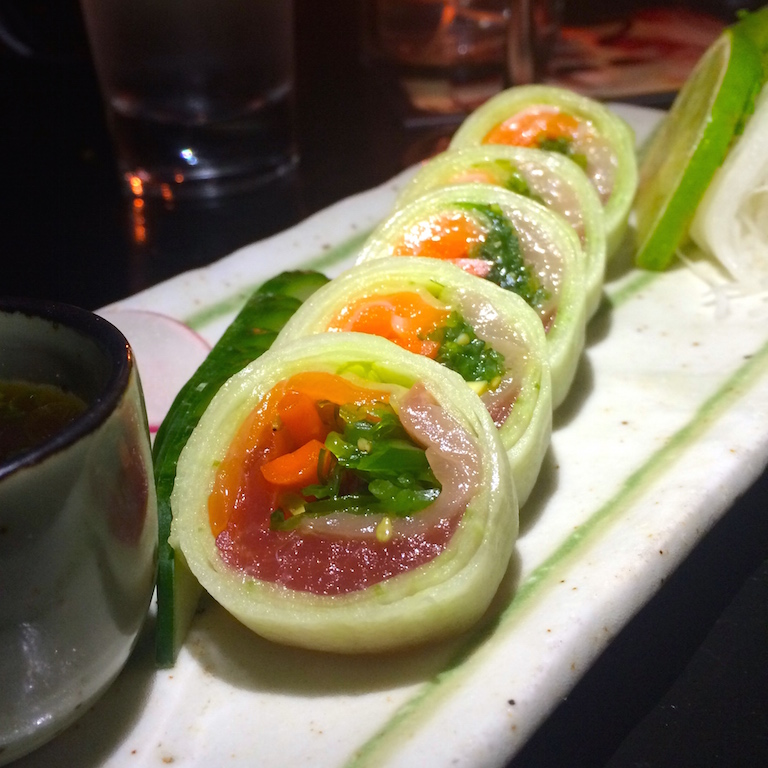 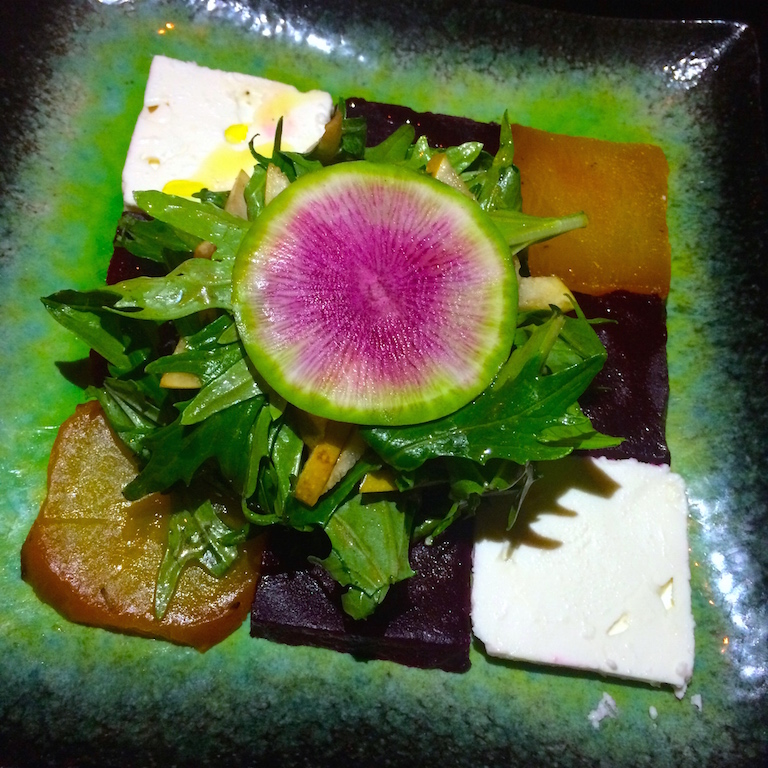 It was a super fun (and tasty) trip. 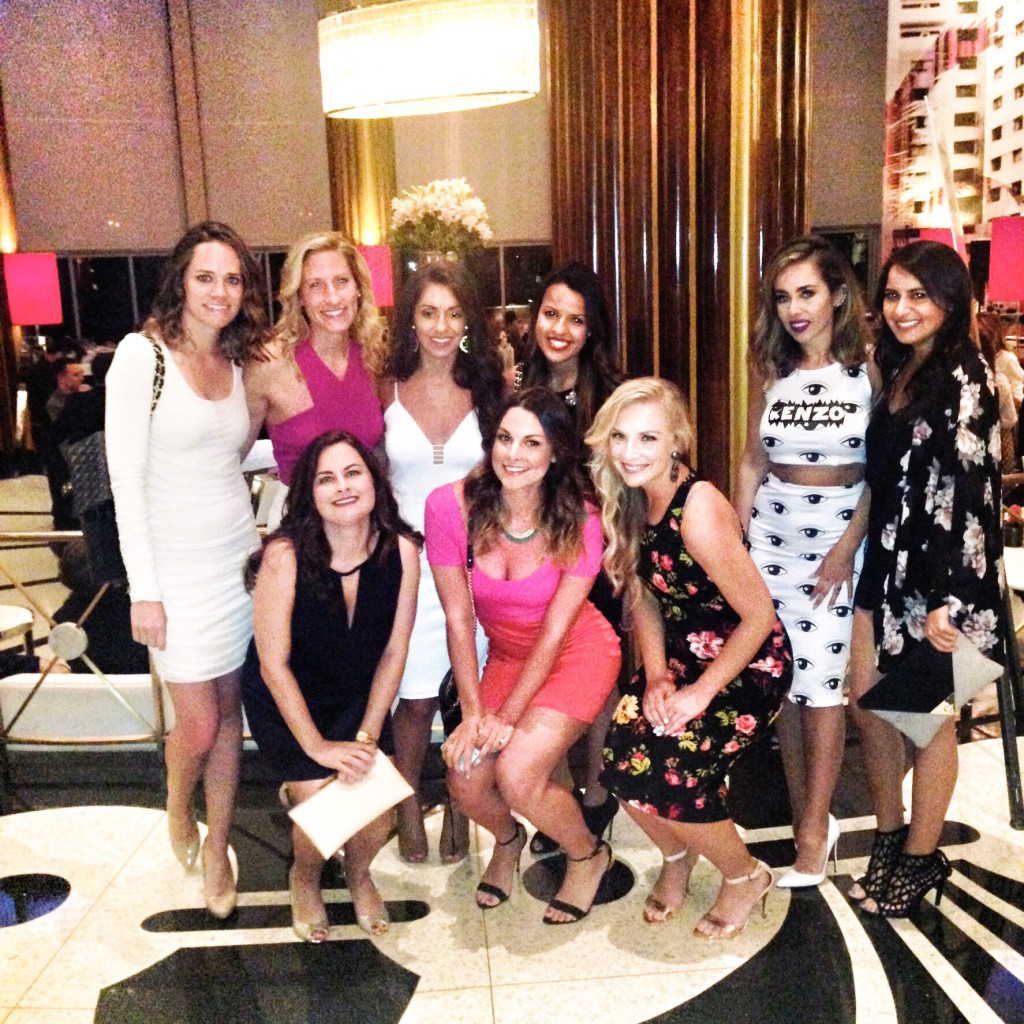 After just a mere three days to recover from our wild weekend though, I was back en route to Miami on the way to my to my next Bachelorette destination: Nicaragua. 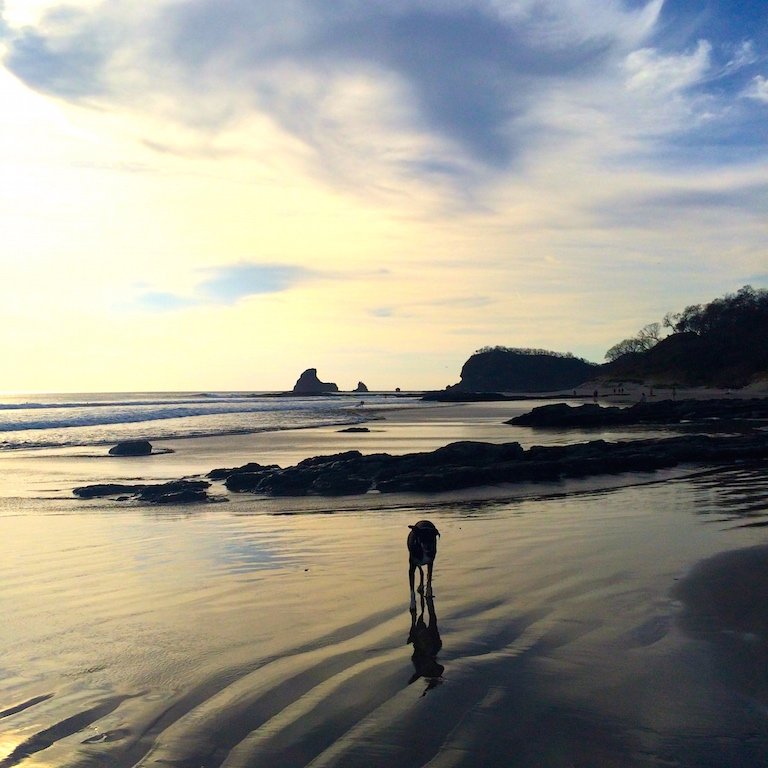 That’s right. My amazing friend Laura, who is getting married in NYC in May, chose the most exotic Bachelorette destination I’ve ever heard of — and God bless her for her creativity, because we had a blast. 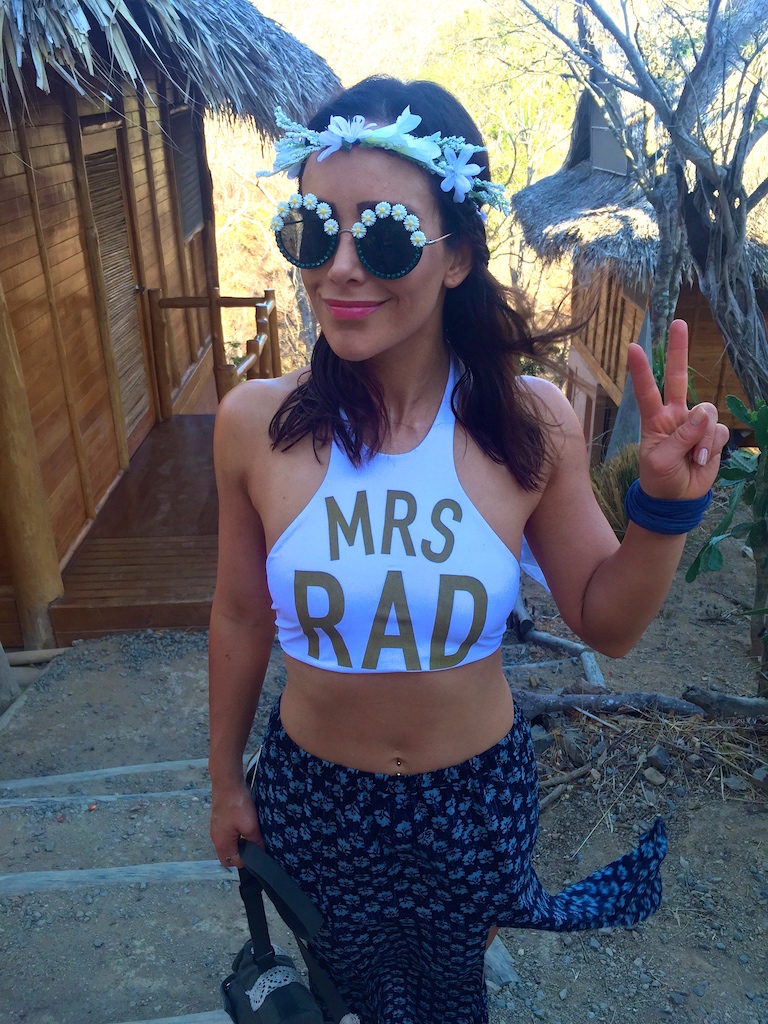 Maderas Village, located in the Pacific costal hills above Playa Maderas, is a beachy bohemian paradise for people looking to vacation (semi) off the grid. 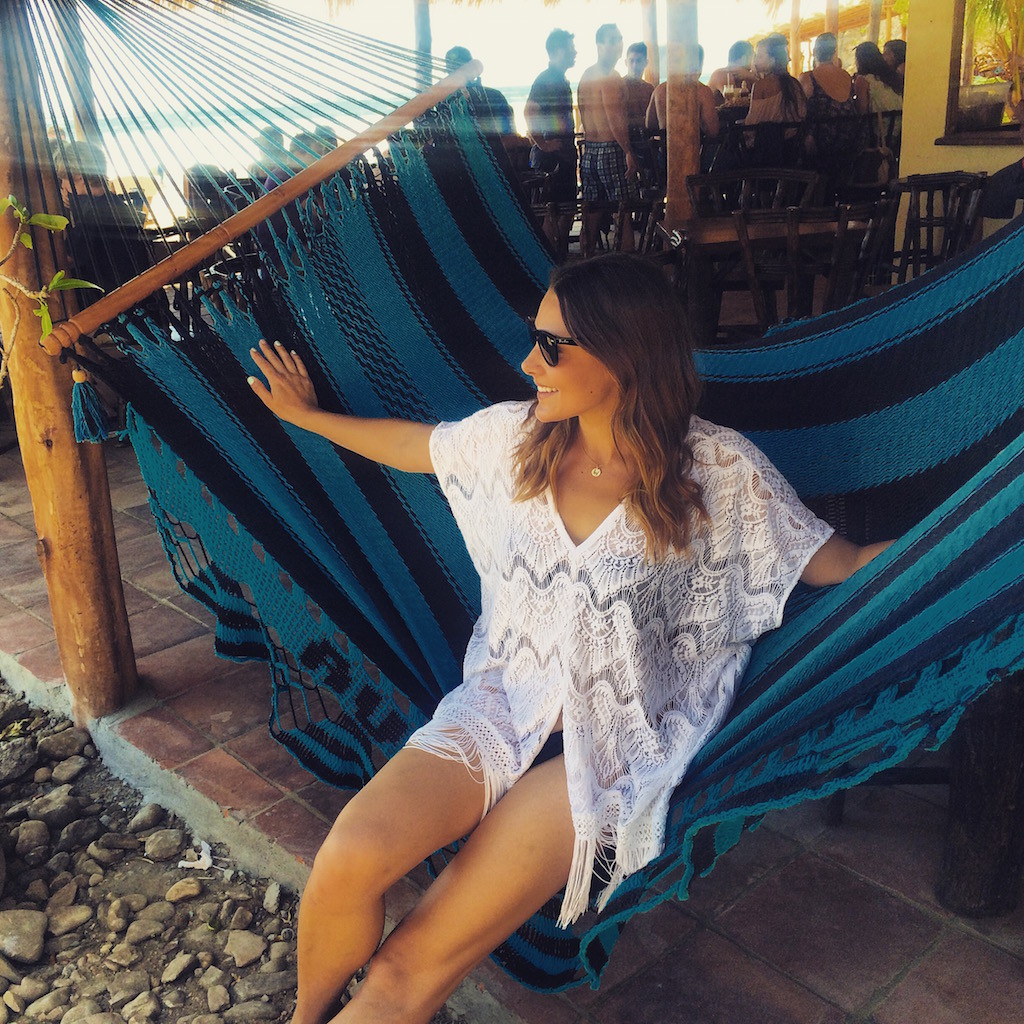 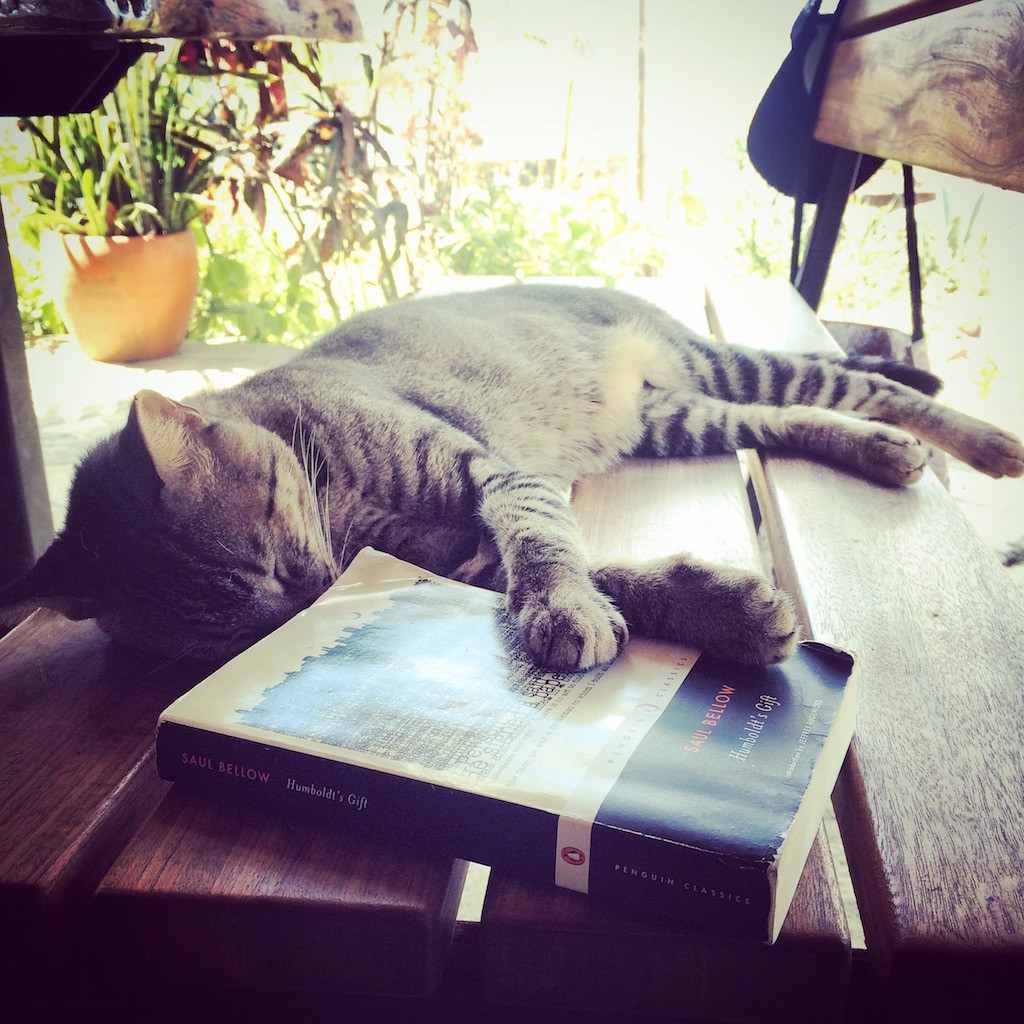 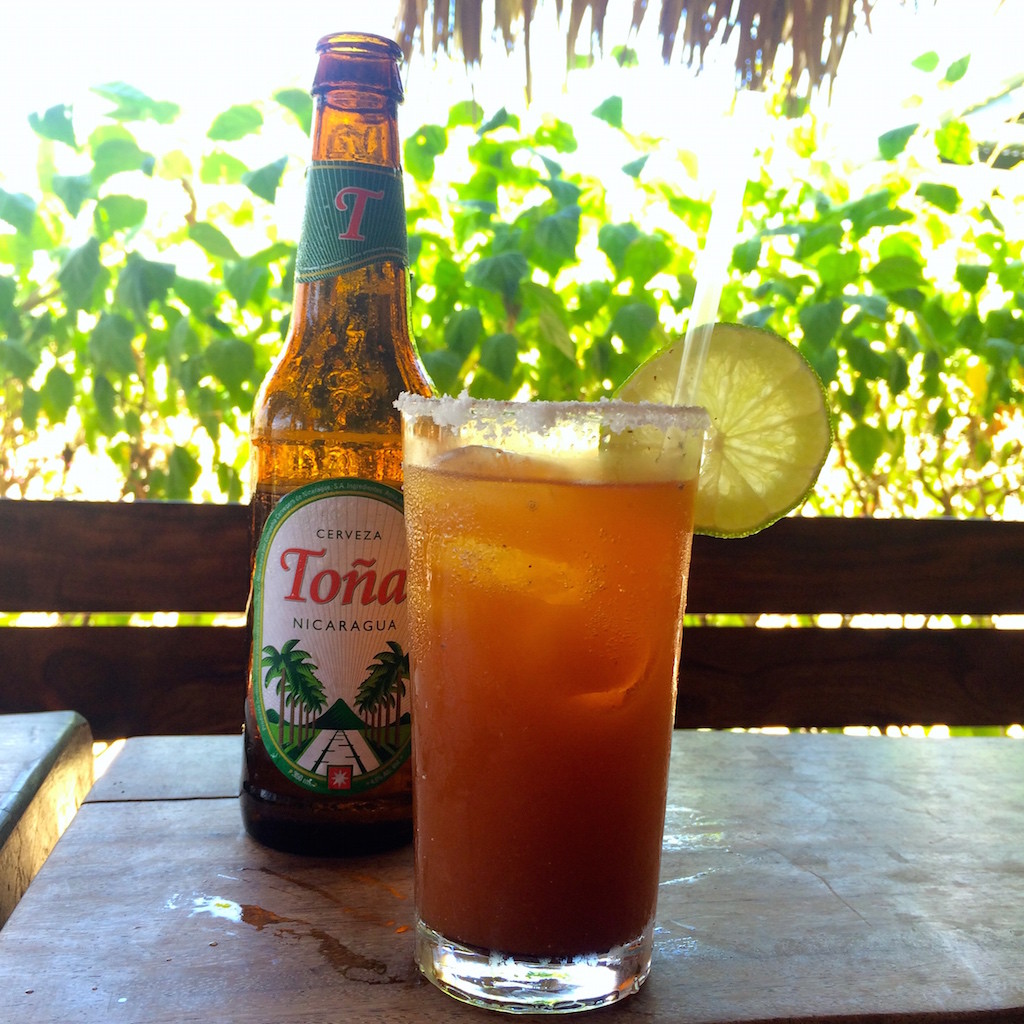 While you feel like you’ve found your own secret jungle hideaway, staying in thatched roof cabanas and waking to the sound of howler monkeys, you’re never too far from society with their (mostly) spot-on Wifi. 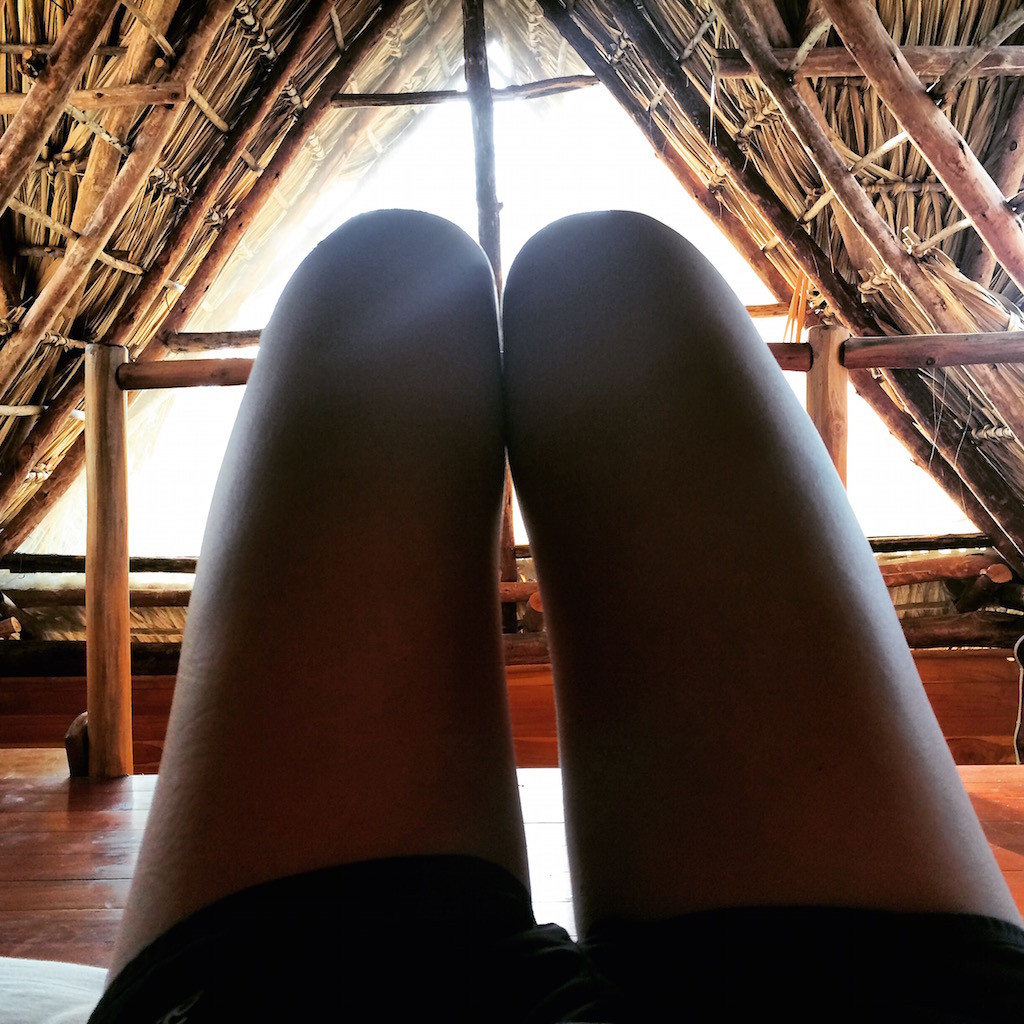 I spent my mornings sipping coffee and catching up on email, exploring the grounds, and indulging in an energizing but also relaxing Vinyasa sesh from their resident yoga guru Aga.

We actually attempted to film a 10-minute yoga video for you guys, but alas, my iPhone died after 2 minutes. I’ve condensed the bit I did get though to give you a snippet of what it was like!

Though this video doesn’t do her justice, I can tell you that Aga is a phenomenal teacher — and not just because she has the best playlist ever.

Although, she did turn me on to my new favorite song: “For You by Angus & Julia Stone.”

Thanks to the hot Bachelorette babes who starred in the video with me – Maddie, Madison, Cristina + Nicole.

Our afternoons were spent trying more adventurous poses on the beach. 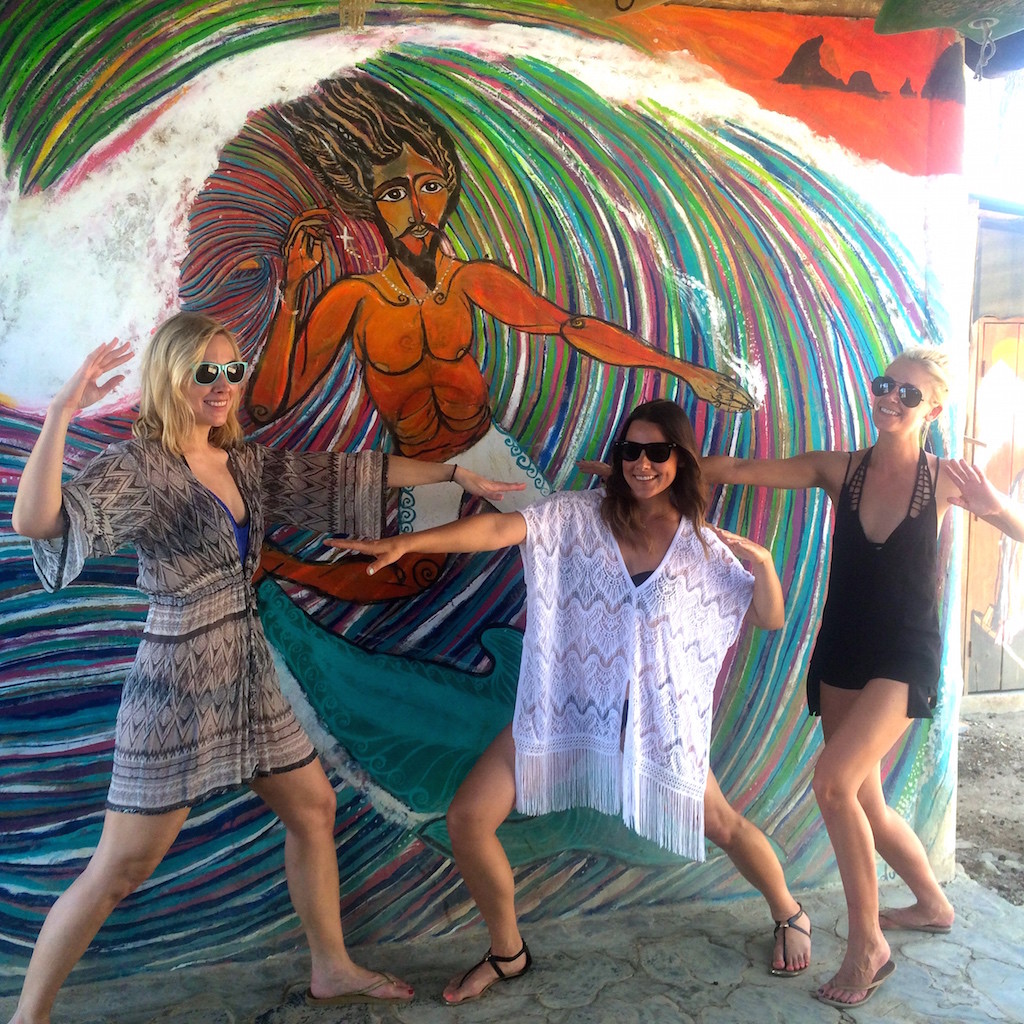 Don’t try that one at home.

We also went for an amazing sunset horse back ride, stopping (naturally) for photos with our new four-legged friends. 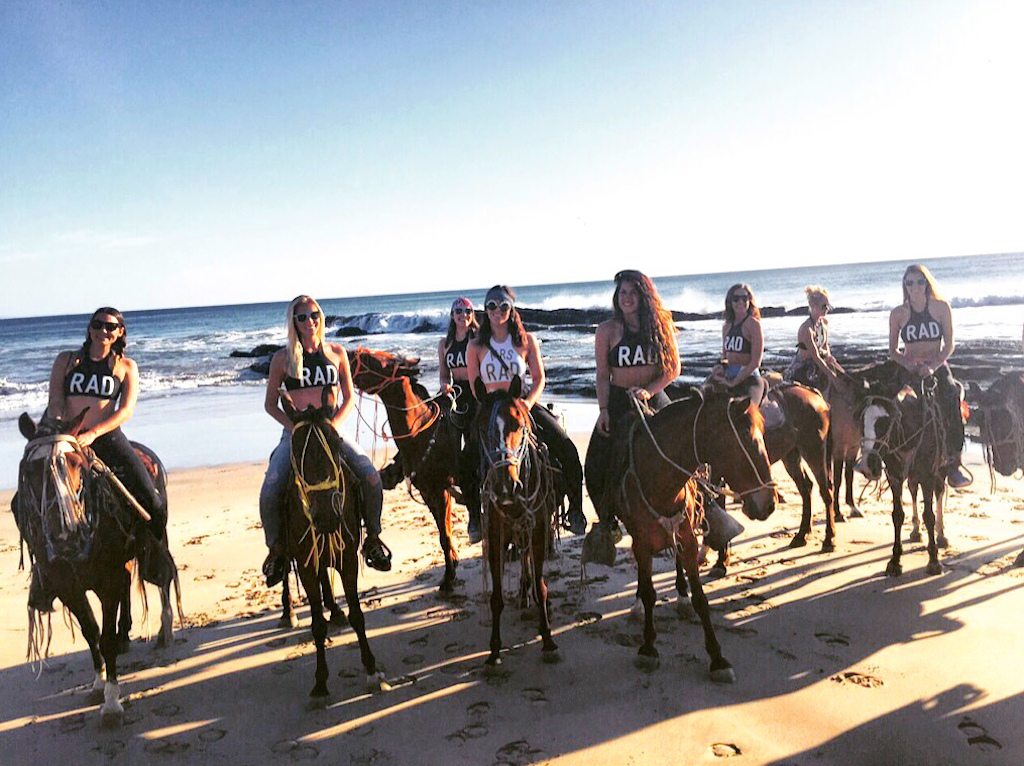 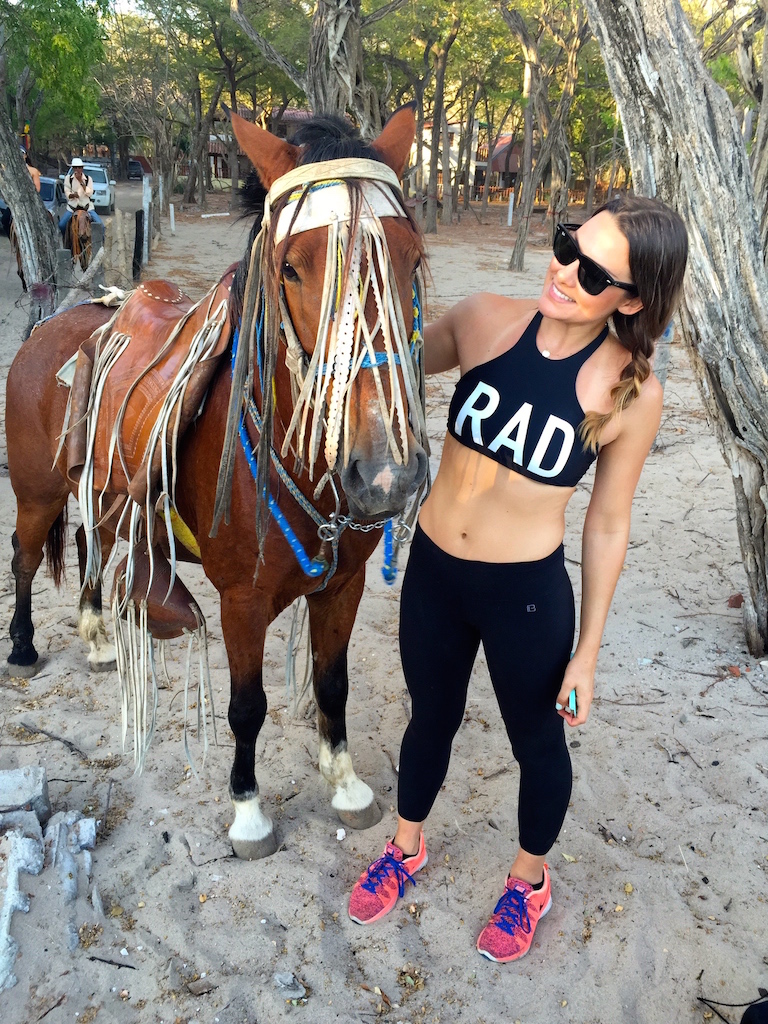 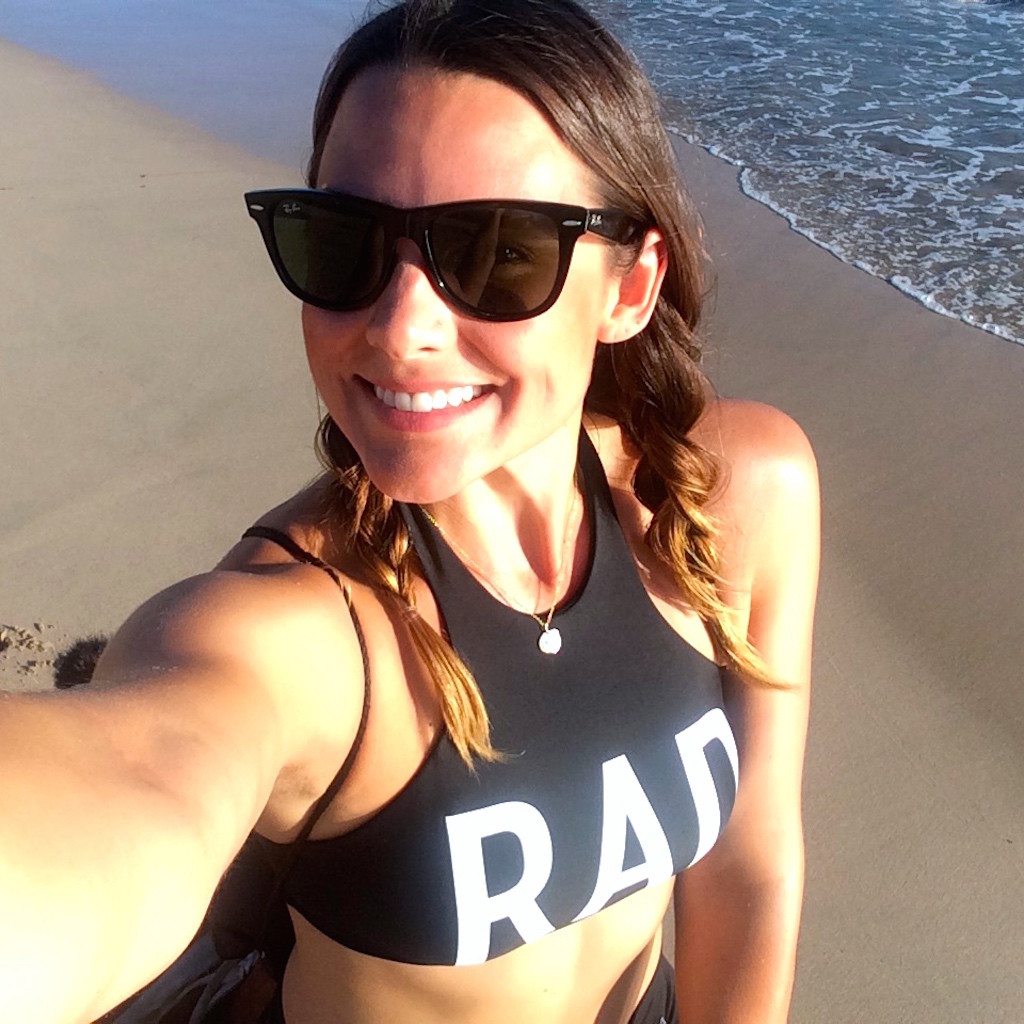 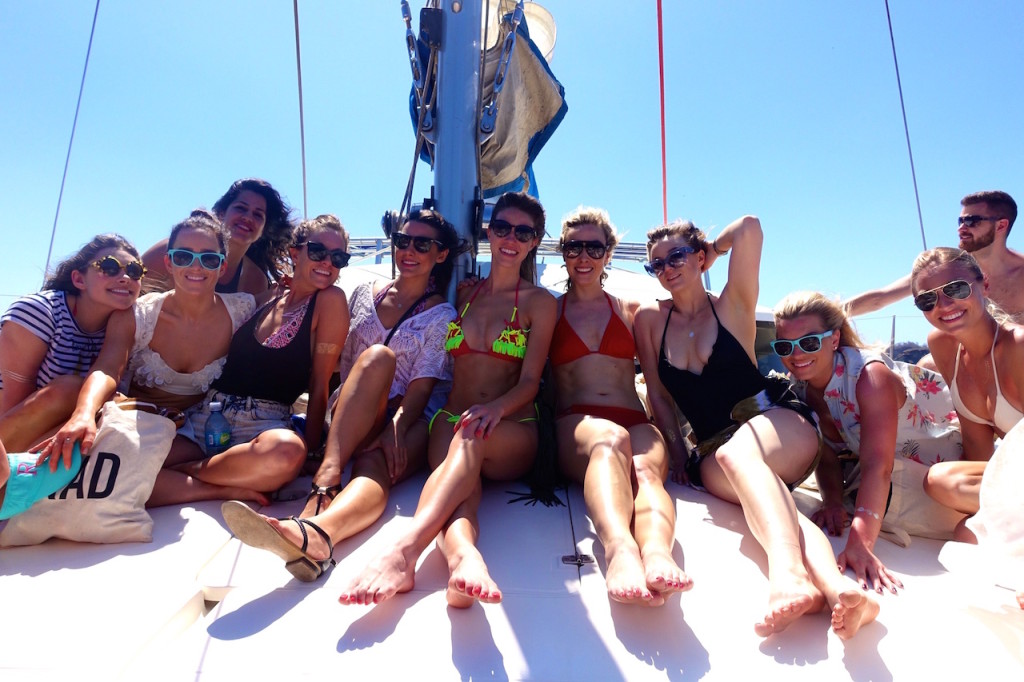 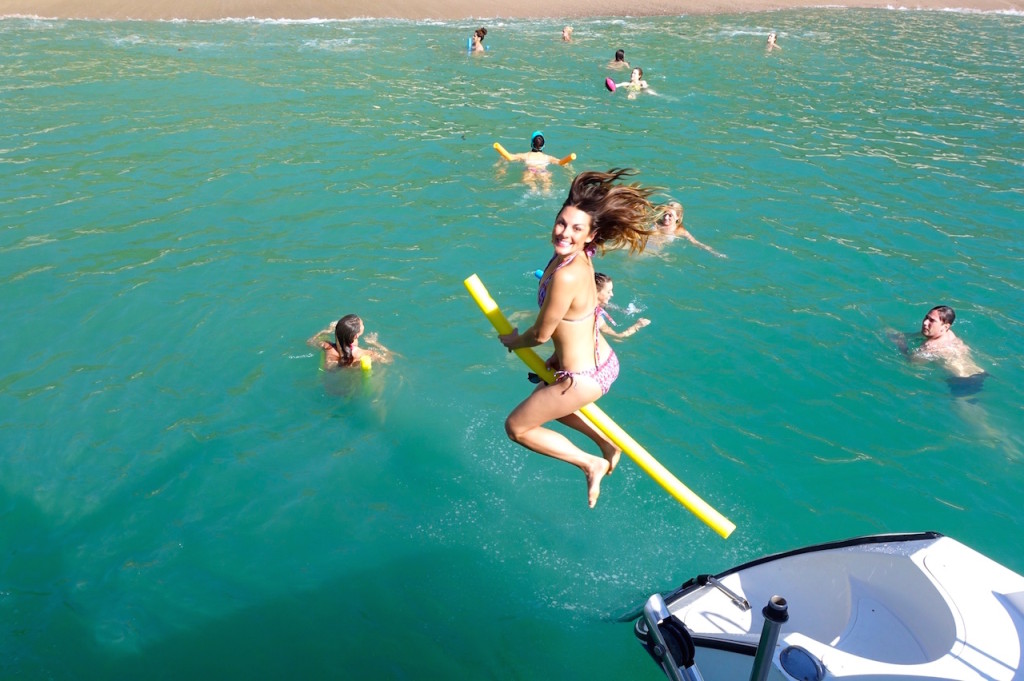 Laura’s besty Nicole is the brainchild behind the uber-cool swimwear line Beach Riot so she had us looking pretty legit the whole trip in our matching “Rad” gear. 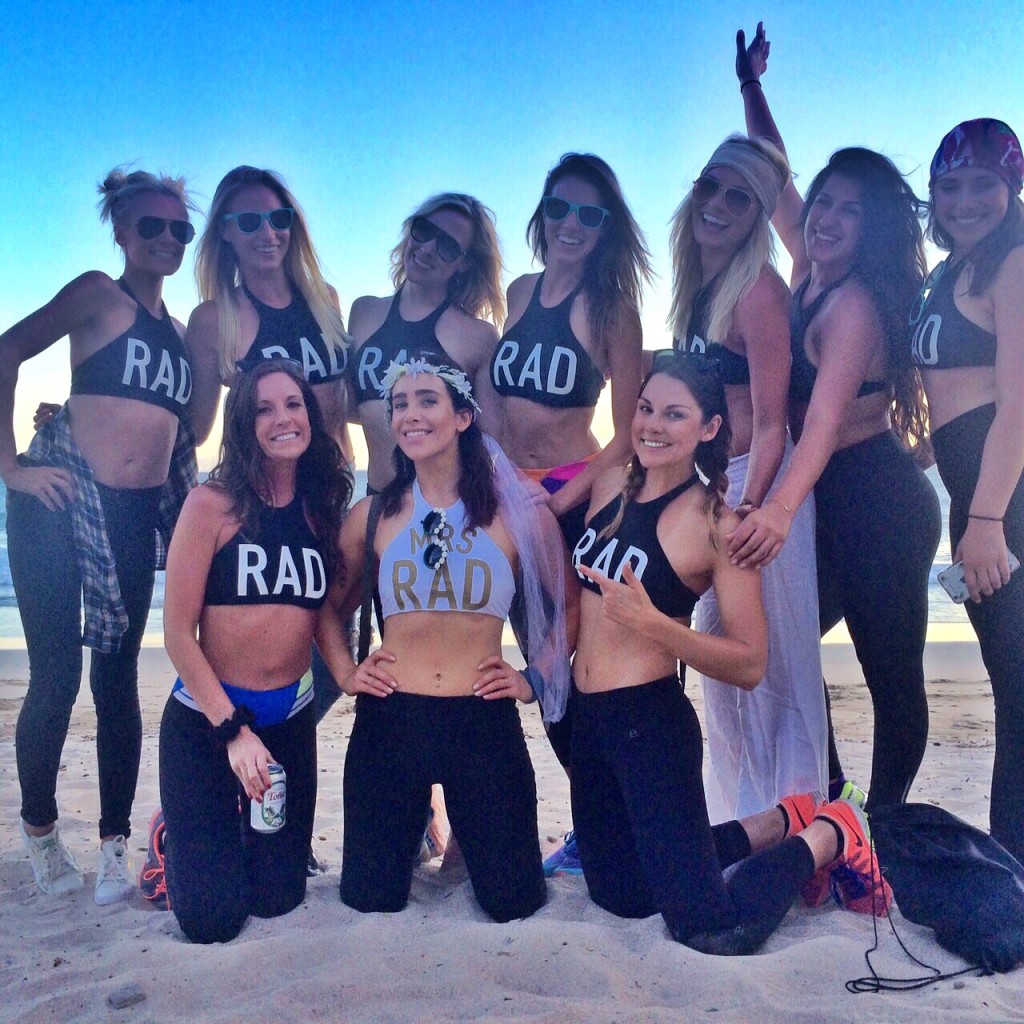 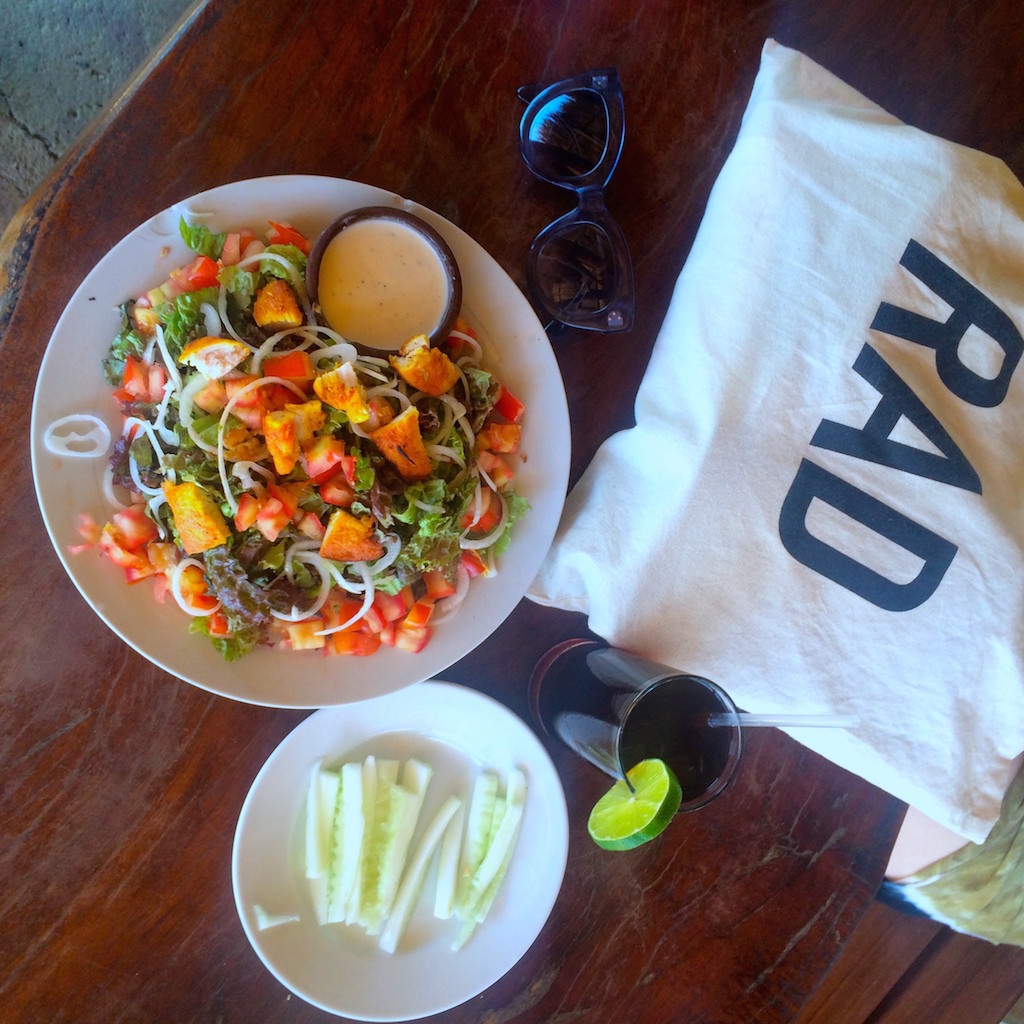 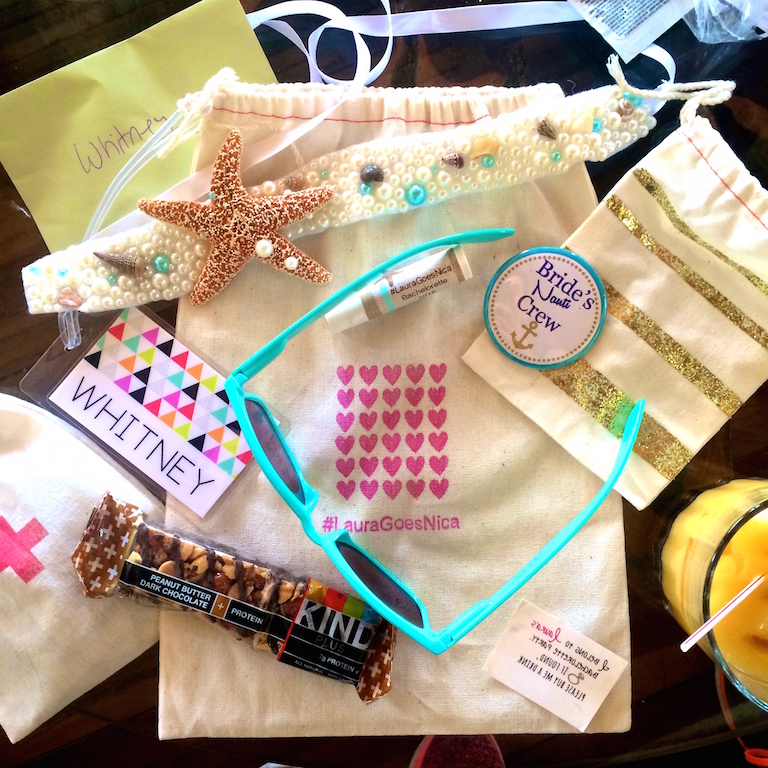 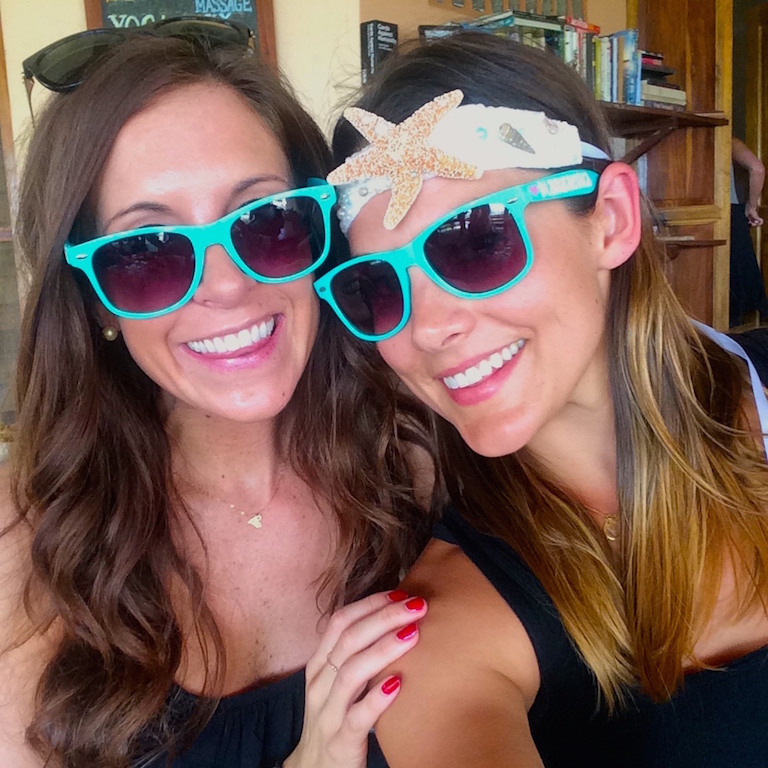 I mean, Bachelorette gifts don’t get much cuter than this. Note taken.

Given the group’s affinity for themes, our nights were spent in costume. 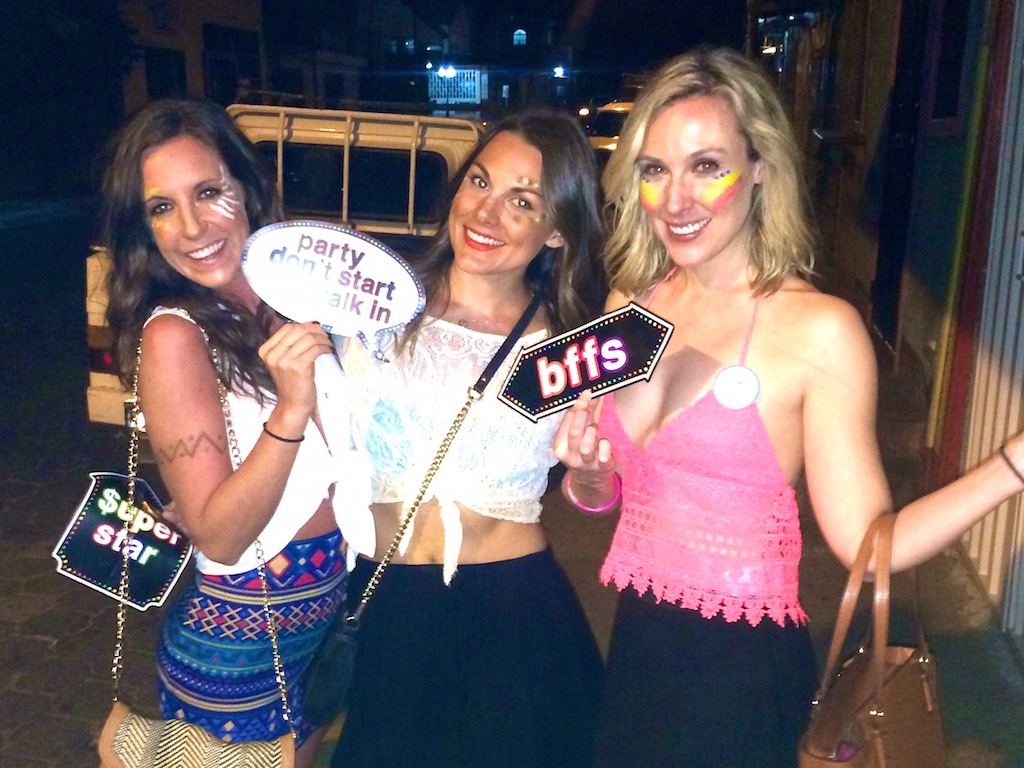 And Saturday was our beach bonfire “White Party.” 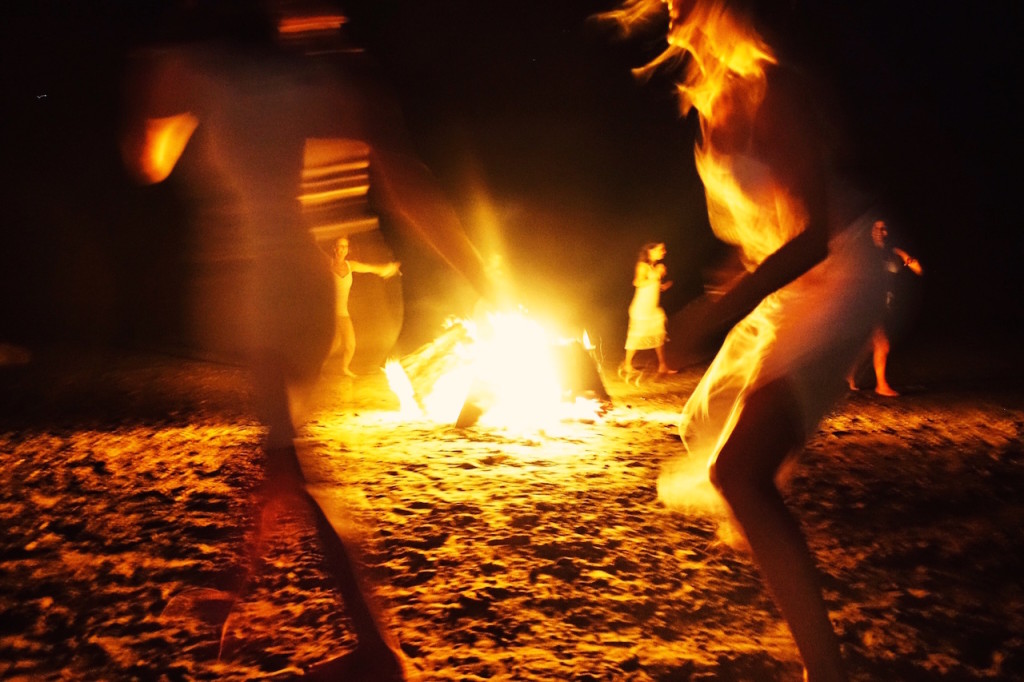 Needless to say, my dress is no longer white.

So anyway, that’s what has been distracting me from my blogging duties for the past two weeks.

A major thanks and congratulations to my two beautiful brides, Mary and Laura! You’ve both shed a ray (or more like spotlight) of sunshine into my bleary bookworm existence of late. 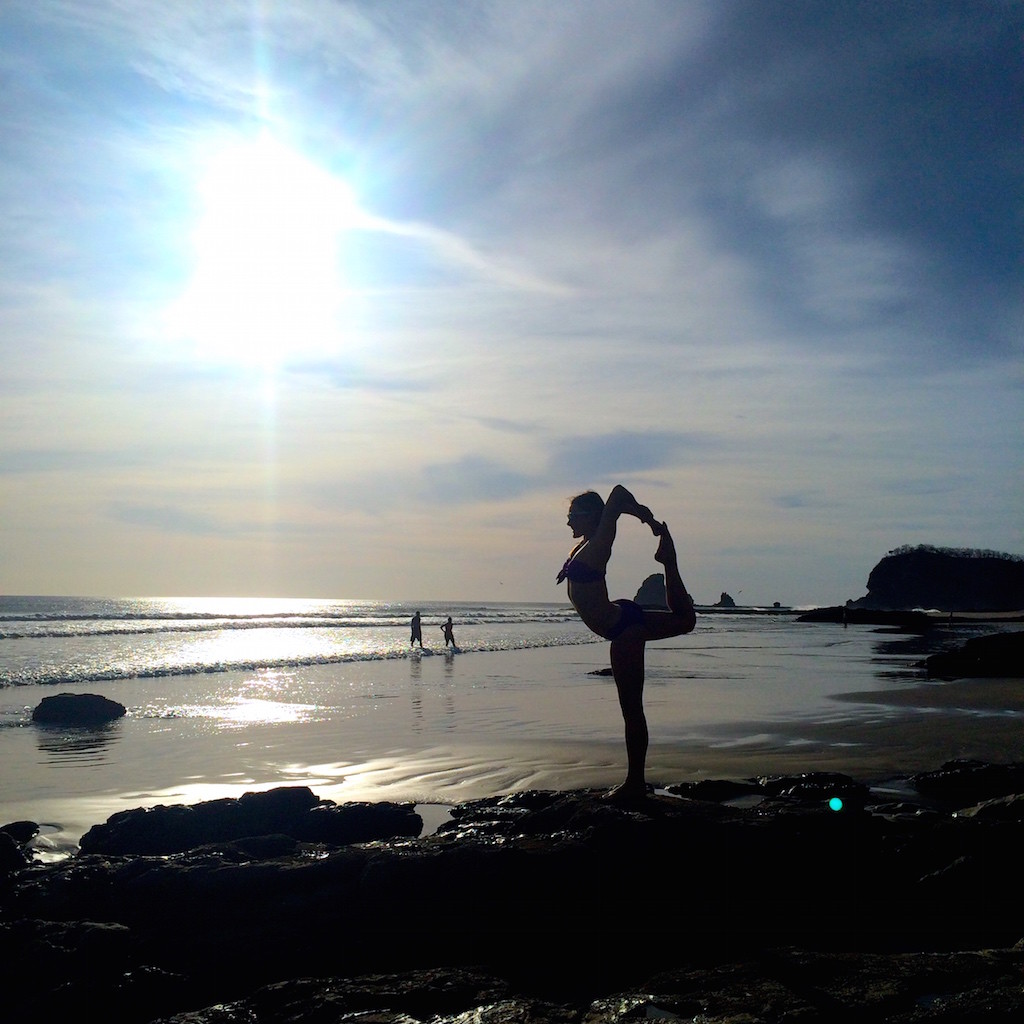 Thus far all of the Bachelorette parties I’ve been on have been incredible and with my own wedding on the horizon, I’m not sure how — or if — I’m going to be able to top them.

Weigh In: What’s the most interesting/crazy/fun Bachelorette party you’ve been on?