This vegan potato salad is nutritious, filling, and super tasty. It comes together in just a few minutes, and it makes the perfect dish for a party or potluck. 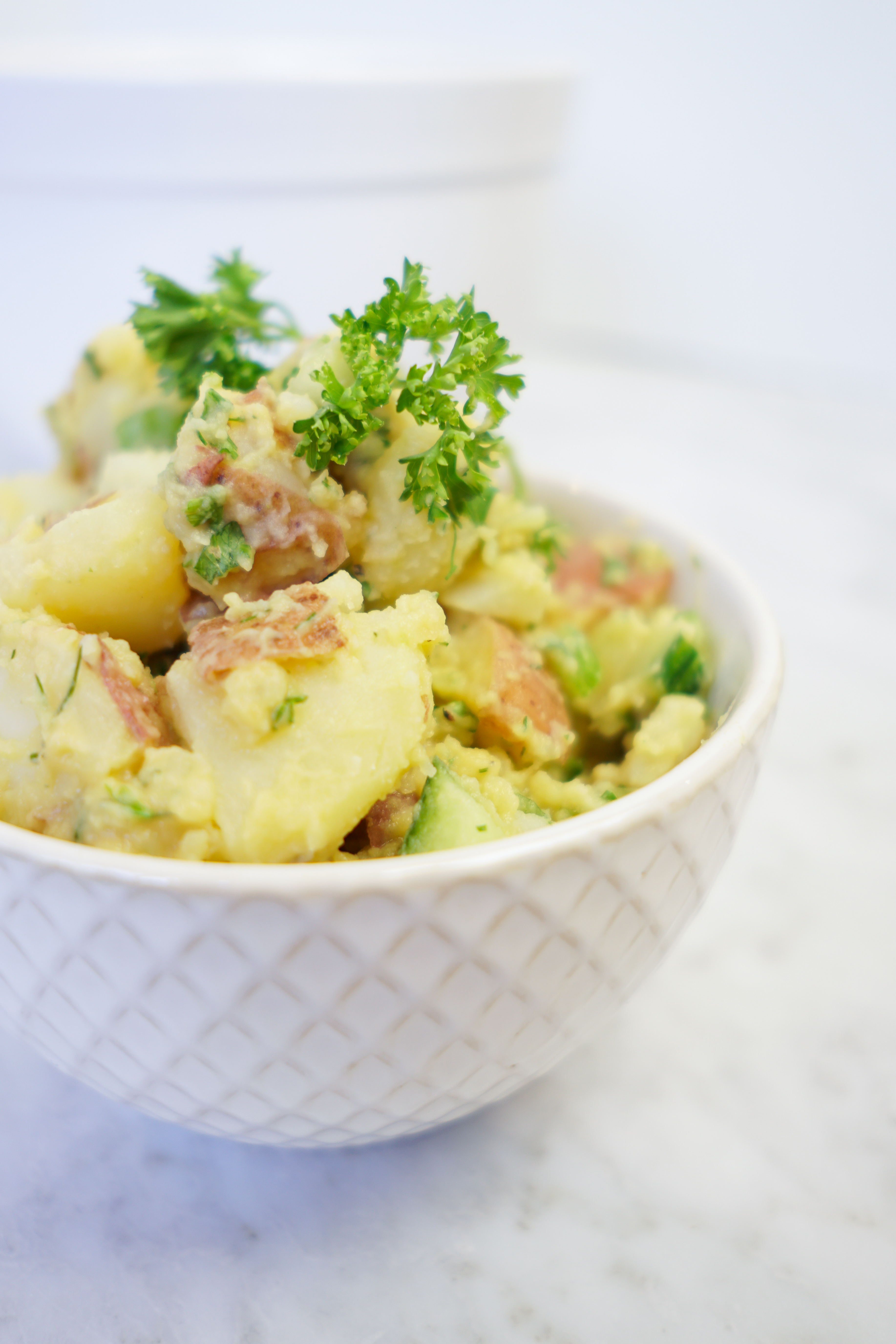 When you think of carbs, what comes to mind?

But what you may not realize is that some of the healthiest foods, fruits and vegetables for example, are made up of mostly carbohydrates.

Did you know that Brussels sprouts are almost 70% carbs?

Yes, potatoes are full of carbs. And they’re also full of fiber, vitamins, minerals, and even some protein.

If you’re still skeptical of this nutrient-dense, versatile food, just look at the Okinawans. They are one of the longest-living populations (also free of common Western diseases) and they get about 60% of their calories from sweet potatoes.

So, if you love potatoes like I do, you’ve got to try this potato salad. It’s so easy to make, and the dressing is made with chickpeas, which makes it super creamy and adds a boost of plant protein! 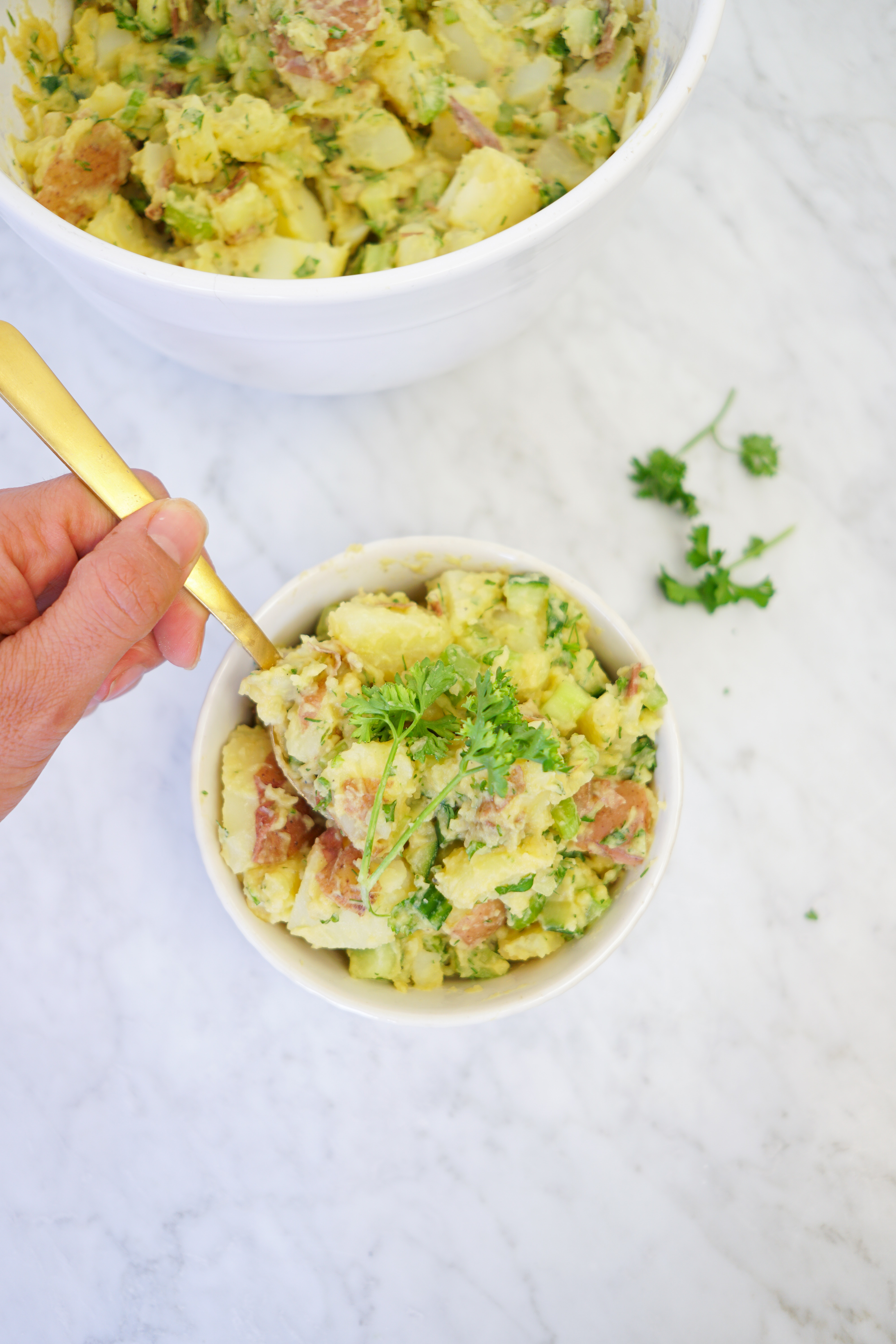 The best part of this recipe is that it can be made ahead of time, and it tastes even better the next day once the flavors have a chance to soak in. 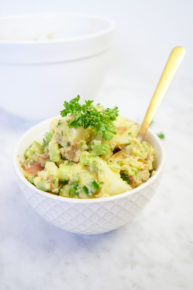 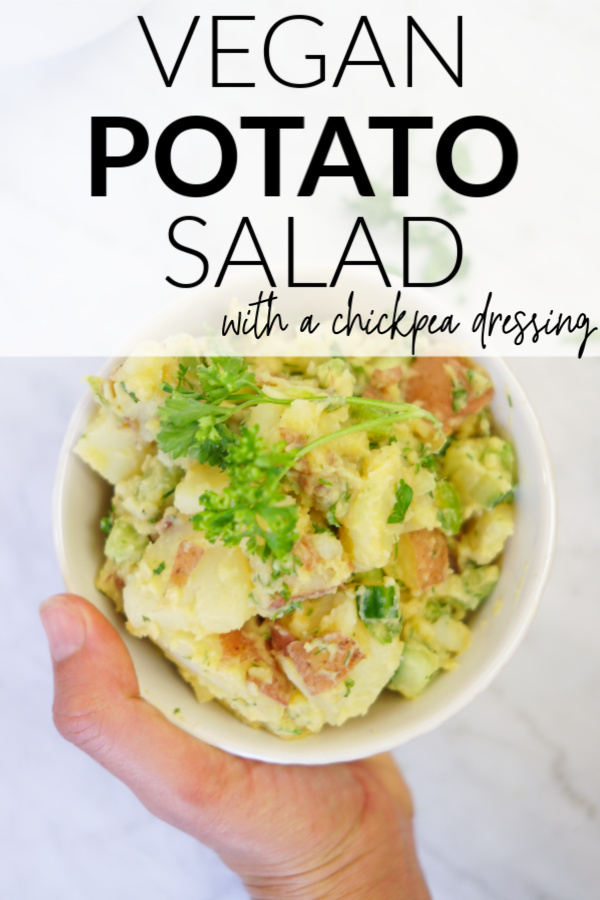 Weigh in: What’s your favorite way to eat potatoes? Will you try this vegan potato salad?