5 “Superfoods” to Try This Fall 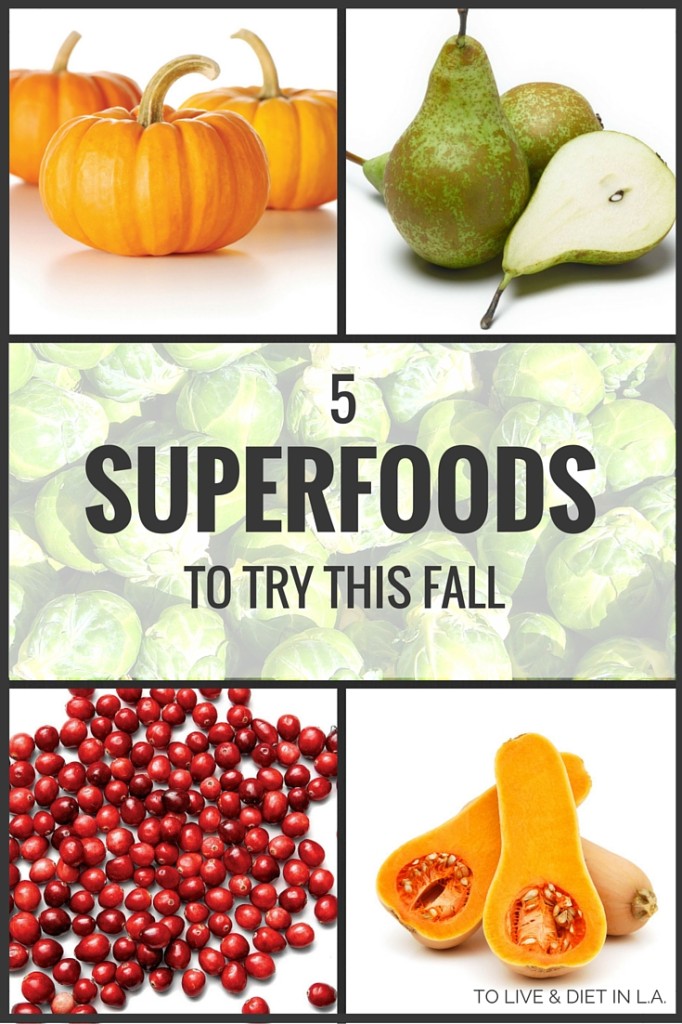 Despite the fact that it is blazing outside (at least here in LA), today is officially the first day of fall!

The weather tricked me last week with a brief spell of rain and cool breezes but it’s been back in the 80s/90s this week, and I am dying for things to chill out.

More than the weather though, I’m excited for fall food! While spring and summer usually take all the credit for flourishing food, fall has a ton of it’s own awesome produce to boast.

5 “Superfoods” To Try This Fall + some tasty recipes you’ll find them in! via @whitneylenglish

Before we jump into what those are though, I’d like to take a brief moment to talk about “superfoods.”

The term SUPERFOOD gets tossed around a lot. There’s no real definition for it, but it’s commonly used to describe nutrient-rich foods with possible health benefits. Nutrition “experts” often overuse the term and incorrectly claim certain “superfoods” can cure disease.

That’s totally far-fetched, but a lot fruits and vegetables do have tons of vitamins, minerals, and awesome little molecules in them that scientists know have beneficial properties. They’re called phytonutrients/phytochemicals.

A lot more research needs to be done on them, but for now we do know that most are antioxidants that can help prevent oxidative stress in the body (something experts believe is the cause of many chronic illnesses).

So now that we’re clear on what a so-called “superfood” actually is (basically any really nutritious food), here’s a list of my fall favorites, the benefits they bestow, and some great recipes to try them in!

PS – Stick around until the end of the post for an awesome health + fitness giveaway from the Institute for Vibrant Living! 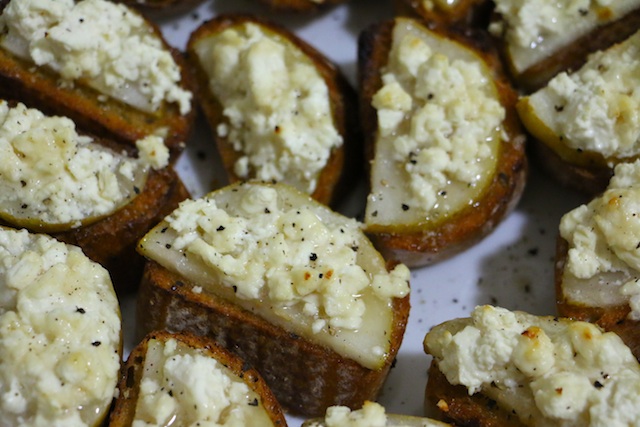 Despite lacking a significant amount of vitamins, pears are a great source of flavanols, an antioxidant also found in cocoa, green tea, and wine. Pears are typically harvested in summer and enjoyed in fall/winter.

Try them on some Honey-Glazed Pear Crostinis. 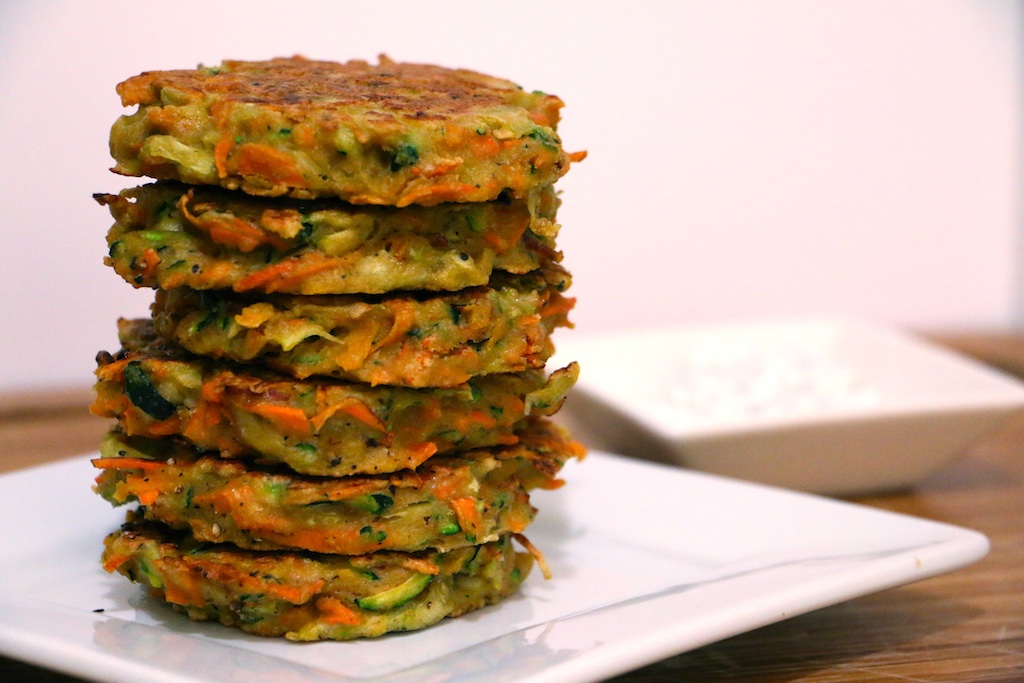 The pretty orange color of butternut squash is attributable to it’s high content of the Vitamin A precursor, beta-carotene. Beta-carotene is very important for eye health, especially as we age.

I can think of a million amazing recipes to try it in, but my favorite are these Butternut Squash, Zucchini + Sweet Potato Fritters. 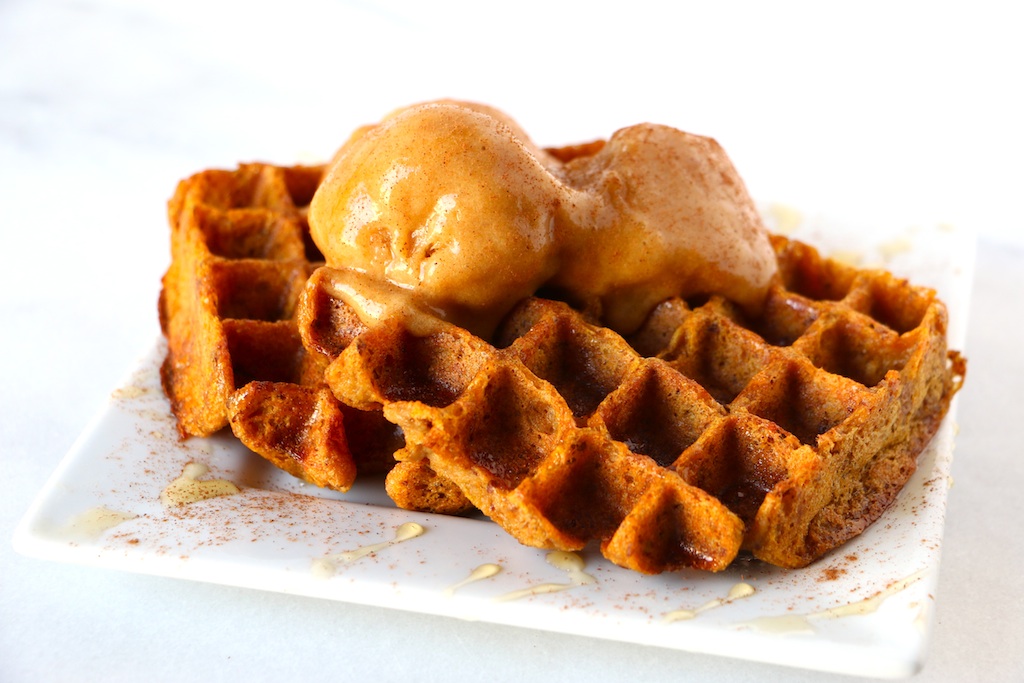 Also falling in the carotenoid family, pumpkin is chalk full of this orangey nutrient. In addition to eye health, carotenoids are also a potent antioxidant thought to be protective against oxidative damage to cells.

The best pumpkin recipe in my repertoire is my Vegan Pumpkin Waffles with Pumpkin “Ice Cream.” 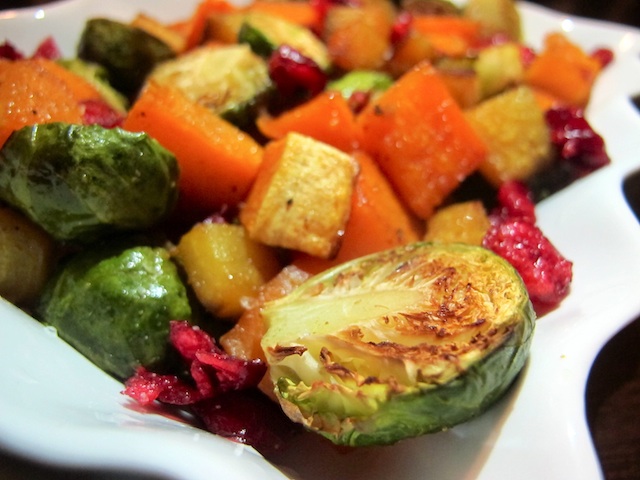 When you think of Vitamin C, you probably think of oranges — but tons of other fruits and vegetables (like brussels sprouts) are also very high in this nutrient. A half cup serving of the green vegetable provides half of your daily dose of the vitamin.

Vitamin C is required for many bodily functions, and one in particular that is important during cold season — immunity. While it can’t prevent or treat colds, it does strengthen the immune system and some studies have shown it to modestly decrease the duration of cold symptoms.

Try them in this Sweet & Savory Roasted Vegetables recipe. 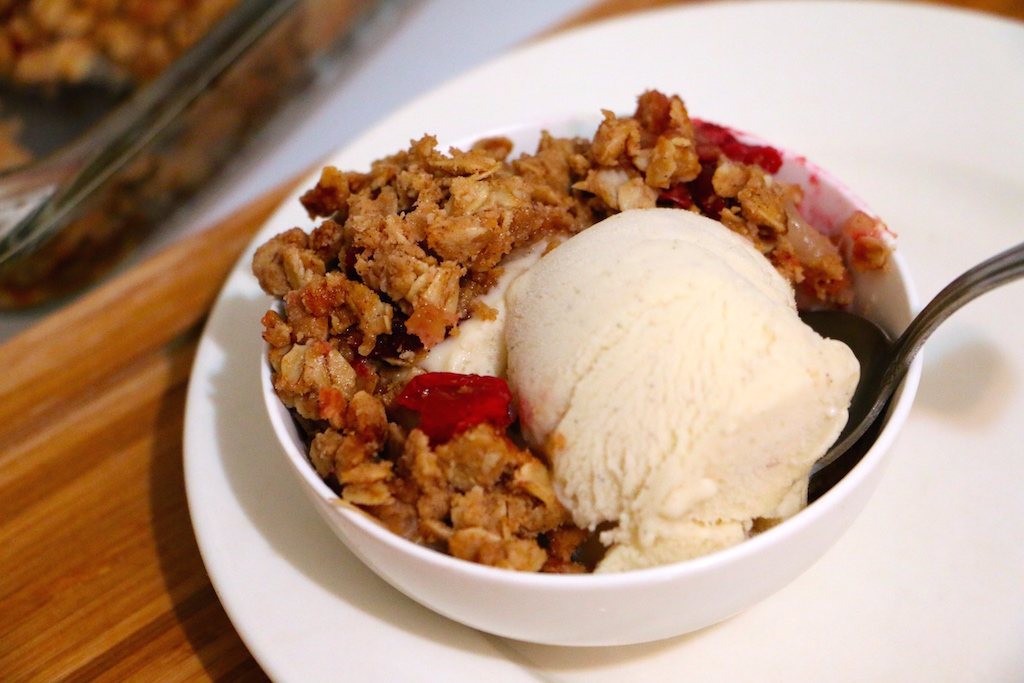 This tiny tart fruit packs major protective properties in the form of phytochemicals known as flavonoids. These chemicals are found in cell membranes where they exhibit antioxidant activity, scavenging free radicals that can damage cells.

While you may not like your mom’s Thanksgiving cranberry sauce (lord knows I don’t – sorry mom), you’re guaranteed to love this Ginger-Spiced Cranberry Pear Crisp!

Another great way to get “superfood power” without the restraints of seasonality is with a supplement. I recently discovered one from the Institute for Vibrant Living called Go Ruby Go! and I’ve been adding it to things like smoothies, juices, and banana froyo on days when I feel my nutrient intake has been lacking. 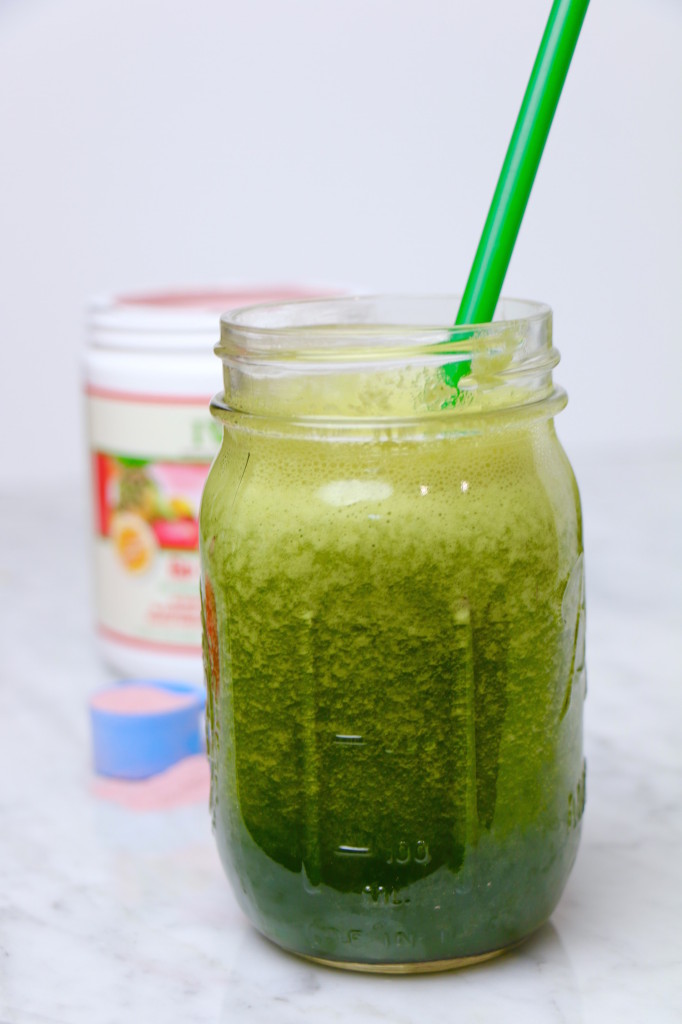 This ruby red powder has 42 different concentrated forms of fruits and vegetables so you can reap all of their various phytochemical benefits without eating a truckload of food.

It also contains only three grams of sugar, so despite its sweet taste, it doesn’t add a ton of calories to your day.

IVL is actually hosting a Health & Beauty Giveaway this month where you can win a 3-month supply of Go Ruby Go!, along with a bunch of their other awesome products. And to sweeten the deal — the winner also gets a new Fitbit Charge HR (you know how much I love mine). 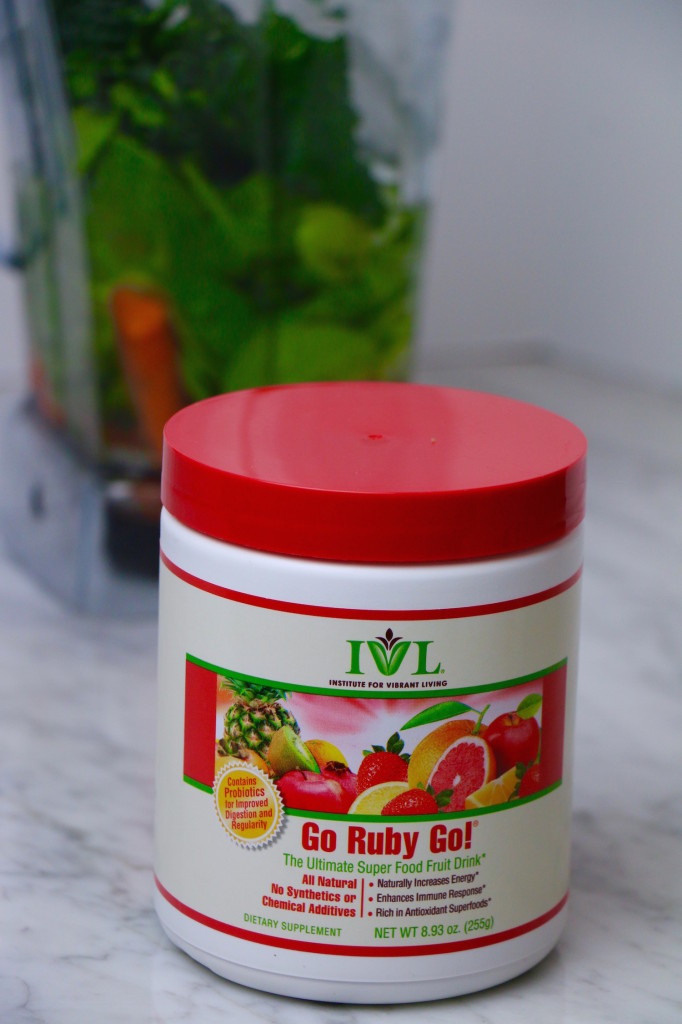 *This post is sponsored by IVL but all opinions and photographs are my own.