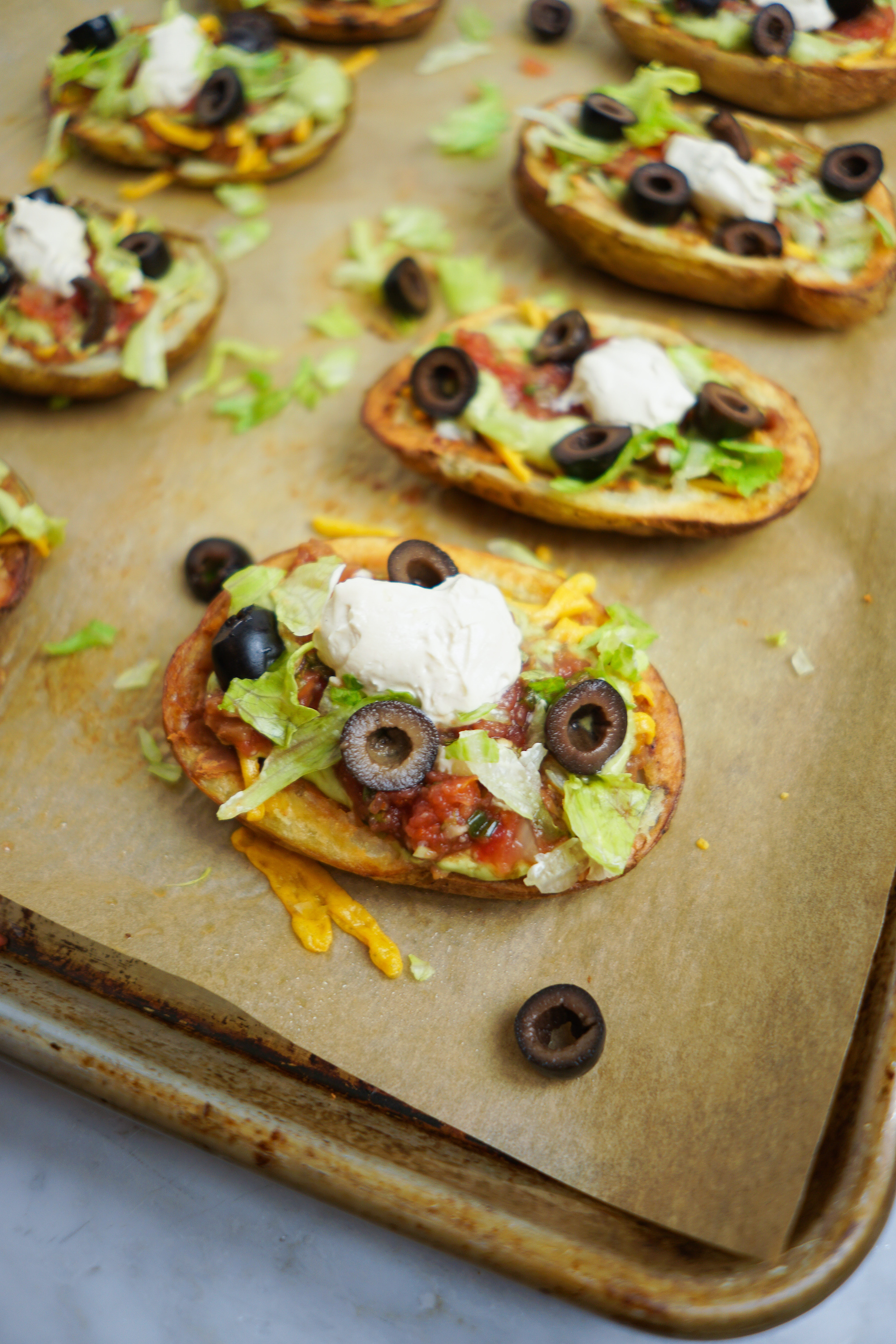 Afternoons spent sprawled on the couch with a beer in one hand and a potato chip in the other, watching dudes trample each other on live television.

I’ve said it before. I like playing sports, not watching other people play them.

One thing I do appreciate about this time-honored tradition though is its ability to bring people together. Though I may not enjoy viewing the game, I do enjoy an excuse to throw a little soirée with friends and the opportunity to try out healthy appetizers.

Every football season, I like to take a classic football snack and give it a healthy makeover. I’ve never made potato skins before but I’ve always been intrigued by them, so this year I decided to take on that challenge. 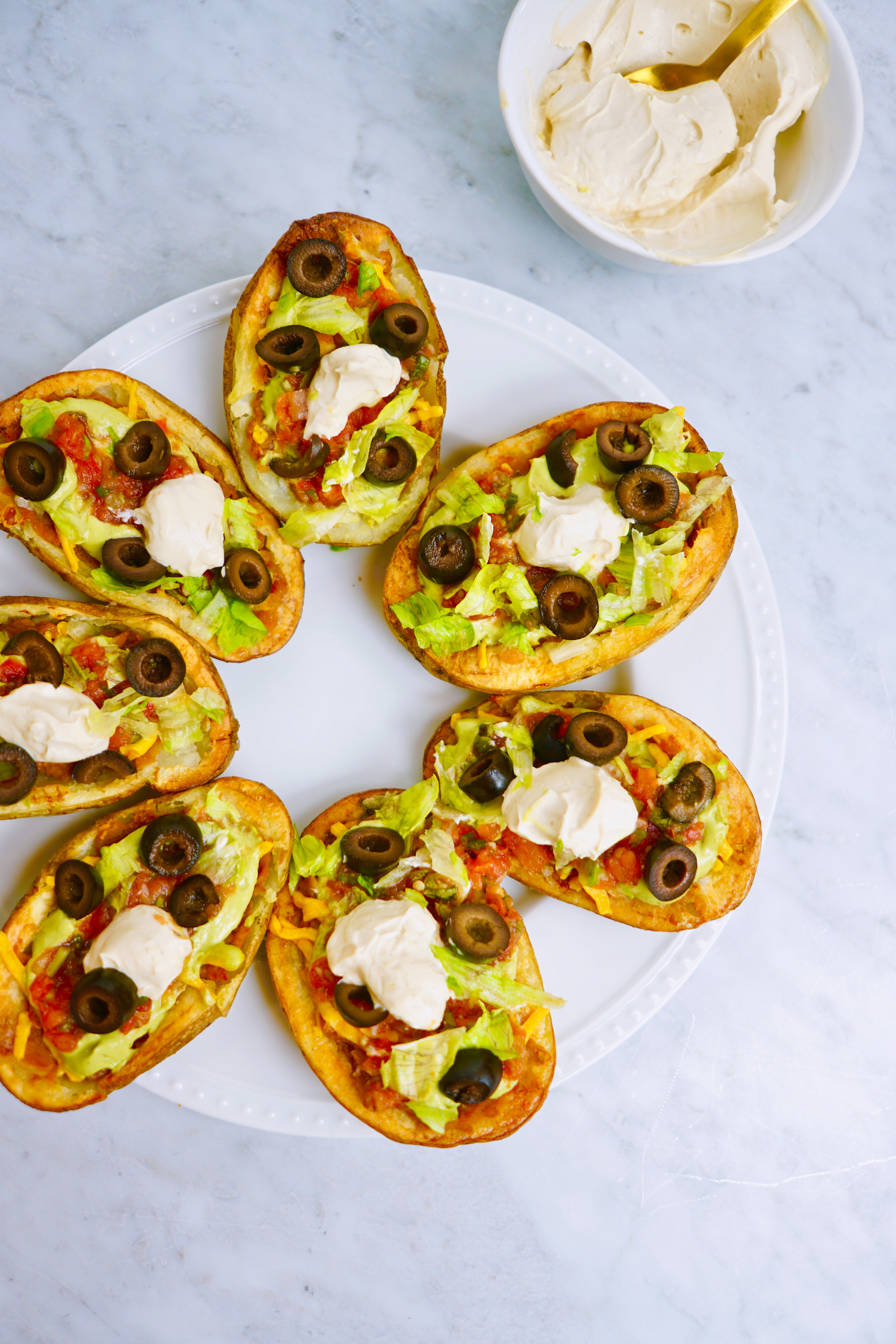 When deciding what to top them with, I had an epiphany. What if I took two of football’s favorite snacks and combined them for the most epic dish yet?

It was so crazy, it just might work…and it did. 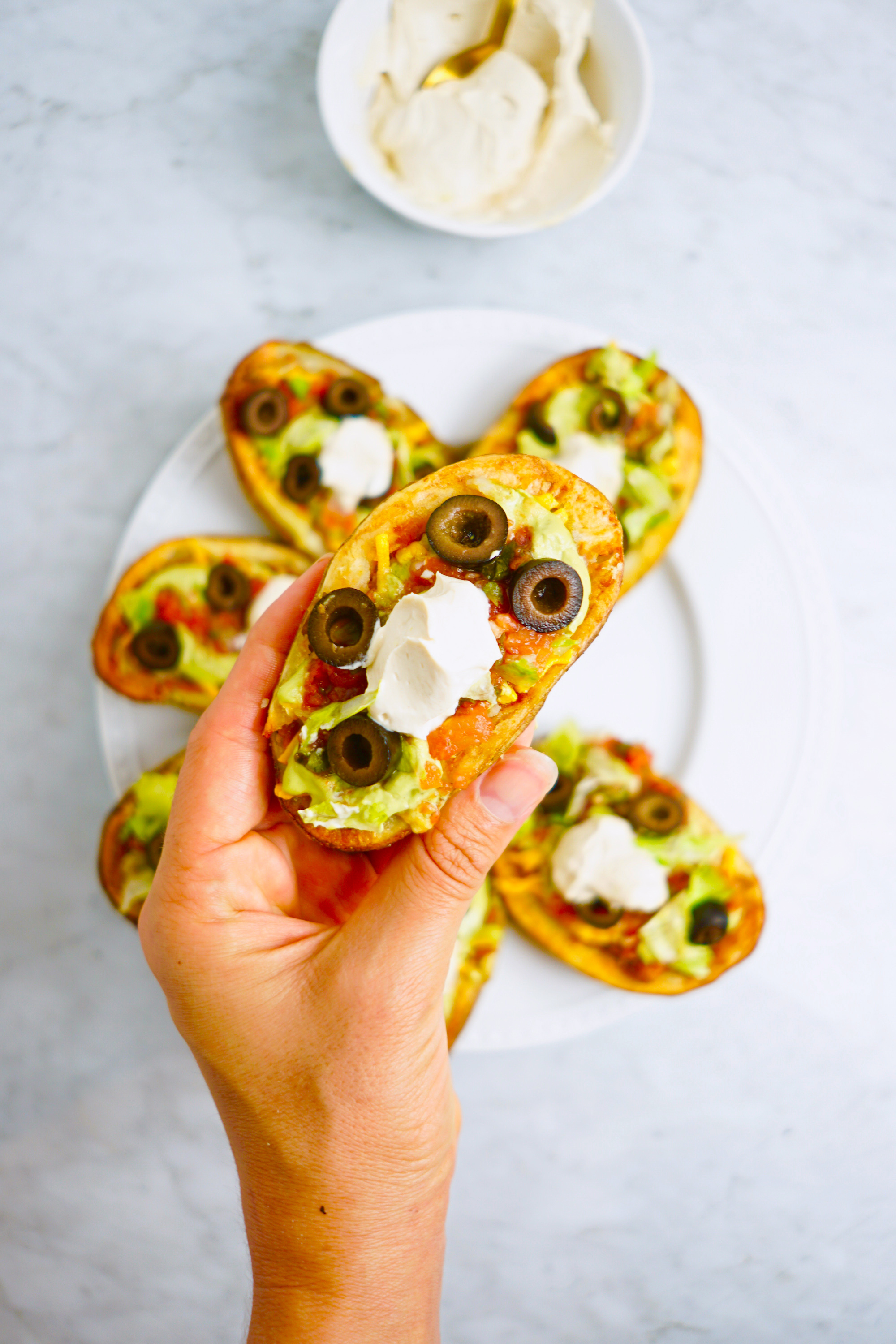 Friends, I present to you: 7-Layer Dip Potato Skins.

These are truly a party in your mouth.

They actually have nine different components so they could really be called 9-Layer Skins, but you get the picture.

They can be made vegan or vegetarian, they’re gluten-free, and they’re basically fool proof to make.

Layer one is the potato skin. 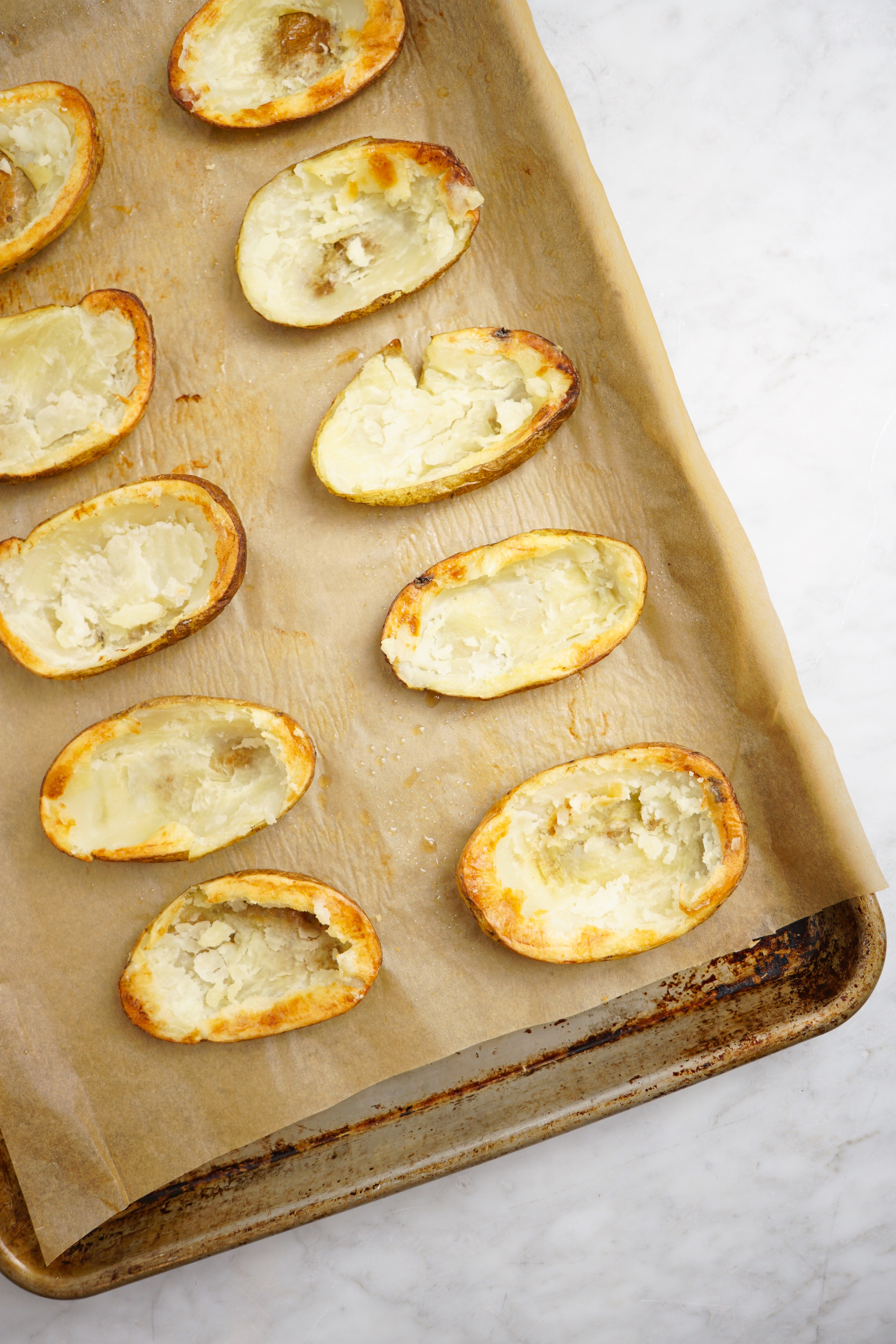 Layer three, cheese. You can use a dairy-free vegan cheese or the real thing. 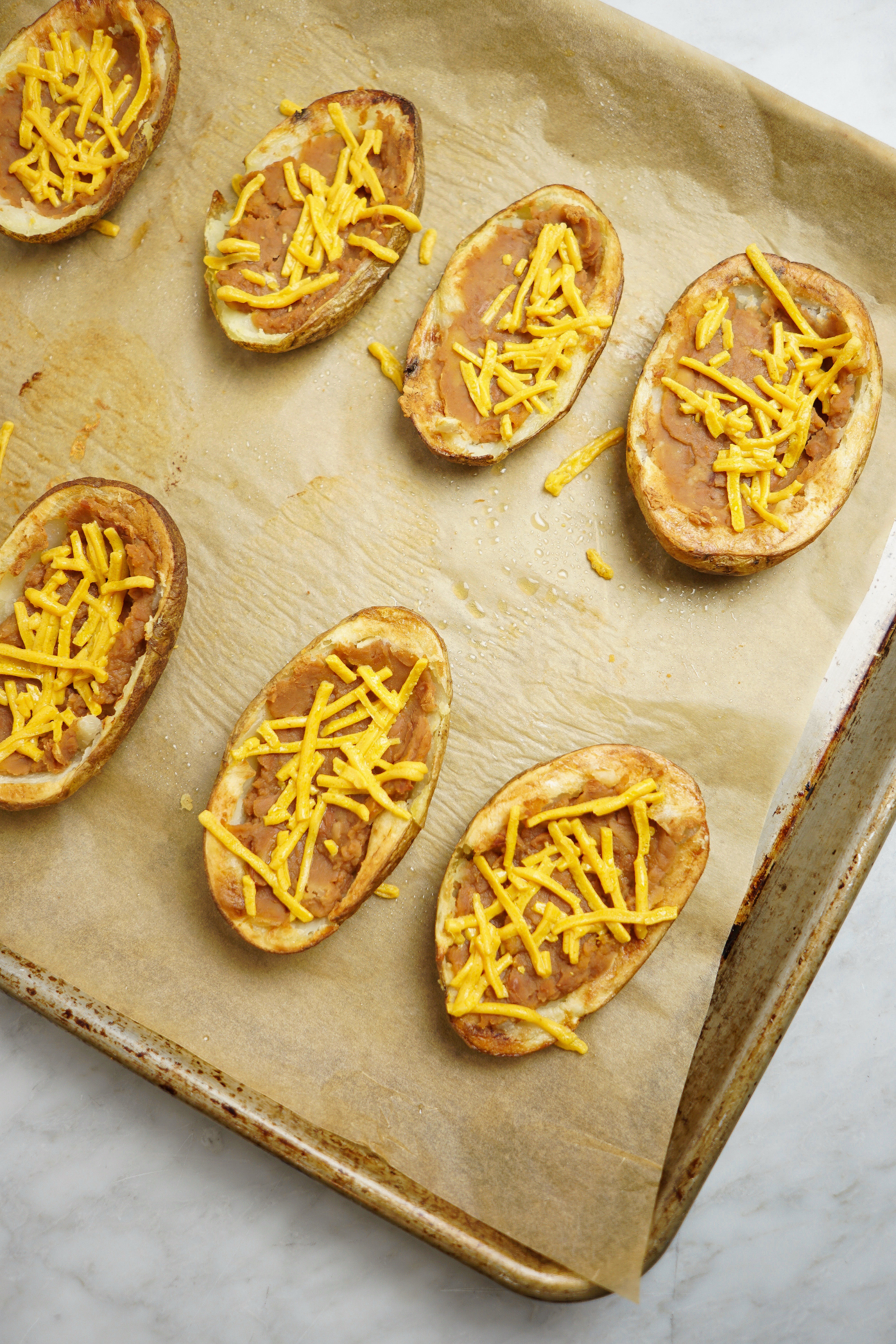 Layer four, guacamole. I make my own by combining one avocado with a squeeze of lemon, a dollop of salsa, and a sprinkle of garlic powder, salt, and pepper. So easy. 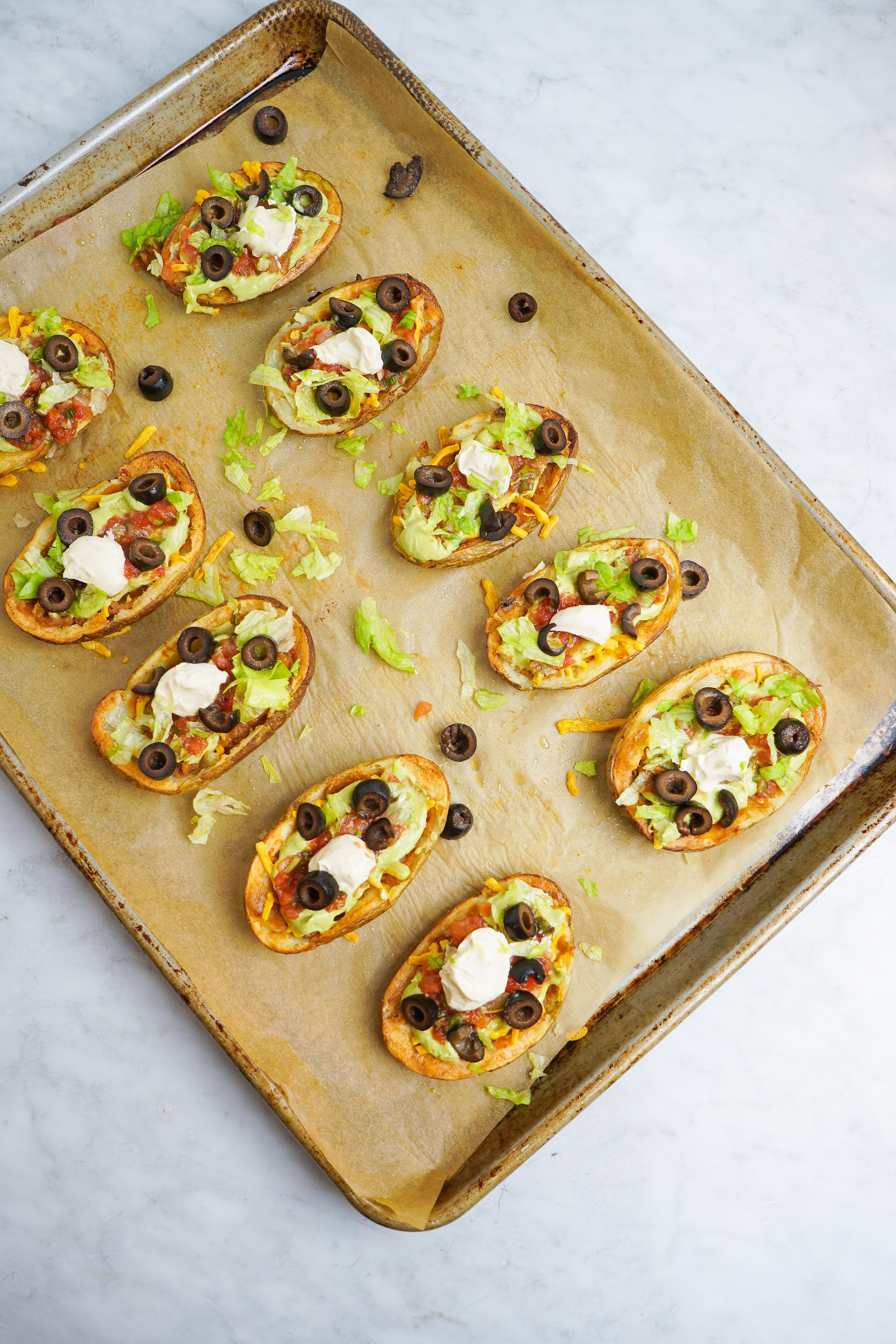 If you bake the taters ahead of time, the whole thing will only take you about 15 minutes to prepare before your game-day guests arrive.

I’ll take these skins over pigskins any day.

Weigh In: What are your favorite game day snacks?