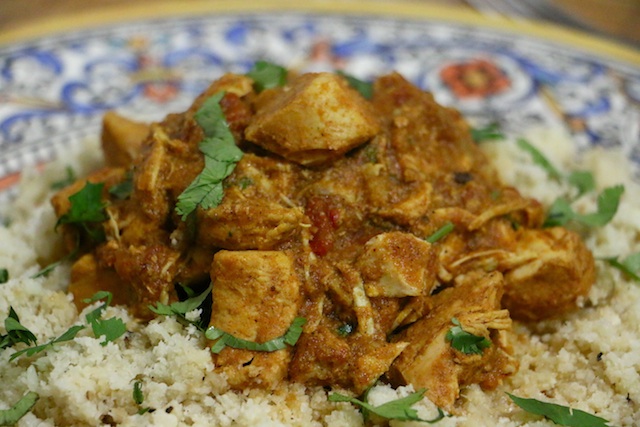 What, you think you fancy cuz you gots a bunch of upscale spices all in yo pantry?

Sorry, I reverted to my gangster voice for a moment. What I meant to say is: Isn’t it a pain when you want to make a tasty recipe but it calls for all kinds of obscure ingredients?

Like “Garam Masala,” for instance. It’s the main spice used in a lot of Indian dishes, primarily Chicken Tikka Masala. Who actually has that in their spice rack? And if you do go buy it, when are you going to use it again?

Yesterday, I was feeling less than stellar. I woke up with a sore throat and a runny nose, a mere 24 hours after making fun of my BF for his weak immune system, and declaring my superior Super Hero-like defenses.

In an effort to stave off the inevitable illness, I started slamming green tea lattes and googling cures for the common cold. 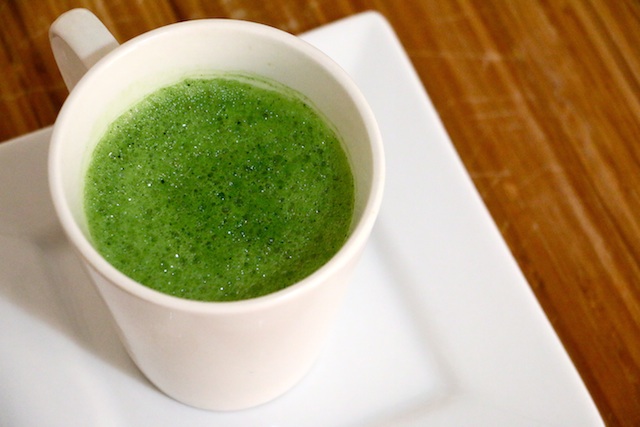 Did you know a bunch of spices in your kitchen can supposedly help you recover quicker? Garlic, ginger, and turmeric are all commonly used in home remedies to help boost immunity and ease cold symptoms. 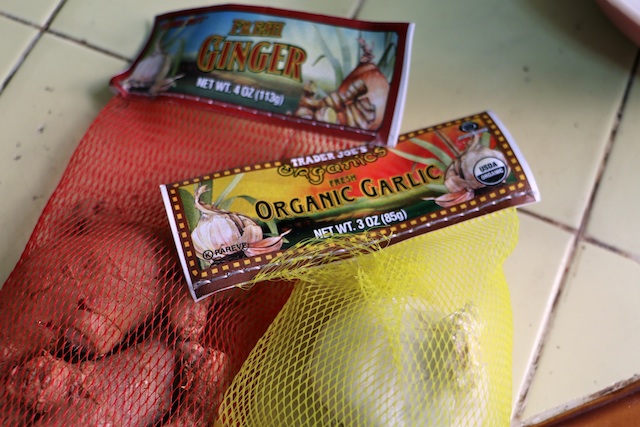 You know what else they’re used in? My absolute favorite Indian dish, Chicken Tikka Masala. I have fond memories of enjoying it while lounging on a pillow at Electric Karma with Jennifer Love Hewitt and some random dude making out at the table next to me, but I digress. 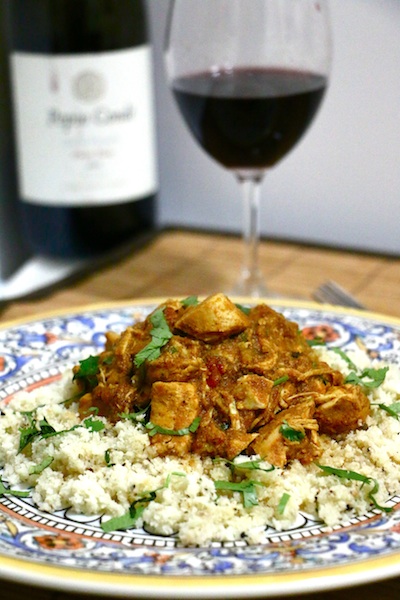 Unfortunately, Chicken Tikka Masala is also traditionally loaded with heavy cream. After scouring the web a little longer, I found a ton of healthy recipes where you replace the cream with yogurt and/or light milk. Hallelujah, problem solved. Until I saw the spices.

Aint no way my sniffly behind was crawling to Whole Foods to buy grams majababa. Aint nobody got time for that.

Anywho, I used a smorgasbord of different recipes, and with the assistance of Wikipedia, came up with my own recipe for Chicken Tikka Masala, no garam masala needed. I also seemed to have forgotten to restock my cardamom supply (can you believe it), so I subbed that for more more cinnamon and ginger.

Don’t be intimated by the long list of ingredients, it’s really just a compilation of spices you most likely have on hand. And if you don’t have one, google substitutions for it, they’re endless.

This is made in a slow-cooker, which — if you’re sick like me — leaves you plenty of time to lay on the couch watching House of Cards while your appliance does all the work. 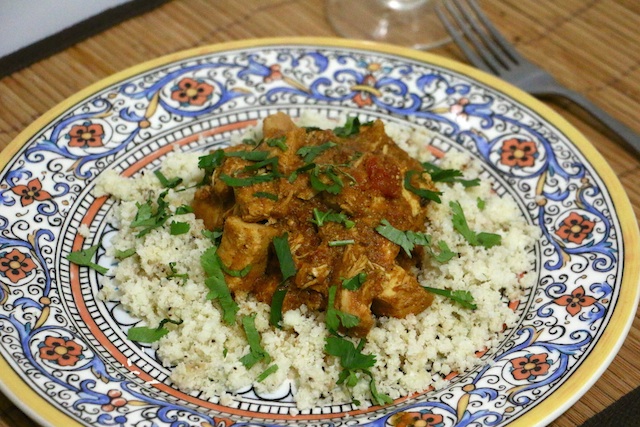 1. Dice your chicken into cubes. 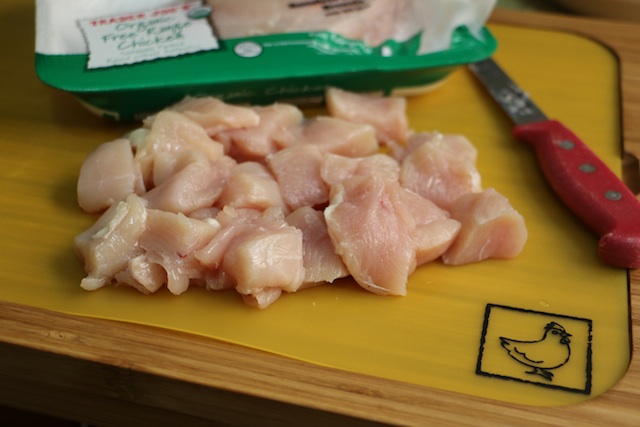 2. Mix everything except the flour and yogurt together, thoroughly. Place chicken in the slow-cooker and pour mixture over. 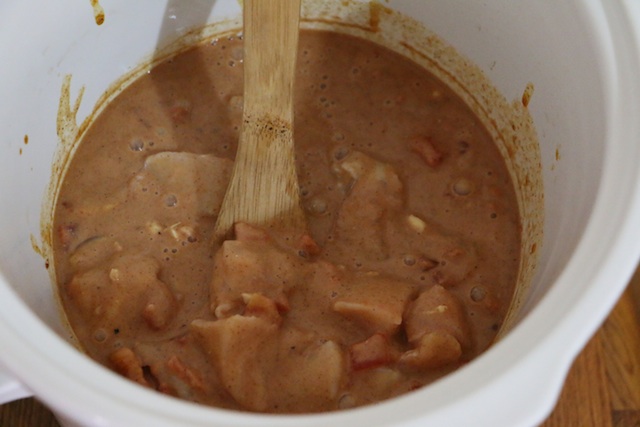 4. About 15-20 minutes before you’re ready to serve, add the yogurt and coconut flour. Stir and return cover. 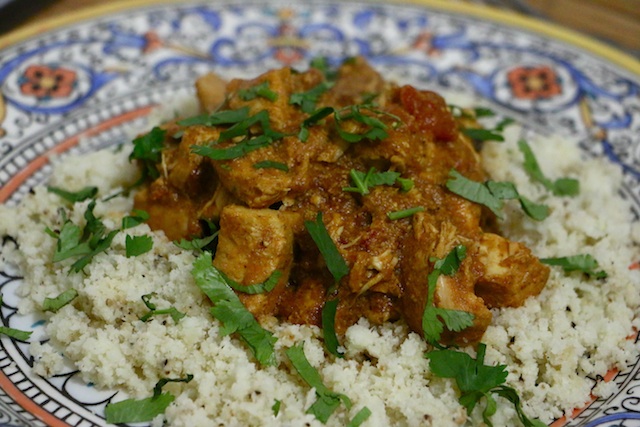 Sticking with the sorta-kinda, grain-free kick I’ve been on, I served it up on a beautiful bed of cauliflower rice. Don’t know how to make cauliflower rice, I’ve got a full tutorial coming up soon!

*Linking up with Jenn over at Peas & Crayons for What I Ate Wednesday, Kelly The Kitchen Kop for Real Food Wednesday, and Danielle of Poor & Gluten Free for Waste Not Want Not. Thanks ladies for the lovely link parties!

Weigh In: What do you eat when you’re sick? When a recipe calls for a bunch of stuff you don’t have, do you go buy it or improvise?