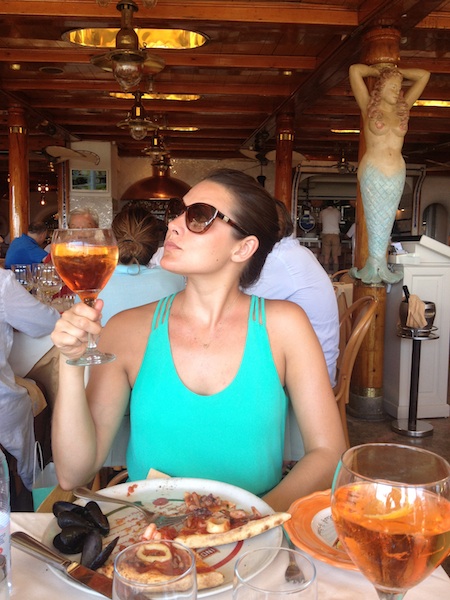 I’m sure some of you are thinking, “I don’t care what you ate on Wednesday, Whitney.”

But if you’re a weird, food pervert like myself and you get your kicks off culinary voyeurism, then you’ve probably been devastated by the lack of WIAW posts!

I apologize. Part of the slacking on regular programming comes from the lack of time I had trying to traverse six cities in fourteen days. The other part comes from a cowardice to admit what I had been shoving down my thoat.

I spent most of my vacation subsisting off of croissants, full-fat cappuccinos, gelato, giant bowls of pasta, and of course, and un-godly amount of pizza. No, not whole-wheat and almond cheese pizza, greasy gooey Napolitano style pizza.

Here’s a quick look at the highlights: 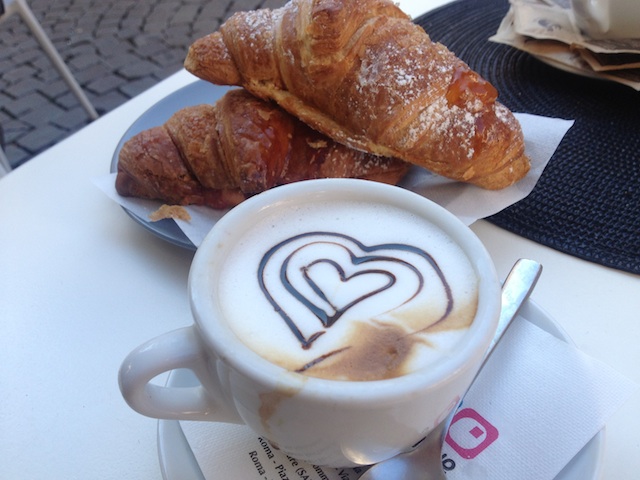 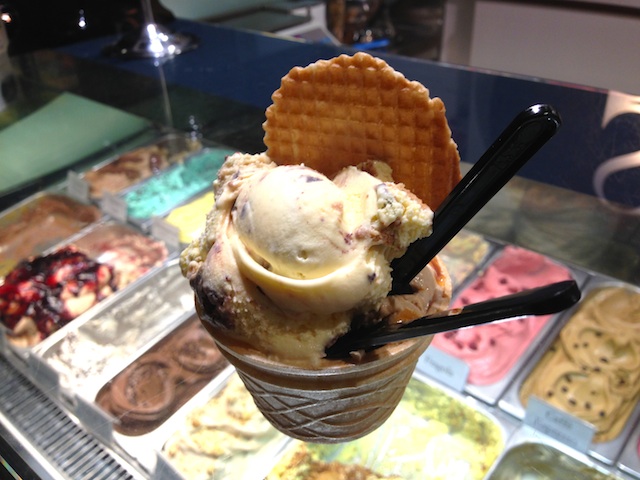 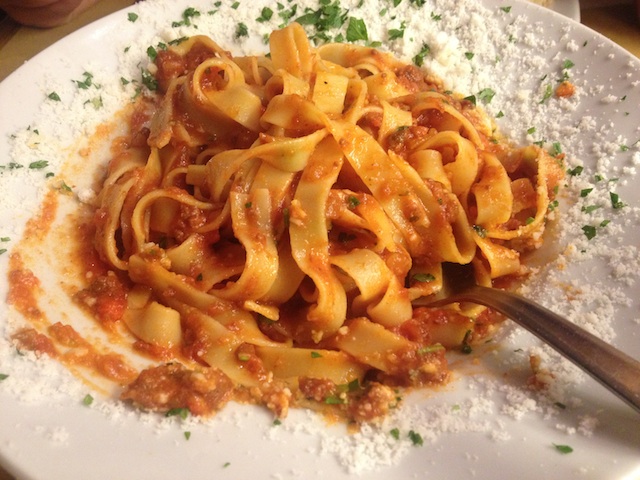 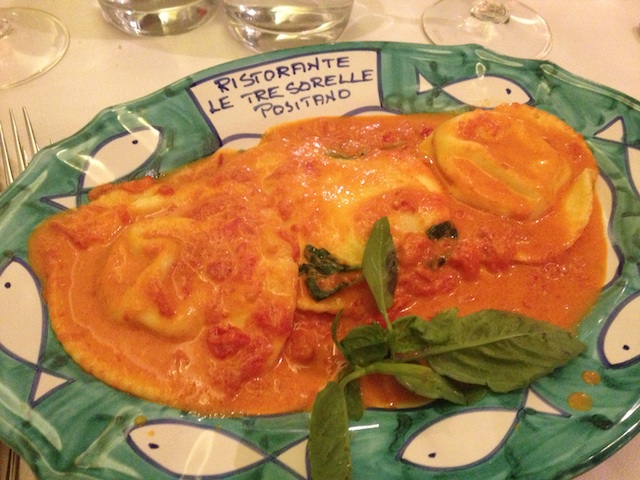 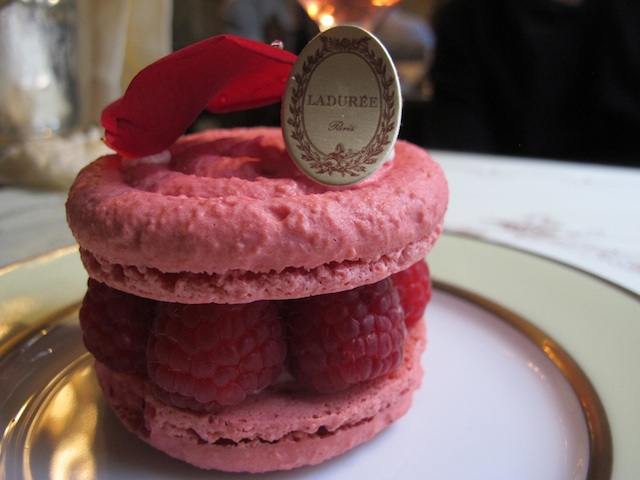 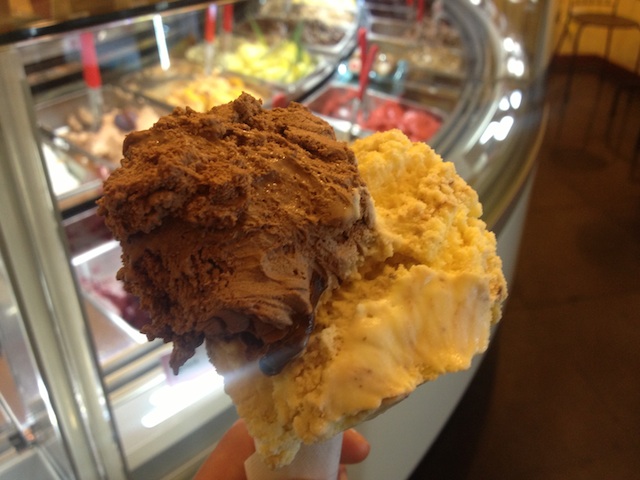 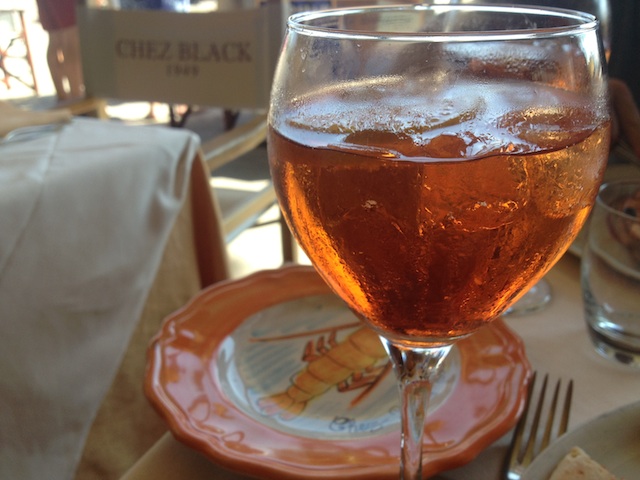 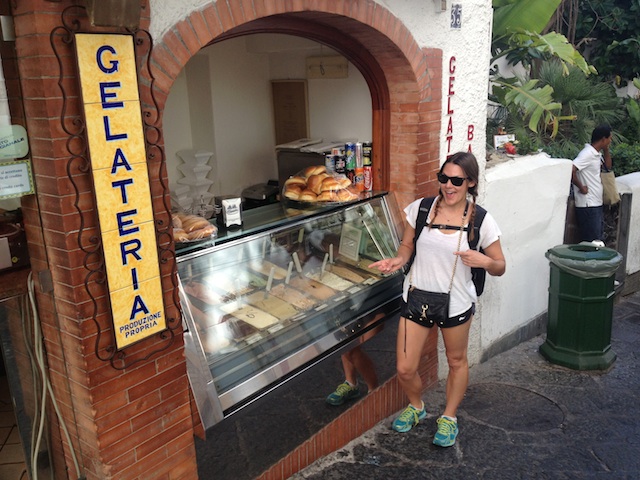 And more gelato. Are you noticing a trend?

OK, so obviously you’re supposed to enjoy yourself on vacation and I shouldn’t be that hard on myself. But half-way through the trip, I started feeling like crap.

You can’t possibly expect to live off refined flour, sugar, and copious amounts of wine for a week when your body is used to being fueled by healthy food.

So starting the second week, I made a slight effort to improve what I was putting in my body. This may seem impossible in Italy, but I actually found some surprisingly diet-friendly options.

First off, did you know there is such a thing as whole-wheat croissants?!

My mind was blown. 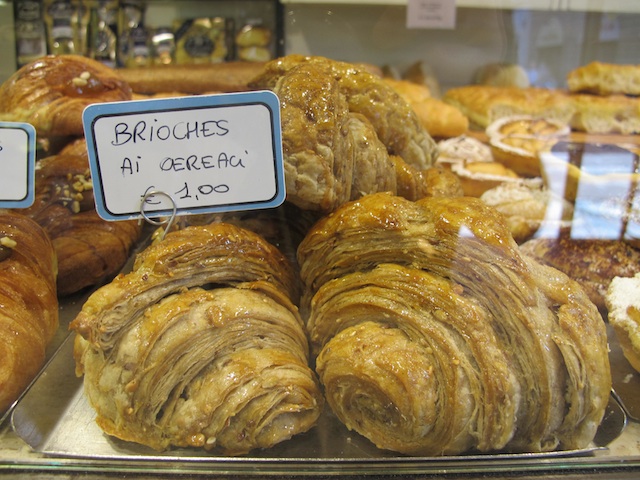 I have been obsessed with croissants since I was little and have basically sworn them off in recent years since I know they’re only a glamourous version of donuts.

However, I found that several of the cafes we frequented carried “integral croissants,” aka whole-grain. I was so excited that I went back to one spot three times in a row in a half hour period to stock up on their delicious whole-wheat goodies.

The BF was not too happy as I kept changing my mind each time we left, and were already two blocks away, saying, “Well, maybe we should go back just one more time to get the whole-wheat eggplant panini.”

Another saving grace on the trip: seafood. 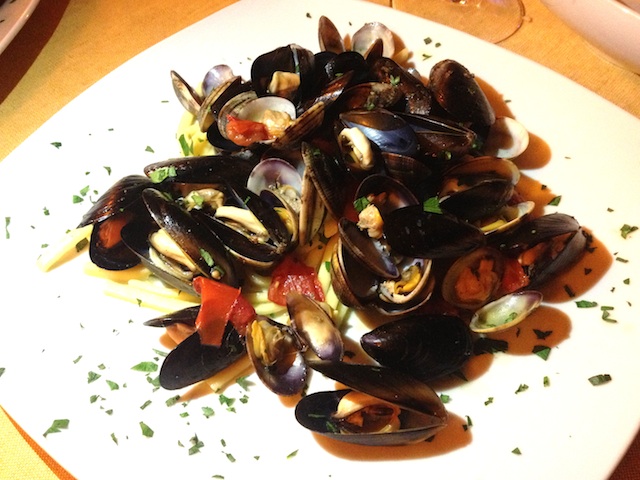 But, as I discussed in my Sneaky Ways Restaurants Fatten You Up series, seafood isn’t always healthy. I ate plenty of fishy dishes there that were doused in butter and cream sauce to know that. 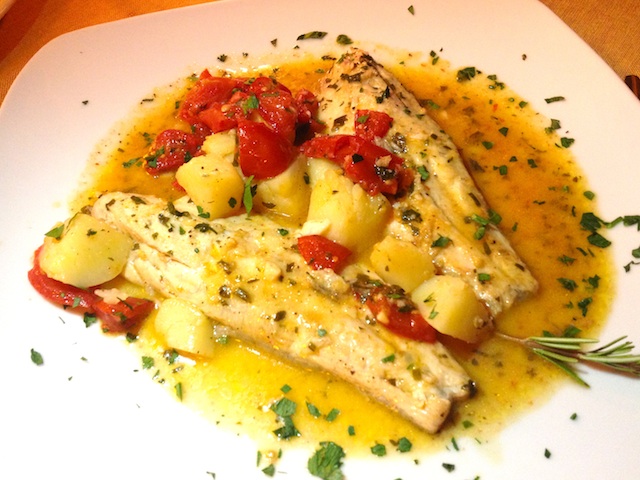 However, when you replace a layer of cheese and sausage on your pizza with a layer of fresh, grilled seafood, you’re saving your body a boatload of calories and fat. 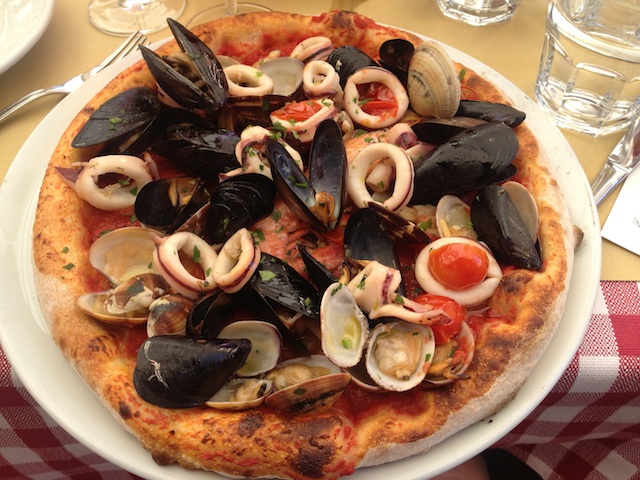 Pizza ai frutti di mare quickly became my favorite dish. I plan to make it with a whole-wheat crust soon, so keep an eye out.

Another trick I learned is instead of ordering a cappuccino like a tourist, order your coffee Italian style and get a macchiato. 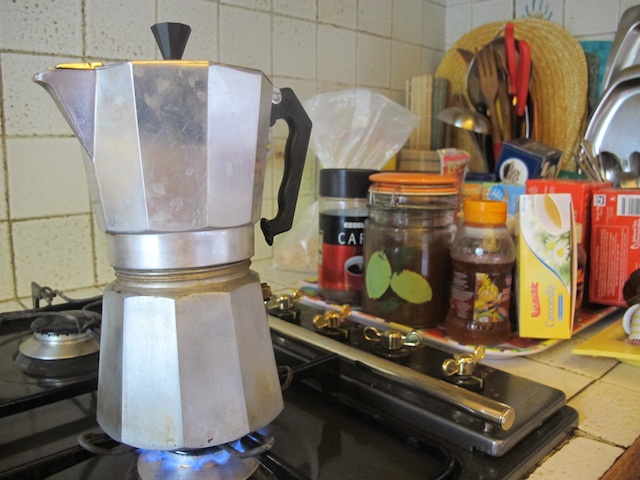 It’s just a shot of espresso with a tiny bit of milk. That way you save about a half a cup of full-fat milk. 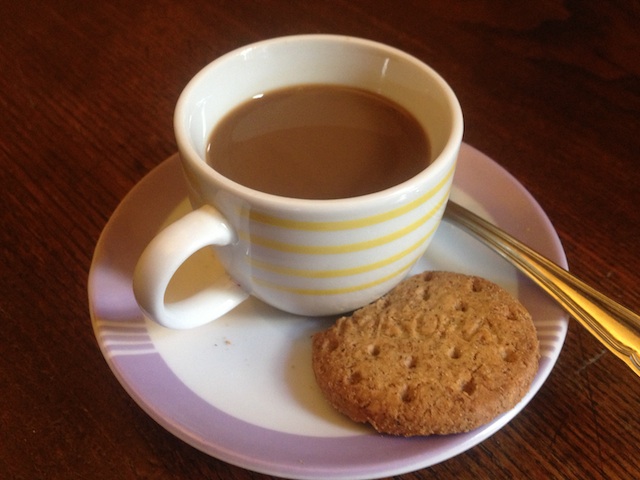 It’s what all the cool, young locals were drinking :)

At the end of our trip we landed in Paris, where we encountered similar dietary difficulties. The only difference: gelato was replaced with macaroons. 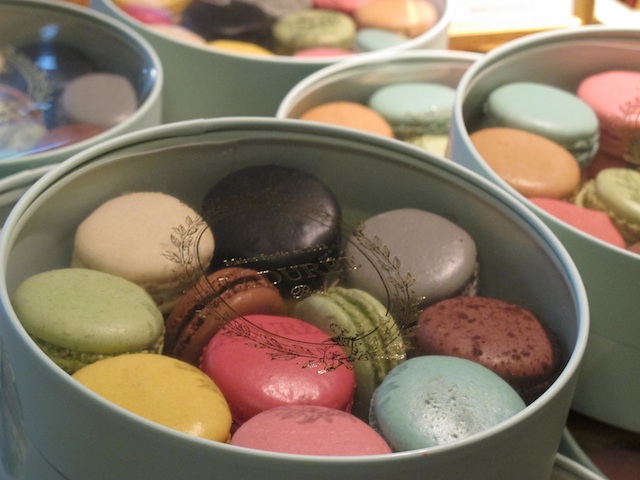 While there was plenty of fatty escargot and foie gras to consume there, one light and delicious dish I discovered was the crepe. 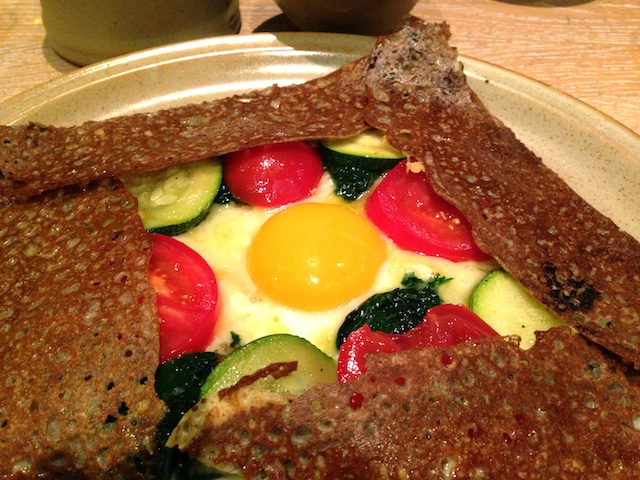 I’d had them for dessert before (drenched in powdered sugar and chocolate) but never as a main dish. It turns out they use buckwheat (score) and they can be filled with healthy ingredients like eggs and veggies.

Despite the ups and downs of the diet, we found some amazing restaurants along the way that catered to our picky eating habits, and I’d love to give them a shout-out here. If you’re ever headed this way, don’t miss these spots! 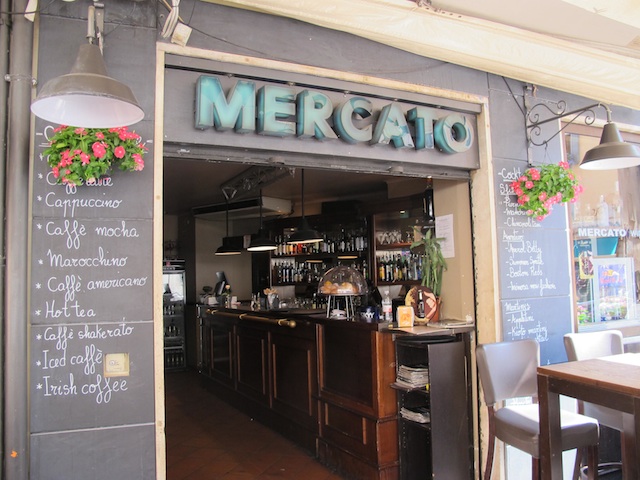 Located in the adorable Piazza Campo de Fiori, this is an excellent spot for aperitifs, people watching, and seafood pizza.

They also have a great little farmer’s market in the piazza every morning where you can buy fresh fruit. 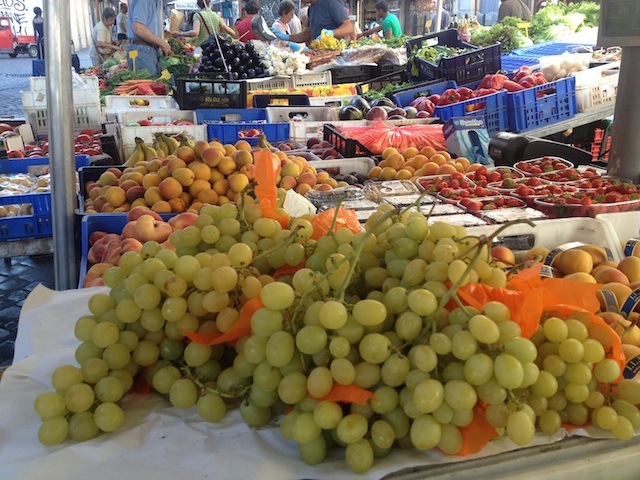 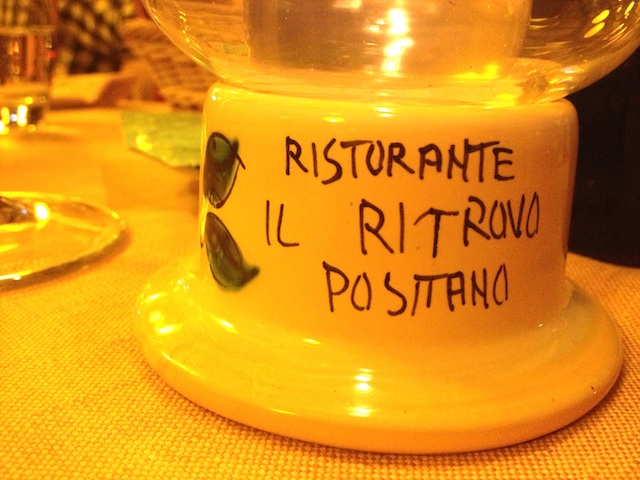 A romantic, authentic Italian restaurant, perched over the gorgeous Amalfi Coast. Get their tasting menu (but share it, it’s big). You won’t be disappointed. 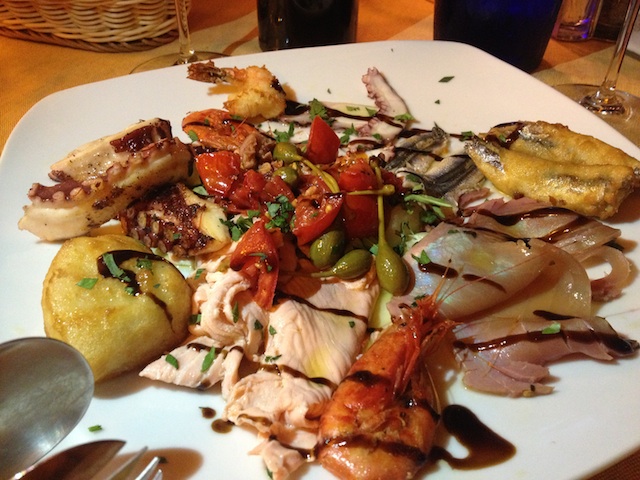 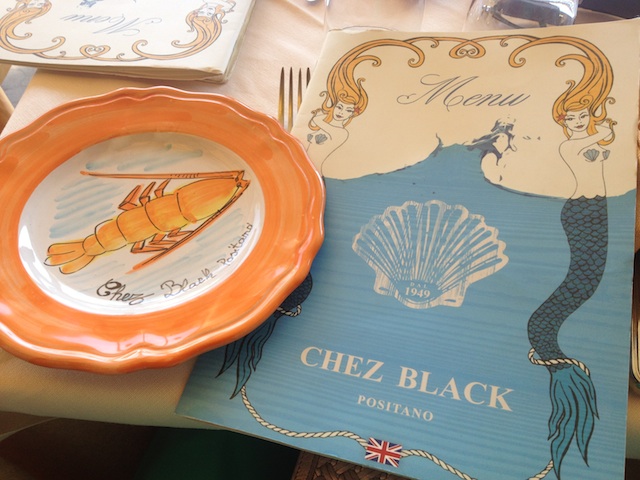 A lively, beachside restaurant, perfect for a pre-dinner apertivi. The owner also owns the popular nightlife spot, Music on the Rocks, if you’re looking for late-night action. His son GianFranco, who was super friendly and accommodating to us, is an actor here in L.A. Small world. 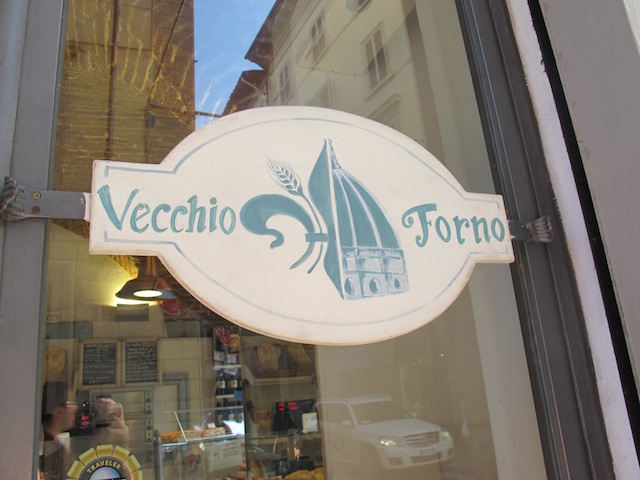 The insanely, amazing bakery with the whole-wheat croissants.

I want to live in there. 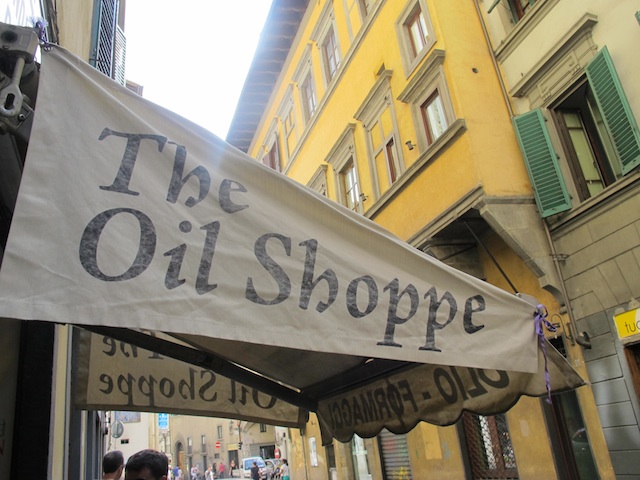 A bustling sandwich shop frequented by all the college students studying abroad. 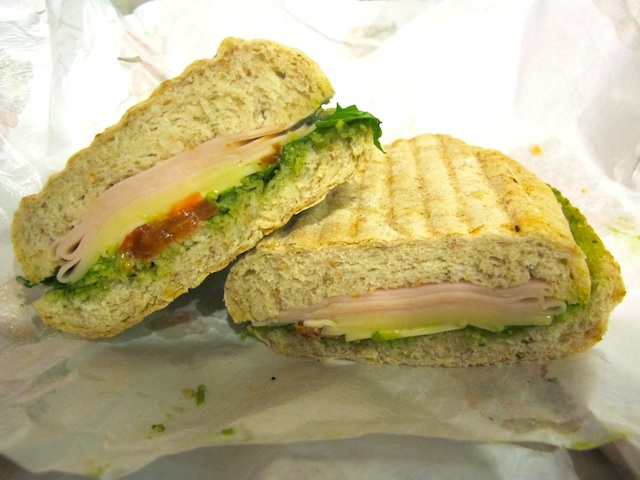 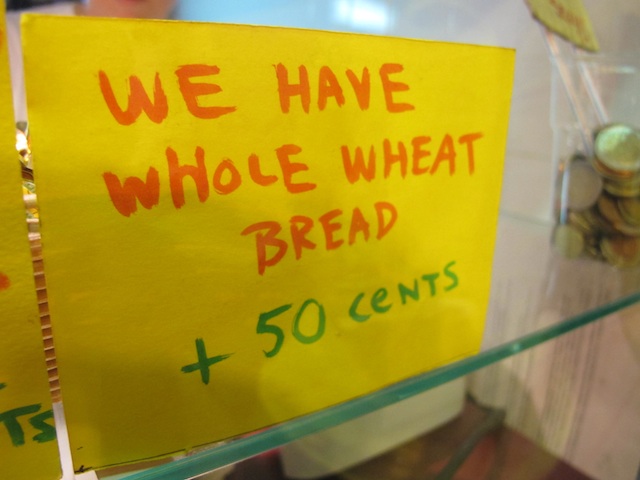 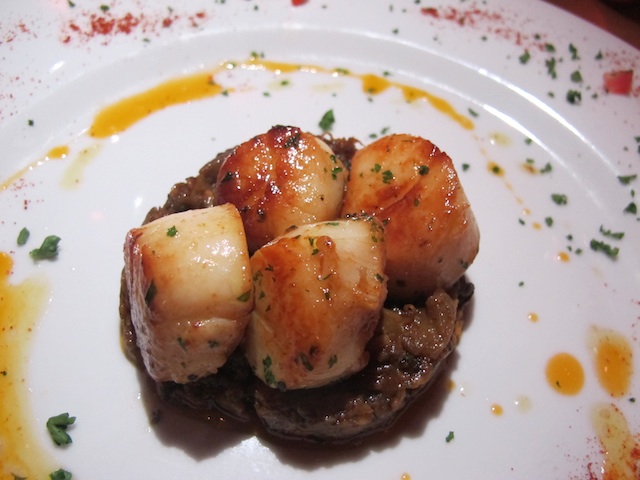 Ranked 26 out of over 10,000 reviews on TripAdvisor this intimate eatery was a delight for a non-speaking tourist. Not only was the food fantastic but the service was impeccable (something not so common on our visit to Paris).

Try the duck and scallops. Not that healthy, but worth every bite. 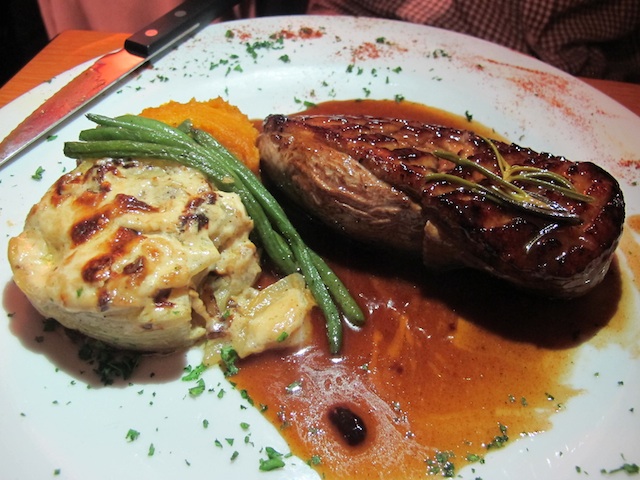 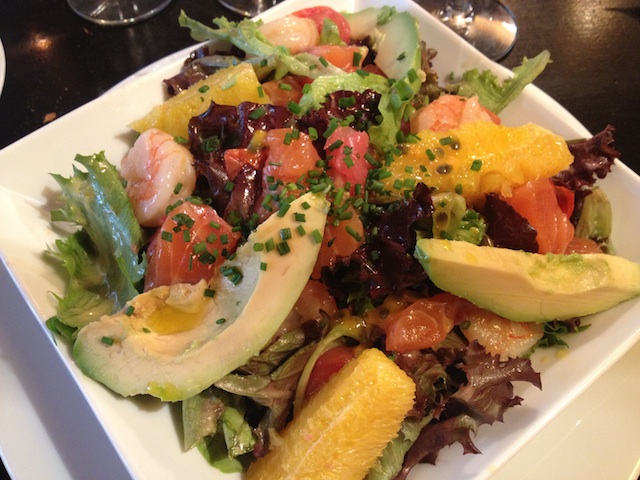 Hip little lunch spot designed like a library with fantastic salads. Service here was spot-on too.

For more WIAW posts from other fabulous food bloggers, head over to Peas and Crayons >>

Weigh In: Have you been to Italy or France? What was your vice: croissants, gelato, pizza, etc? Any healthy recipe swaps to share?