A Plant-Based Ketogenic Diet:
What, Why + How to Do It!

Registered dietitian nutritionist Amylee Amos discusses why and how to implement a plant-based ketogenic diet for the treatment of cognitive diseases and the prevention of cognitive decline. Plus, a sample vegan keto diet meal plan! 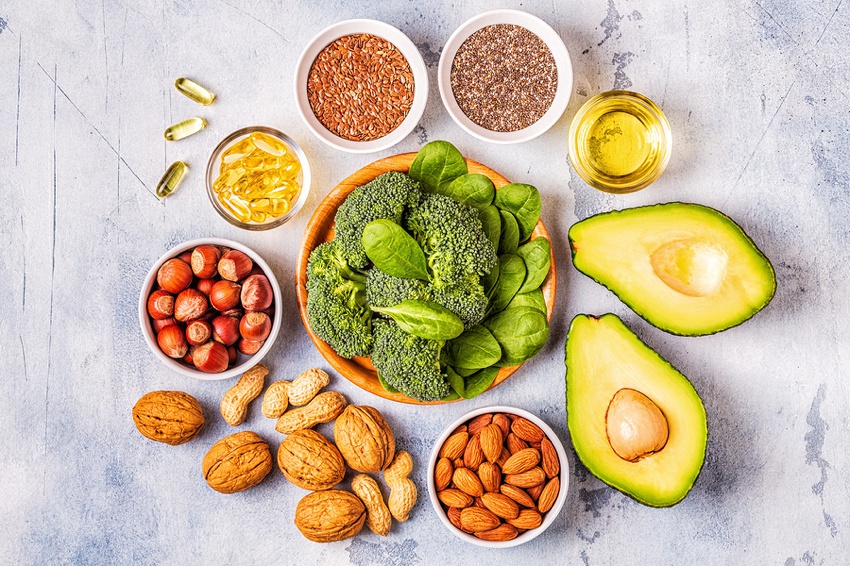 As a predominantly plant-based dietitian, my first reaction when asked about the ketogenic diet is usually an eye-roll. Most people following keto diets are doing so for weight loss and I’m not a proponent of quick fixes when it comes to weight management. Secondly, most keto diets are nutritionally deplorable – loaded with animal protein, saturated fat, and carcinogenic foods like bacon. So, for the most part, I’m not a fan.

BUT – and this is a big but – there are instances where I (and research) support a ketogenic diet. One is for the treatment and prevention of cognitive diseases. So today, I’ve recruited my friend and colleague, registered dietitian nutritionist and cognitive health expert Amylee Amos of The Amos Institute, to share with you the what, why, and how of a plant-based ketogenic diet. In this guest post, Amylee explains why ketosis may be beneficial for cognitive decline and Alzheimer’s disease and for those with a genetic predisposition to disease (APOE4 carriers), how to achieve ketosis eating just plants, and a sample vegan keto diet meal plan.

A Plant-Based Ketogenic Diet: What, Why + How to Do It!

Navigating nutrition fads can seem like never-ending confusion and contradictory theories. Over the last several years, the ketogenic diet has been a big trend on the nutrition scene, encouraging individuals to add butter to coffee, bacon to burgers, and in general, add a source of fat to a meal already dominated by fat. Of course, just because a diet becomes trendy doesn’t mean it will promote good health. So is there anything to this keto diet fad? Let’s see what the science says.

The goal of the ketogenic diet is to achieve a state of ketosis. Ketosis is a metabolic state of creating ketone bodies, which can be utilized by cells as fuel. Ketone bodies are produced when the body does not have adequate carbohydrates or proteins to create energy for the body from glucose. There is a wide range of ketosis states. Levels can be measured through blood, urine, and breath. Utilizing ketones as a fuel source may be favorable under various metabolic conditions and disease states. 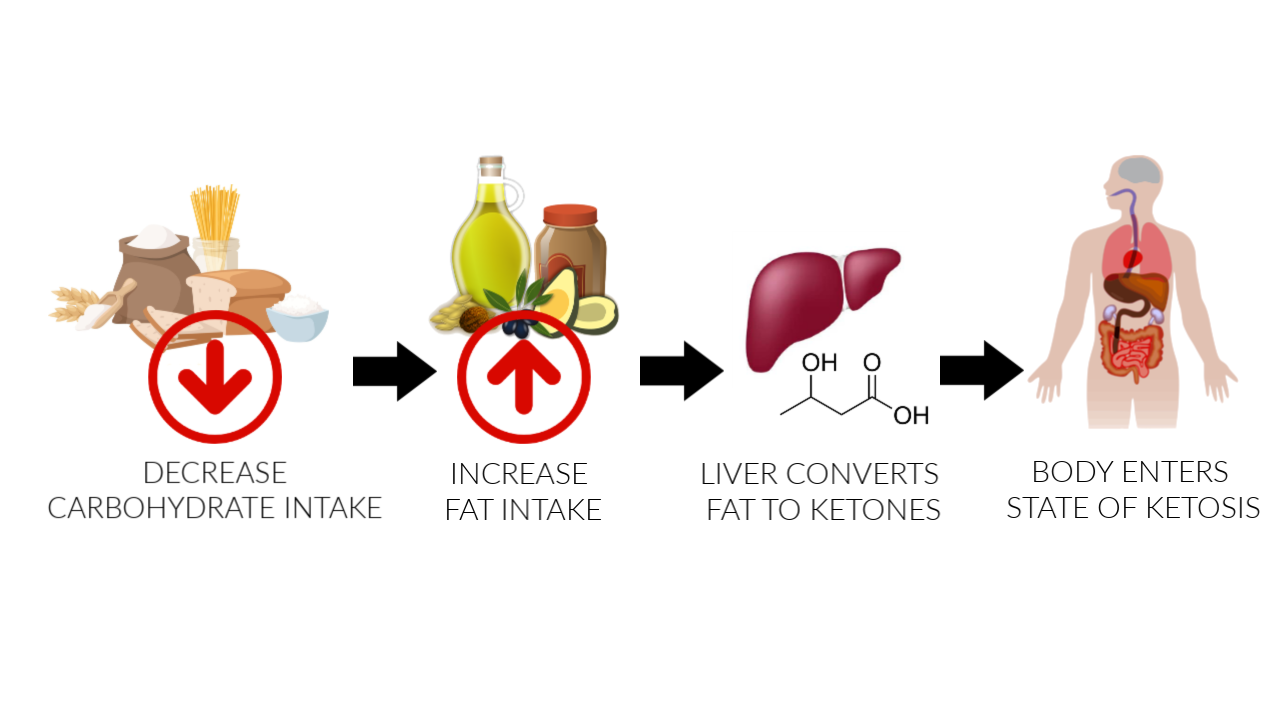 How to Achieve Ketosis

Like many diets, the keto diet seeks to modulate the ratio of macronutrients in the diet. Macronutrients are the carbohydrates, proteins, and fats that comprise all foods. The keto diet, which is high in fat and low in carbohydrates is not the first diet designed to tweak the ratios of these macronutrients. Think back to the Atkins diet which increased the protein in the diet, or the low-fat diet which (obviously) sought to decrease fat in the diet by increasing carbohydrates. But ultimately, what influences our health is the food source of the macronutrients, not the ratios themselves, and adhering to a certain ratio of macronutrients does not dictate the source. This explains how a diet, such as the ketogenic diet, can either promote health or accelerate disease processes based on how it is implemented. This is where utilizing a predominantly plant-based diet with macronutrient ranges that promote ketosis can be the best choice if you have a condition that warrants its use. 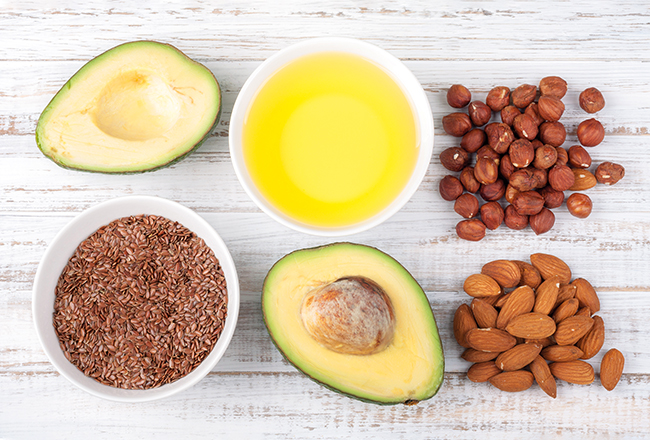 You might wonder why people choose to initiate a ketogenic diet. While many people look to the keto diet (like virtually all other diets) for weight loss, there are many other validated reasons for utilizing a ketogenic diet, and most of them are related to brain and cognitive health. For example, it is well established that a strict ketogenic diet is an effective treatment for seizures in cases of pediatric epilepsy that do not respond to gold-standard medications. This type of strict ketogenic diet is often calculated by using a ratio of the weight of fat in the diet to the sum of the weight of protein and carbohydrate combined. For example, a 4:1 ratio indicates that for every 4g of fat consumed, 1g of protein and carbohydrate combined are consumed. Adherence to this type of ketogenic diet is challenging and should not be implemented unless under the supervision of a dietitian and physician.

The Ketogenic Diet and Cancer

A ketogenic diet has also been studied as a potential treatment for various types of malignant brain cancers. Unlike the brain’s healthy cells, the cancer cells are thought to be metabolically inflexible, and cannot adapt to utilize ketones when glucose is restricted. Thus, when a ketogenic diet is initiated and the tumor cells are not given glucose as a fuel source, the cancer cells starve, in some cases resulting in shrinkage of tumor size. Much of the promising research involving ketogenic diets as a therapeutic intervention for cancer has been done in mice; however, studies in humans are ongoing for brain and other types of cancers. Utilizing a ketogenic diet in conjunction with gold standard treatments for cancer should only be implemented under the close supervision of an oncologist and dietitian.

The Ketogenic Diet and Cognitive Health

Also well established in the scientific literature is the benefit of a more mild ketosis for individuals with Alzheimer’s disease or those who carry the genetic variant ApoE4. ApoE4 is the strongest genetic risk factor for developing Alzheimer’s disease. Research shows that carriers of this genetic variant have impaired cerebral glucose utilization, meaning that their brains do not utilize glucose as a fuel source effectively. As a result, their brains do not get the energy that they need to function optimally on a day to day basis. This reduction in glucose metabolism is seen as young as age 30 in cognitively healthy ApoE4 carriers, and may well be a driving contributor of Alzheimer’s pathology. By utilizing a form of a ketogenic diet to achieve mild levels of ketosis, ApoE4 carriers are able to bypass the impaired glucose pathways and supply their brain with ketones- an alternative fuel source. The level of ketones needed to effectively overcome the deficit in young ApoE4 carriers is as low as 0.3-0.5 mmol/L beta-hydroxybutyrate (BHB). This, and even higher levels of ketosis, can often be achieved with the following macronutrient percentages: 65% fat, 20% carbohydrate, and 15% protein. This distribution allows for far more flexibility than the stricter ketogenic diet for treating epilepsy. 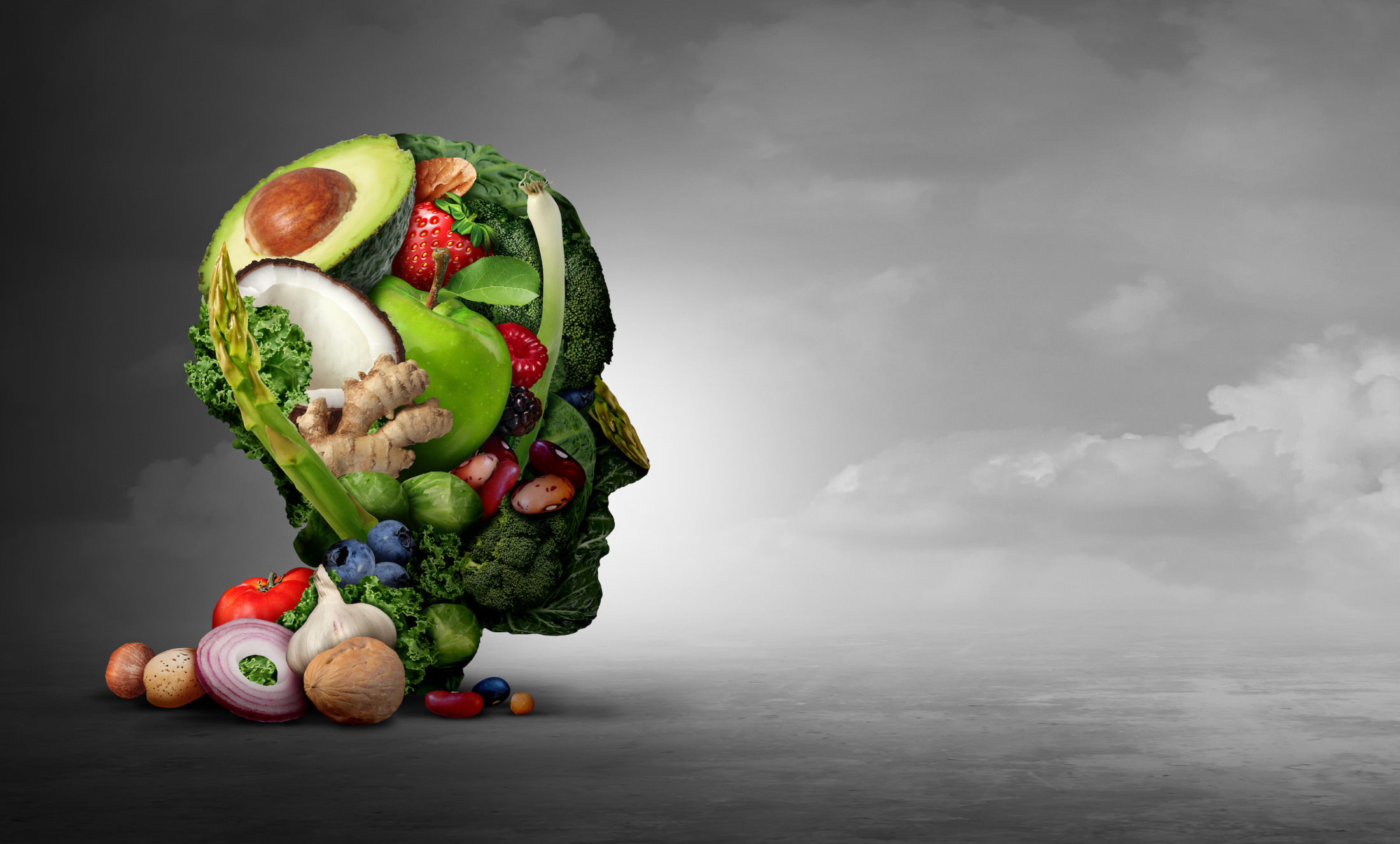 The Bredesen Protocol, a novel therapeutic approach to treat cognitive decline from Alzheimer’s disease, often utilizes this form of a mild ketogenic diet. Preliminary results of individuals suffering from mild cognitive impairment and Alzheimer’s disease who follow the Bredesen Protocol have been promising. Anecdotal research published in 2018 demonstrated the reversal of cognitive decline in 100 patients following the protocol, which often included a diet to promote mild ketosis. Future larger clinical studies will be exceptionally helpful in delineating the relationship between this type of diet modification and improvements in cognitive symptoms.

There are many reasons steeped in the scientific literature that support why someone may want or need to achieve a state of ketosis. However, as with most diets, the ketogenic diet can be pursued in a health-promoting or a disease-promoting manner. Modifying macronutrient ratios or percentages can be done with foods that do or do not protect the body.

We know that a predominantly plant-based diet supports healthspan and longevity, and undoubtedly, the ketogenic diet is largely associated with animal-based foods. Most ketogenic websites and cookbooks feature photos of fatty meats, butter, and cream. But if you need to implement a ketogenic diet because of your genetics or current health condition and you want to support overall health, it is ideal to do so using plant-based sources of fat. 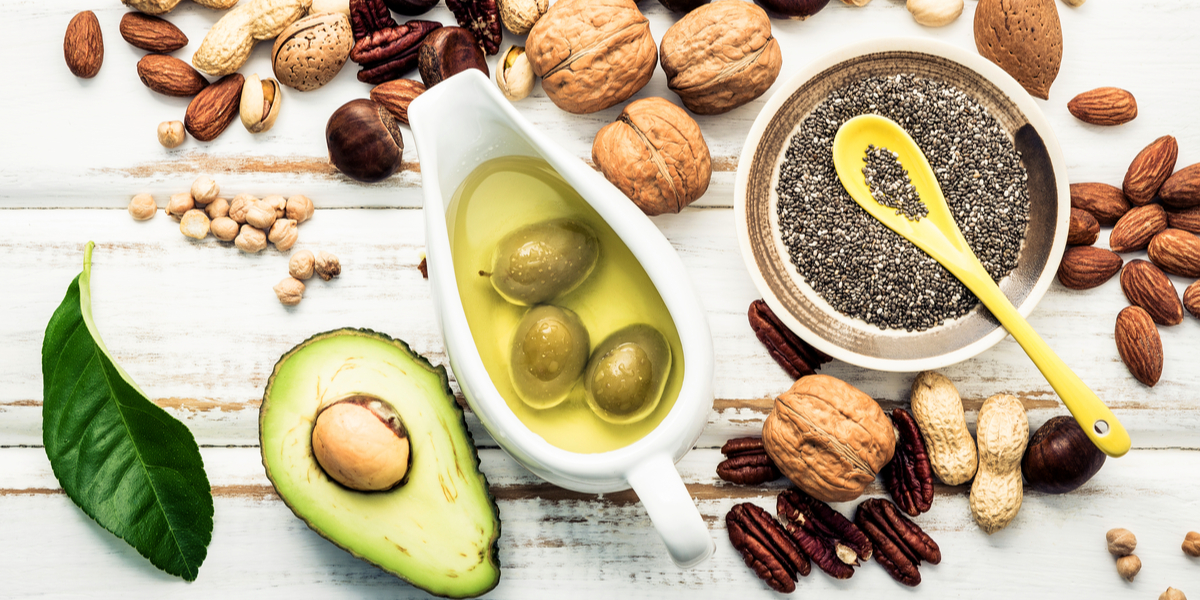 Good plant-based sources of fats that promote ketosis include olives and olive oil, avocados, nuts, seeds, nut and seed butters, and full-fat coconut products. If you plan on implementing a plant-based ketogenic diet, increasing these high-fat plant foods can supply the body with the fats it needs to sustain ketosis. Additionally, a diet rich in non-starchy vegetables will allow you to consume adequate amounts of vegetables, without dramatically increasing your intake of carbohydrates.

The macronutrient ratios needed to achieve ketosis depend largely on the degree of ketosis you aim to achieve as well as your current metabolic flexibility. Many people are able to achieve mild levels of ketosis (between 0.5-1.5 mmol/L BHB) by eating 100g of carbohydrates when those carbohydrates come from non-starchy vegetables including leafy greens, cruciferous veggies, etc., low glycemic fruits, such as berries, and legumes including soybeans. The one-day meal plan below is an example of a plant-based ketogenic diet that provides 63% fat, 13% protein, and 24% carbohydrate.

Here’s an example of a 1-day ketogenic diet featuring all vegan foods: 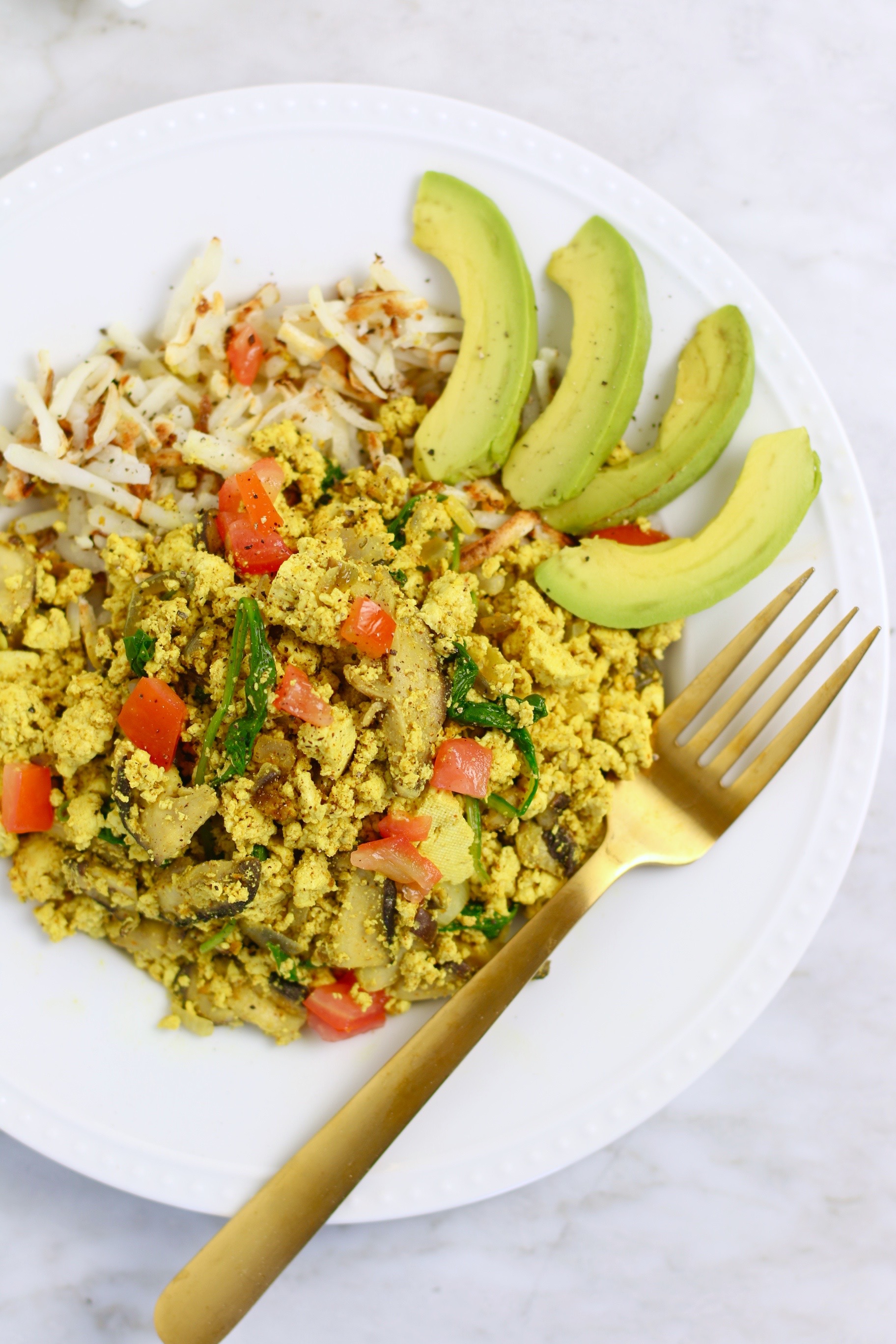 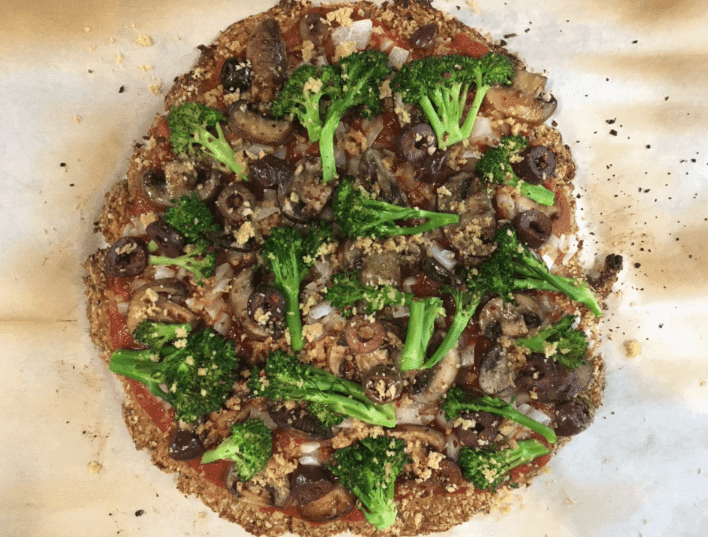 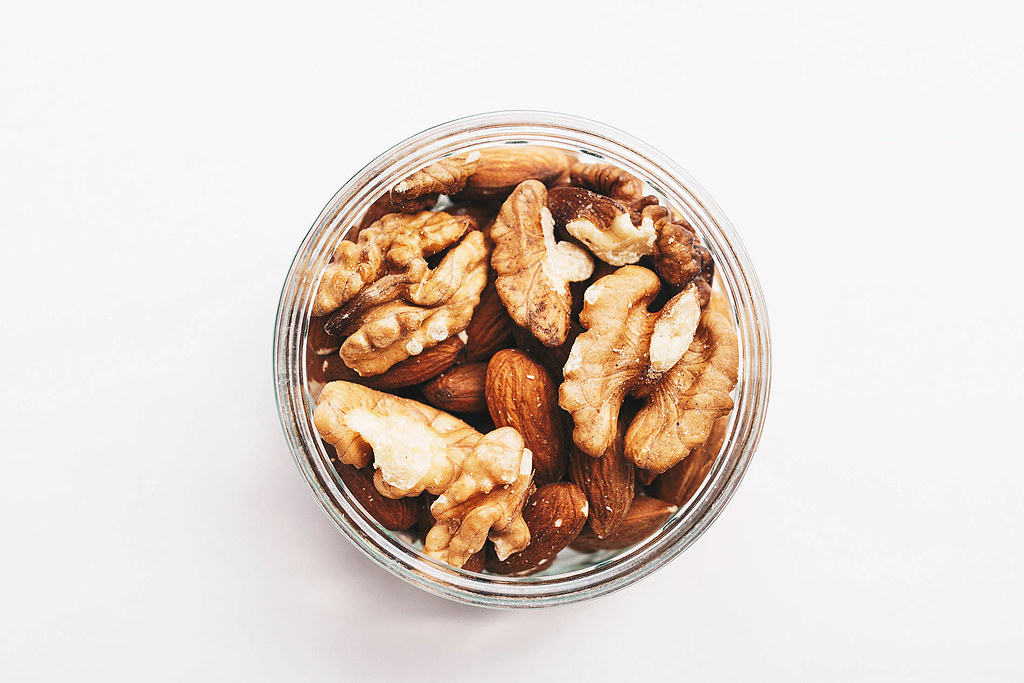 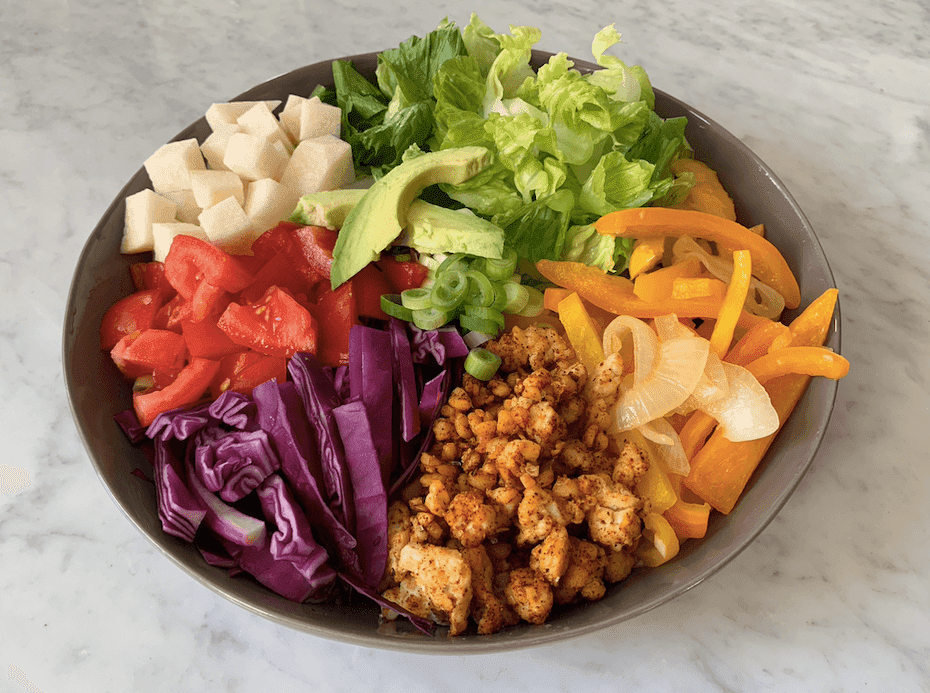 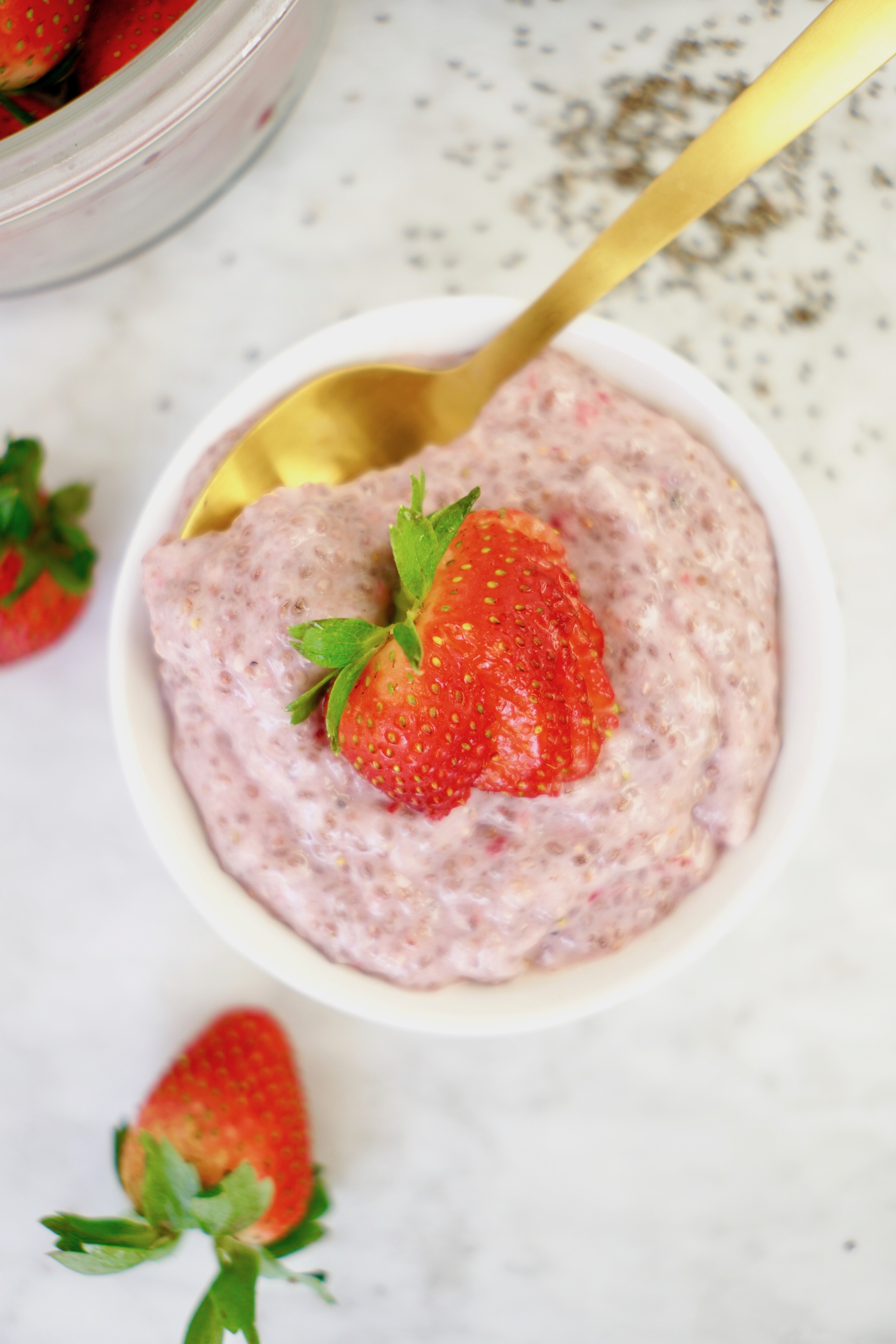 As you can see, a macronutrient breakdown that supports a mild form of ketosis can be plant-based and extremely nutrient-dense (as well as colorful and delicious!). These recipes could be easily interchanged for others that are rich in healthy plant fats, non-starchy vegetables, and plant-based proteins.

Anytime you are changing your diet, especially when doing so for a health condition, it’s important to seek the expertise and advice of a registered dietitian to ensure that you are doing so safely and effectively. While mild ketosis in the context of metabolic flexibility is generally safe, pre-existing conditions could necessitate changes in the implementation of a mildly ketogenic diet. If you choose to utilize mild ketosis for a condition mentioned above, the level of ketones achieved is important and should be closely monitored. The Amos Institute specializes in assisting individuals in implementing nutrition plans that support mild ketosis in the case of ApoE4 carriers and those with cognitive decline.  The Cognitive Health Program offered through the Amos Institute leverages ketosis and aspects of the ketogenic diet to combat dementia and Alzheimer’s disease.

Amylee Amos MS, RDN, IFMCP founded the Amos Institute to specialize in the implementation of the Bredesen Protocol. She graduated with a Master of Science in Nutrition, Healthspan, & Longevity from the University of Southern California’s Leonard Davis School of Gerontology. She has trained under Dr. Dale Bredesen and received certification in the Bredesen Protocol from MPI Cognition. She is one of the only dietitians in the United States who is certified by the Institute for Functional Medicine, a new high-level achievement for leading medical providers.

Amylee is a Registered Dietitian, Nutritionist. Her graduate degree from USC is highly unique and offers a specialty in chronic illness treatment and prevention. At the Amos Institute, Amylee incorporates cutting-edge, evidenced-based scientific research, with many holistic approaches that have been used for centuries. 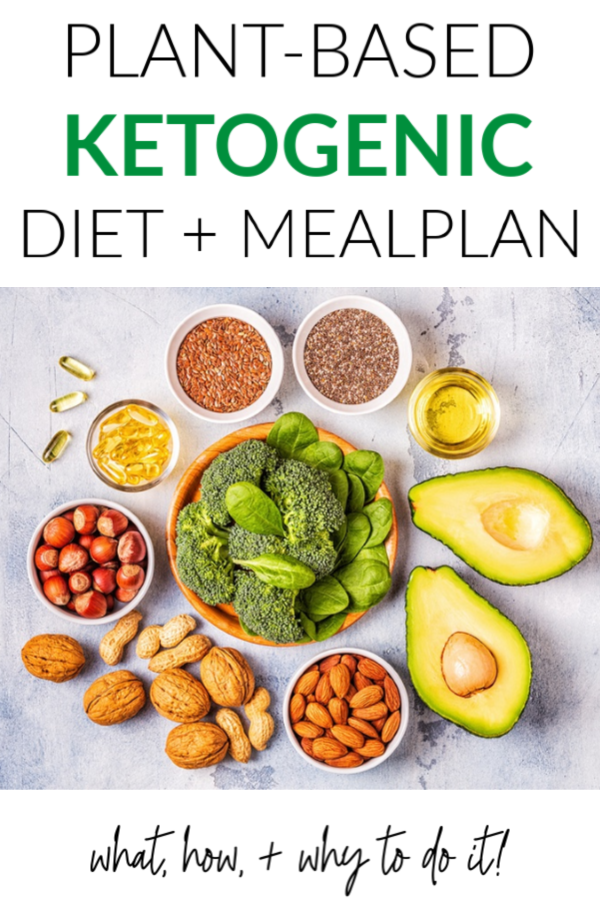 Weigh-in: Have you heard of a plant-based ketogenic diet for preventing or reversing cognitive decline? Would you try it?