The Truth About Autophagy

What is autophagy, and what does it do for us? Today, I’m sharing the science on this process of “cellular-recycling,” including what causes it, why it is important, and how we can potentially induce autophagy ourselves.

If you saw my last video, then you know that I recently did a 3-day water fast with the hopes of inducing autophagy – a highly hyped up cellular process that is reported to stave off disease. I’ll explain that more in a bit – a lot more.

The problem was, I didn’t look into the research ahead of time. I just thought it was there. So when I went to share the info with you guys about my fast and cite my references, I realized that what I thought I knew about autophagy wasn’t based on facts at all but a lot of speculation based on animal studies.

So today, we’re talking about the truth about autophagy.  If you’re thinking “autopha -omg- I’m bored already,” feel free to check out another video – I won’t be offended.

If you’ve ever heard someone say intermittent fasting induces autophagy and cell regeneration, call BS. They clearly haven’t read the research on autophagy. The thing is – there are only a couple of human studies that actually attempt to measure autophagy in live humans, and those studies are far from being definitive. 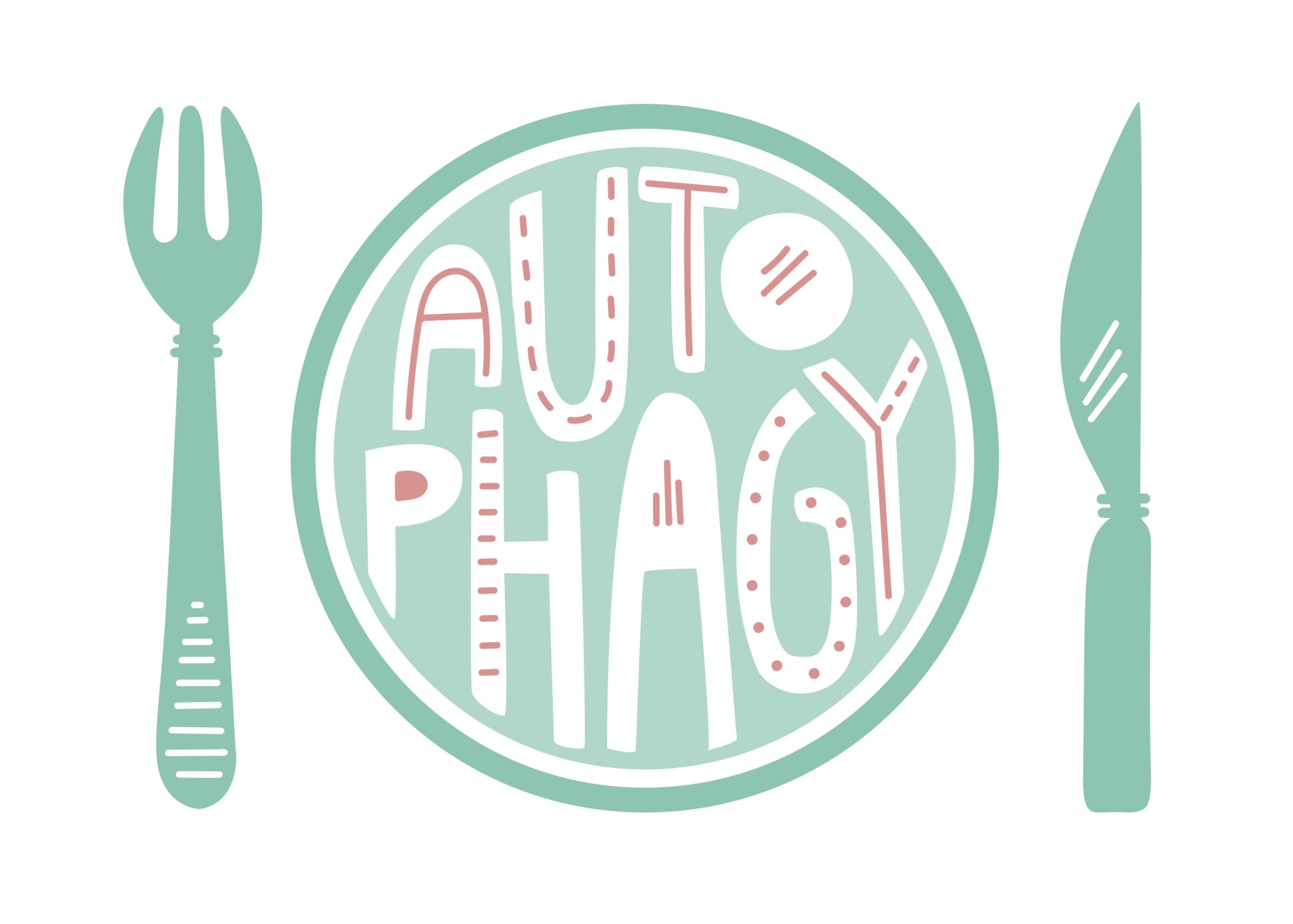 While we know that autophagy occurs in humans and is an important process for cellular health – and we know that mild stressors like exercise, infection, and food deprivation increase its activity in mammals – we do not know how long it takes to induce autophagy during fasting or to what extent it is upregulated in response to fasting – at least not in humans.

So, while I think and hope that my recent water fast induced autophagy, I can’t say for certain that it actually did – and neither can any of those biohacker YouTubers that make similar claims. In the name of evidence-based practice, I would be remiss if I simply extrapolated animal data to humans and didn’t present the current state of the evidence.

So, if you’re a longevity obsessed health junkie like I am and you want to get really nerdy with me right now and learn the truth about autophagy, let’s dig in.

Autophagy is basically our cell’s recycling process. Except unlike the US recycling process, autophagy actually works. It doesn’t just dump cellular junk into our body’s waterways. There are a few types of autophagy, but we’re going to talk about the main one, macro-autophagy, which involves the degradation of misfolded or aggregated proteins and damaged cell components by organelles known as autophagosomes. 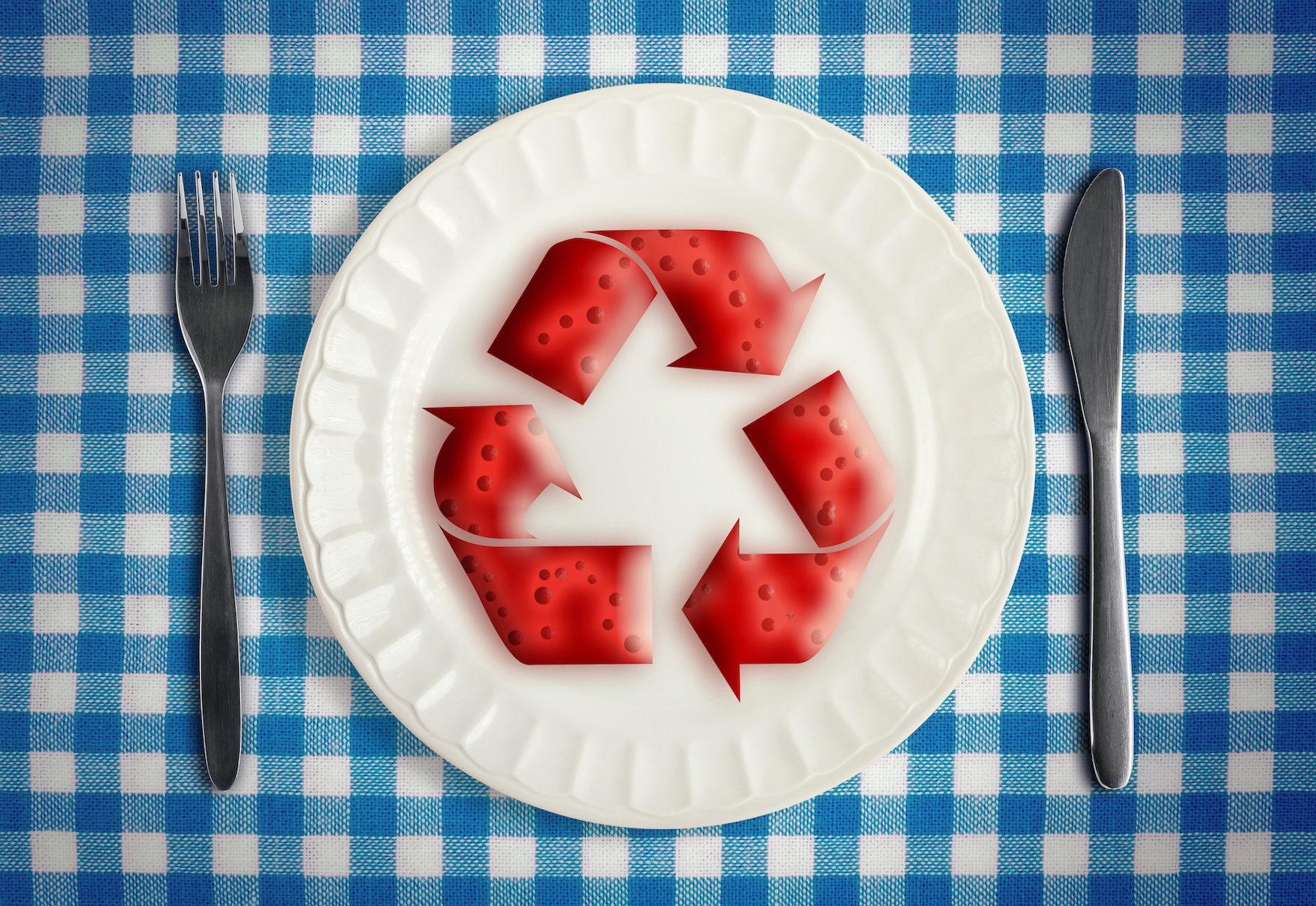 These little guys swallow up junk in our cells and then bind with cellular components known as lysosomes, which release acidic enzymes to break down the cellular trash, freeing up the basic units to be reused to make new molecules or to be metabolized for energy. It’s believed that in addition to keeping our cells protected from damaged components, autophagy provides much-needed resources to the body during starvation, which is why it occurs during fasting.

Autophagy was first discovered in liver cells in the 1960s, but since then, we’ve learned that it is constantly occurring in all cells and is crucial to keeping our cells functioning optimally. Dysfunction of this process has been tied to many diseases including cancer, infections, non-alcoholic fatty liver disease, neurodegeneration, and cardiovascular disease, just to name a few.

In cancer, for example, inhibited autophagy may lead to tumor growth. When it comes to brain health, autophagy prevents the accumulation of damaged proteins, which may contribute to neurodegenerative diseases. In the muscle, autophagy is important for normal muscle mass preservation and maintenance. As mentioned before, exercise induces autophagy and, in turn, helps to rebuild muscles.

At the same time, over-activity of autophagy can be a problem as well, as it may lead to unwanted cell death, which could be a problem for some conditions. When it comes to heart disease, it is currently unknown whether upregulated autophagy is helpful or harmful.

So, as it goes with many things in health – too much of a good thing is good for nothing.

Can You Measure Autophagy?

Trying to measure autophagy is akin to herding cats – it’s extremely difficult and currently considered unfeasible in humans – although some studies have attempted it. 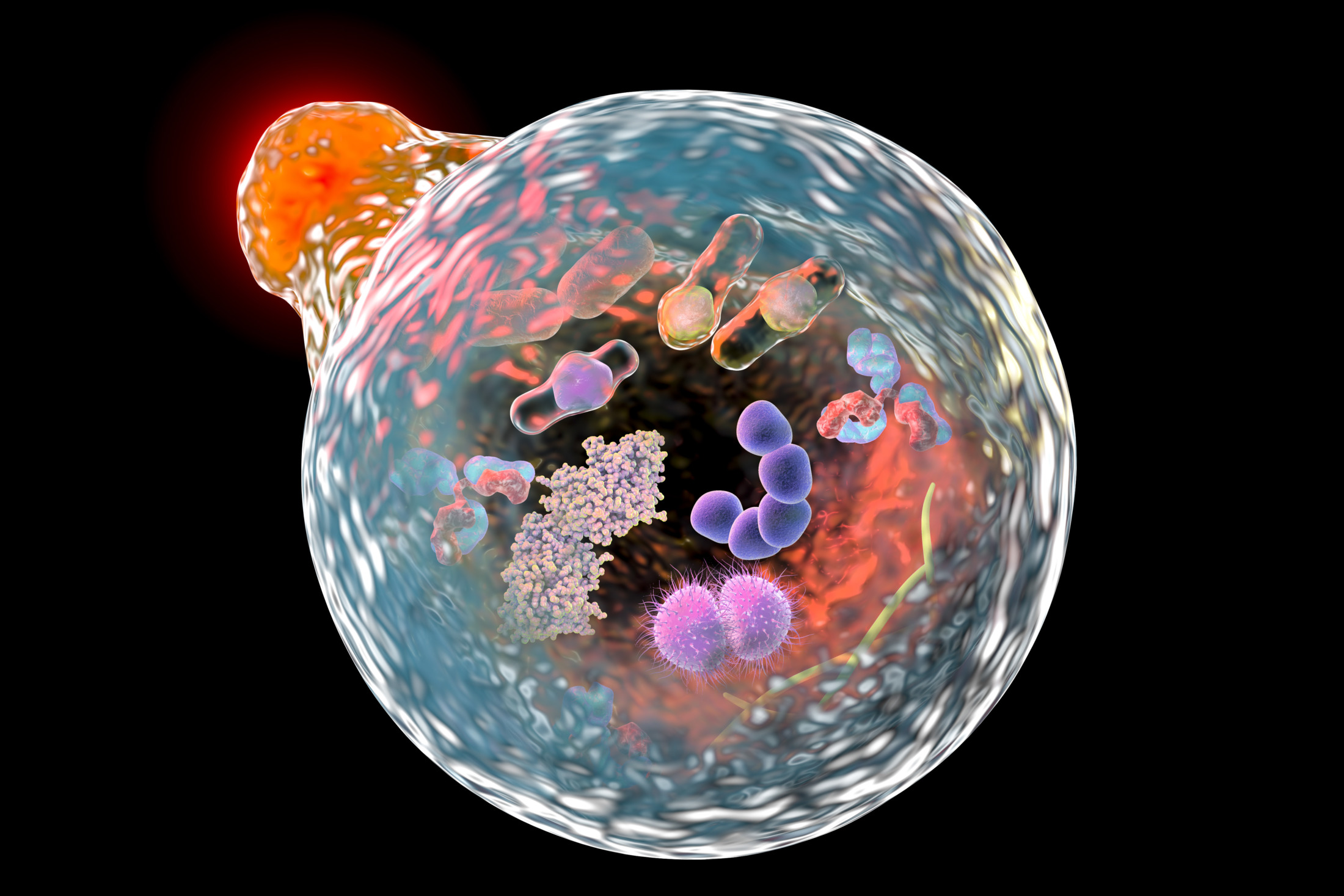 This is because you can’t simply look at a cell and “see” autophagy in action. Autophagy is ongoing, and therefore researchers must measure “autophagic flux,” the degradation of autophagic structures, which is a complex process requiring measurements at multiple time points.

You can’t exactly take multiple liver biopsies from live patients in the name of science. Although there are some paleo bloggers out there that I’d volunteer for testing…

For now, studies of autophagy are mainly done in rodents and cultured cells where they look at markers of autophagy like the proteins light-chain 3-II and p62. 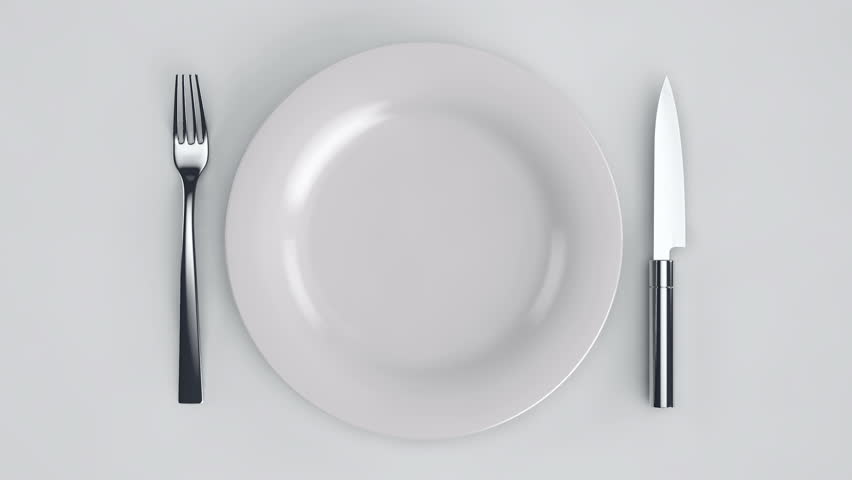 Now, as I said before, studies in humans are sparse –

One study in humans showed that 72 hours of fasting resulted in a 30% increase in the autophagic marker LC3-II. However, it also increased another marker of autophagy, p62, that you would expect to be decreased in response to autophagy. Researchers were unsure what to make of this conflicting data.

And that’s pretty much it for the research on humans, fasting, and autophagy.

Coffee, Exercise, and Other Factors

As mentioned before, exercise is also believed to trigger autophagy. Much like in fasting, research is sparse and controversial, but studies suggest that chronic exercise may lead to an increased capacity to form autophagosomes in humans. 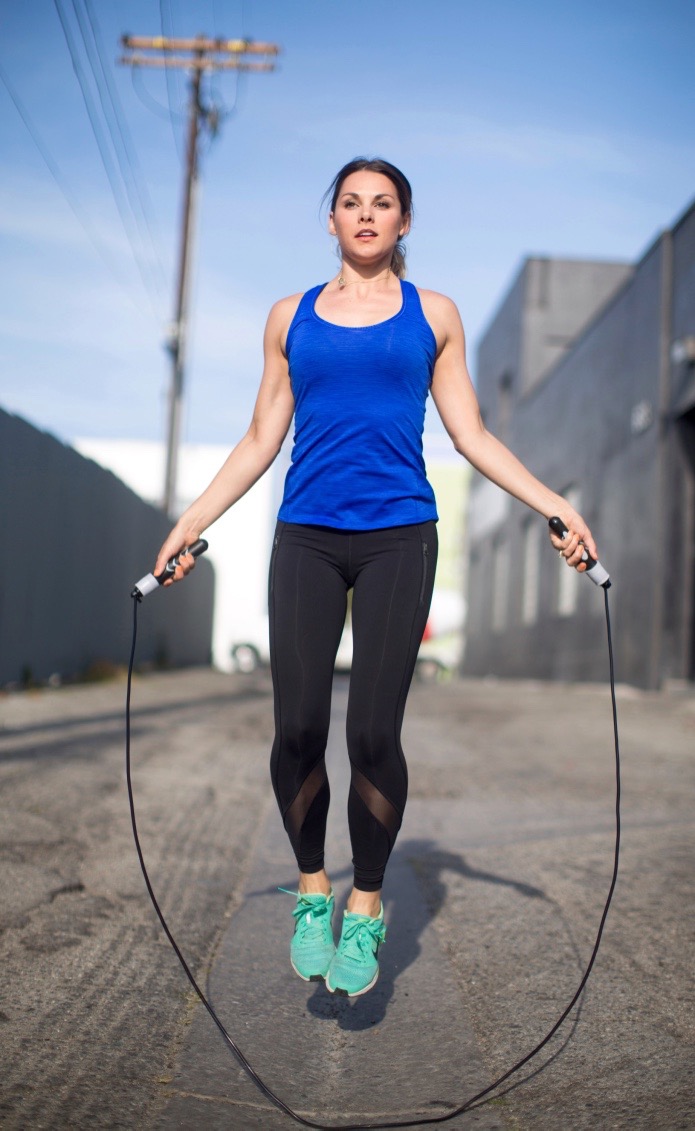 Studies have also shown that insulin, unsurprisingly, prevents autophagy. Insulin is released in response to food intake, and since fasting induces autophagy, eating and insulin release would be expected to hinder it.

Similarly, IGF-1 (insulin-like growth factor) which is increased with protein intake, also inhibits autophagy, likely by activating the mTOR pathway – but we’ve talked about enough complex stuff already so we won’t go down that road today.

One surprising thing I learned about autophagy is that in mice, coffee intake has been shown to increase activity. This is a bit counterintuitive, and here’s why – fasting is intended to invoke mechanisms related to rest and repair. Drinking coffee requires activation of the liver to process caffeine and detoxify coffee compounds. Many fasting experts advise against consuming coffee during a water fast.

So, it is difficult to interpret this data. On the one hand, we aren’t mice, so the benefits of coffee on autophagy may not hold true for humans. On the other hand, moderate coffee intake has been associated with a reduced risk of many diseases.

For me, I’ll stick with enjoying my java 362 days of the year and skip it when I’m fasting.

Autophagy is happening all the time in all of the tissues of our body, whether or not you’re fasting. It is an important process to keep us healthy, and defects in autophagy genes have been associated with many diseases.

Studies show that mild stressors like exercise and food deprivation induce autophagy in animals and likely humans as well. Unfortunately, we don’t have a good way to measure autophagy in humans, and we don’t know how long it takes to induce “autophagic flux.”

We can assume, though, that time-restricted eating, in which you fast somewhere between 12-16 hours, is likely too short. In mice, the minimal amount of time to induce autophagy was 24 hours and in some tissues, it took up to 3 days. What is that in “human days”? I don’t know. I think we can assume that somewhere between 3-5 days would do the trick, but again, until we have more research, it’s all hypothetical. 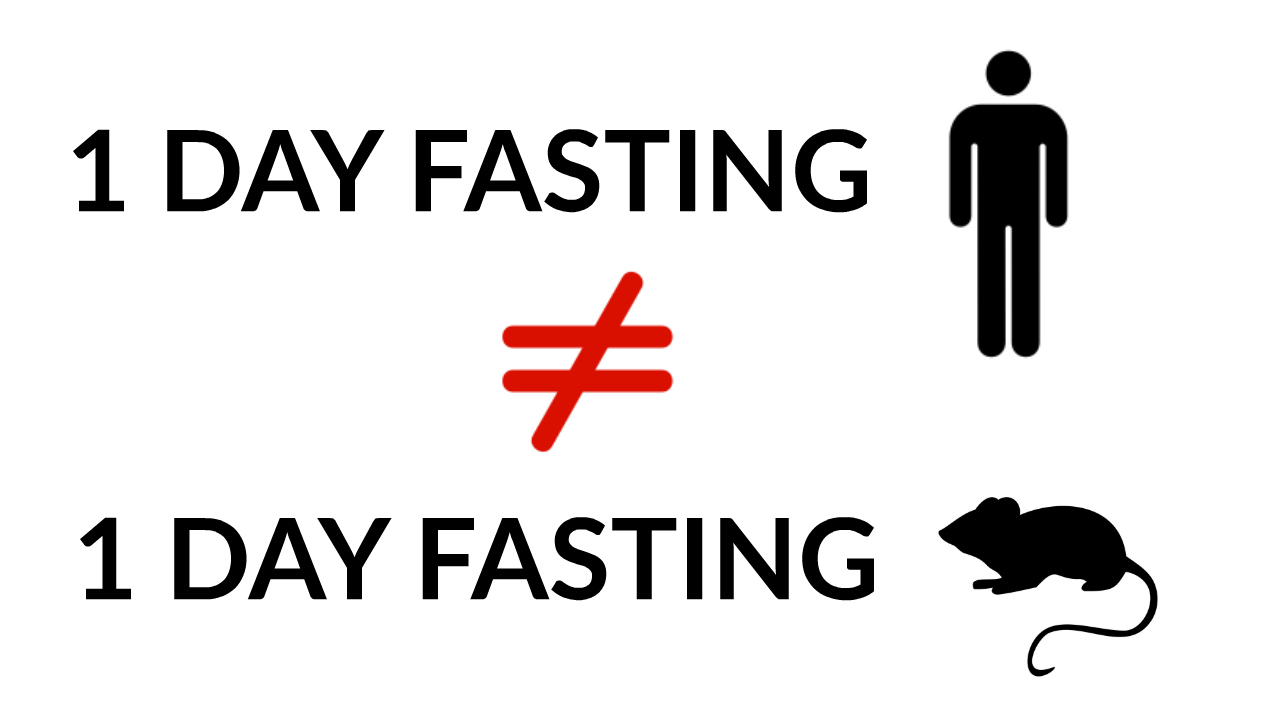 So, should you try a water fast to hopefully induce autophagy? That’s up to you! The decades of research on the benefits of fasting are enough to make me give it a shot. Whether or not these benefits are due to autophagy or other cellular processes, that remains to be seen.

Check out my 3-Day Water Fast! 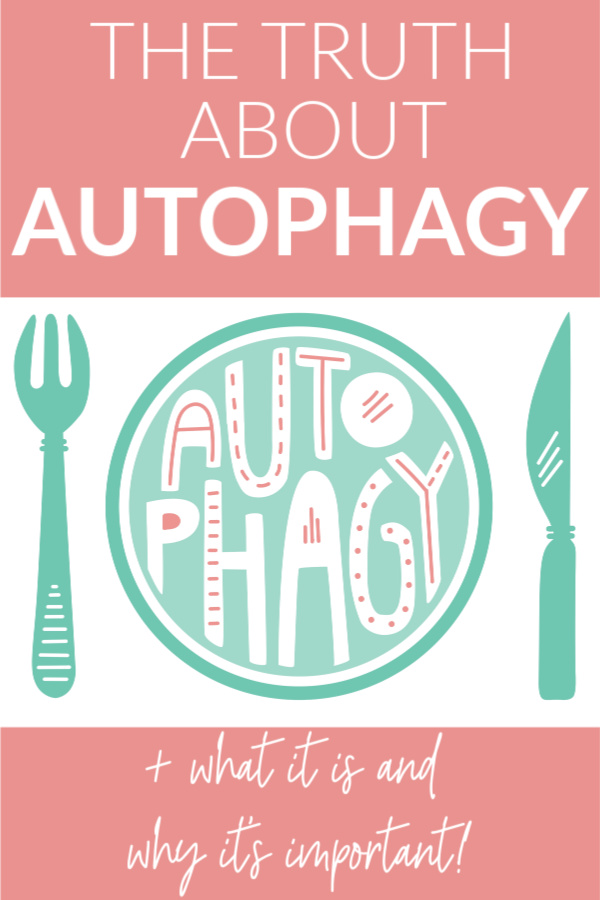 Weigh-in: Have you tried water fasting? Would you try it to potentially induce autophagy?