Plant-based meat alternatives are becoming extremely popular lately among both vegans and meat-eaters. But does being animal-free mean that plant-based meat is healthy? 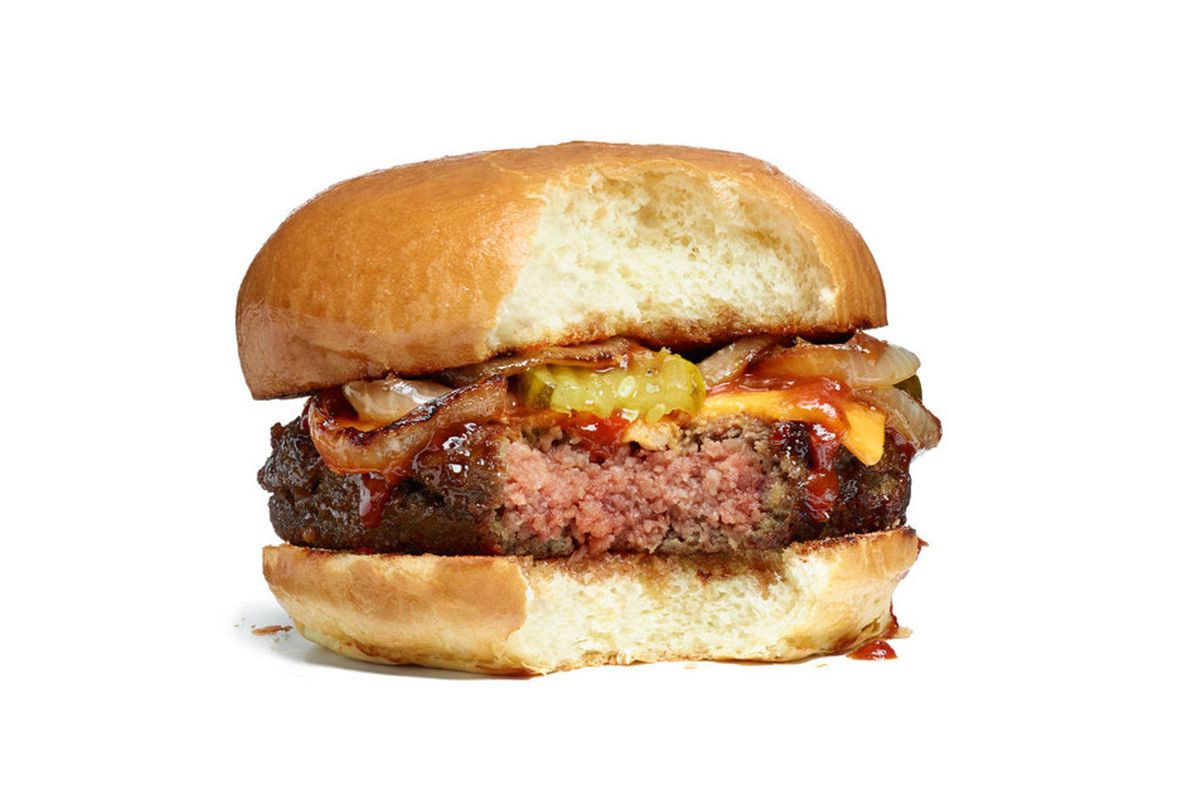 In today’s society, it’s easier than ever to be vegan.

Plant-based restaurants are popping up everywhere, public figures are speaking out against animal agriculture, and there are tons of meatless alternatives for all of our favorite comfort foods.

Knowing that I eat a “predominantly plant-based” diet, people often ask me what I think about the wide variety of meat alternatives on the market — Beyond Burgers, Impossible Burgers, Tofurkey, etc.

Plant-based meat alternatives, like the new plant-based burgers from Beyond Burger and Impossible Burger, are an awesome “transition food” for people looking to reduce their meat intake — whether for animals, the environment, or their own health.

Animal agriculture is one of the biggest contributors to global warming and the single largest user of land. The animal agriculture sector is responsible for 18% of human greenhouse gas emissions (more than the transportation sector), and forests/rainforests worldwide continue to be leveled to provide more space for raising cattle and growing animal feed. So when it comes to the environment, meat alternatives are clearly a huge step in the right direction.

That being said, just because something is “vegan” does not mean it is healthy.

Oreos, Pepsi, and Lays Potato Chips are all vegan, but I wouldn’t encourage anyone to build their plate around these “foods.”

While plant-based alternatives are more sustainable for the health of our planet (and friendlier to animals), they are often heavily processed and usually less nutritious than whole plant foods.

They’re very high in protein — about 20 grams per burger. And while studies show that plant protein is likely better for us than animal protein, having too much protein, in general, is likely a bad thing, which I discuss in my video on Meat and Cancer.

They are also somewhat high in saturated fat — Beyond Burgers contain 5 grams and Impossible Burgers contain 8 grams. Saturated fat is found mainly in animal products, with the exception of coconut and palm oil. Whether or not saturated fat is bad for our health is a major issue of debate but the majority of experts believe it contributes to heart disease and other chronic health conditions. Studies show that replacing saturated fat with unsaturated fat reduces the risk of cardiovascular disease.

The saturated fat in plant-based burgers comes from coconut oil, which some people argue is healthier than the saturated fat found in animals, but again that’s up for debate. Check out my video “Is Coconut Oil Going to Kill You” to learn more.

Finally, some people point out that plant-based burgers are higher in sodium than beef burgers and use this as an argument for why they’re unhealthy.

To this I say — yes, they are higher in sodium because meat is not high in sodium, but they are not high in sodium. Beyond Burgers have 380 mg of sodium and Impossible Burgers have 370 mg of sodium. This is less than 20% of the RDA for sodium, for something you’d be eating as one of your 3 main meals of the day. If the remainder of your diet is unprocessed plant foods, this is a negligible amount of sodium.

So what do I think of plant-based burgers? They’re not healthy per se, but they’re not unhealthy either. They’re a fine occasional food to enjoy at BBQs or when you’re out to eat and everyone else is scarfing down quarter pounders.

Frankly, I don’t really love the taste of them. I’d rather have a crispy TLT (tempeh bacon, lettuce + tomato) any day.

And in general, I recommend centering your diet around unprocessed plants the majority of the time.

There are plenty of plant-based burgers on the market produced with nutritious ingredients like beans, whole grains, and vegetables in forms that are a little closer to what nature intended.

And if you’re up for making your own, try this veggie burger, which you can prep ahead of time and freeze in batches for quick, easy meals! 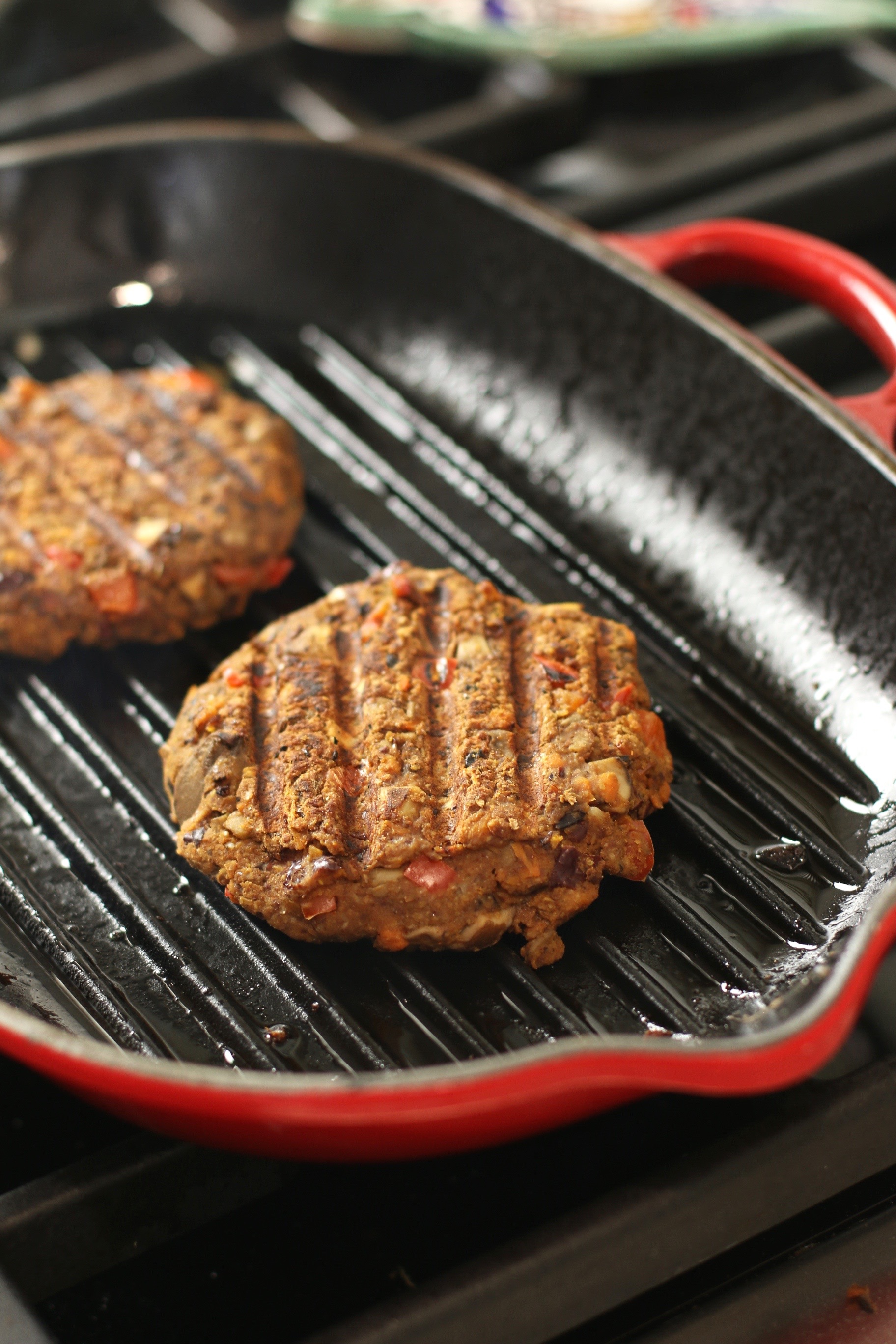 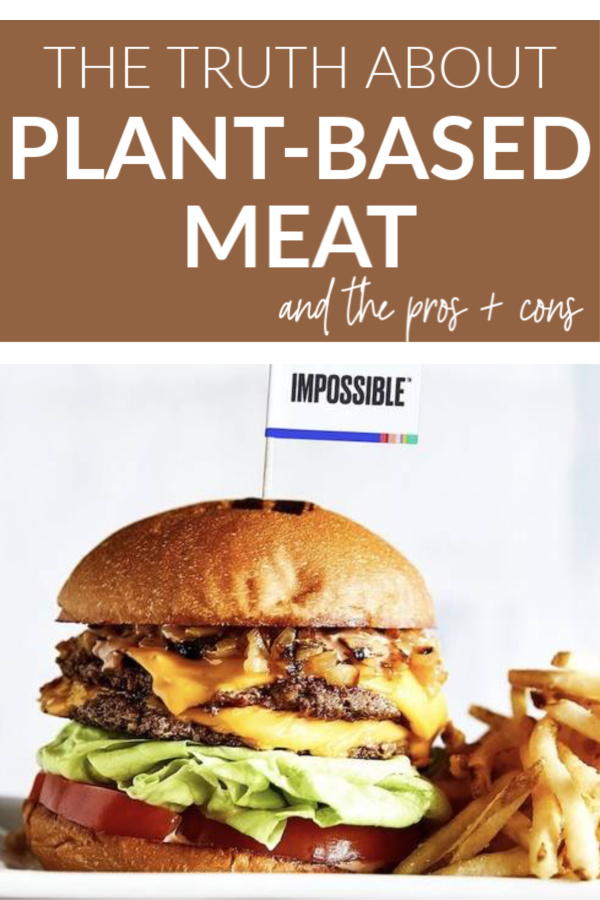