Have you heard of meat causing inflammation? On today’s episode of The Sitch, we’re uncovering the truth about meat and inflammation.

Everyone talks about inflammation, but most people don’t really understand what it even is.

Let me briefly explain. Inflammation is the body’s natural protective response to a variety of stressors, including infection or injury. Its job is to control and resolve tissue damage. The immediate signs are heat, pain, redness and swelling – all important for the body’s repair and defense.

However, chronic inflammation is an inappropriate or insufficient response to stressors that is never resolved. Chronic inflammation has been linked to a laundry list of conditions including type II diabetes, Alzheimer’s disease, cardiovascular disease, frailty, sarcopenia, osteoporosis, and cancer.

While we know that inflammation plays a role in these conditions, we really don’t know if inflammation causes these diseases or if these diseases result in inflammation. It’s a real chicken and the egg situation…..which consequently relates to what we’re talking about today –  the association between animal products, but meat in particular, and inflammation.

What’s most ironic is that the same people tossing around the buzzy word “inflammation” and telling you to cut out things like soy and gluten are often the same people encouraging you to up your meat consumption – but grass-fed, of course – insert eye-roll.

The truth is – it doesn’t matter how your meat was raised or produced or if your cow lived a happy life with lots of hobbies and an extensive social circle – there are compounds naturally found in animal products or created during production that increase their inflammatory profile. These things exist in all meat regardless of organic agriculture.

Studies show that red meat intake is associated with higher levels of inflammatory markers like c-reactive protein (CRP), even when controlling for other dietary and lifestyle factors. Meanwhile, a high intake of whole grains reduces CRP.

Today I’m going to talk about three main culprits driving the association between meat and inflammation.

Learn about how meat affects inflammation via @WhitneyERDN

TMAO, aka trimethlyamine oxide – not that you need remember that – is a molecule linked to cardiovascular disease, an inflammatory condition.

TMAO is produced in the body from dietary carnitine. Carnitine is found in animal muscle tissue. It is not an essential nutrient for human consumption, as our own bodies make it.

When we eat carnitine, our gut bacteria breaks it down into a molecule called TMA, which is then converted by our liver to TMAO. Studies show that vegans and vegetarians produce less TMAO from carnitine than omnivores, suggesting that the regular consumption of meat changes our microbiome to a pro-atherogenic profile.

AGEs are reactive molecules found naturally in food and also formed in the body by the reaction of carbohydrates with proteins and fats. You can actually see this reaction occur when meats are browned – it’s known as the Maillard reaction.

Blood levels of AGEs correlate to markers of inflammation such as c-reactive protein, fibrinogen, tumor necrosis factor-alpha, vascular adhesion molecule-1, and the HOMA index – an indicator of insulin resistance.

While AGEs are found in both animal and non-animal foods, diets high in protein and fat have higher amounts of AGEs than high carbohydrate diets, likely due to an increased intake of meat, poultry, and cheese – which are the main sources of these harmful molecules.

The amount of AGEs found in these products is further increased by dry heat cooking methods like grilling and frying. On the other hand, fruits, vegetables, grains, legumes, and low-fat milk products are the lowest sources of dietary AGEs.

Studies show that AGEs are elevated in women with polycystic ovarian syndrome (PCOS), which is associated with low-grade inflammation. Women with PCOS who eat a low-AGE diet have more favorable metabolic and hormonal profiles and less oxidative stress.

Here are a few ways to reduce AGEs in your diet:

The last factor in the association between meat and inflammation is saturated fat.

Saturated fat is found primarily in meat and animal products and in plants like coconuts, palm oil, and chocolate. If you’re one of the people who bought into the paleo-propagated idea that all saturated fat is healthy, I’d encourage you to check out my video: the truth about coconut oil.

As for saturated fat and inflammation, studies show that a single high-saturated fat meal immediately increases inflammation and oxidative stress, resulting in restriction of blood vessels and an increase in blood pressure.

It’s also shown to immediately raise triglycerides in the blood, which further contributes to oxidative stress and inflammation and increases the adverse effects of post-meal hyperglycemia. Basically, if having a sugary glass of orange juice detrimentally spikes your blood sugar, enjoying it with a sausage egg McMuffin takes the inflammatory process to the next level.

Which brings me to the elephant in the room – refined carbohydrates. Unlike some pro-plant experts, I’m not going to stand here and tell you that meat is the sole culprit of chronic inflammation. 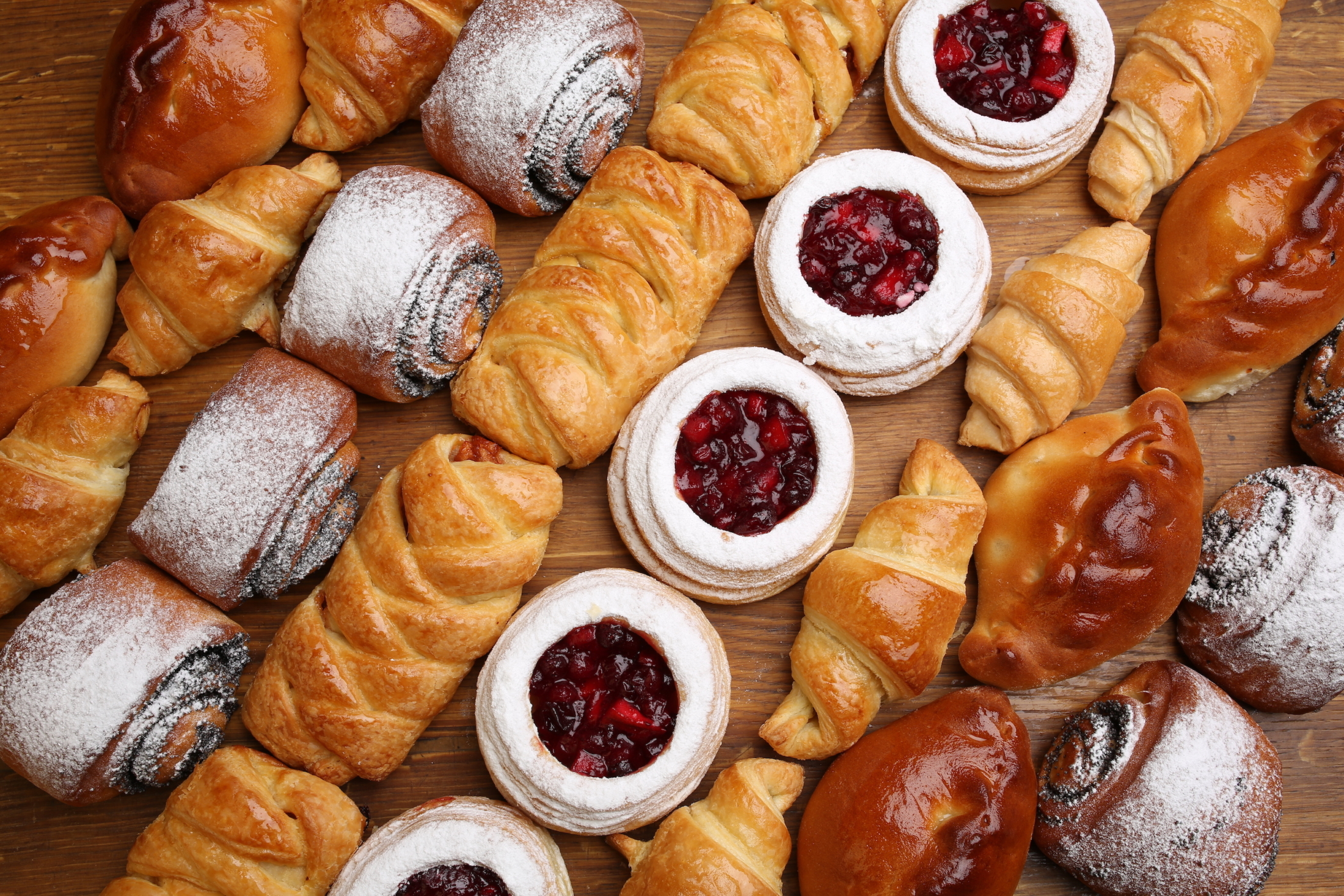 HOW TO PREVENT INFLAMMATION

Bottom line: Both vegan and omnivorous diets can contain inflammatory foods, but to suggest that meat is anti-inflammatory is a bunch of bull. As discussed, meat naturally contains compounds associated with inflammation – whether or not the meat is organic, grass-fed, or table-fed. ;)

To fight inflammation, focus on a diet rich in whole grains, nuts, seeds, legumes, fruits and vegetables, which have all been shown to contain anti-inflammatory compounds and reduce the risk of inflammation-related chronic diseases.

If you’re interested in moving toward a more plant-based diet, check out my free 7-day predominantly plant-based meal plan. 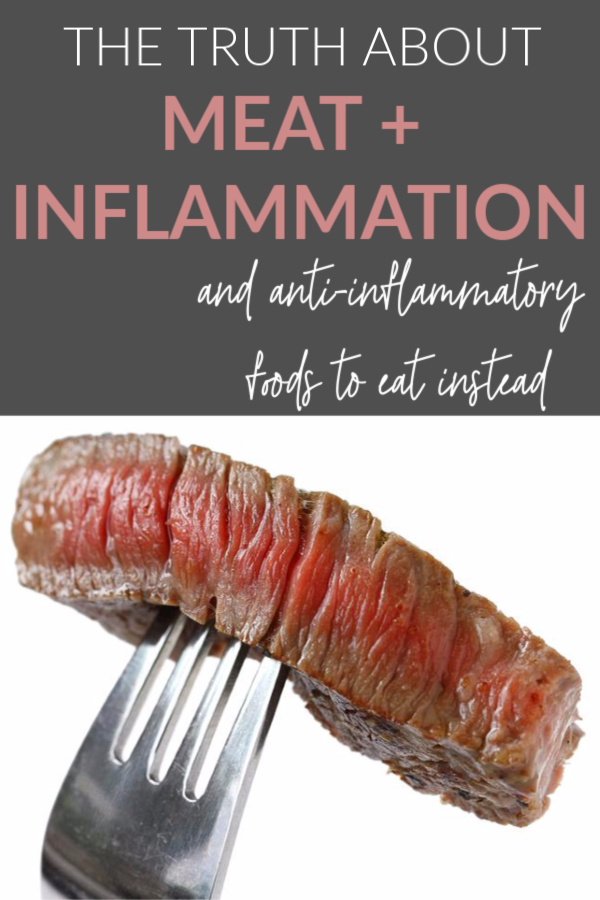 Weigh-in: Would you consider eating more plant-based to ward off inflammation? If you’ve already cut back or eliminated meat, have you noticed any differences?