A Word on Nutrition + Politics

I’d like to take a moment from our regular programming to discuss a topic that is important to me — and should be important to all of us.

Many people in the health and wellness space keep politics out of their perfectly curated social media feeds of food and fitness. Business-wise, it’s probably a good idea. When you’re talking about issues that half the country disagrees on, it’s a quick way to alienate many of your followers.

I learned this yesterday when I lost a large number of Instagram followers after posting about the Women’s March and received an onslaught of disparaging comments from people I’d never met. 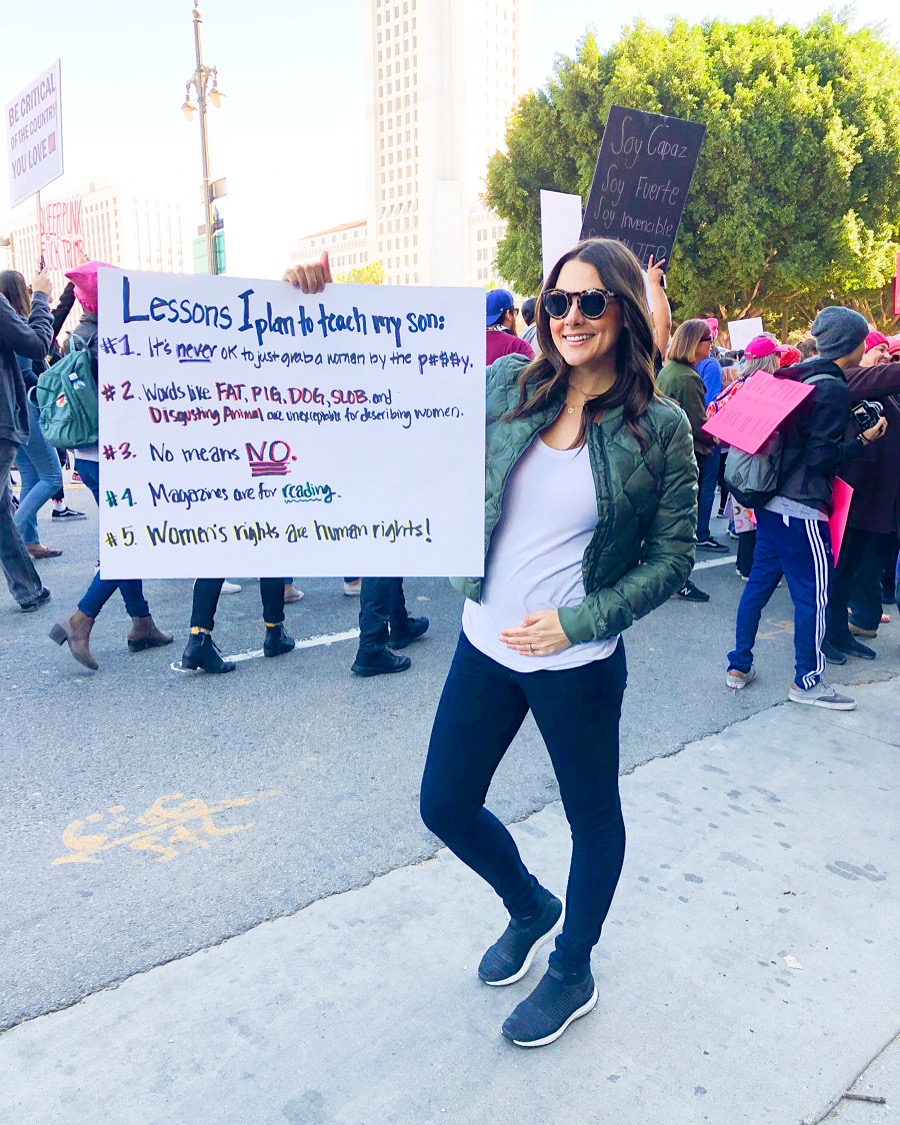 What boggles my mind the most about these hateful attacks is that the majority of them were from women. I just can’t comprehend what woman could possibly support the verbal and physical assault of other women or take issue with me opposing it?

The words and phrases I used on my poster yesterday were not hypothetical. They were terrible words that were actually used by our President to refer to women.

I refuse to stay silent.

This platform is a space I use to impart the knowledge that I’ve learned from many years of schooling to try to better people’s health (although I am a human, who occasionally makes spelling errors, which many detractors used to belittle my education on yesterday’s post).

While it may seem that health and nutrition are unrelated to what’s happening in Washington right now, these topics are intertwined.

Recent policy decisions pushed the FDA’s incredibly overdue update to nutrition labels another two years — specifically for big food companies. This is a change that requires companies to disclose added sugars on their labels; something we know is a major driver of chronic disease. This decision is in the interest of big food companies and not public health.

Similarly, the President’s decision to label information he dislikes as “fake news,” to rely on opinion-based blogs as credible sources, and to dismiss the advice of independent scientific groups on policy for the FDA, CDC, and EPA displays an utter disregard for evidence-based decision-making on issues that directly affect the health of our nation.

History is watching and I intend to look back one day and tell my children and grandchildren that I stood up for what I believed in — even if it cost me popularity or a paycheck.

I thank those of you who shared kind words of support yesterday and the one person who disagreed, respectfully. I ask that those of you who disagree with my politics – whether they relate to women’s rights, food, the environment, or anything else, to reflect on your language or find somewhere else to share your thoughts.

As for the followers I lost, it’s for the best. I can’t imagine that anyone who supports the abuse of women would be also interested in Predominantly Plant-Based nutrition choices aimed at protecting animals and the environment.

Thank you for reading this and for your support of this blog.