A New Fitness Craze On the Rise 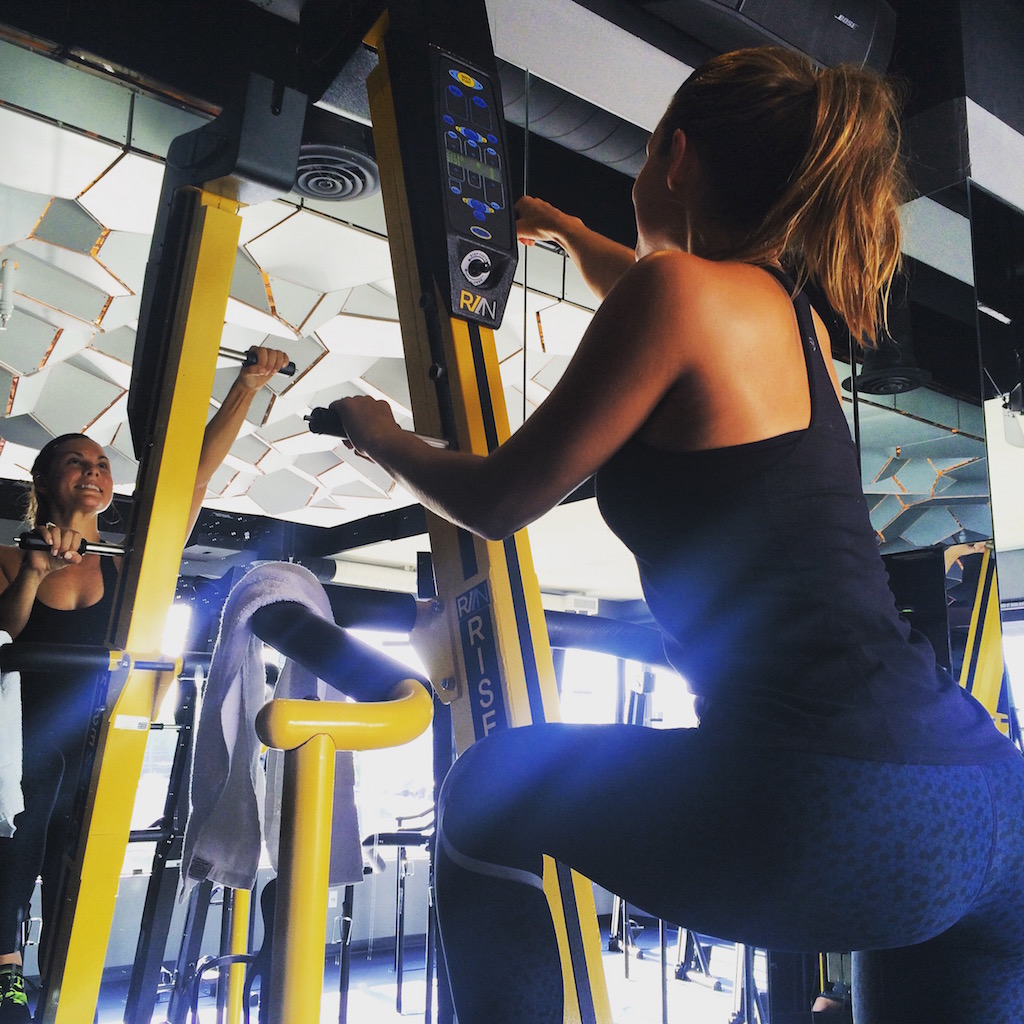 There’s a new fitness craze on the rise in L.A. — likely to be the next hot workout to sweep the nation — group fitness climbing. 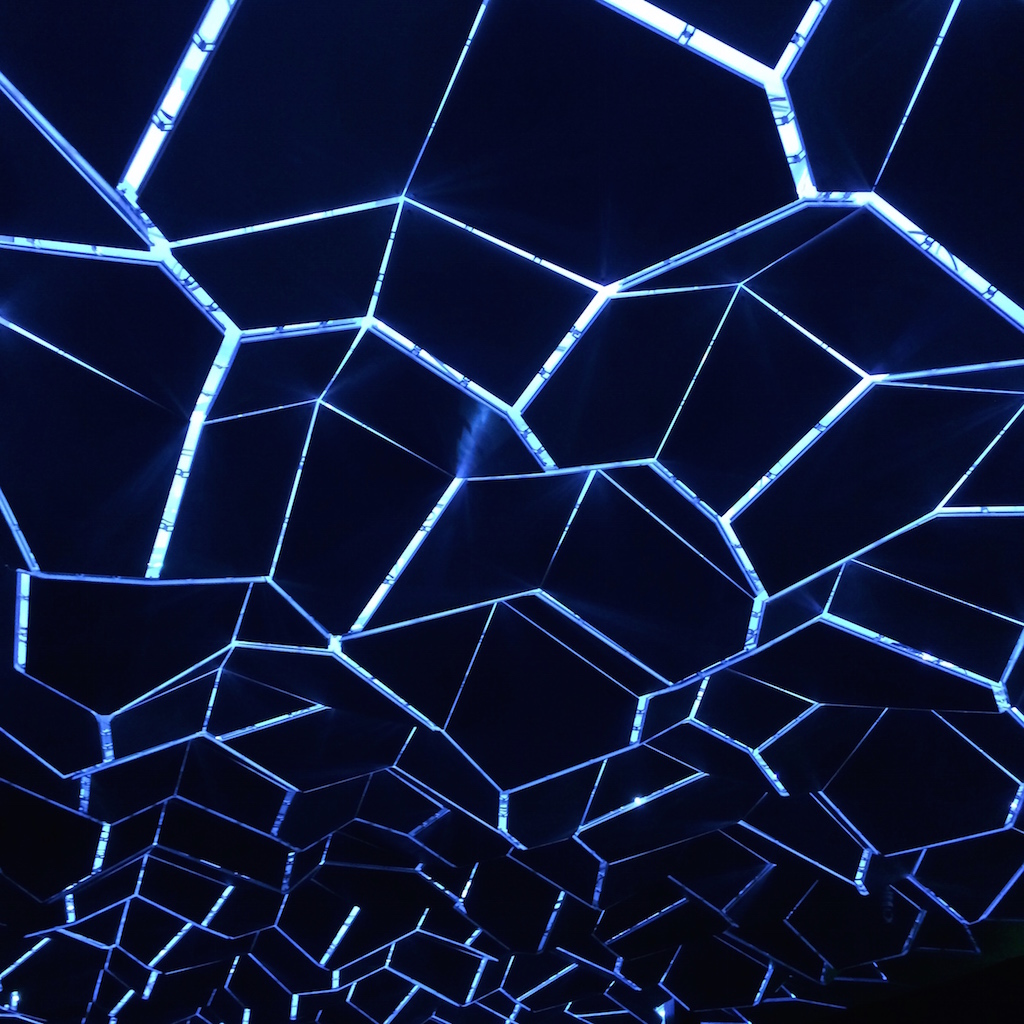 I tried it out recently and was pleasantly surprised. The workout was fun, challenging, and like nothing I’d done before.

It reminded me a bit of a cycling class due to its electric dance party vibe, but much more intense. Despite the seemingly short length of the class, I was completely wiped out after a half an hour.

In addition to being cardiovascularly taxing, the workout also tones your entire body. You’re getting a thigh and booty burn from the stepping motion, arm-sculpting from the pulling motion, and a core workout from keeping yourself upright and aligned the whole time. 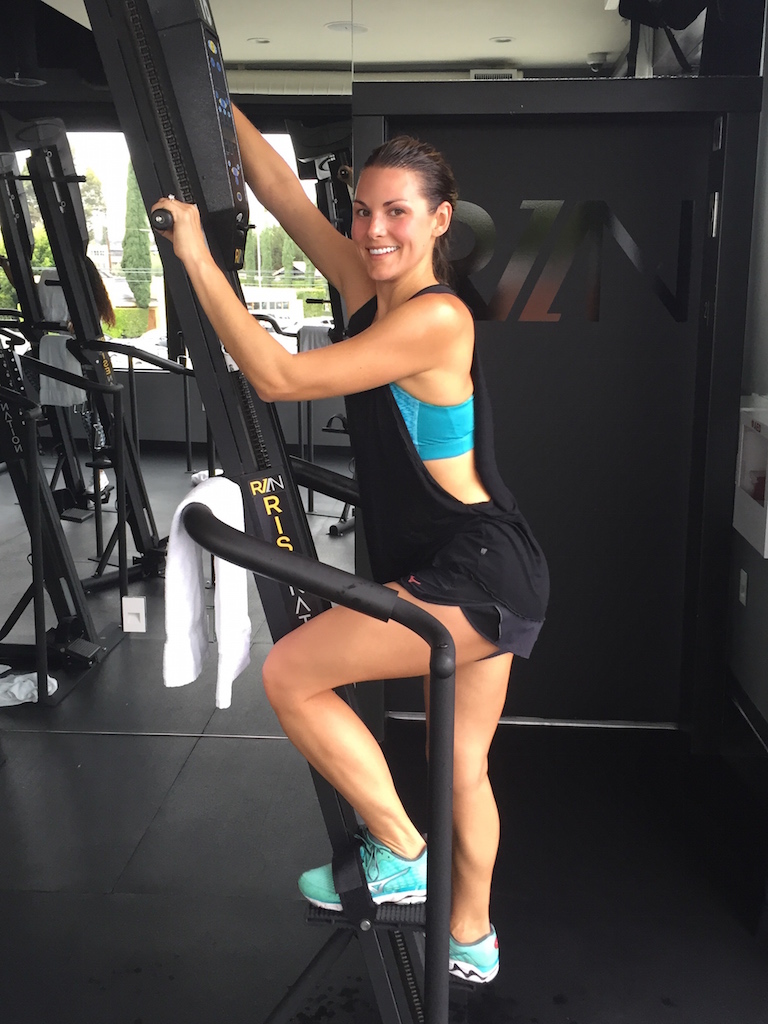 It’s no surprise that so many Hollywood celebs are clambering to get their climb on. Minka Kelly, Ashley Greene, Hillary Duff, Mandy Moore, and Irina are just a few of the starlets you may bump into at the studio.

Though the Versa Climber machine has been around for decades, the exercise model of group climbing is very new. I wanted to know more about the innovative workout, so I turned to the the studio’s creator, CEO Jason Walsh.

Jason is a celebrity trainer who also owns his a private studio, Rise Movement, that specializes in strength training, muay thai, and yoga.

Here’s what he told me about his vision: 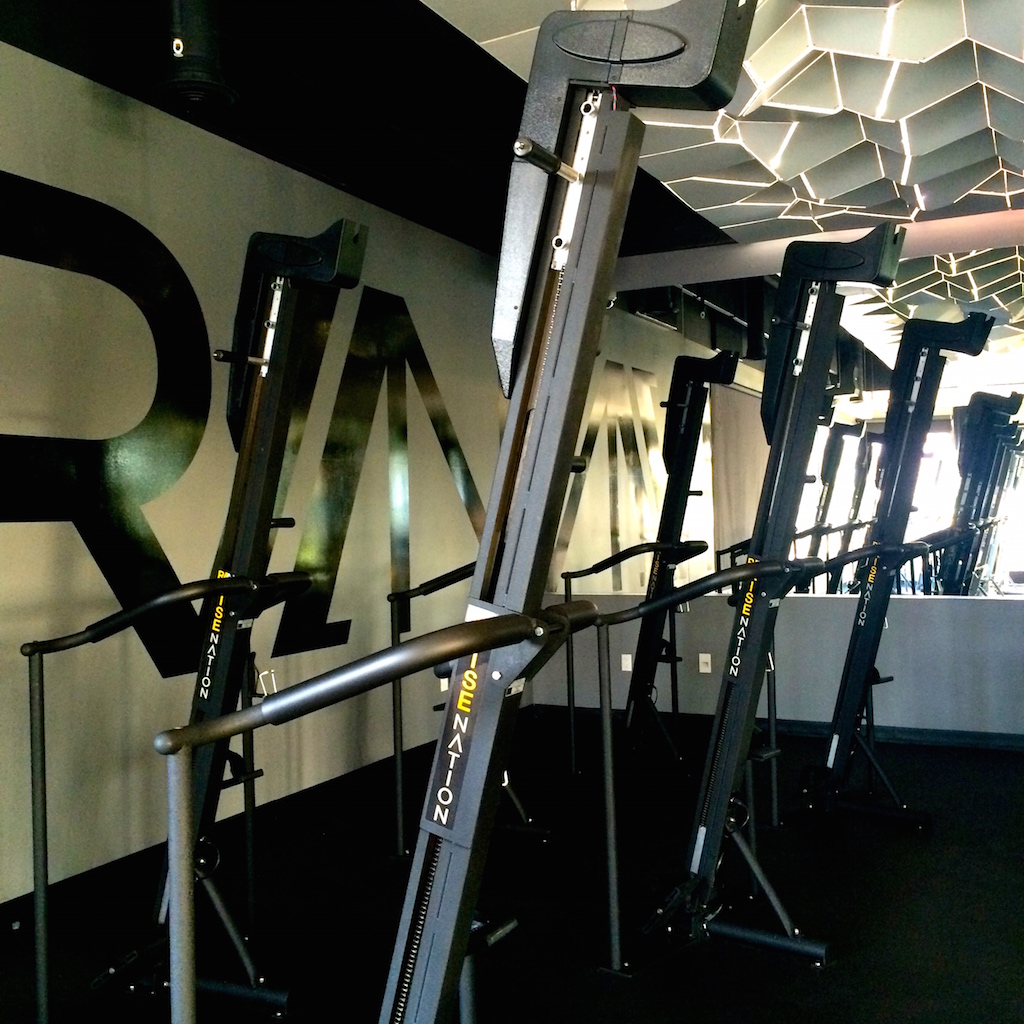 How did you come up with the idea for Rise Nation?

The idea came to me because I was getting clients referred to me that were getting injured. I have been using the VersaClimber on my clients for years and its the most underrated piece of equipment in gyms these days. One of the greatest benefits of the climber is to condition while having a low risk of injury.

I was at a Nine Inch Nails concert actually, believe it or not, when I got the idea! The lights were insane, everyone was dancing, and the energy was contagious. I wanted that same experience for a group class.

From the unique light installations that I created in studio to fun base-bumping music; it was my goal to make a killer full body workout that people actually enjoyed! The high intensity, low-impact makeup of the machine allows anyone can do it – even with pre-exisiting injuries.

Approximately how many calories can someone burn in a class?

You burn 24 calories per minute on average, which to put it into perspective, you burn half of that in a spin class.

It’s a great cardio workout, but I definitely felt the muscle toning as well — which muscle groups get worked in the class?

It truly is a FULL body workout verses isolating a muscle group. The push-pull movements and slight bend of the knees keep your body properly aligned making it completely safe and effective. It really is you against gravity the full 30 minutes. You are doing 100% of the work, 100% of the time.

Any plans for other spinoffs to the classic 30-minute Rise class?

You took the Level A1 class but we will soon offer more. A2 flow classes which combine a flow yoga with the climbing element. The combination of the two is an amazing way to learn to control breathing during your floor movements. We will also be incorporating more timed intervals for experienced climbers. We will also offer an A3 class that incorporates body weight exercises on the floor, combined with high intensity combinations on the climber.

Want to try Rise Nation? Your first class is free and they’re available through ClassPass.

Weigh In: Have you tried Rise Nation? Would you be into this type of workout?