Getting Lost in Solstice Canyon 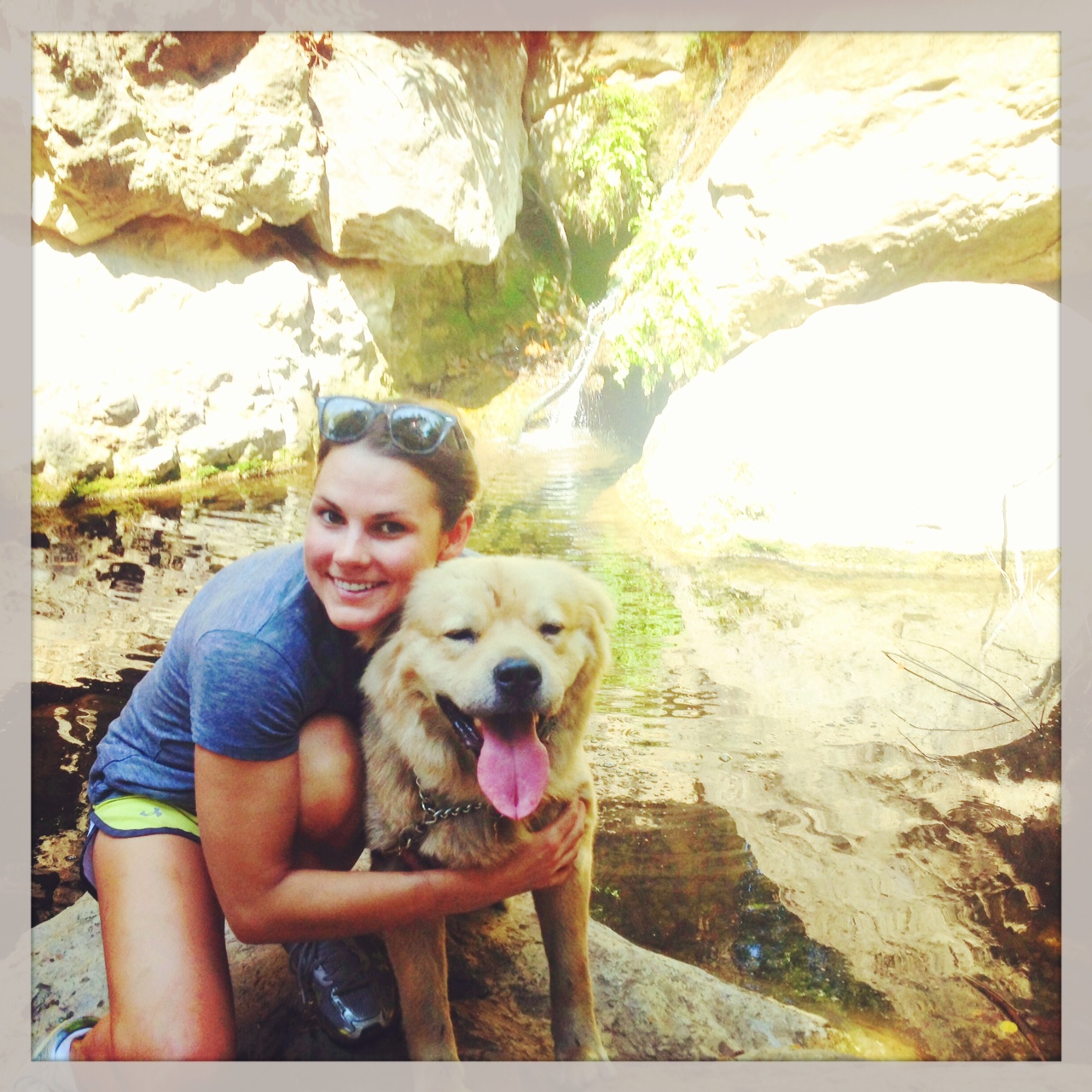 Happy Monday everyone! Who is excited for the short week?? I certainly am. Monday’s are always better when you know the weekend is two days away.

This weekend went by way too fast, but it was packed with fun nonetheless.

We kicked off Saturday with a hike in Solstice Canyon…a place I’ve been dying to check out.

Solstice Canyon is a beautiful hike near Malibu in the Santa Monica Mountains, featuring a waterfall, great views, and the ruins of an old mansion.

I had seen posts about it before and thought it looked pretty cool. At about 5.5 miles round-trip and a mostly shady path, it seemed like the perfect hike for us and Mr. Chow. 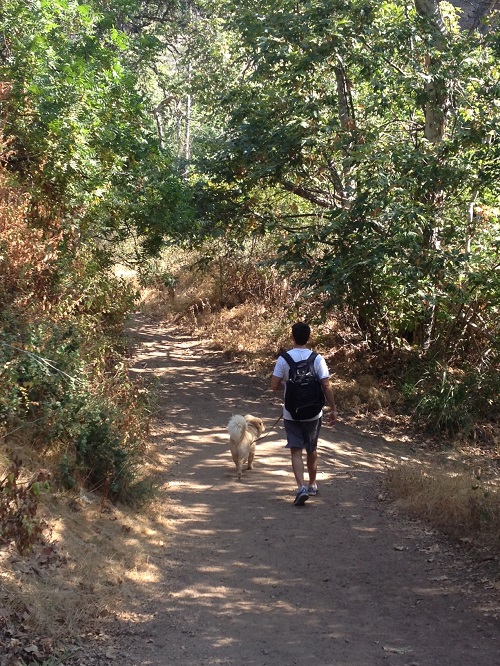 Unfortunately, like the the foolhardy hikers we are, we didn’t pay very close attention to the directions when we were researching the hike, and things went a bit awry.

Everything started off OK. It was a beautiful day — cool air, lush trail — Chow was in heaven. We went about 1.5 miles when we came upon the ruins of the mansion. 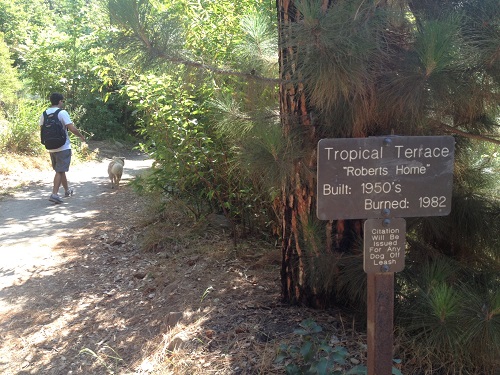 The house was built in 1952 by architect Paul Williams and featured in Architectural Digest for it’s natural design elements which incorporate the waterfall, trees, and creek. 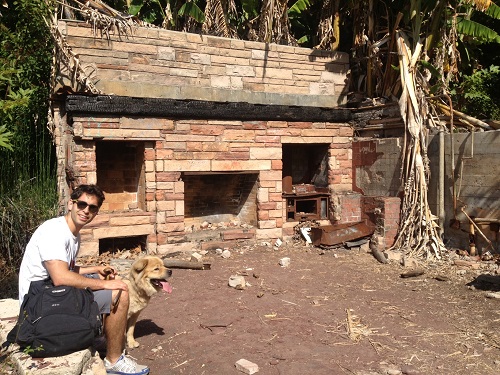 The home burned in the 80’s but you can still see the foundation and some sculptures in the area (which I think we missed when we got lost).

After arriving at the ruins, we decided to follow a little trail up to the waterfall.

Despite the rocky terrain, we climbed our way over the boulders and up to the top, carrying Chow when it got too difficult. From the base of the waterfall, things looked good.

But we weren’t sure where to go next. Did it loop around? Did we just trek back the way we came? The bf decided it would be a good idea to go onward and up. 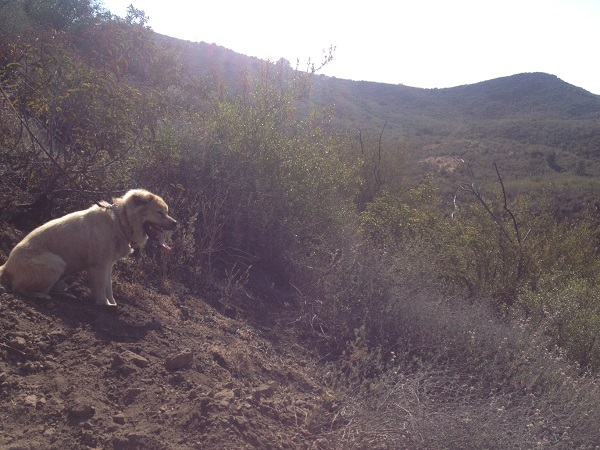 As we traversed our way up the path less traveled, it became more and more apparent that we weren’t going the right way. The dirt beneath us was quickly turning into a landslide, we were both slipping, and Chow straight up gave up and sat down. 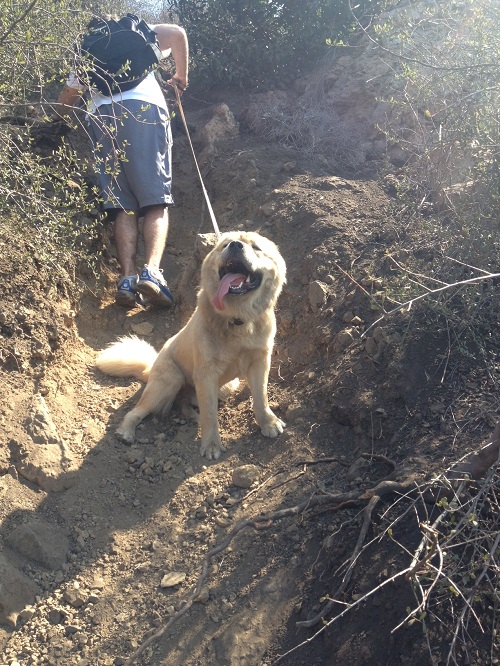 After about 20 minutes (and a lot of worrying from me), we decided to turn back.

Luckily, it wasn’t as disastrous as it could have been. Everyone came out unscathed, though completely covered in dirt/mud. 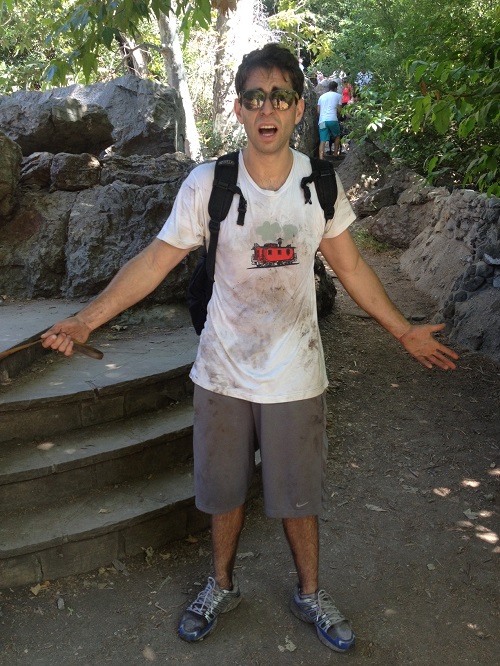 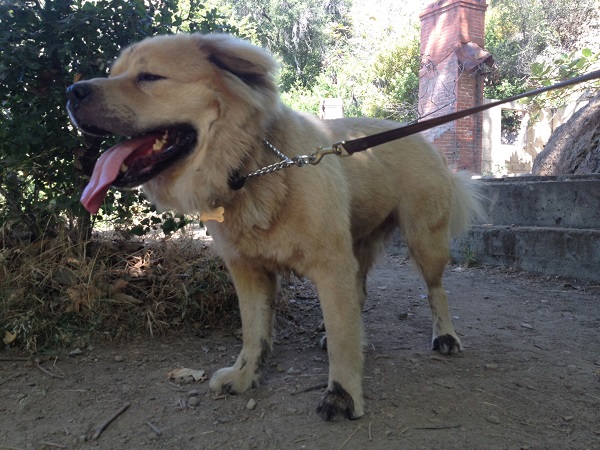 Once we were back on the right path though, all was well again. As we left the waterfall area, I saw a sign I wish I had read in the beginning. 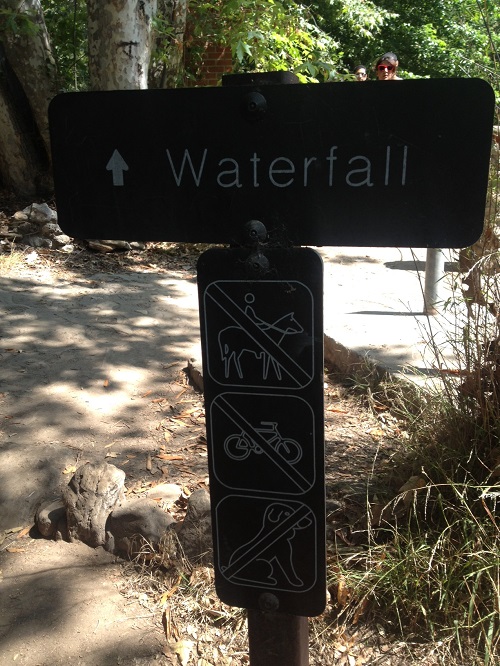 I don’t think we made it the total distance since we went the wrong way, but we got quite the workout climbing on all fours and carrying Mr. Chow.

If you would like to visit Solstice Canyon, it is very beautiful and I highly recommend it, just make sure to follow directions! This article on Modern Hiker gives a very good explanation of the CORRECT paths to take.

Weigh In: Have you ever gotten lost on a hike? What happened?!