Are Artificial Sweeteners Bad For Your Health?

Are artificial sweeteners bad for your health? We’re breaking down the facts on this episode of “The Sitch!”

The Biological Desire for Sweetness

I always say I have a major sweet tooth, but really all people do — humans are biologically designed to prefer the taste of sweetness.

This preference is ingrained in us right from the start. Breastmilk is naturally sweet in order to encourage infant’s intake and offer soothing–which is one possible reason why people turn to food and sweets for comfort.

In our modern culture, this natural desire for sweetness has been exploited by food companies trying to hook consumers by adding sugar to just about everything.

While moderate amounts of natural sugar are perfectly fine, excess added sugar has been linked to a laundry list of medical conditions and obesity, which is what led to the creation of artificial sweeteners.

What are artificial sweeteners?

Unlike the natural sugar found in food, artificial sweeteners are either low or calorie-free and therefore initially thought to be a healthier alternative to sugar.

But a food’s calorie content isn’t a good measure of its healthfulness, and over the years we’ve discovered that just because these artificial sweeteners may be “safe” doesn’t mean they’re without side effects.

Let’s take a look at the real science on these fake substitutes.

Non-nutritive sweeteners can be created through chemical synthesis or derived from plants. The most common artificial sweetener is sucralose, which is 600 times sweeter than table sugar –  no wonder people like it so much!

While artificial sweeteners have been deemed safe by the FDA, new research suggests they may actually exacerbate the same conditions they’re meant to benefit. Research shows consuming artificial sugars increases the risk of obesity, metabolic syndrome, and type 2 diabetes.

One study showed that people who consumed diet soda daily had a 36% increased risk of metabolic syndrome and a 67% greater risk of type 2 diabetes compared to people who don’t drink diet soda.

There are a few reasons why this may be the case.

First up, studies show that consuming low and no-calorie foods and beverages does not decrease total caloric intake in a person’s diet and may even increase cravings.

One study showed that the consumption of aspartame – the artificial sweetener in diet coke and coke zero – increased subjects’ appetite compared to water or glucose, aka natural sugar.

So basically, people make up for the reduced calories in their diet soda by consuming more calories elsewhere in their diet, effectively defeating the purpose of the artificial sugar in the first place.

Another potential reason for the link between artificial sugars and chronic disease stems from the gut. Our digestive system and the microbial communities that live there play a major role in our susceptibility to disease.

Unfortunately, there is a lack of human research in this area – but the data we do have suggests that artificial sugar may disrupt the delicate balance of our gut microbiome.

Artificial Sweeteners and the Microbiome

One study showed that people who consume artificial sweeteners like aspartame have a different microbial composition than people who don’t.

Multiple studies in rodents support this, showing that artificial sweeteners including aspartame, saccharin, and sucralose, aka Splenda, change the composition of the gut microbiota and may result in glucose intolerance, a hallmark of metabolic syndrome.

Now you may be wondering – but what about “natural” artificial sweeteners like stevia, which is derived from a plant?

Studies in humans have shown that stevia is generally safe and non-carcinogenic. One study showed that 1000 mg per day of steviol glycosides did not affect blood pressure or alter glucose metabolism in healthy adults or those with type 2 diabetes.

However, in Scientific Opinion written by the European Food Safety Authority, researchers noted that there is preliminary data to suggest that stevia may have immunostimulating and inflammation-modulating effects and could “raise concern…for individuals suffering from auto-immune diseases and inflammation of the digestive tract.”

This is very vague wording and certainly doesn’t allow us to make evidence-based recommendations for people suffering from these conditions. But – given what we know about artificial sweeteners in general and the fact that they don’t actually afford the disease-prevention benefits they proclaim, I say, why risk it?

I used to drink a lot of Diet Pepsi back in the day, and then a lot of stevia-sweetened products when I learned the harms of diet soda. And then eventually, I just started consuming regular sugar.

Too much of anything is a bad thing – sugar or otherwise.

When consumed in moderation though – or in its natural state in fruits and other plants – sugar isn’t a problem.

And that’s The Sitch. 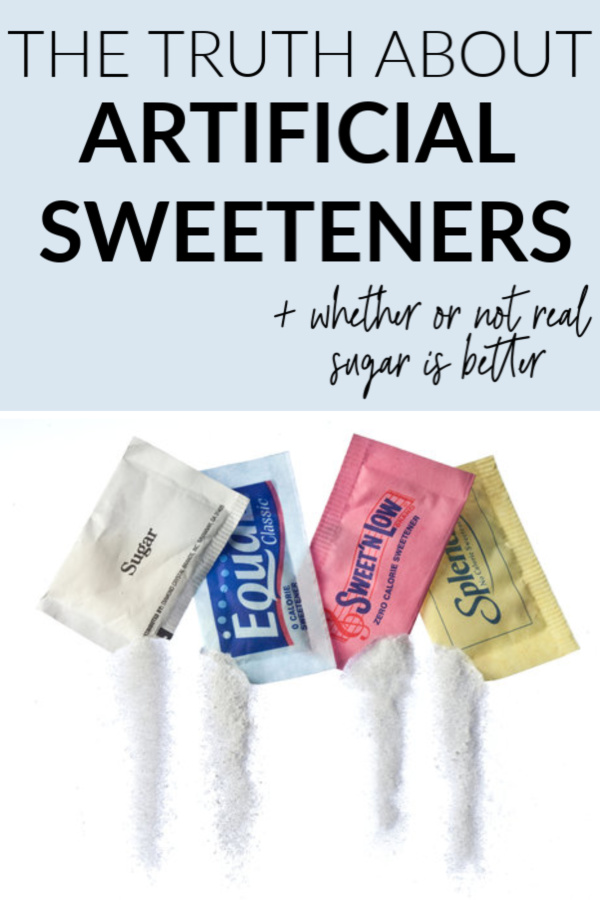 Weigh-in: Do you use stevia or other artificial sweeteners?