Reap the benefits of matcha with a delicious and health-promoting beverage — my Lavender Matcha Latte. It’s simultaneously stimulating and relaxing!

You’ve probably seen this outrageously green powder before — it’s quickly become a popular ingredient in everything from beverages to baked goods thanks to its vibrant color.

Maybe you’re ahead of the curve and already incorporating matcha into your morning routine?

If not, it’s time you jump on the bandwagon as matcha is so much more than just a trendy beverage — it’s an antioxidant powerhouse with incredible health benefits! 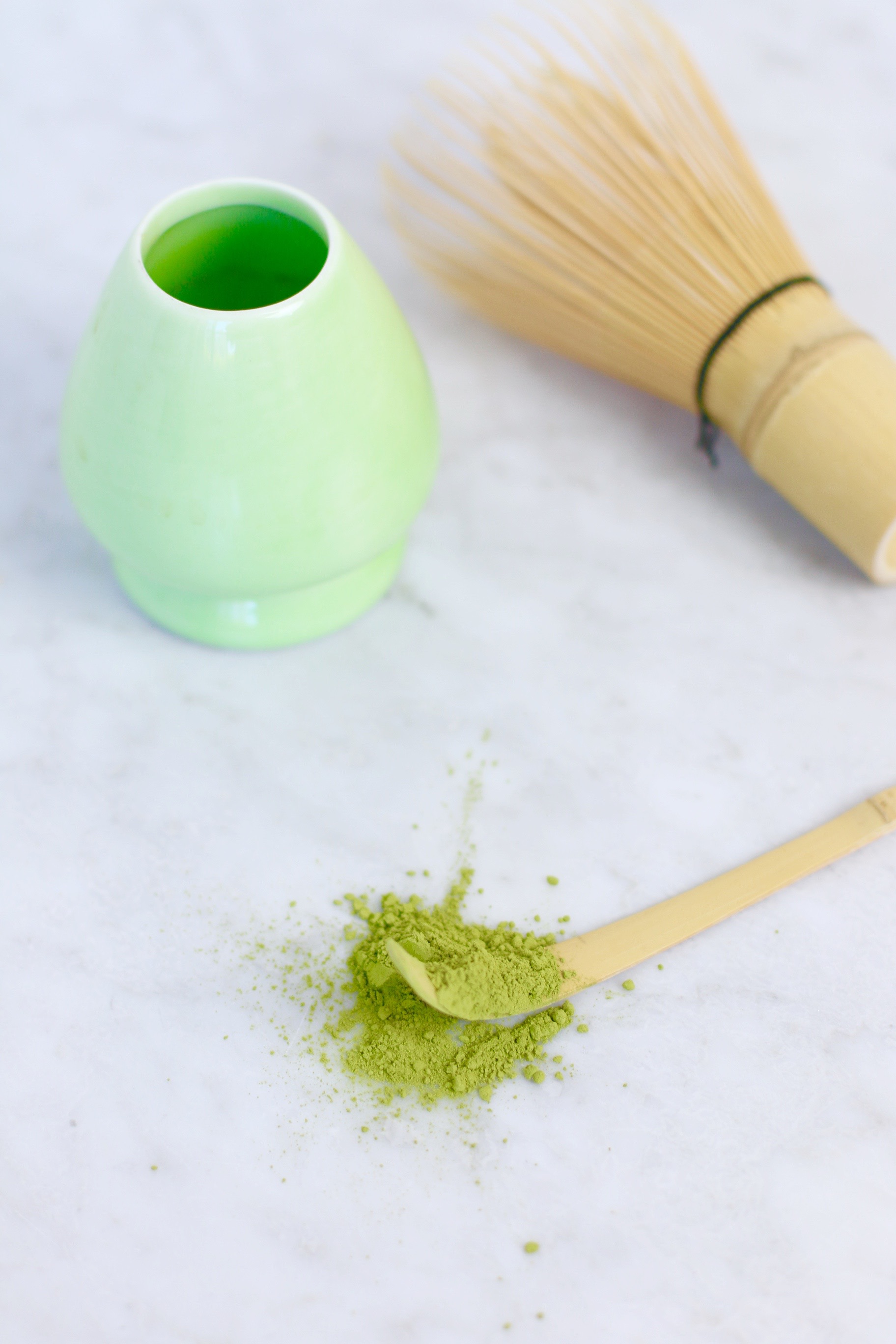 Matcha has been used as a ceremonial tea in Japan for centuries. It’s made by growing green tea leaves in shade, which decreases their growth rates and increases the production of certain nutrients.

Traditional green tea has been shown to reduce the risk of cancer, heart disease, and overall mortality, and matcha is much higher in polyphenol phytochemicals known as “catechins” which are believed to exert many of these health benefits.

Matcha has 137 times the amount of the catechin “epigallocatechin gallate,” aka “EGCG,” compared to some brands of regular green tea.

Due to its antioxidant and anti-inflammatory properties, EGCG has been shown to increase the efficacy of traditional cancer treatments like chemotherapy and radiation and to reduce treatment side effects.

In vitro studies have also shown that EGCG prevents neuronal damage and therefore may be protective against neurodegenerative disorders. 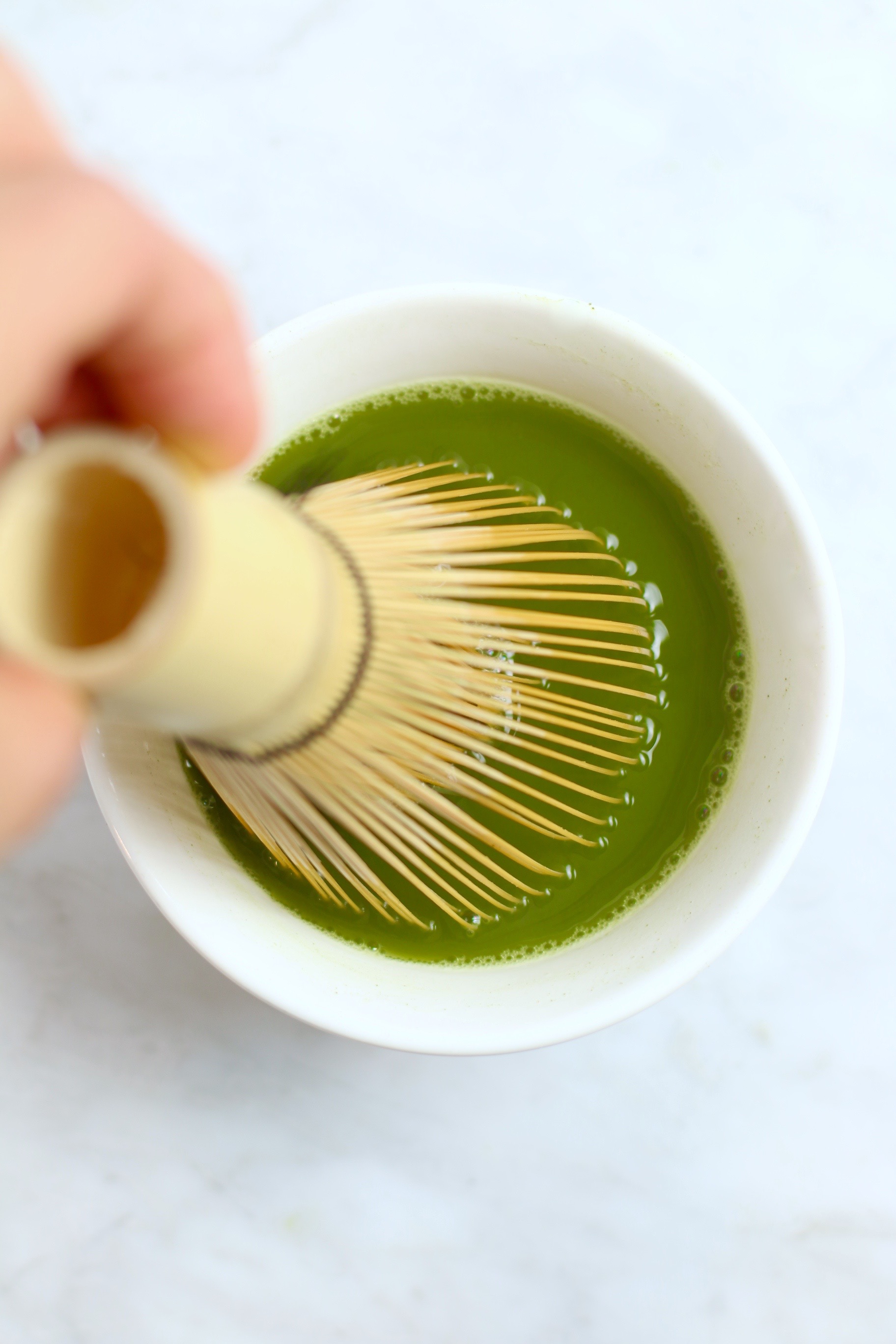 In addition to the effects of EGCG, matcha also has a high concentration of caffeine and the amino acid L-theanine, which may offer additional benefits.

Studies have shown that while caffeine can help to improve alertness and performance on cognitive tasks, L-theanine has a calming effect. Together the two chemicals provide sustained attention, memory, and suppression of distraction with L-theanine potentially preventing overstimulation from the caffeine.

So have I convinced you to give this pretty pick-me-up a try? 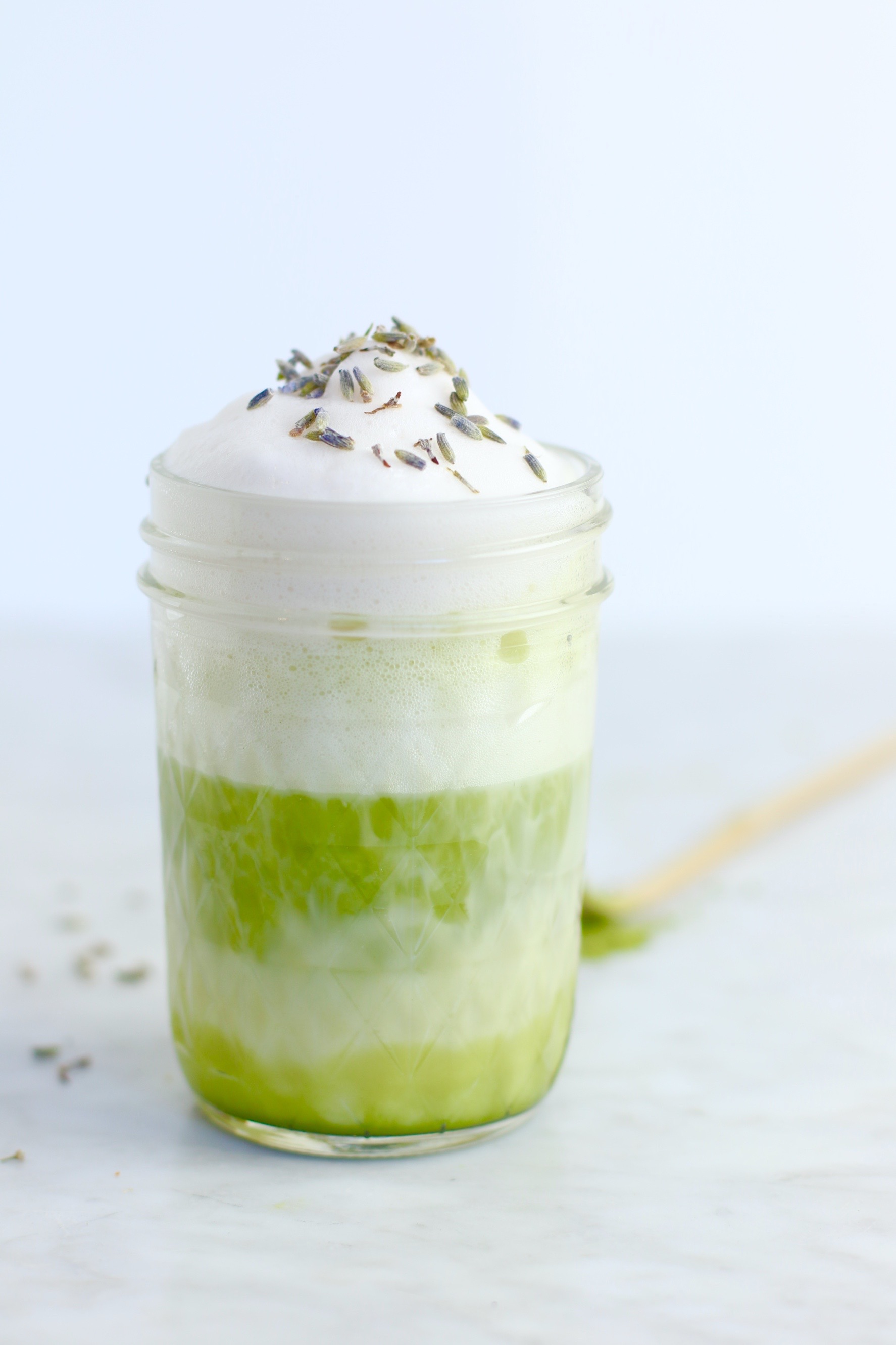 I personally like to make matcha lattes at home, and when I’m feeling particularly fancy, a Lavender Matcha Latte!

Lavender is another herb known to possess a calming effect and it adds a lovely taste to a traditional matcha latte.

Watch this one-minute video for the super easy step-by-step directions!

While it may be fun for matcha-connoisseurs to buy elaborate ceremonial tea setups, you don’t need fancy equipment to make this drink or a simple matcha latte.

Use a fork or whisk to stir the matcha, and simply heat the milk in the microwave if you don’t have a frother.

Fyi — you can find edible dried lavender at some health food stores, or buy it online (this is the kind I use). Most grocery stores carry tins of matcha, or try handy to-go packets.

Now because I spoke a lot about the health benefits of single nutrients in matcha, I want to make sure to leave you with an important note — I don’t recommend taking green tea supplements.

As I always say, it’s all about synergy! The compounds in green tea/matcha all work together to confer health benefits, and you wouldn’t want to miss out on any of them by taking a supplement that could be lacking in some of them. 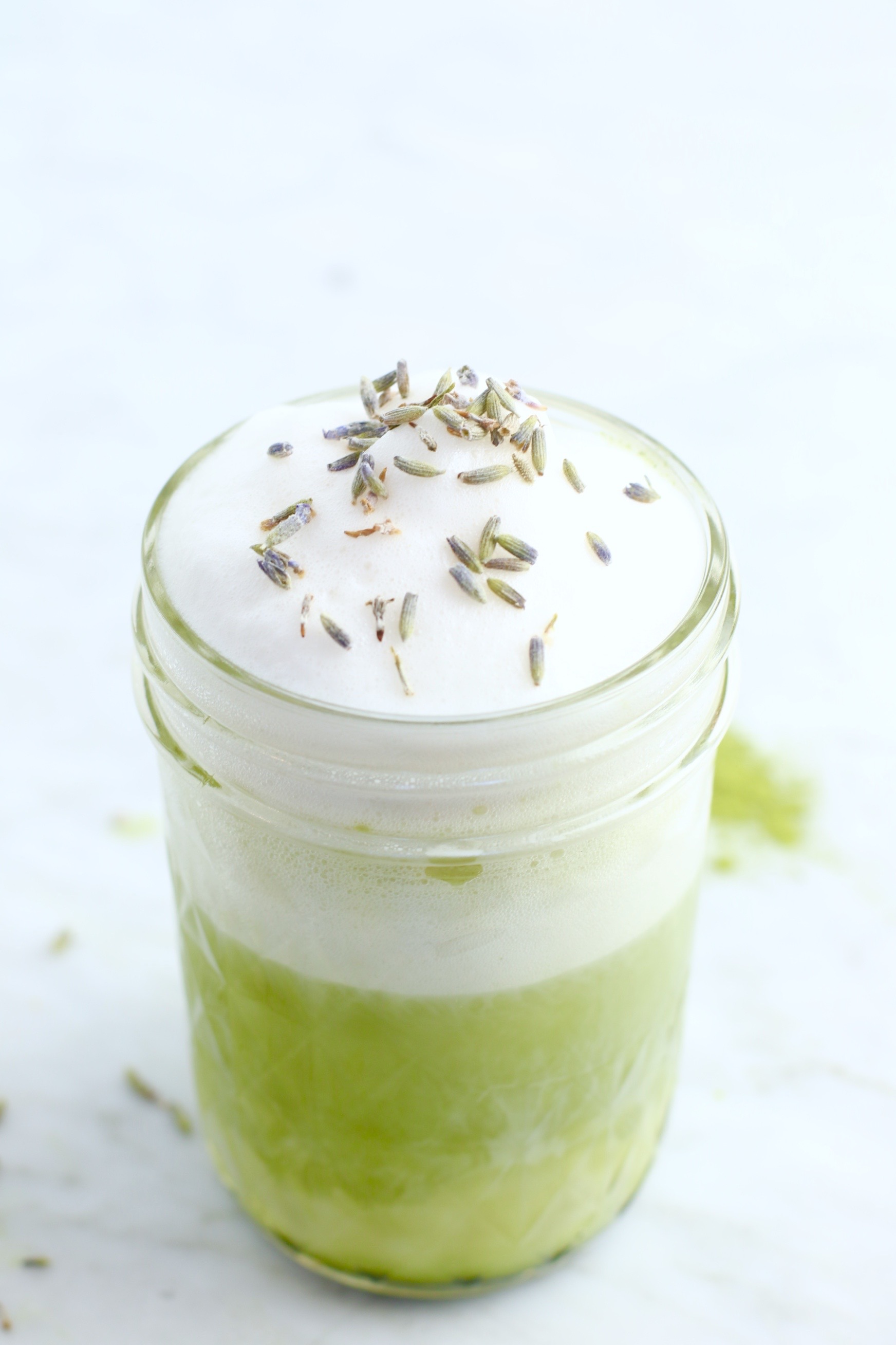 Weigh In: Do you drink green tea or matcha? Have you tried making a matcha latte?