The Secret to Perfectly Baked Salmon Every Time 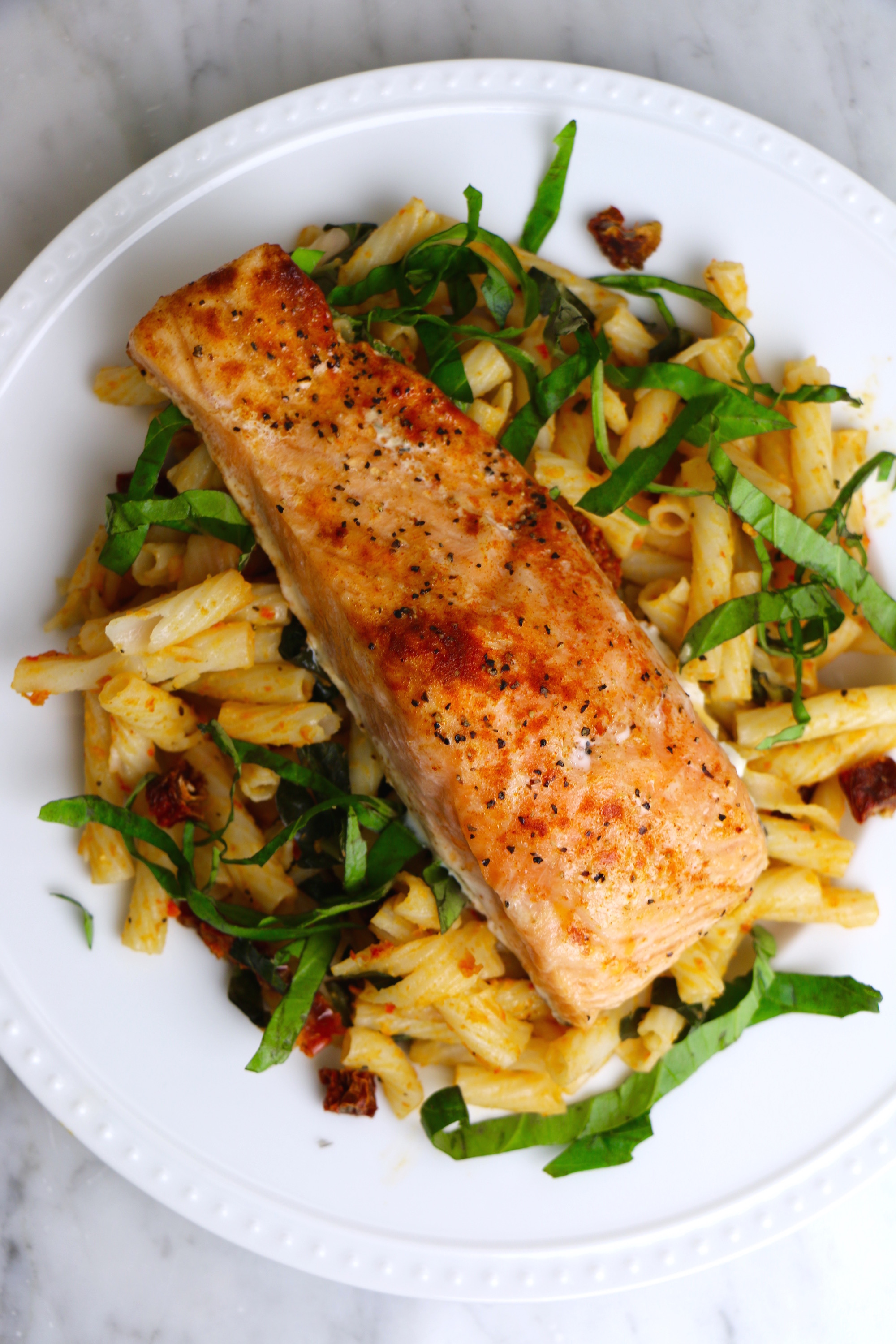 I love salmon. I like it grilled, baked, packed into a patty, served straight from the ocean. I like it a lot.

But the problem with salmon is it can be a pain to cook. I used to hate making salmon at home because every time I did, it was a complete roll of the dice on whether it would turn out well.

Often I’d overcook it and it would be way too dry — to the point that it was inedible without a massive amount of sauce or something to jazz it up.

Then one day, I learned about a brilliant technique. It’s called the “low and slow” method. 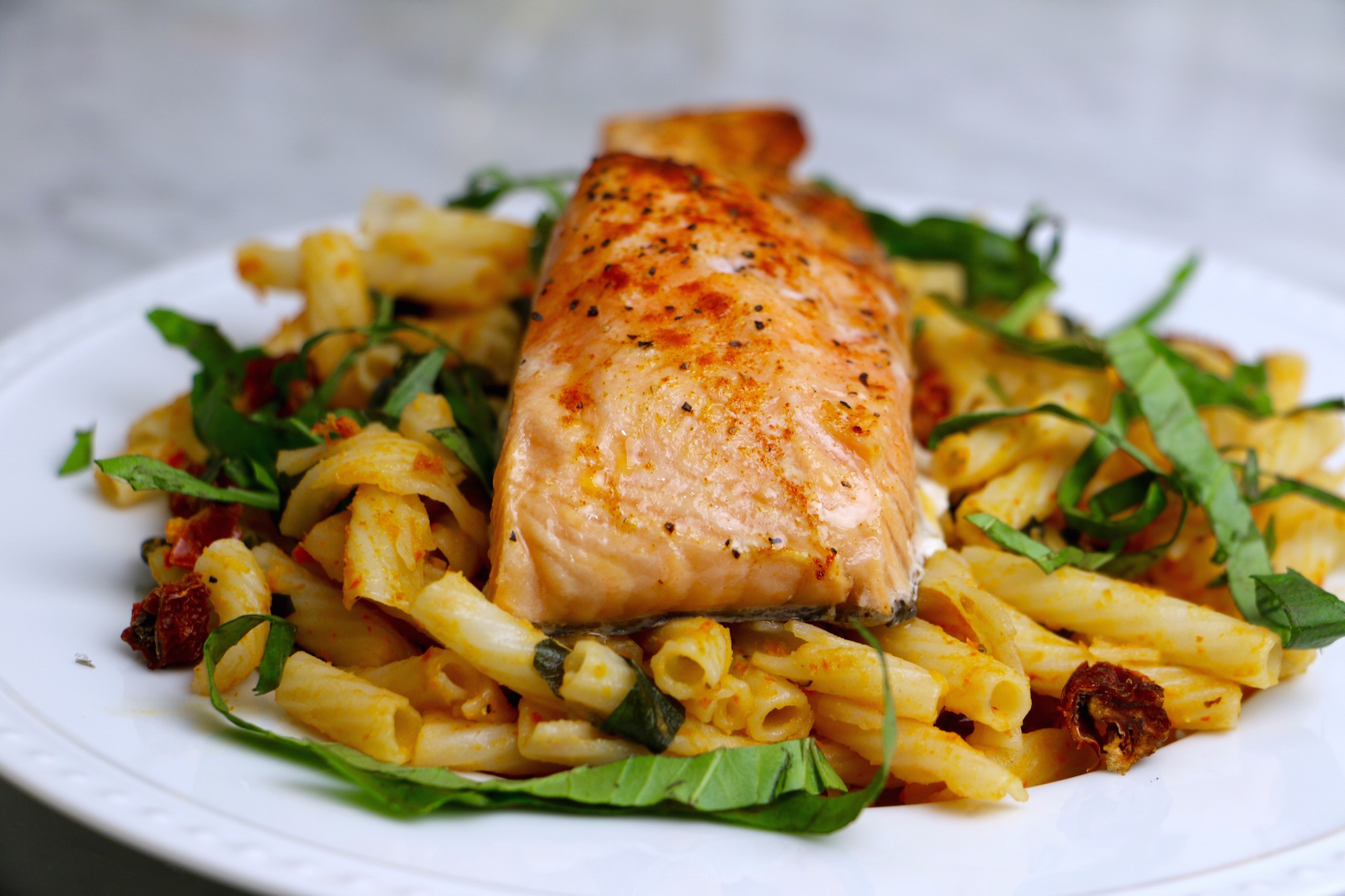 The gist is — you bake the salmon at a pretty low temperature (275°F) for a longer amount of time than you’d usually cook fish (30 minutes).

I was skeptical the first time I tried it, but absolutely blown away when I took my first bite. Perfection.

This technique produces salmon that is moist, flakey, and melts in your mouth. With a few minutes of broiling to finish it off, you’ll also get that so desired crispy crust on the outside.

I was so pleased with how it turned out, that it’s become the only way I cook salmon now. It’s foolproof. 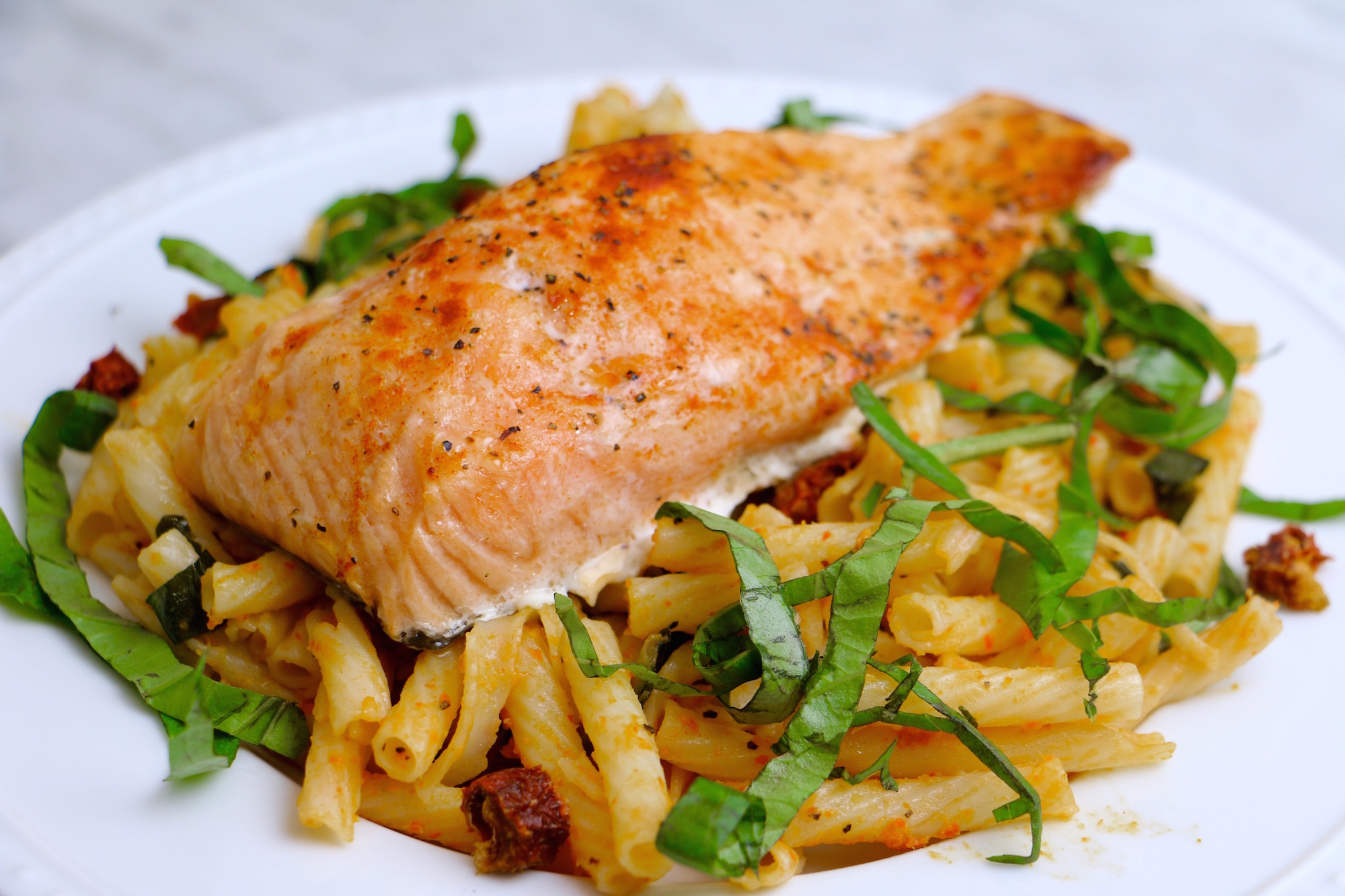 It’s also incredibly simple. You just toss that sucker in the oven, set the timer and go about your business. The awesome part about this is that the temp is low enough that if you went a little over 30 minutes, it really wouldn’t jeopardize the moisture.

Before, I’d hover around the oven, watching and waiting, desperately trying to figure out if my salmon was cooked enough. Taking it out, finding it needed more time, putting it back in, then overcooking it. It was always a disaster.

No longer though. Now I’m serving up salmon on the reg and it comes out amazing every time.

So for all my fellow fish fearing cooks, fear no longer. Here’s my super super simple baked salmon recipe.

I simply watered it down a bit to get a thinner consistency and voilà, the hummus was transformed.

I know it sounds weird, and that’s what my hubs thought too when I told him what was transpiring in the kitchen, but it just works. Trust me.

He ended up saying it was one of his favorite dishes I’ve made and asking for it to be added to our weekly rotation.

Anyway, back to the salmon — this even works with frozen salmon. Don’t ask me how, but it does. You don’t even need to change the time.

Lastly, the salmon will look a bit lighter than you’re used to, almost undercooked. It’s not. That’s just how it looks.

If you’re scared of undercooking, get a meat thermometer and stick it into the fleshiest part of the fish. The safe internal temperature for fish is 145°F.

The Secret Trick to Perfectly Baked Salmon EVERY TIME! via @whitneylenglish

Weigh In: Have you tried the low and slow method for baking salmon? Will you?