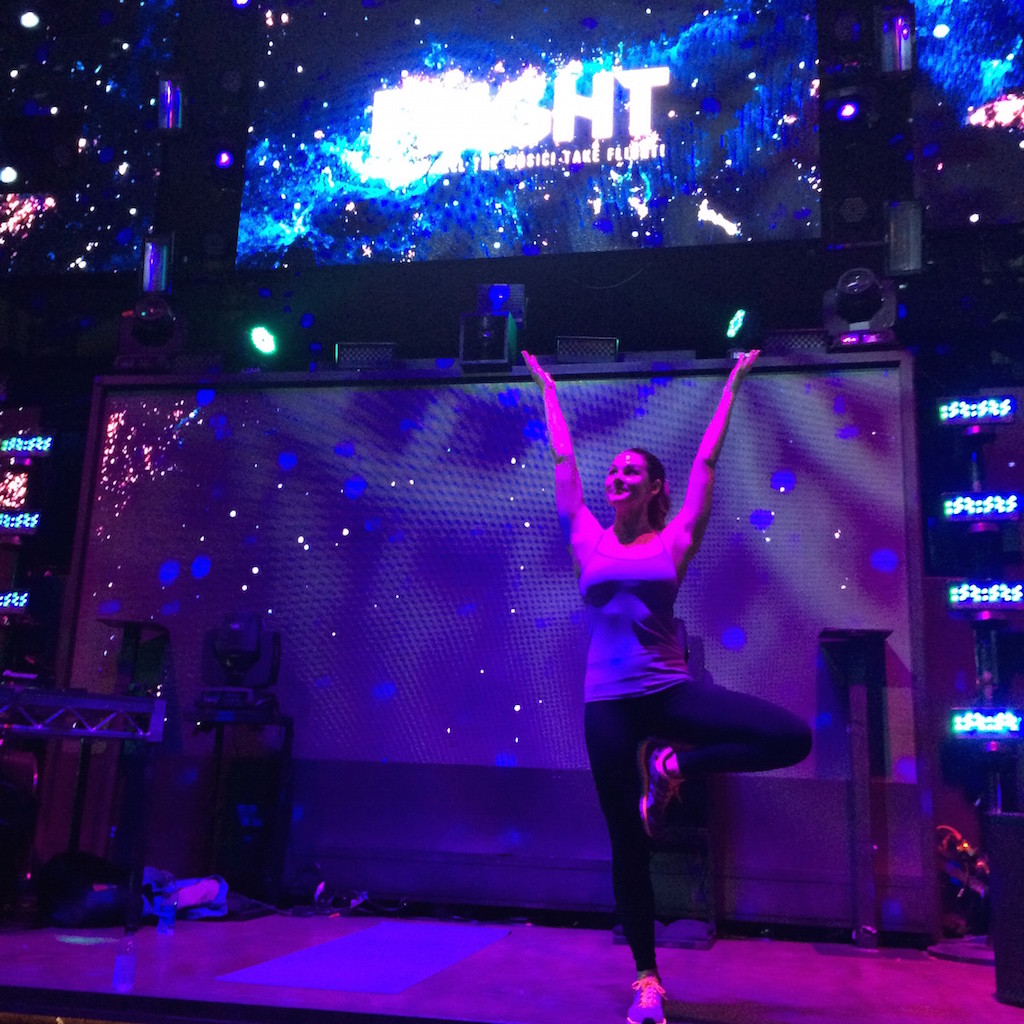 Have you ever found yourself shaking your booty at a club, working up a sweat, and thought, “I wonder how many calories I’m burning?”

The answer: probably not as many as you’re taking down in Cosmos, but hey, it’s better than just sitting on your bum in a musty bar.

The revelation that dancing is a totally awesome way to workout is not something new. Zumba and similar cardio dance workouts have been capitalizing on the idea for a while now.

But what’s sure to be the next fitness craze has touched down: Flight, celebrity trainer Sydney Benner’s new Los Angeles based workout series that merges dance fitness with a super energizing club vibe, complete with a psychedelic light show and live DJ. 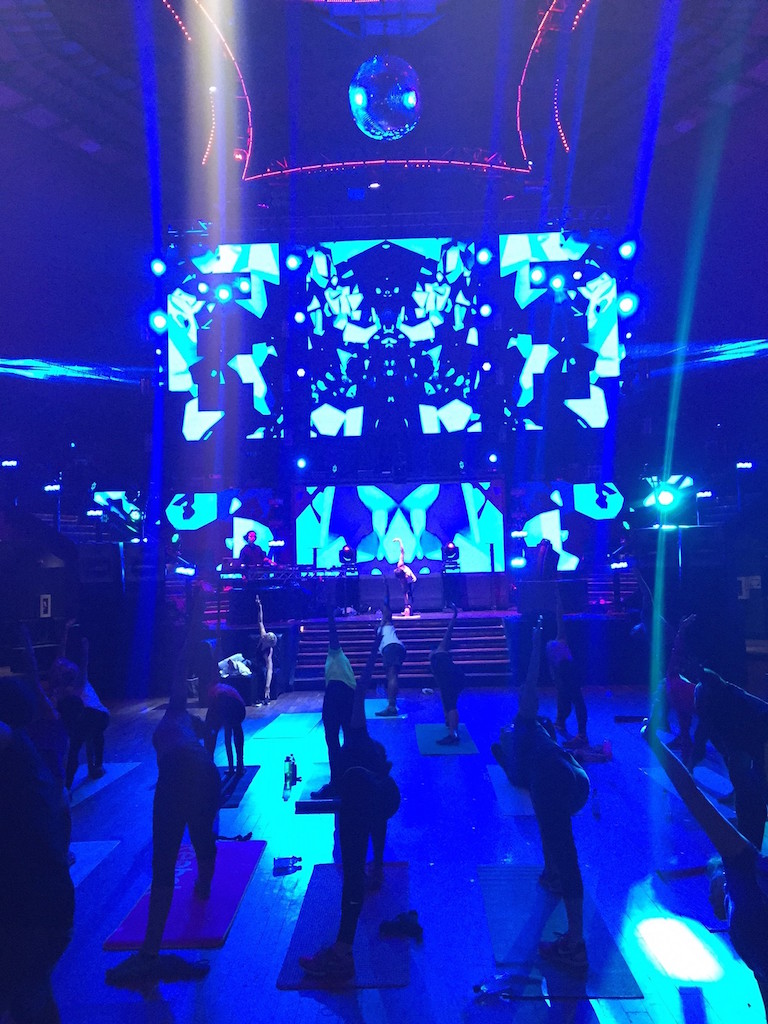 I can vouch for that. I tried the class a couple of weeks ago, Sydney’s fourth in the series, and I can tell you — it was better than a night out on the town. Sydney’s workout had everything great about a nightclub, minus the alcohol and annoying lines for the bathroom. 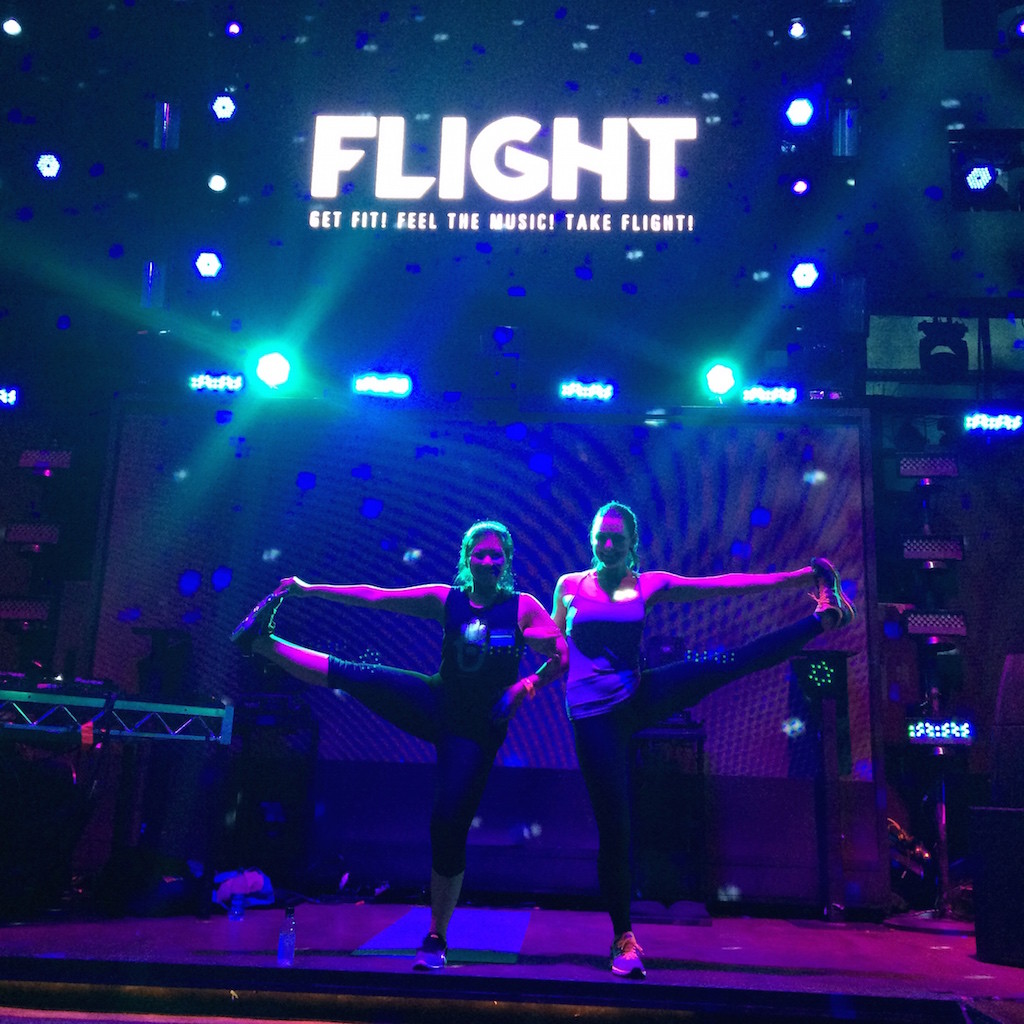 Sydney seamlessly transitions between cardio bursts and bodyweight sculpting exercises so that your heart keeps pumping the entire time, but you’re still able to catch your breath between beats. 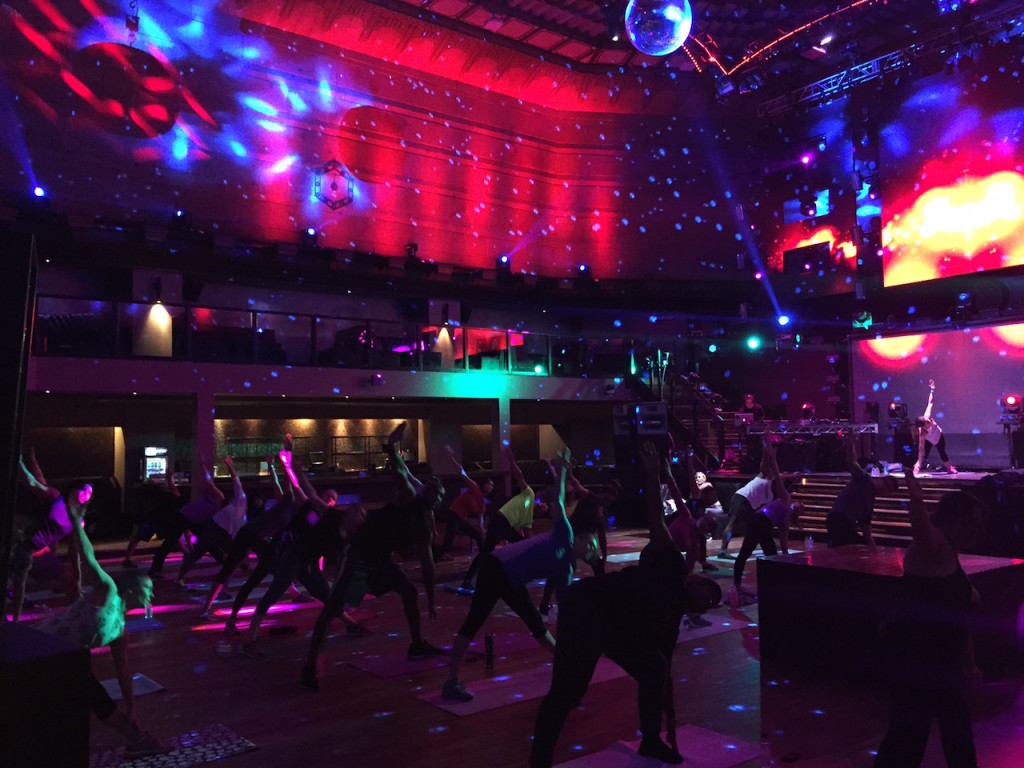 Not only is Sydney super savvy and inspiring for coming up with this concept, she’s also an incredibly cool, dedicated chick. She loves this workout so much that even after seriously injuring herself just minutes before our class, she still stuck around to instruct from a chair while her assistants demonstrated — and she iced her ankle.

It turned out the accident was so bad that she had to go straight to the emergency room after the class. You wouldn’t have known it though from the smile on her face and the enthusiasm in her voice.

Suffice to say, I was impressed.

I got a chance to chat with Sydney post-ER to find out how she came up with this amazing workout and the key to her healthy lifestyle. 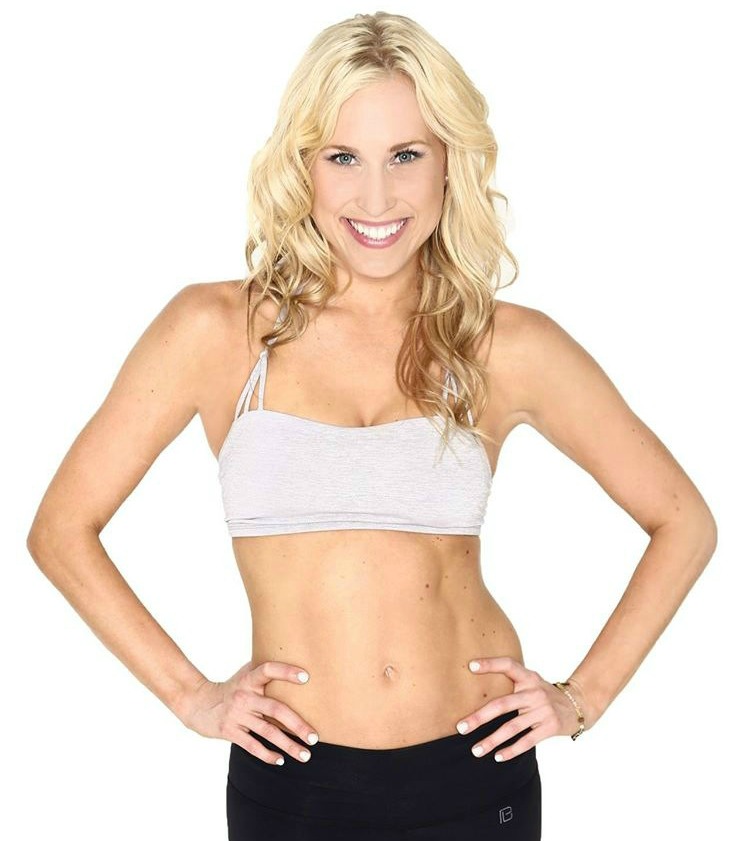 Q: Flight is such a unique concept, how did you come up with it?

“I was asked by a friend to go to the Electric Daisy Carnival in Vegas. It’s all electronic music and the most popular DJs. There is this stigma that is attached to this world that it’s pretty unhealthy. I went in and it was so exciting. There are lights everywhere, everyone is dancing, and I didn’t stop moving for like 7 or 8 hours. I had an epiphany. I was like, “I want to bring this to the fitness space because this is the best workout I’ve ever had.”

Q: It sounds like music is an integral part of the workout…

“I grew up dancing. I’ve been moving my body and been in fitness since I was a kid. I’m moved by the music.”

Q: Spill, what are your 5 favorite songs to sweat to right now?

Nora En Pure – Come With Me

Q: Do you practice a specific type of diet?

“I have tried every diet in the book because I want to know where I feel best. I am a pescatarian, so I eat fish and I do a lot of raw foods – veggies and fruits in their purest form. I do eat eggs, but I do not meat. Lots of greens. I juice every single morning and I stay away from desserts.”

Q: What about snacks – what do you eat on the go?

“I have to admit, I know kale is super trendy, but I love my kale chips. And I love cashews. I always have an apple with me because I’m always running from studio to studio to teach. I teach about 15 classes a week.”

Q: You’ve trained celebs in the past, who is your “Celeb Fitsporation?”

“I’m a huge fitness fashion girl. I really love BodyLanguage Sportswear. It’s made here in Los Angeles and I like that they’re local.

Q: And last question, but most important, how are you doing?! Everyone was very concerned about your injury at the class.

“I am doing much better. I’m starting to walk. It’s the longest I’ve ever been out. I love teaching and I forgot about the pain, but as soon as it was over I was like ok, we can go to the emergency room now!”

If you’re interested in Flight, you can try the workout by following along with Sydney’s BeFit workout videos on YouTube and keep an eye on their website for the next live event.

Weigh In: Are you into dance fitness? What’s your favorite song to sweat to?