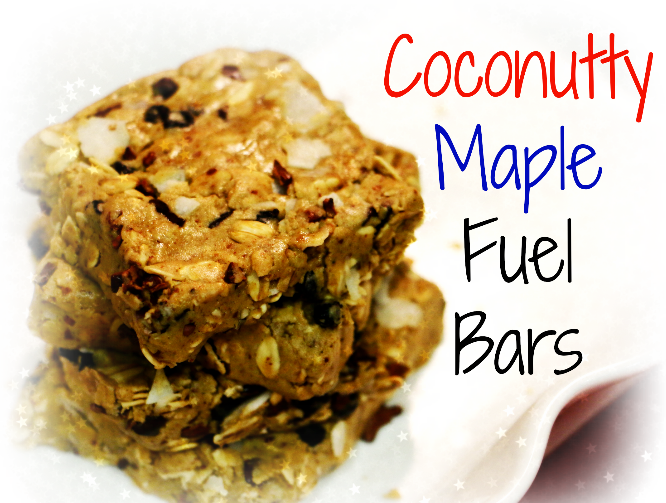 Oh, you’re going to dinner and a movie instead? Yeah, me too.

That’s not to say I’m not excited for the Olympics. I am. I’m just not extremely jazzed about watching people push balls around with brooms — that’s what curling is, right?

As I’ve mentioned before, I’d rather be active myself than watch other people on T.V. being active.

But as I also mentioned before, I love themes. So when holidays and big events come around, I get super excited to theme everything I do accordingly.

So when Gigi and I teamed up with Canada’s Pure Maple Syrup for our Fit & Foodies Cook-A-Long yesterday, we decided it was perfect timing for an Olympic-themed snack.

Maple Syrup is a natural energy booster, so it’s a great way to sweeten up your protein snacks and to keep you fueled during a workout. Athletes — those doing endurance sports especially — need readily available carbs to burn off during intense exercise.

Although it is still sugar, when you eat it before a workout, you’re safe in the knowledge that those carbs will be the first to burn during your exercise. 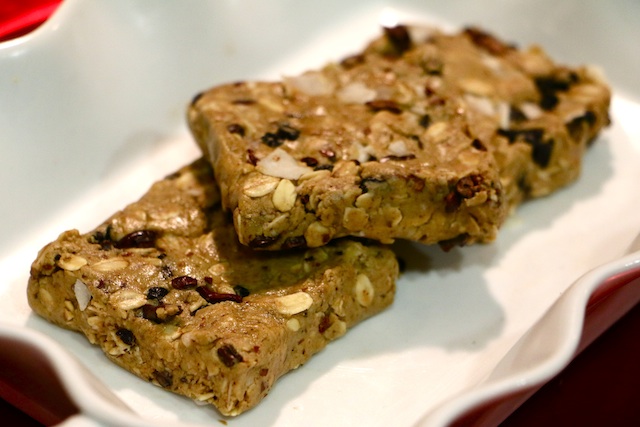 We had left-overs from the cook-a-long last night so I eagerly gobbled one up before a particularly grueling Sweat Garage workout this morning and it kept me fueled the entire time.

by Gigi & Whitney of the Fit & Funny Foodies 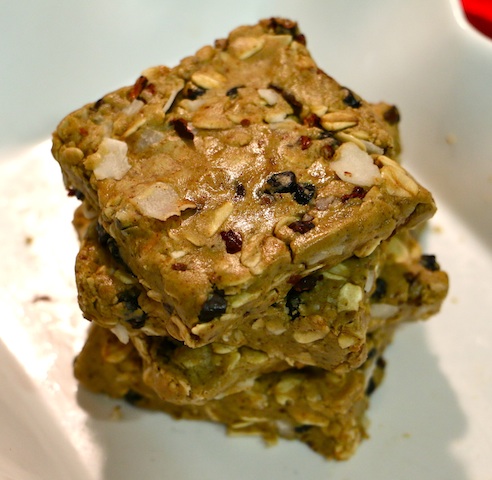 1. Mix the dry ingredients in a bowl.

2. Toss the coconut oil in the microwave for about 15 seconds to loosen.

5. Line a baking pan (8×8) with wax paper and press the mixture into the pan. Using a rolling pan to flatten if you need.

6. Slice and eat, or wrap them in plastic and store in the refrigerator for later. 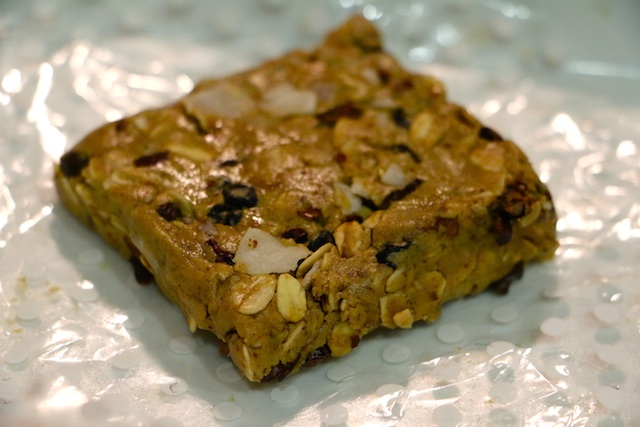 These bars are seriously the tastiest things ever and they only take about 10 minutes to make. Try them out this Olympic season.

Hopefully they’ll get you off the couch, and out being active!

***Head over to The Big Man’s World where Arman and I are launching the first feature of our new series, Trending: L.A. vs. Sydney. We’re comparing all the best and most bizarre health trends from one global hotspot to another.***

Weigh In: Will you be watching the Olympics? What’s your favorite event? Thoughts on curling?

This error message is only visible to WordPress admins

Error: API requests are being delayed for this account. New posts will not be retrieved.

This error message is only visible to WordPress admins

Error: API requests are being delayed for this account. New posts will not be retrieved.