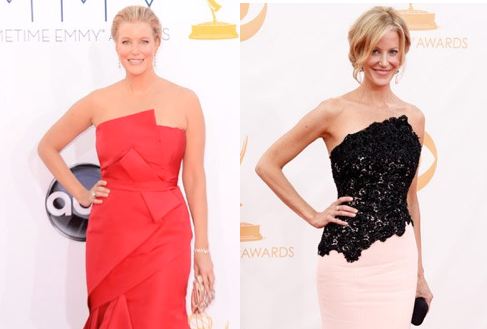 I knew I wasn’t the only one who thought something was up with Anna Gunn’s drastic weight loss.

Emmy viewers were shocked Sunday night to see the Best Supporting Actress winner looking extremely thin on the red carpet after a noticeable weight gain during season 4 of Breaking Bad.

In response to fans concern, Gunn finally addressed the issue to People Magazine explaining that her weight gain was caused by a medicine she was taking for some mystery illness.

“I was actually ill while I was filming the show and it affected my weight,” said Gunn. “They gave me cortisone and I puffed up and gained weight. Now I’m better, thank God.”

She went on to say that she dropped the weight by doing Pilates and chasing around her two young children.

I immediately wondered, can a medication really effect someone’s weight that much? And how does that explain the fact that she’s even thinner than she was pre-weight gain?

I turned to my friend Dr. Joshua Goldman, a resident physician at UCLA and Editor-in-chief of House Call, MD, for answers.

Dr. Goldman told me that cortisone is a slang term for a group of medications called corticosteriods which are used in two ways: in medical emergencies and for the long-term treatment of disease management.

In the first case, they might be used if someone was having an asthma attack or an allergic reaction. In the latter, they’re used to treat autoimmune diseases like lupus or arthritis.

As it turns out, the long-term use of these medications is commonly associated with weight gain. More specifically, it can produce “Cushingoid symptoms,” i.e. rapid weight gain in the face, abdomen, and back of the neck. Yikes!

I did a little more research and found out that Ashley Judd actually said she suffered from similar symptoms in 2012 after using steroids to treat a serious sinus infection.

So it appears Anna Gunn’s explanation is totally legit. But it doesn’t really explain her extreme weight loss.

Dr. Goldman told me that once a person discontinues use of a steroid, they should be able to return to their starting weight in six months to a year.

“People who gain weight on steroids have it slightly easier than the average person in terms of losing weight after stopping the medication because their body will trend towards its previous weight now that you’ve removed the weight-gaining stimulus.”
Note, he didn’t say they lose more weight.

Here’s a picture of Anna in 2008, prior to the weight gain, looking happy and healthy. 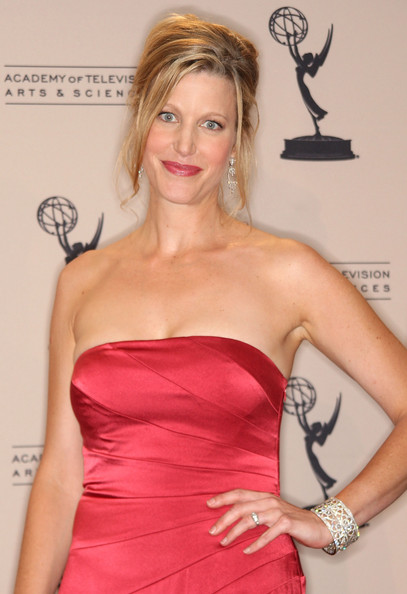 It’s clear she’s much smaller now than she was before.

Whatever is or was going on with Gunn though, I just hope she’s doing ok. I’ve loved watching her on Breaking Bad over the years and hope to continue to watch her star rise in whatever project she chooses next.

Thanks to Dr. Goldman for his help with the research in this article!

Weigh In: What are your thoughts on this? Does it bother you when you see actresses looking so thin? Or do you think people need to mind their own business?