Is Kim Kardashian Dropping Her Baby Weight Too Fast? 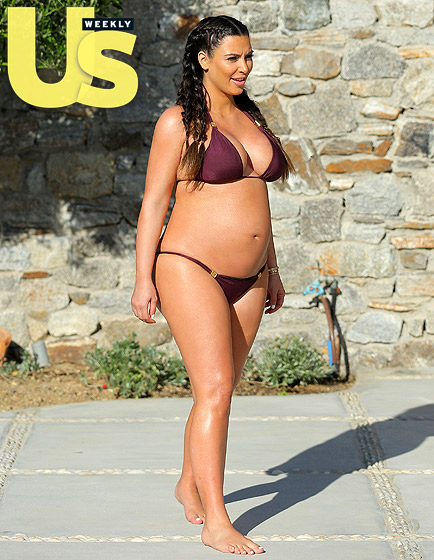 With all the celebrity baby buzz recently — Kim Kardashian, Penelope Cruz, and of course Britain’s new pride and joy — the race to drop pregnancy weight has been a hot topic lately.

Last week, reports surfaces that Kim Kardashian was planning on debuting her new post-baby bod on her mom Kris Jenner’s new daytime talk show sometime this summer, and that she’s already dropped 20 of the 50 pounds she gained while pregnant with baby North West. Don’t even get me started on the ridiculous name subject.

I reported on the news on The Buzz:

It wasn’t until after I watched the video back that I thought:

“Twenty pounds in one month? Isn’t that a little extreme?”

According to this article from Dr. Elizabeth Ward on WebMD, women shouldn’t even think about dieting or losing weight until at least six weeks after giving birth, especially if you are breast feeding. Once you are trying to drop those extra lbs, 1-2 pounds a week is the safe amount to aim for.

If Kim isn’t embellishing her recent loss, that would mean she’s dropping about 5 pounds a week and that she started immediately after giving birth. Hmmm, that doesn’t sound right to me.

Ward says that restricting calories immediately after pregnancy can affect the quality of breast milk, lead to a loss of muscle tissue and zap energy that moms so desperately need when taking care of a newborn.

I understand though that Kim is under major pressure to lose the weight. The poor girl (ok, poor might not be the right adjective) is constantly in the public eye (though self-imposed) and has received a ton of criticism over her weight gain. 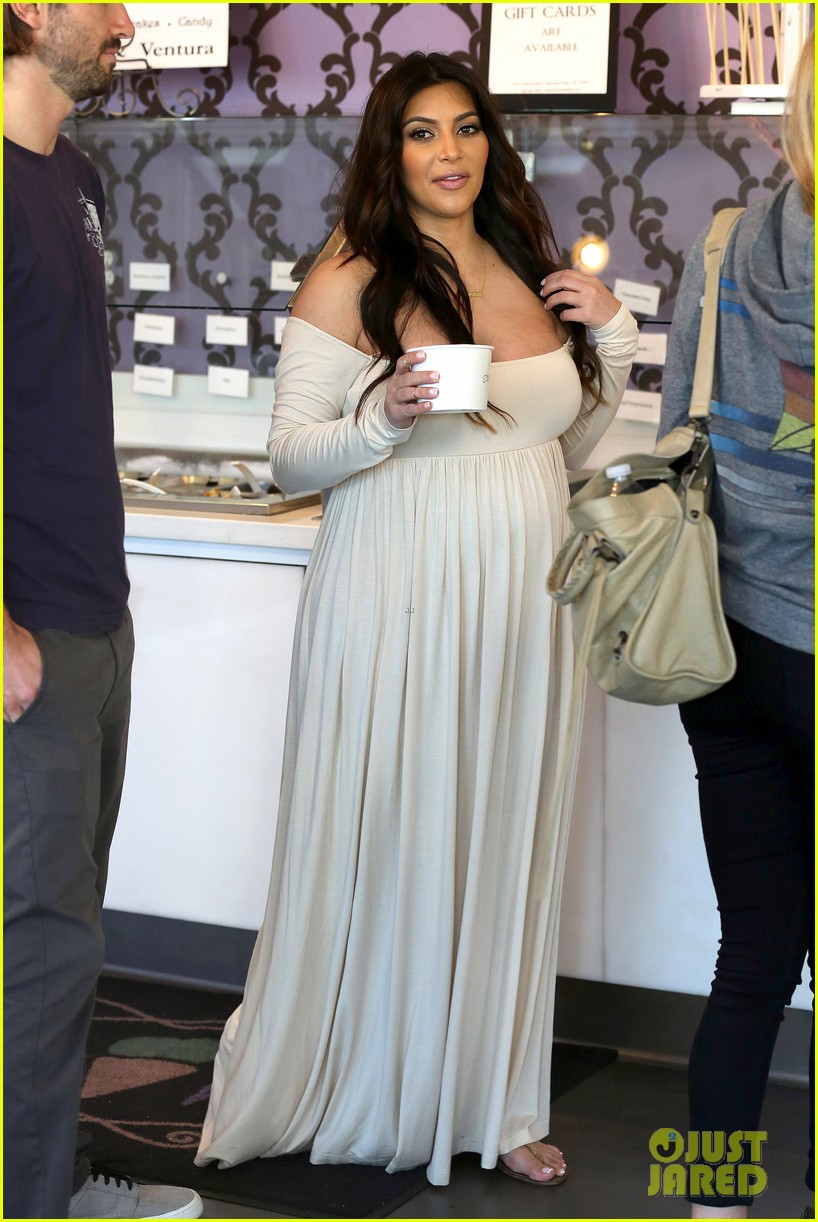 The average woman is only supposed to gain 25 to 35 pounds during pregnancy, and 45 with twins. And of course, there are the supermodels and actresses out there who are making everyone feel inadequate, pregnant or not. 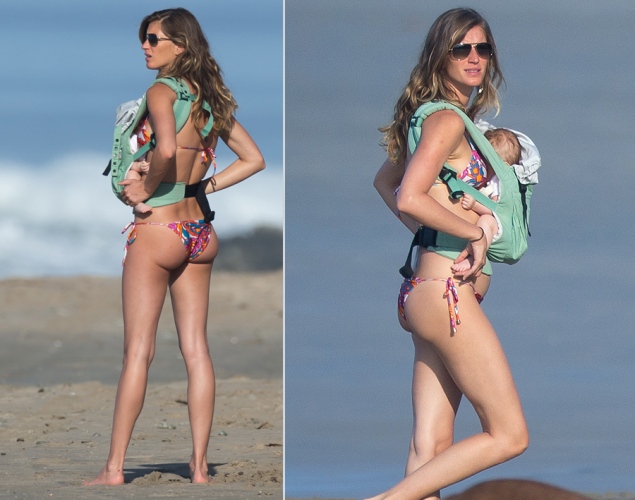 Just look as Gisele three months after giving birth to her daughter Vivan: Hollywood Mom’s Before & After Giving Birth >>

Ugh, makes you want to eat lettuce for the rest of the day doesn’t it?

So, I guess we can sympathize with Kim’s overzealous efforts to lose weight. I mean, clearly she’s not the only one in Hollywood obsessed with it.

So what is the healthy way to approach losing baby weight? Doctors say you should start before giving birth by eating a healthy diet (not eating “for two”) and sticking to your regular exercise regimen.

Gisele said her weight came off pretty easily because she did yoga three times a week and kung-fu, right up until she gave birth to her son.

Ward says you can begin to exercise again a couple of weeks after giving birth and start to diet at the six week mark, if you’re not breast-feeding. If you’re breast-feeding though, Ward says you should not diet until you’re done. She also adds that it’s a myth that breast feeding will help you drop weight.

It seems like a lot of info to process.

The most important take away though is this: losing all of the baby weight immediately after giving birth is not only not normal, it’s not healthy for you or your baby. The average woman takes three to six months to drop all of her baby weight, and that’s assuming she didn’t gain an unusual amount of weight.

So while Kim Kardashian’s attempt to drop 50 pounds in a mere two months may be well-intentioned, it’s clearly misguided. Kim needs to focus on keeping herself and her baby girl healthy.

I mean, this kid’s going to have enough trouble growing up with a name like North and a dad who called himself Yeezus. 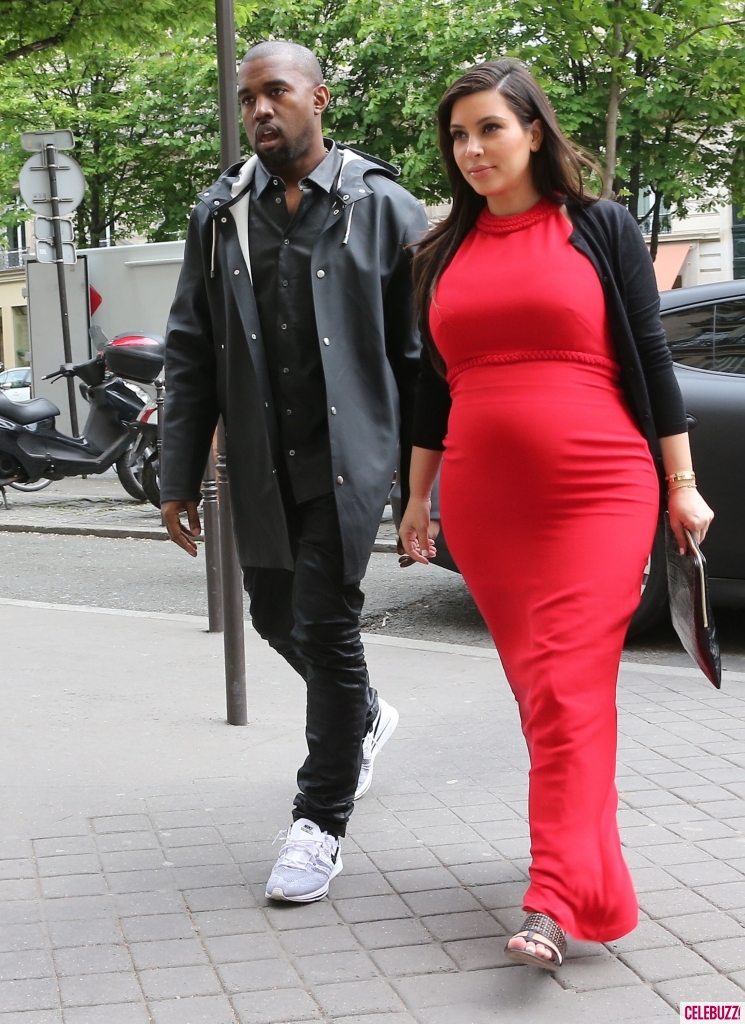 Weigh In: What do you think of celebrity baby weight loss? Do you have kids? How long did it take you to lose the weight? Do you want to see Kim’s post-baby bod?